According to the Oslo agreement, the West Bank was to be divided into three control zones for a transitional period of five years.

Area A includes the Palestinian cities, where lives most of the population of the West Bank and the Palestinian Authority holds governmental powers: civil and police force.

Area B includes large rural areas, with full security control of Israel. Palestinian authority in charge of civil matters only.

Area C covers about 60% of the West Bank with many Palestinian villages. Since the Oslo agreement settlements have been continuously built in despite the lack of permits. Often, permissions were granted retroactively.

In the rule of the Oslo agreement,  Israel bans all Palestinian construction and development and denying basic human rights of the Palestinians.

At the same time, Israeli settlement expansion is encouraged.  The development of the settlements is inflicting land misappropriation While voices both government and pressure groups of settlers are seeking to annex the C area.

Lately, the is annexation presents an even more dangerous threat to Israelis and to Palestinians altogether. Annexation would result in a continuous state of affairs in which two sets of laws apply to two adjacent populations and would undermine Israel’s democracy 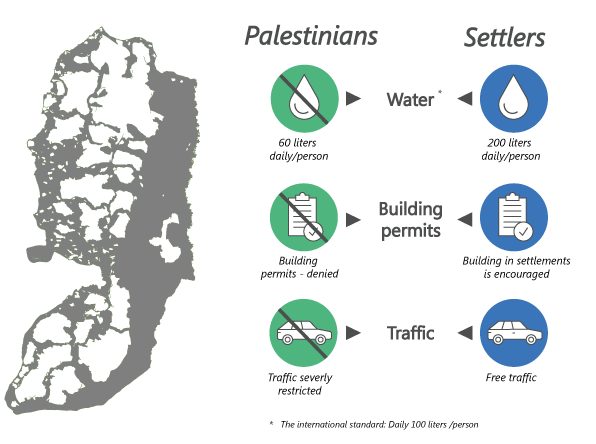 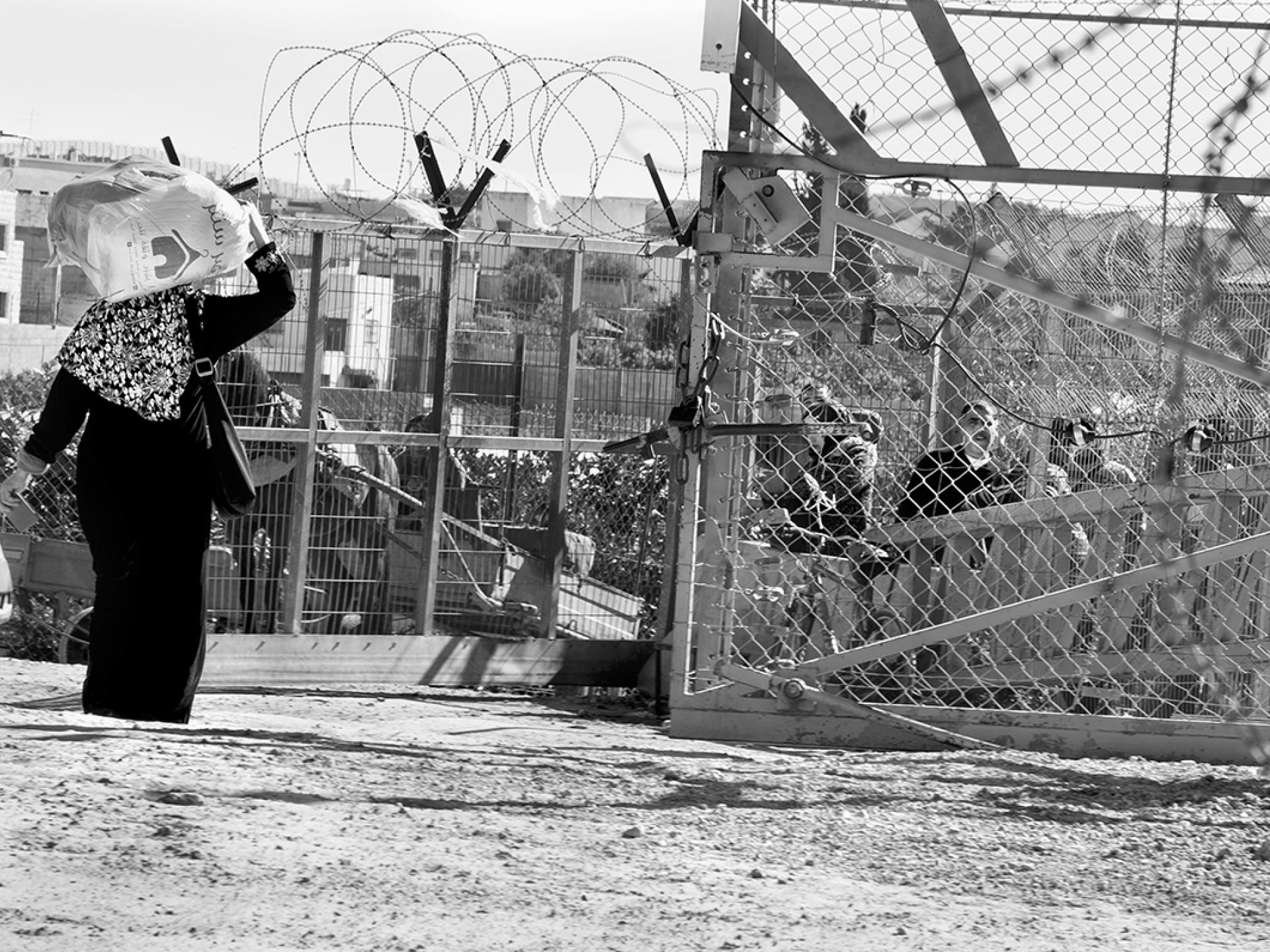 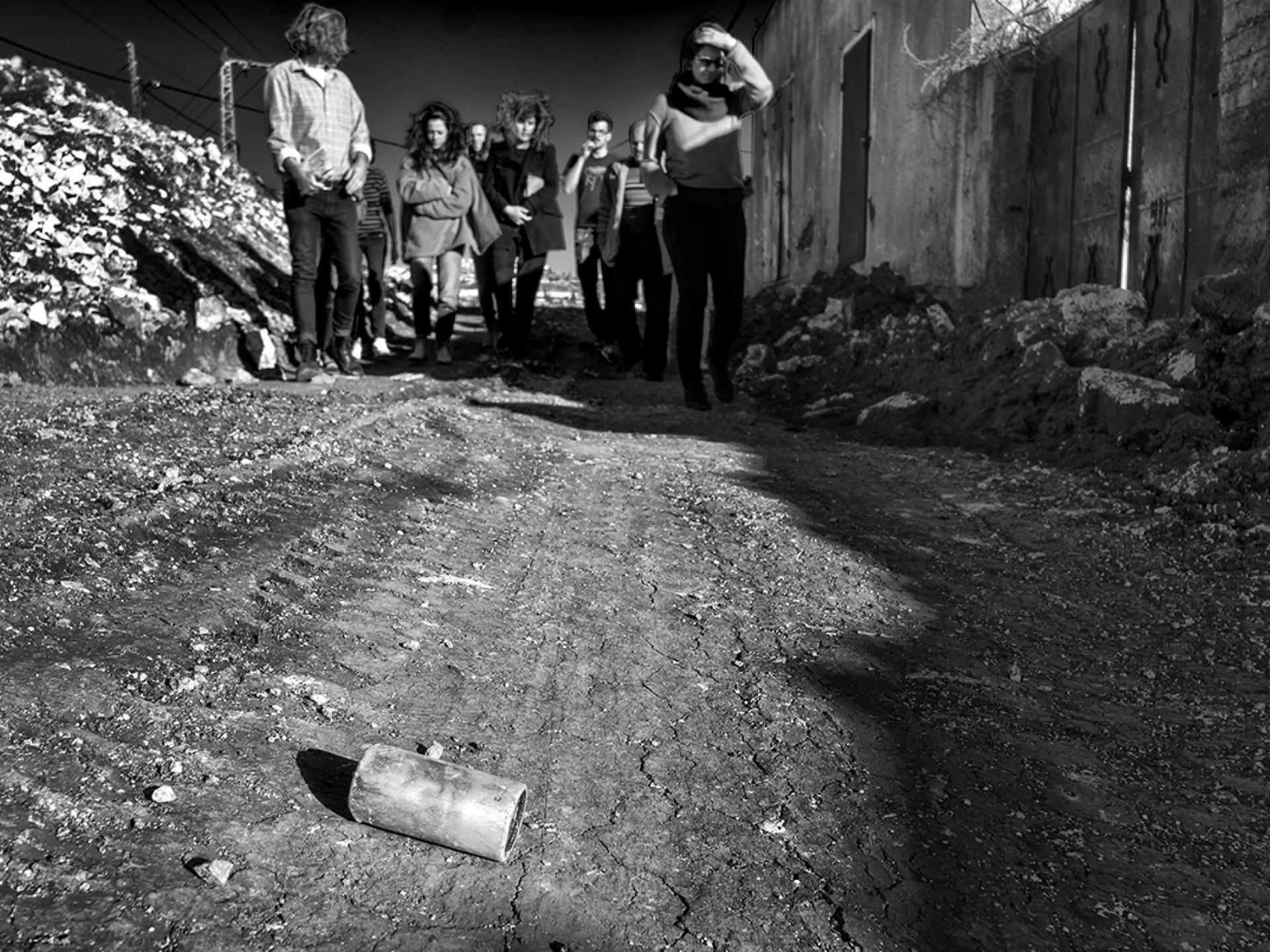 The main effect of the occupation on civilians living in the C area is a violation of human rights in all spheres of life.

Restriction of movement, limiting the amount of water per capita, preventing the development of infrastructure, preventing construction in accordance with natural growth of population, the army breaking the entry into private properties without warning, and the lack of protection of the Palestinians when settlers attacked Palestinian civilians.

There is an outrageous contrast between the way of life of the Palestinian residents in Area C and that of Israelis living in it (see table).