Jordan Valley: Over 100 people, children and elderly, under siege by the end of winter | Machsomwatch
Skip to main content
Back to reports search page

Jordan Valley: Over 100 people, children and elderly, under siege by the end of winter 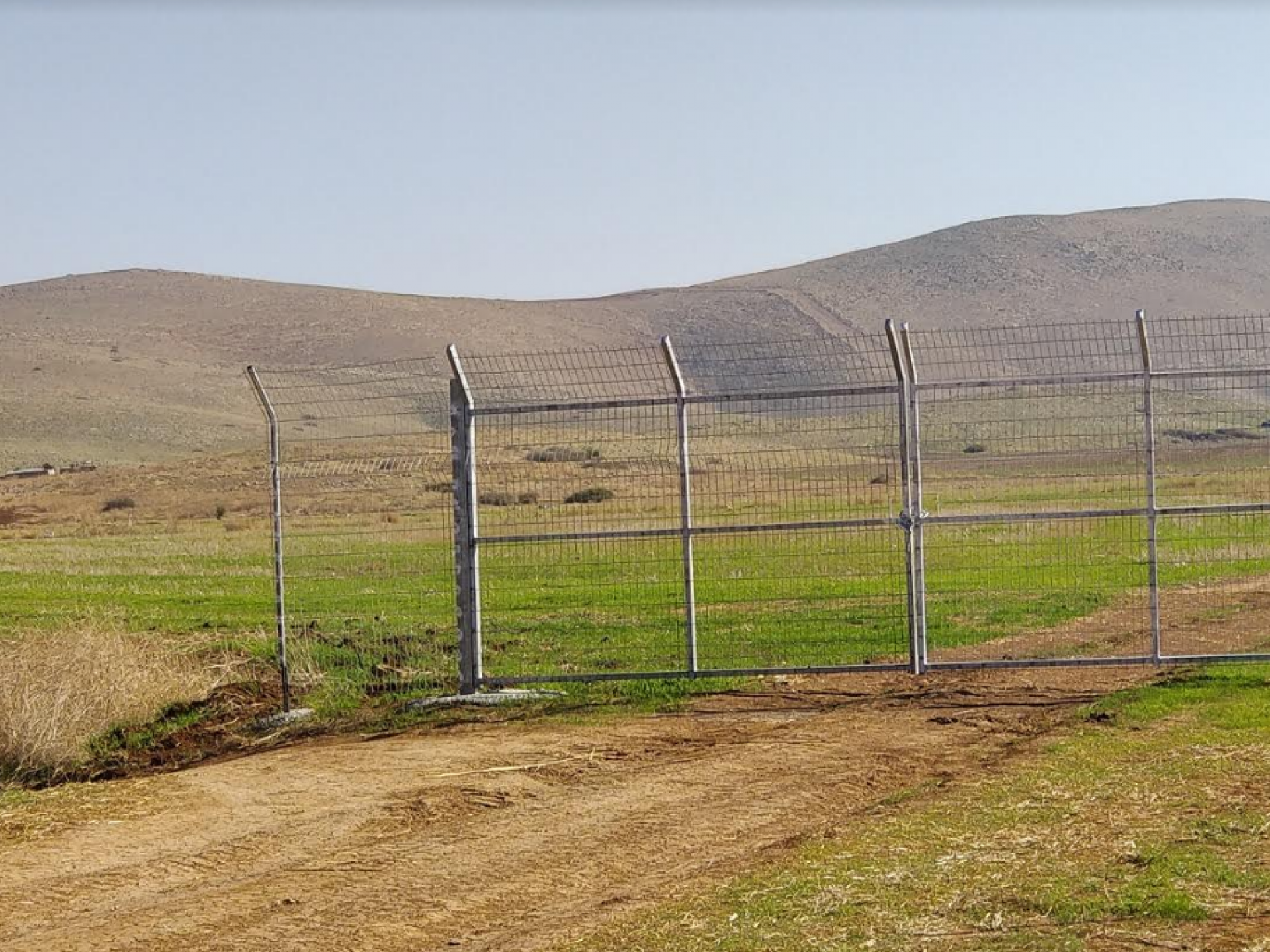 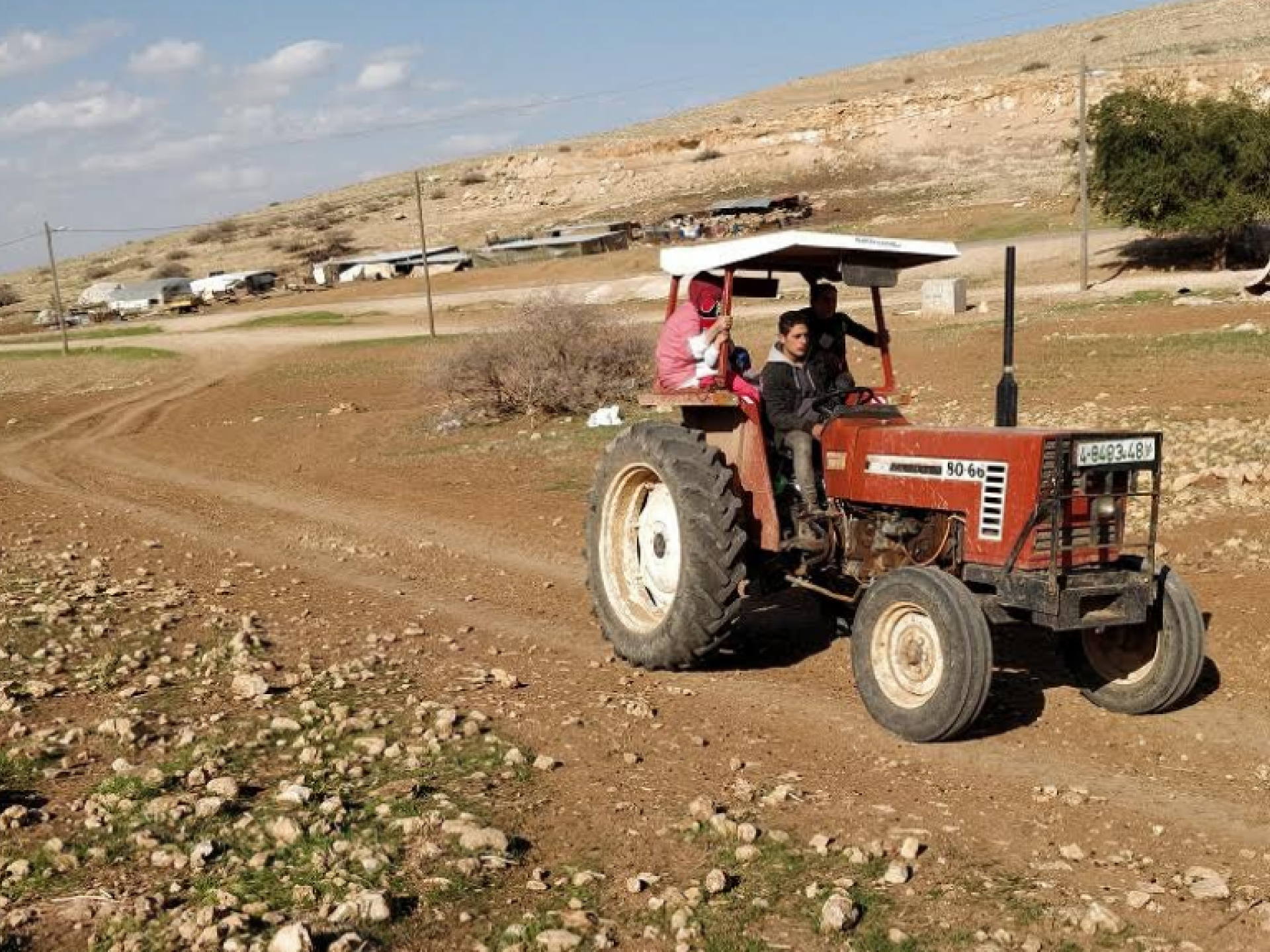 a devoted brother picks his sisters up back from school 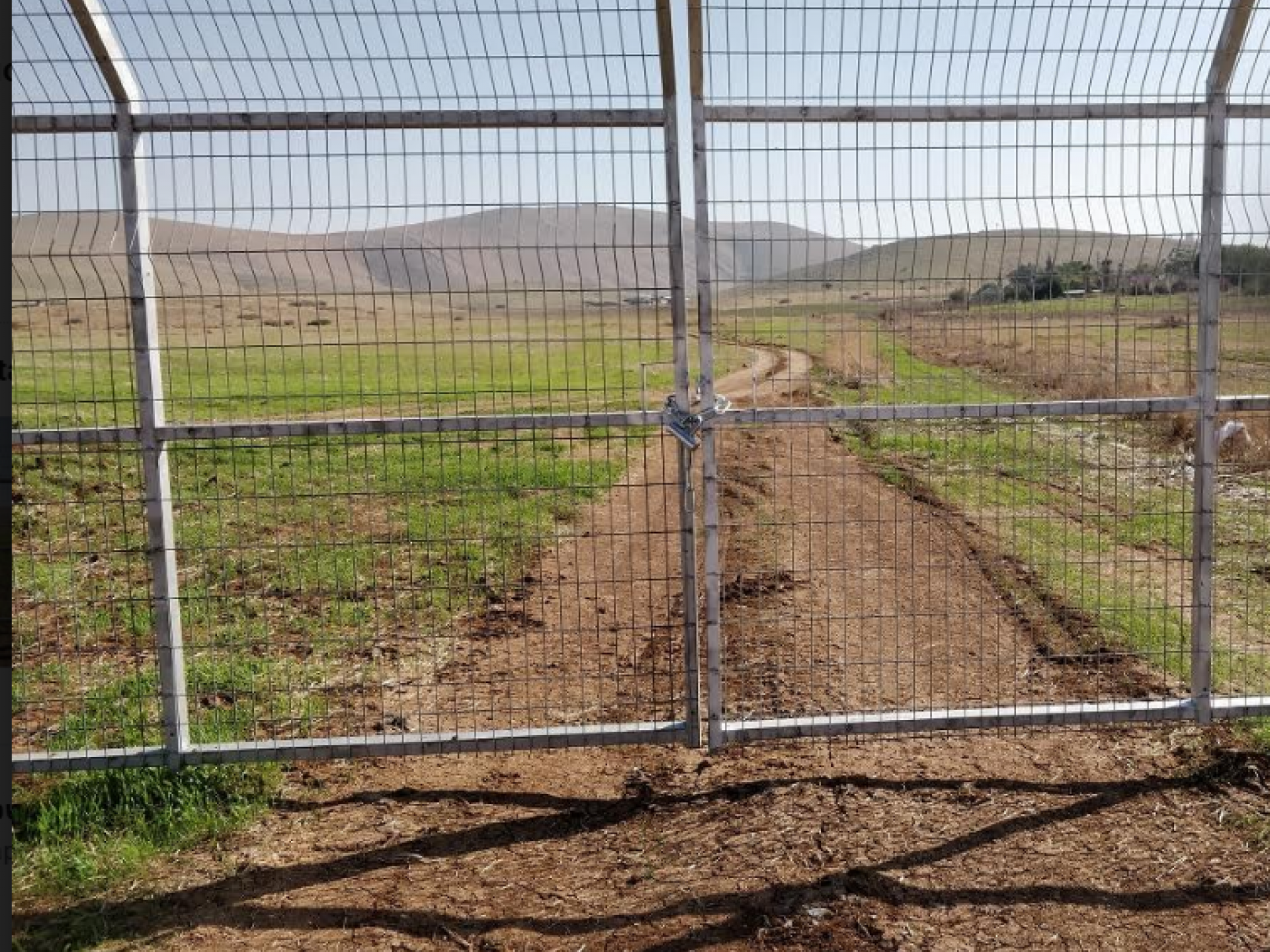 A new gate locks the way to school

The shepherd communities of Al Hadidiya are situated to the north, east and south of the Jewish settler-colony Roi. They have lived there for generations. The settler-colony Roi was founded in their proximity only in 1976, and ever since their lives are no longer livable. Every year the settler-colony takes over more and more Palestinian-owned lands, that had served for their pasture as well as growing wheat and barley. The State of Israel, for its part, demolishes their destitute homes and denies them water. Just to compare: a Roi settler-colonist consumes 457 liters of water a day which the Israeli water company Mekorot pumps from sources in the Palestinian Jordan Valley. An Al Hadidiya resident, on the other hand, has to make do with 20 liters a day which he must bring over bad dirt tracks from Area A (under supposedly full Palestinian control), at steep expense. The abundant water of the Palestinian Jordan Valley bubble underneath his feet – and he may not touch it! Home demolitions, water denial, and ongoing harassment has caused the number of families at Al Hadidiya to diminish in recent years from 57 to 13. This is quiet ethnic cleansing!!

Two dirt tracks had always led to the Al Hadidiya family encampments. Settler-colony Roi was founded right in between these two tracks. The settler-colonists placed a gate on each of the tracks and locked it. At least the northern track is reported by Paletinians to have been the main thoroughfare from Jordan to the central West Bank communities of Tamoun and Toubas for over a century.

In recent years Roi has taken over vast swaths of land to the north, outside the settler-colony, and began to tend them. Consequently the track is now in between these tended plots. Two weeks ago the settler-colonists placed a shining new gate locked with steel chains.

There is another track, much longer and rockier which is nearly impassable. In the winter it turns into a muddy swamp. Even tractors cannot go through at times. Three years ago one of the residents paid of his own pocket to bring gravel in order to make the track passable in the winter as well. The Israeli army responded by bulldozing it and ruining the track, and as punishment placed a dirt barrier at the end.