Eyal Shani is very active  in the South Hebron Hills with the children mainly. He is a close friend of the Susya people and told me that Azzam's father from Susiya died. And joined us for a condolence visit.

"Happy," to be once again in Hebron.

Azzam talks painfully about their very significant and wise father whom they have lost. Describes how devotedly he and his brother took care of him until the very last moment at the father's home in Yatta with the help of a nephew who is a doctor.

As always  he is aristocratic and fluent in Hebrew, wonderful and wise. And his wife was as welcoming as ever.

"My father asked me to put olive branches under his head when he dies," says Azzam, and so he did ...

Eyal is horrified. Through his fresh gaze, we again see what we have become accustomed to seeing.

We entered the Cave of the Patriarchs compound as an exercise. There, as usual, there are groups of tourists from Israel and abroad. We went to see the green apartheid wall that separates the Hebron residents who live closer to the entrance of the Jews. A girl behind us was talking to Eyal who gives her pencils.

A tough woman from the Border Police approaches and says "You cannot leave from here . You are detained".

"How can  that be? You opened the gate for us when we arrived Why are we were not allowed to go out on foot?", we ask.

She makes a phone call, nervously, consulting. Apparently the conversation with the little  girl on the other side of the fence sharpened her sense of security.

A few more consultations with another soldier and  with a commander and she realizes that we are not so dangerous as we walk to the parking lot and she greets us.

A settler of Anglo-Saxon origin comes and tries to explain to us their historic rights to this place and how difficult it is for the  the Jews here.

Ariella with the admirable patience which is worthy of respect and who is new to our group talks to and explains to him about the roots of the Slonim family in Hebron and somehow finds some reason for this deaf discourse.

The soldiers listen quietly to the conversation; they must believe that their presence in this place is meaningful. 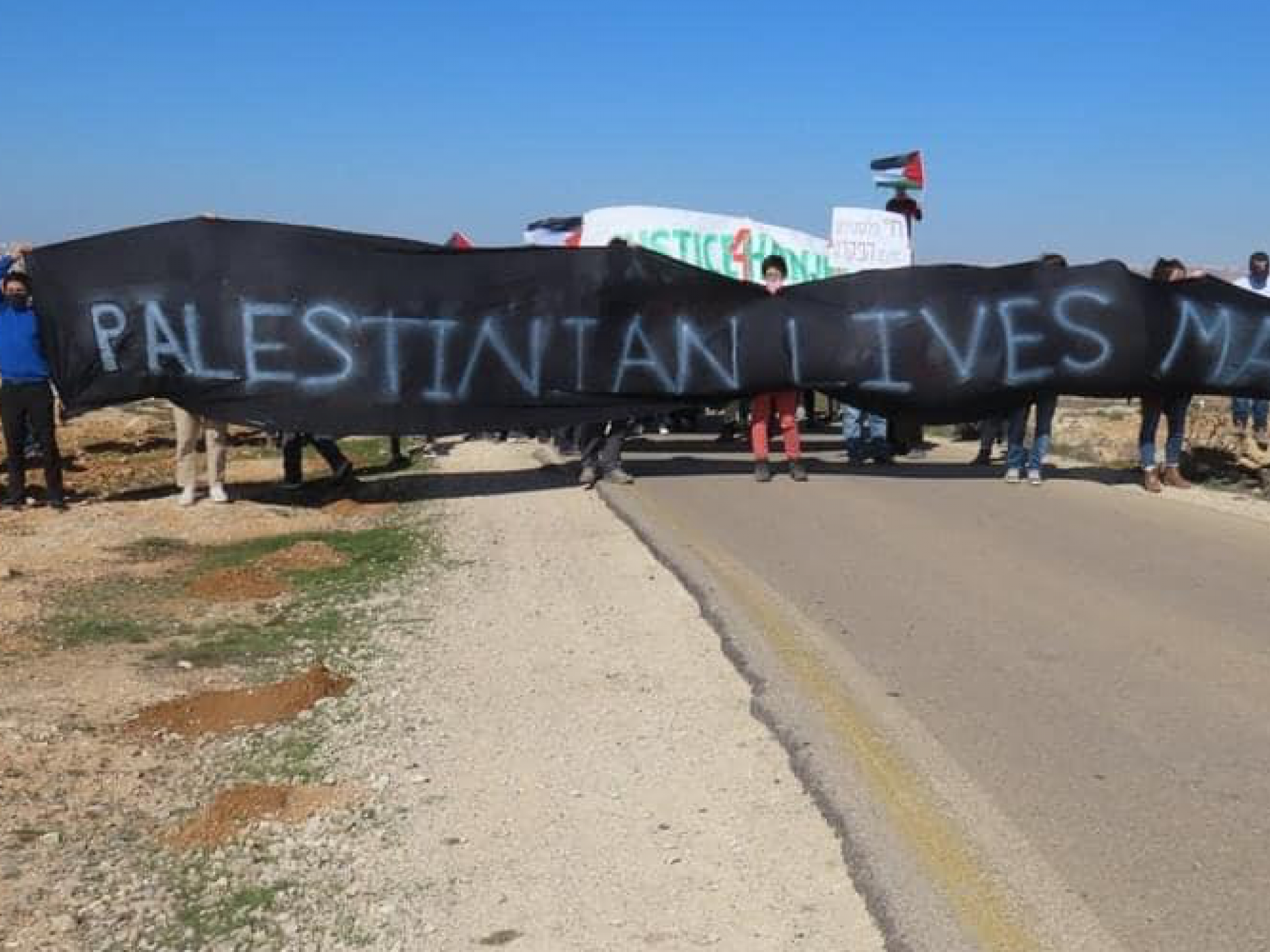