As thieves at night: settlers and IDF attack Palestinian villages | Machsomwatch
Skip to main content
Back to reports search page

As thieves at night: settlers and IDF attack Palestinian villages 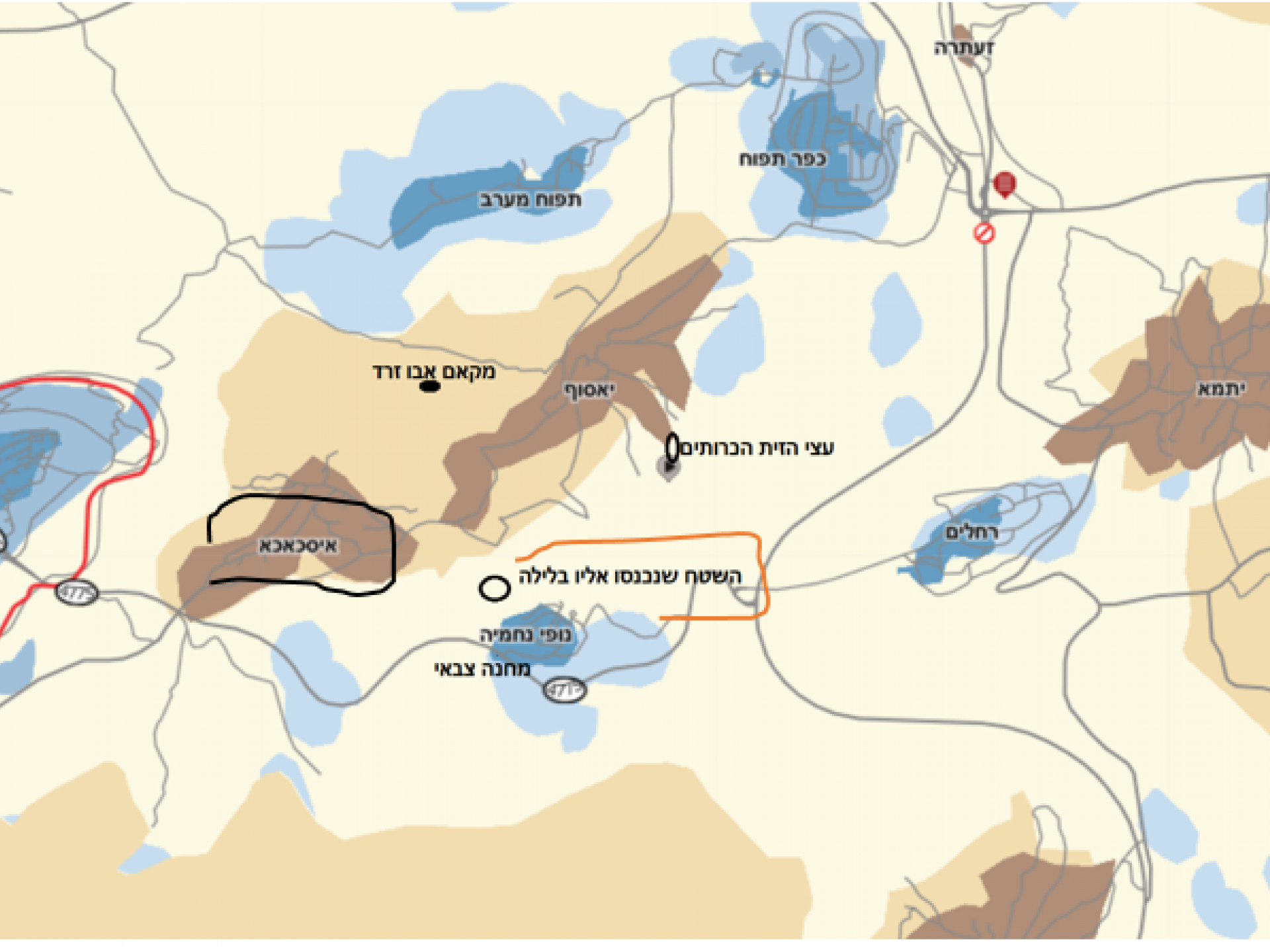 Map of B'Tselem, the nightly takeover area of IDF bulldozers 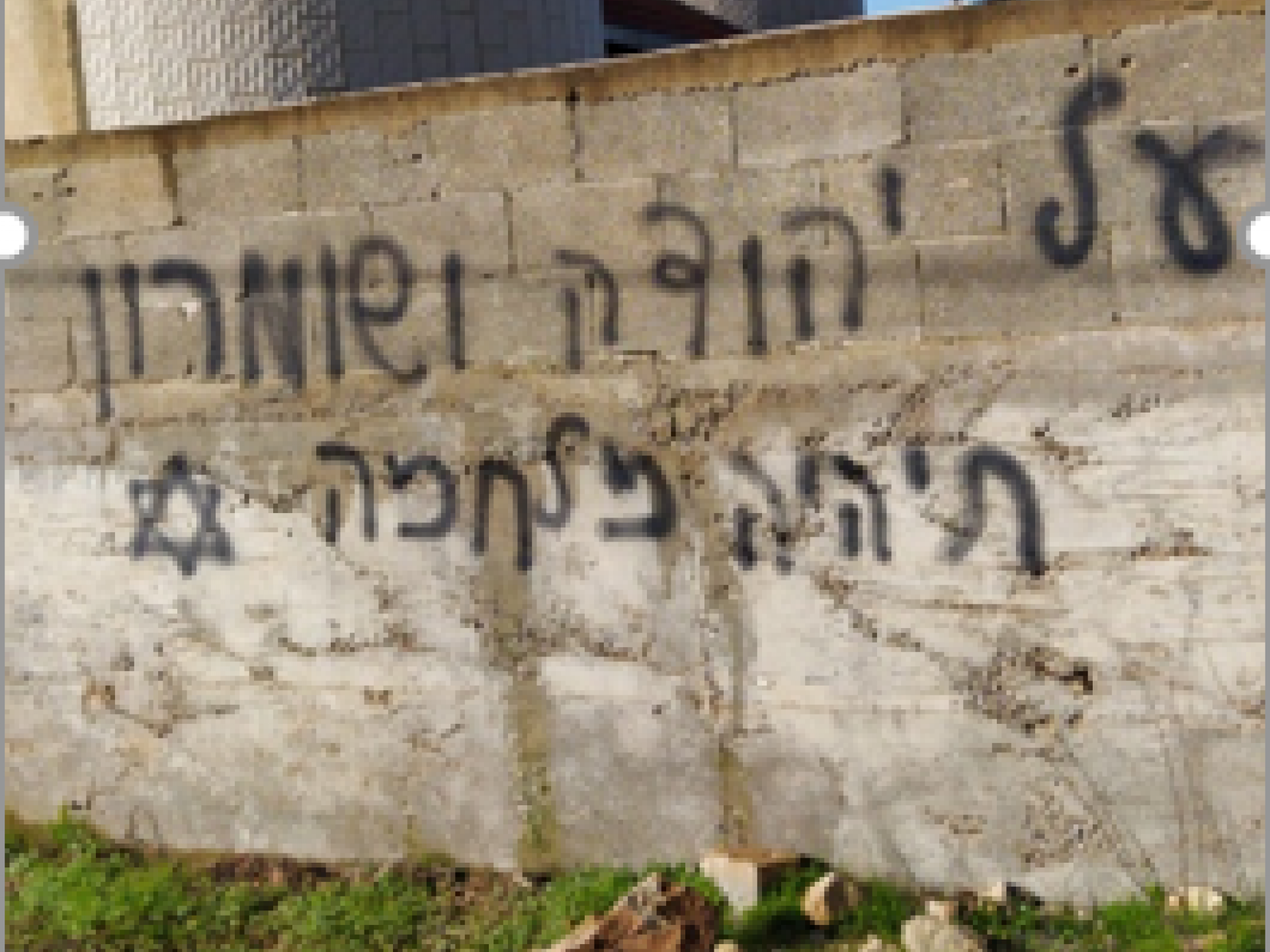 On February 24.2.2020 settlers sneak into the Palestinian village of Yasuf, cutting tires and spraying war declarations 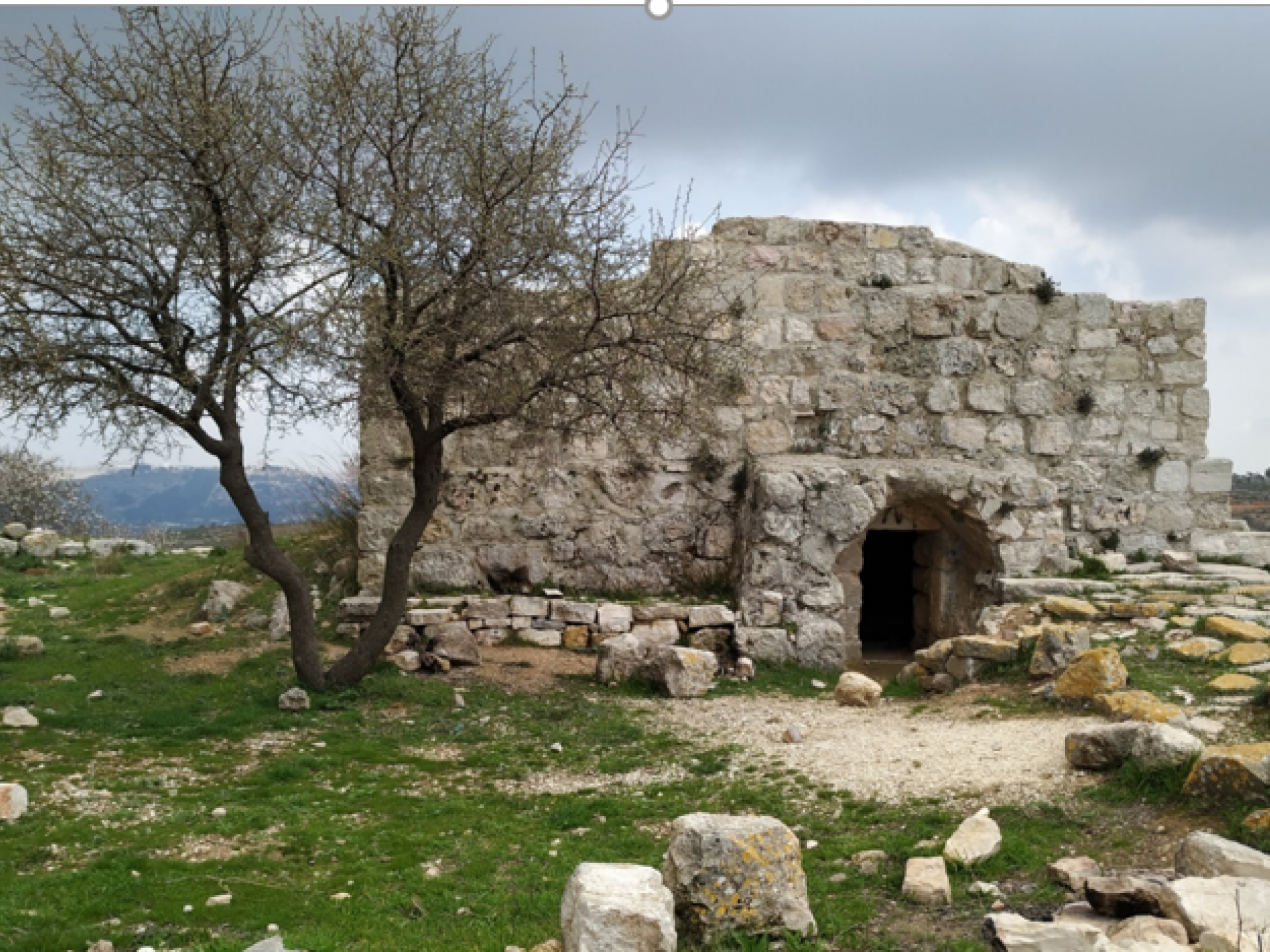 On the land of the Palestinian village of Sinjil

In the dark of night, at about 10 p.m. to be exact, two bulldozers emerged from the settler-colonist outpost Nofei Nehemya and began to dig and flatten a piece of land in belonging to the Palestinian village of Iskaka.  150 villagers of Iskaka and Yasouf who found about this from the mosque public address systems in their villages came out to push them off, and succeeded. Israeli soldiers escorting the settler-colonists on their "national mission" of taking over Palestinian-owned lands responded firing gas and smoke grenades.  "The settler-colonists never attack without an army escort", said H., Yasouf council chairman.

Following this report, we came to the Yasouf council building for a meeting summoned by the head of Iskaka council and another council member – M. His family are refugees since 1948 of the village of Tirah near Lod. They moved among refugee camps until they were welcomed in Iskaka. He has 11 children and has been successful in his construction projects. After consulting with everyone in the council the conclusion was that we better not go film there, in order not to provoke the outpost/army base.

Instead we went with them to the hill between Yasouf and Iskaka where maqam Sheikh Abu Zared is located, from where H. pointed out our previous visit sites: the checkpoint situated on Yasouf land  where the fruit trees of settler-colonist outpost "Tapuach Ma'arav" are planted, the vandalist attack that took place against the red house at the edge of the village close to settler-colony Tapuach, and last but not least -  the plot of land where about 60 olive trees were cut down, close to settler-colony Rechelim.

Data we are still missing: 1. How many dunams of land were dispossessed that belonged to the two villages (together, and each in itself) in order to found settler-colonies and outposts? 2. In how many farmland dunams belonging to the two villages is ongoing farming restricted or even prohibited entirely? Such land that is "abandoned" as it were is easily taken over by the settler-colonists and the state. 3. How many such "spontaneous" incursions too place during the past year, and in total? 4. How much damage to property was wreaked inside the villages including hate graffiti, and damage to vehicles and houses in recent years, in addition to the burning of the Yasouf mosque a few years ago?

Without these data, the picture we get from a single visit is too partial. It should be completed and we should begin to follow consistently the various harassments and damage that villages such as Yasouf and Bourin undergo beginning this year. As soon as we do this the villagers' motivation to inform us will grow.

Yasouf and Iskaka are held in a suffocating ring of the two settler-colonies and their aggressive outposts. Nofei Nehemya, outpost of Rechelim, was founded in 2003 in order to create a territorial contiguity between settler-colonies Shilo and Eli and the settler-colonist town of Ariel. No one hides this intention in written sources.

Inhabitants of these two villages are positively weighing the possibility of uniting. During H.'s term in office as head of local council, he has been making way to lighten the farmers' access to their lands and to a football field now under construction.

At night, February 25, 2020, a day after our visit to Yasouf, settler-colonists entered the village, cutting tires of several cars and spraying hate and election slurs on walls: "War will be waged around Judea and Samaria".

H. sent the photo, and on the phone asked us to translate and explain what "Judea and Samaria" actually mean?

From Yasouf we continued to a site not distant from there: maqam Abu Alouf. The day was beautiful and so were the blossoming almond trees everywhere and perhaps we were looking for a corrective experience…

The ancient and massive structure of maqam Abu Alouf is situated at the top of a high, lovey hill with remains of numerous buildings  and even a house that seems to have been inhabited not too long ago. It is surrounded with vineyards and pink-blossoming almond trees. To the south lies the large village of Sinjil. For a moment one could dream of unharmed beauty in such a primeval Arcadia… But reality is different, and maqam is surrounded with a ring of Jewish settler-colonies. On the bluish hill (seen in the photo) behind the maqam, the outpost "Giv'at Har'el" has taken hold. The entire region is caught  in the right hold of huge settler-colonies: Eli, Shilo, and Ma'ale Levonah, and their outposts that include Giv'at Har'el and Giv'at Ha-Roe'e.

As we wondered across the hill, five women passed us, two of them carrying enormous sacks of thyme on their heads. After two minutes of conversation translated by Mustafa, a pungent bunch was generously and smilingly picked out for us. As well as the stories: Olive sacks left on the ground after the olive harvest were cut by settler-colonists' knives so that the olives would scatter all around. Nights settler-colonists enter the village, spray slurs and damage vehicle tires. The army comes in at night and frightens the sleeping villagers. The women do not dare to go out their homes at night.

Who was Abu Alouf? Soon enough we found out. Abu Alouf was a good friend of Mohammad's, said R., a retired sports teacher and farmer whose lands are very close to the holy site. He saw us, heard our Hebrew and was sure we were settler-colonists. Still he decided to come out and see for himself. "Why should I be afraid? This is our land", he said in fluent Hebrew. "When I was 12-13 years old we would come to the maqam every Thursday, light candles pray, wish for things. People would come from Singjil, Turmus Aiya and even Nablus. The main road between Ramallah and Nablus passed here. To this day I come up here, ret, and pray at the maqam. Now settler-colonists visit the place. They even steal ancient stones from the building remains." His olive groves were damaged several ltimes by the settler-colonists from Giv'at Ha-Roe and Giv'at Har'el. He reported these attacks to Yesh Din and is in contact with the organization's researcher, Zakariya. He asked about Arik Asherman of the Rabbis for Human Rights whom he has not seen here for quite some time. Nurit told him that Arik is very busy in the Palestinian Jordan Valley now.

We parted as friends and exchanged phone numbers. He would be glad to guide a group of visitors and tell them about the maqam and the area in general.