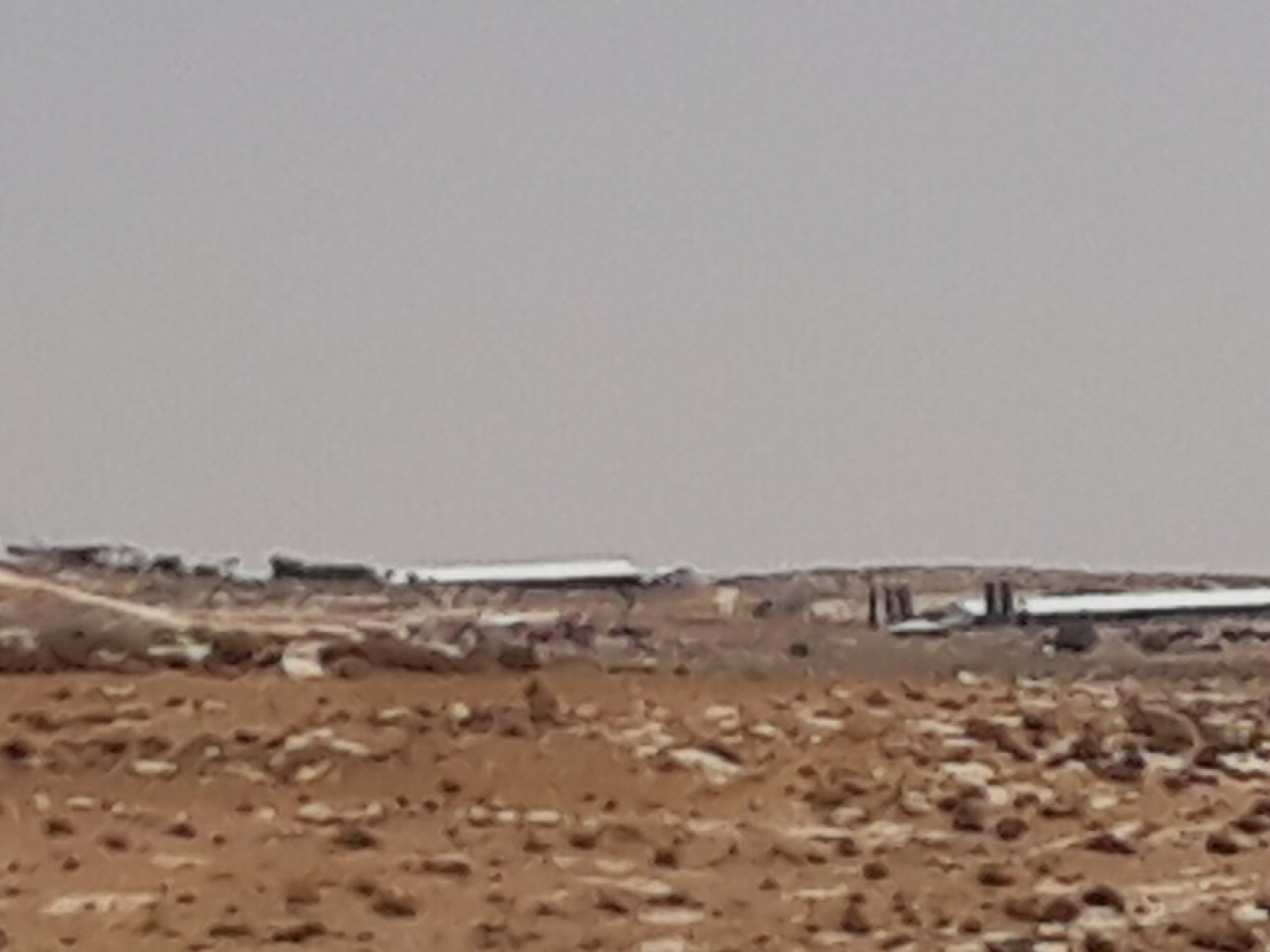 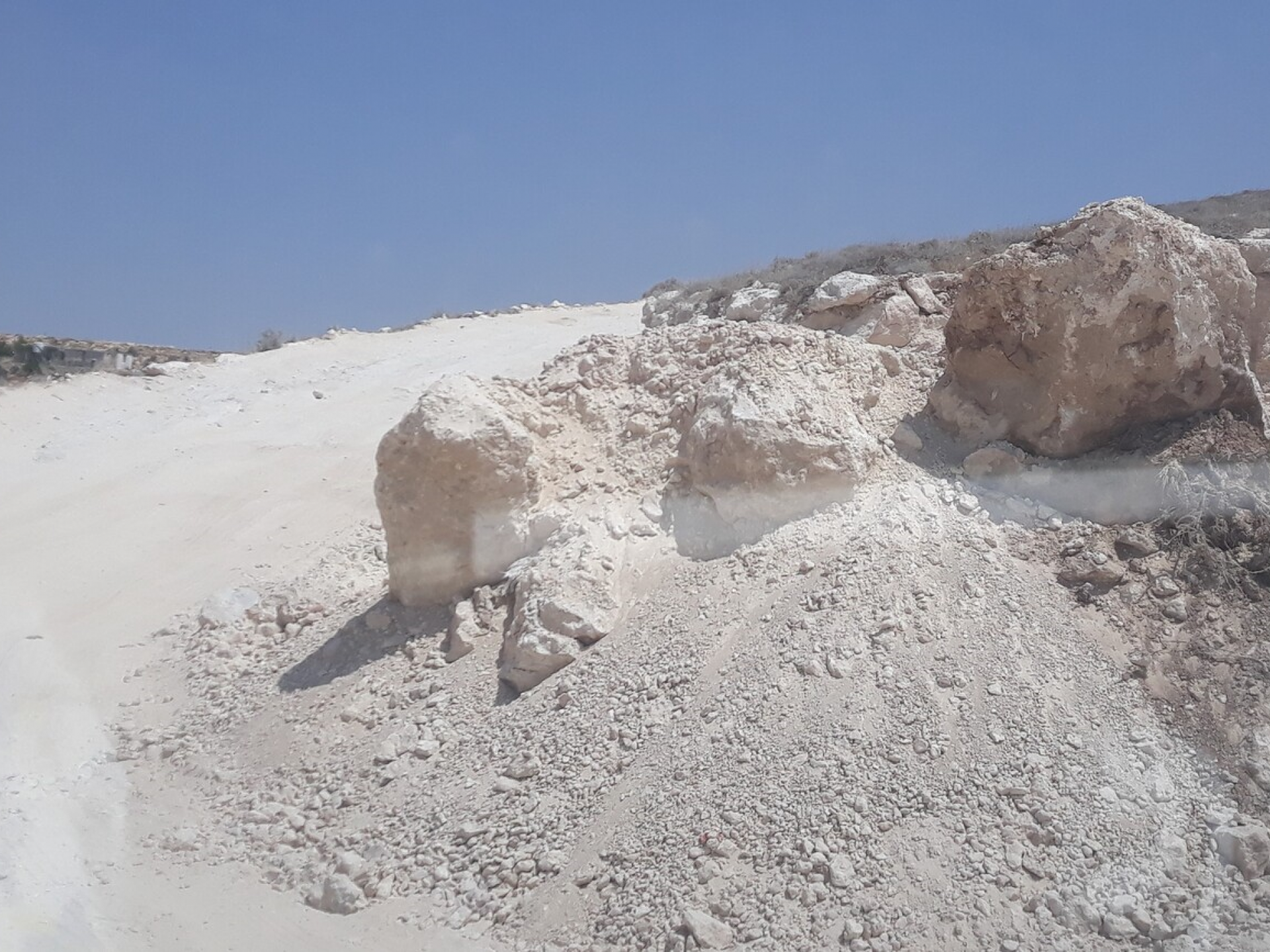 Going by  Basel's instructions, we drove from A-Tuwani east on a dirt road, towards the village of Hatat al-Daba' ("Hyena's Corner, The Hyena Female").

On the left, Havat Maon, which is an illegal outpost, and includes an army post.

Photo No. 1: Expansion of Havat Maon to the east, looks like a barn and pen, which will cause  the strengthening  of the isolation of the village of Tuba, which is almost entirely surrounded by the Maon settlement and Havat Maon.

Passing through a Khirbet Rakiz , which consists of  scattered homes. The entire road is marked by the settlers with the usual marking of the Society for the Protection of Nature.

To the right of the hill, Umm Fakara, during the operation of Guarding the Wall,  the army put up 8 cement blocks on the road. And  one can still see the water pipes which  were laid down years ago, coming out of the ground, cut off,  of course,  by the Civil Administration.

Between Umm Fakara and Havat Maon, the sign of the cave. After the settlers tried to take control of it, the Palestinians arranged plaster and electricity there, and are on guard there.

To the left of the road, private but not cultivated Palestinian land.

Reaching the top of the hill, in front of Hatat al-Daba', here the road was recently blocked by piles of rocks and dirt, at night the activists arrived and opened the road again. Figure 2.

Beyond the blockade are 10 small Palestinian communities.

The hypocrisy of this policy is clear. If it is a military area, Maon must be evacuated first. But Maon with all its equipment is standing and thriving, and its people are abusing their Palestinian neighbors. 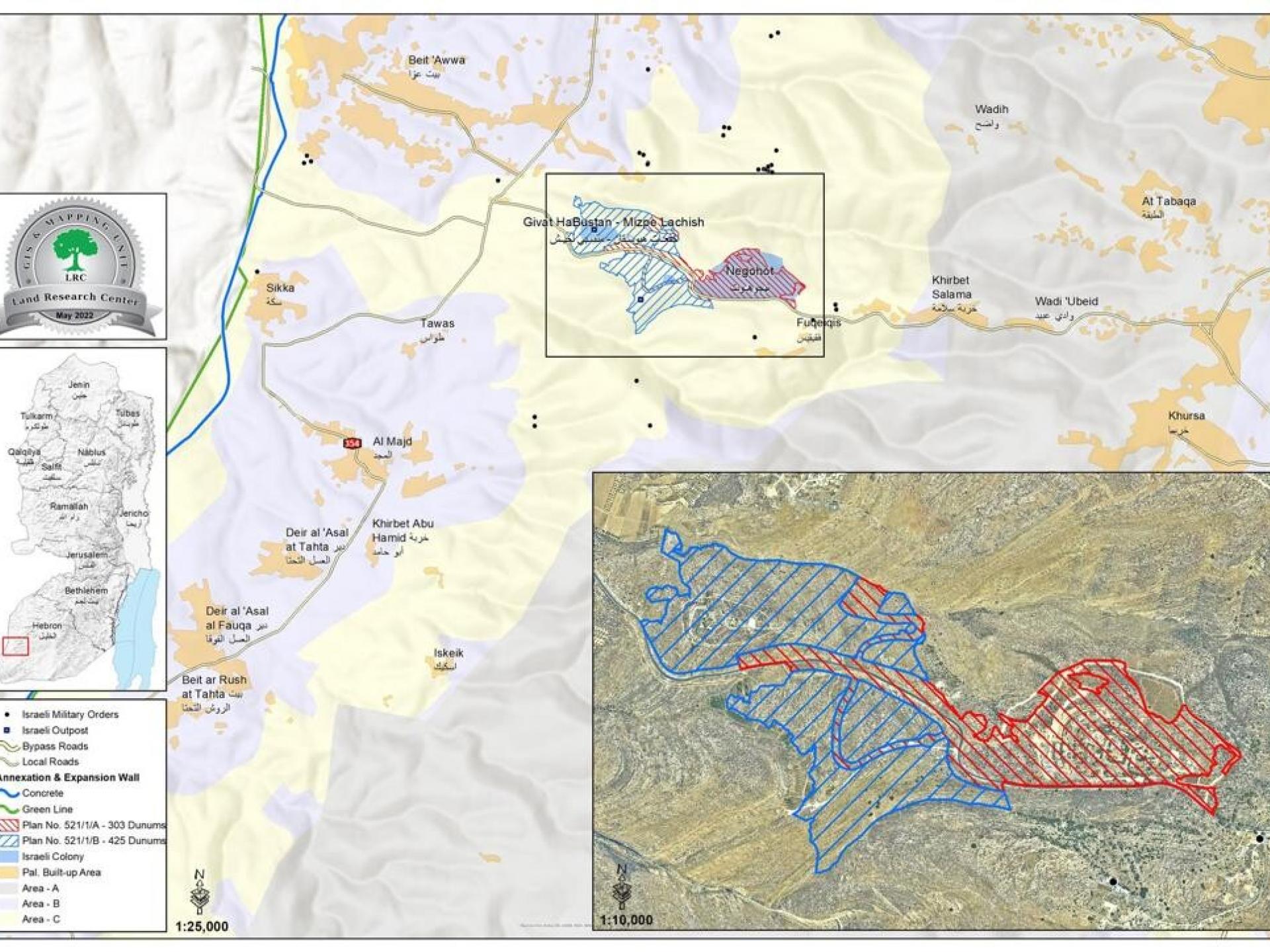