Rashash: The Wild West in the Jordan Valley | Machsomwatch
Skip to main content
Back to reports search page

Rashash: The Wild West in the Jordan Valley 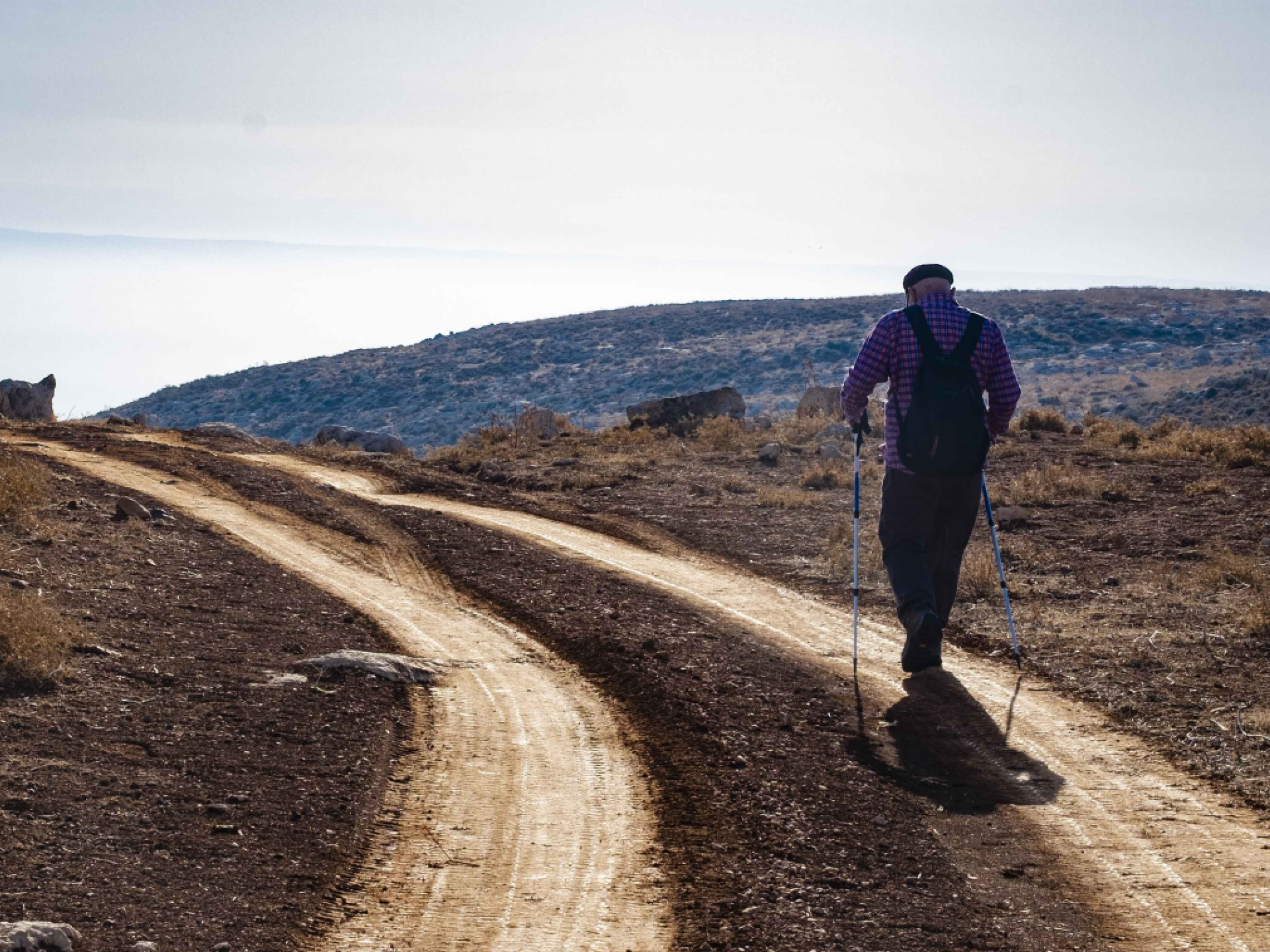 Rashash: Walking towards the shepherds in the early morning 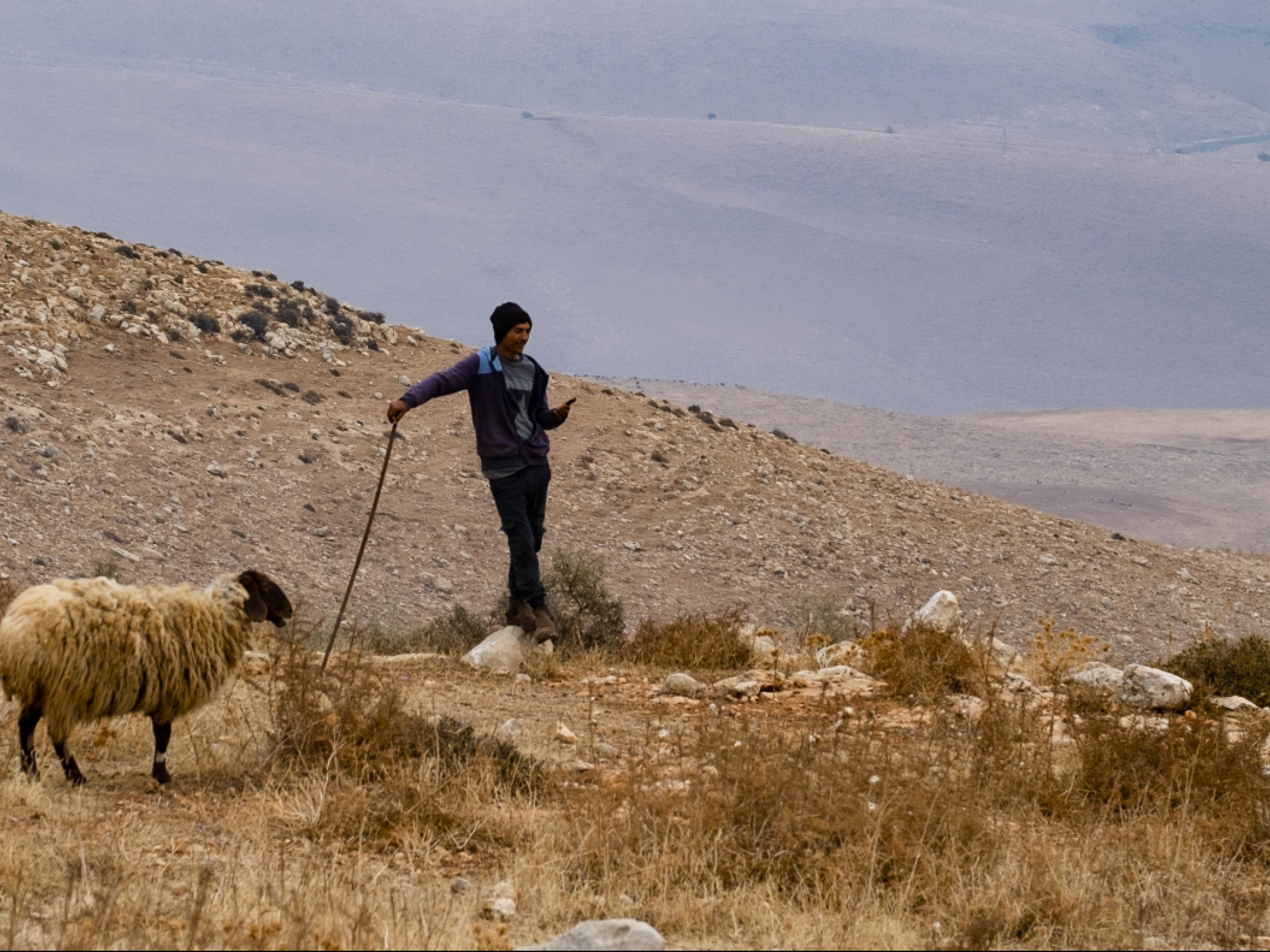 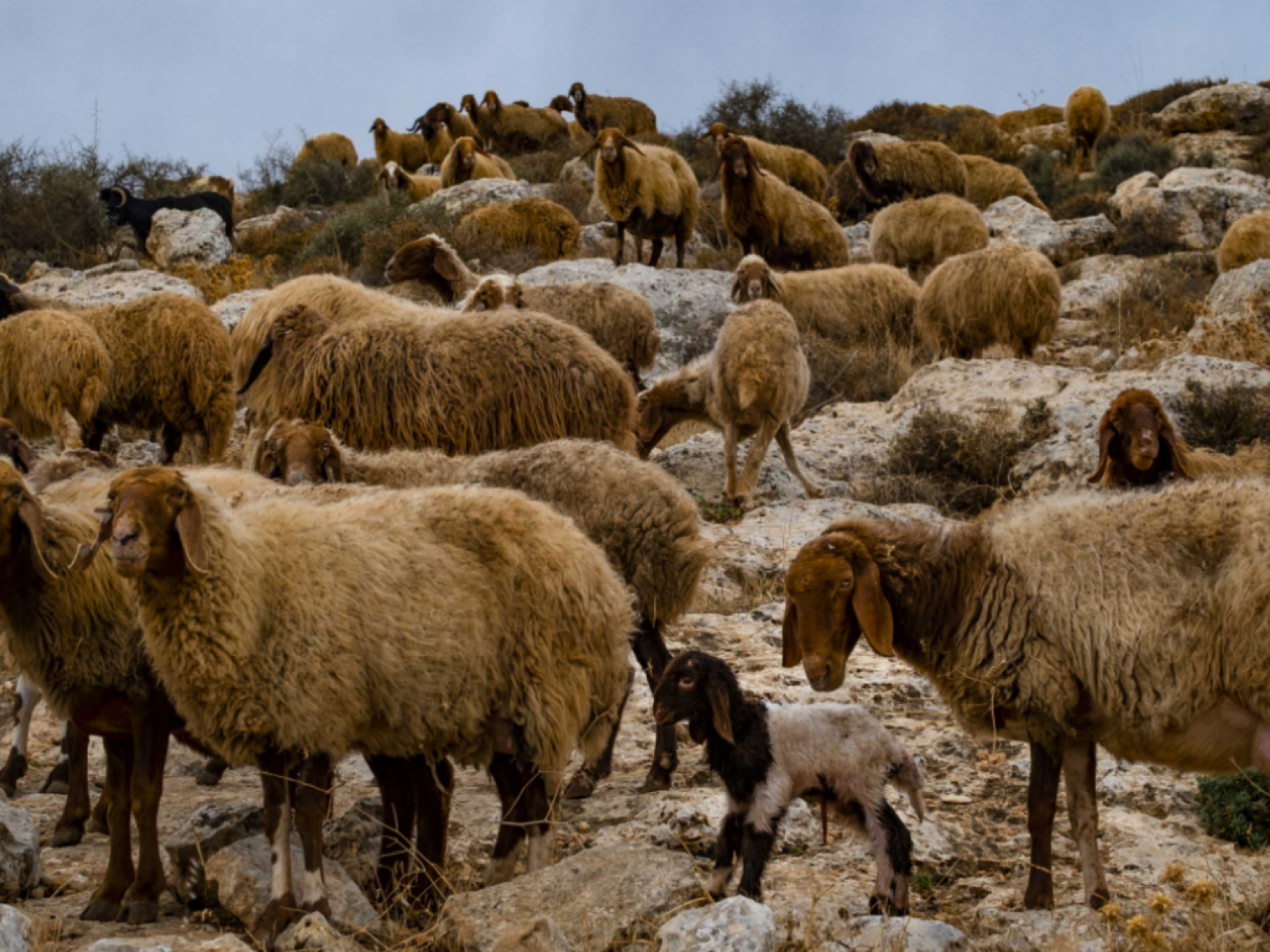 Rashash: An hour-old lamb and his mother behind him 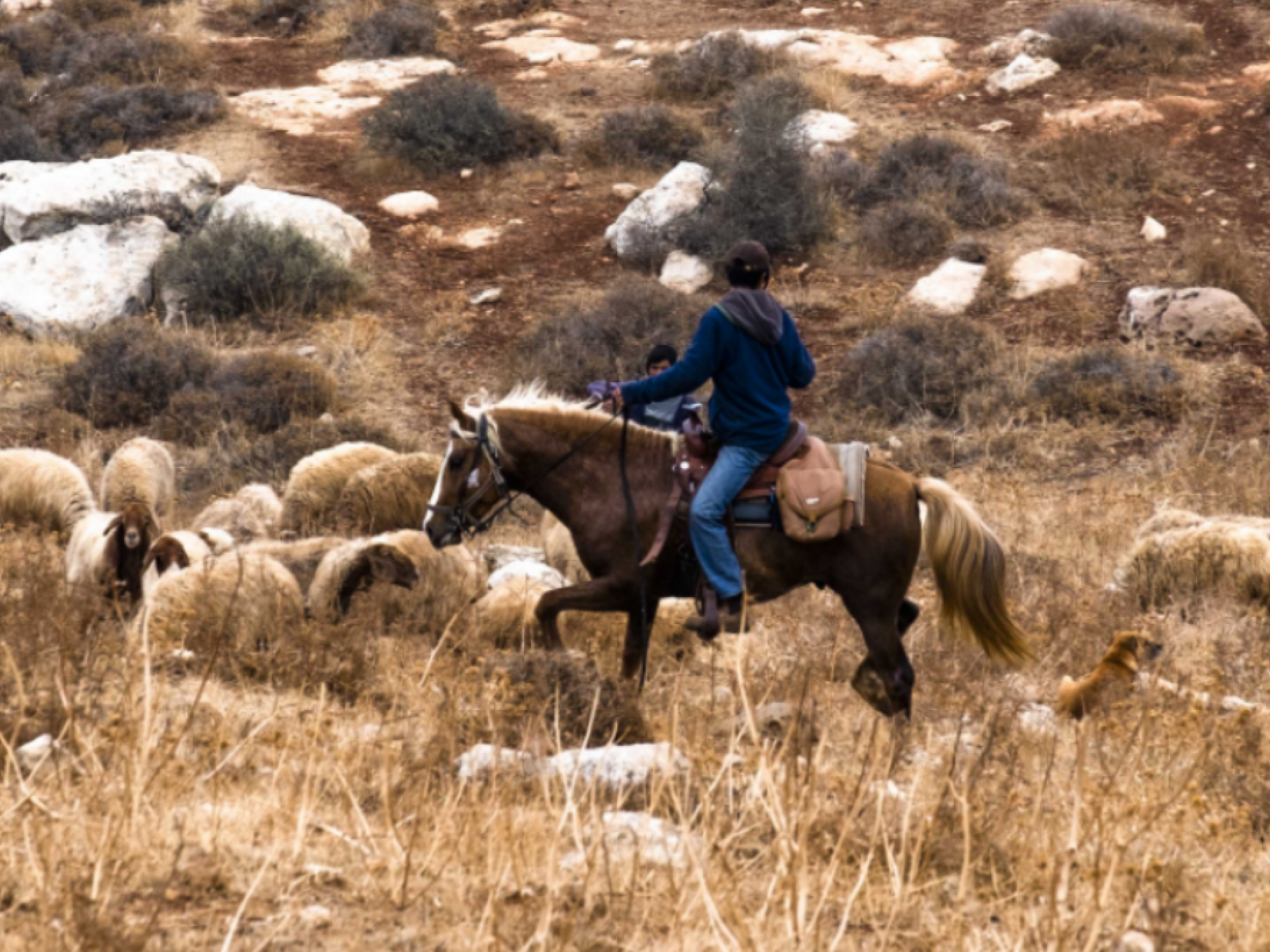 Rashash: One of the Peace Angels guys comes to the field on a horse

A `hilltop boy` from a pirate 'Peace Angels' outpost mounted on a horse, attacking the herd to removing them from the area 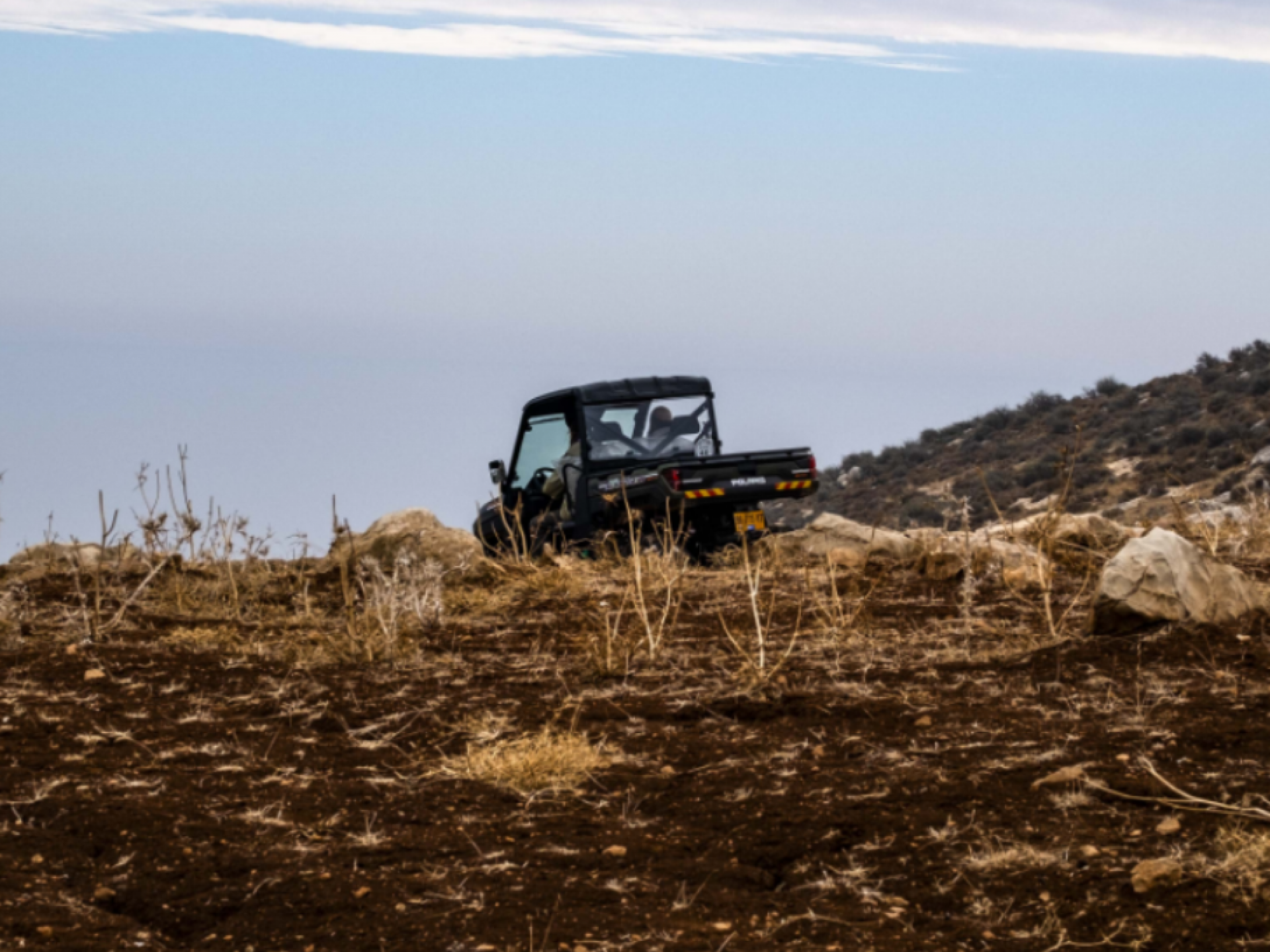 The Jordan Valley is the wild west of the 'hill boys'. They go wild with a 4X4 vehicle (Polaris Ranger) and abuse the flocks

It ended without the need to call an ambulance - miraculously nobody got hurt, but it certainly was tense.

The four of us activists enjoyed several peaceful hours with the young Palestinian herders at Rashash above the Jordan Valley on a beautiful morning - admiring the first flowers, drinking tea, watching a mother sheep licking her just-born lamb, her teats bursting with milk.

All this time, I was photographing the beauty of the landscape in the early morning light, asking myself, why photograph the beauty, when the reality is so ugly? Perhaps one answer is to emphasize what the Palestinians stand to lose, in the creeping annexation by Israel.

On the phone, we reported how quiet it was today (adding: "up to now."...) - when, around ten thirty, a young hilltop settler from the "Angels of Peace" (sic) illegal outpost appeared over the ridge on horseback. He rode his horse straight into the herds, frightening the sheep into a stampede - which, we are told, could easily lead the pregnant ones to abort. He went on to pursue the three or four other herds on the next hill, with us following..

Soon, two more settler youth appeared in an all terrain vehicle, clearly enjoying the freedom of the ride through the hills. Again. out to frighten the herds, now also with a boombox blasting Rabbi Nachman songs. These hilltop youth are problematic youngsters that dropped out of all educational frameworks and for whom an easy, (ideal?), solution was found to absorb them in the Wild West of these outposts, under the tutelage of a 'responsible adult' - who probably even gets paid by the welfare authorities for this service. It is also an easy solution for the Israeli authorities - to let these unruly kids do the dirty work of chasing out the Palestinians, and be able to claim it was the work of "the bad seeds".

We tried to protect the Bedouin - this is what we are here for - standing between the settlers and the herds, leading to tense confrontations. All the time documenting the scene on video, as the young settlers did too - who now adapt at staging situations where it appears they are the ones who are attacked - by filming themselves running, and recording their own voices, "they are chasing after us". This went on for perhaps more than an hour - the settlers just did not let go.

The Bedouin herders stood their ground - they did not pack up and leave, but stayed, calmly, until the sheep were getting thirsty and only then started to go down into the wadi, moving towards the spring - the baby

lamb carried inside the donkey's bag, with the mother sheep trailing. 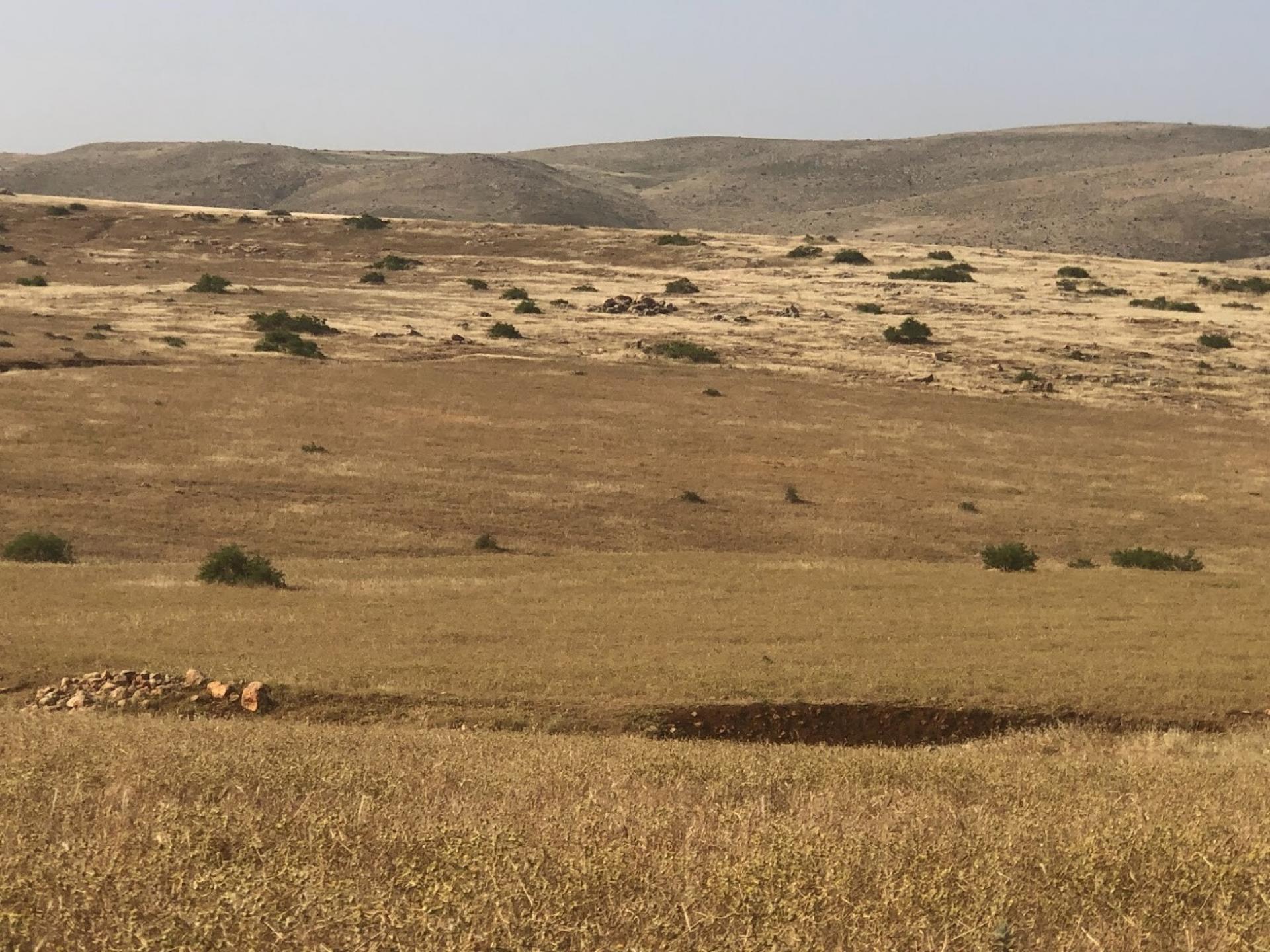