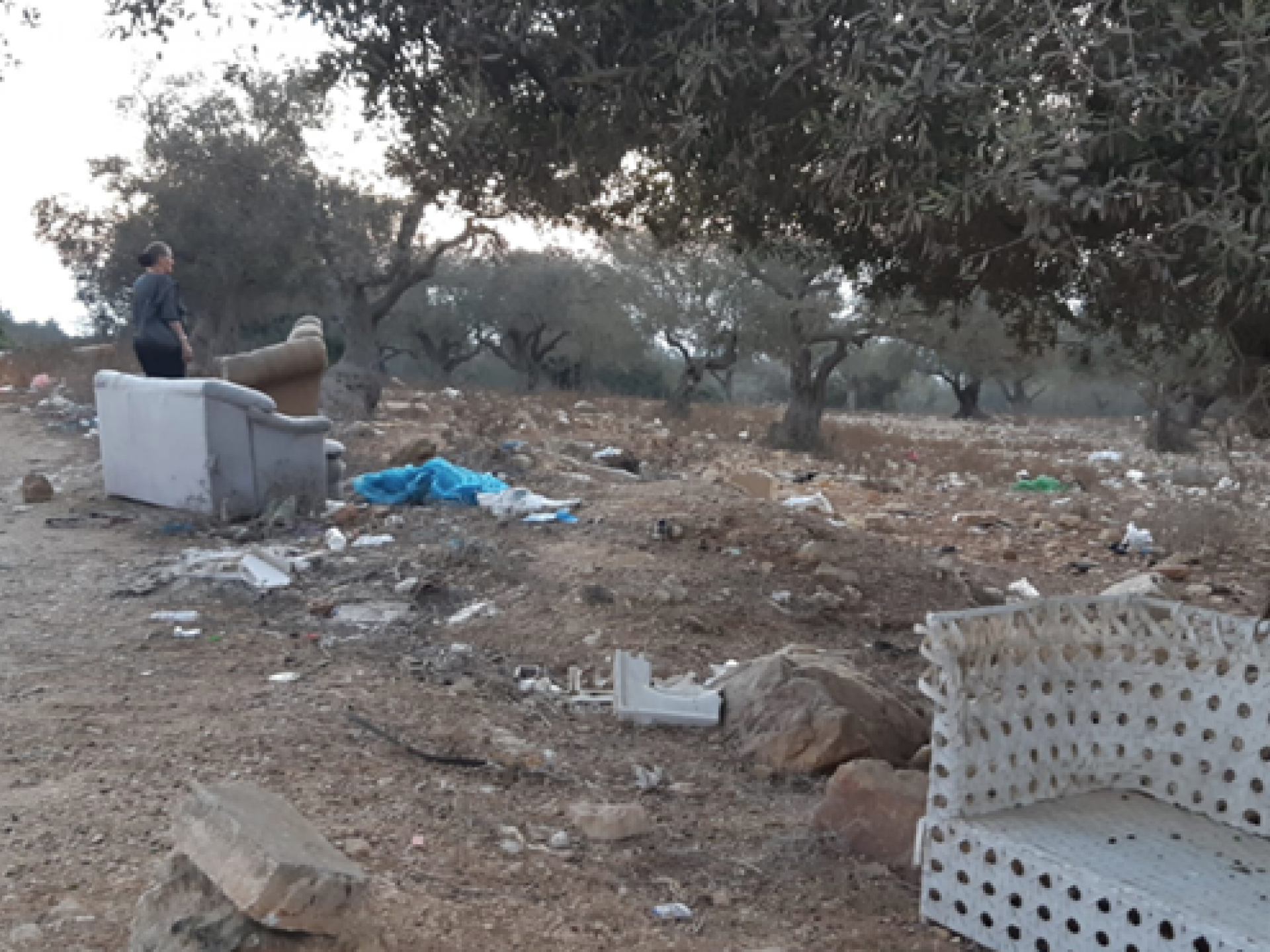 Anin checkpoint: Neta checks out the junk scattered all around 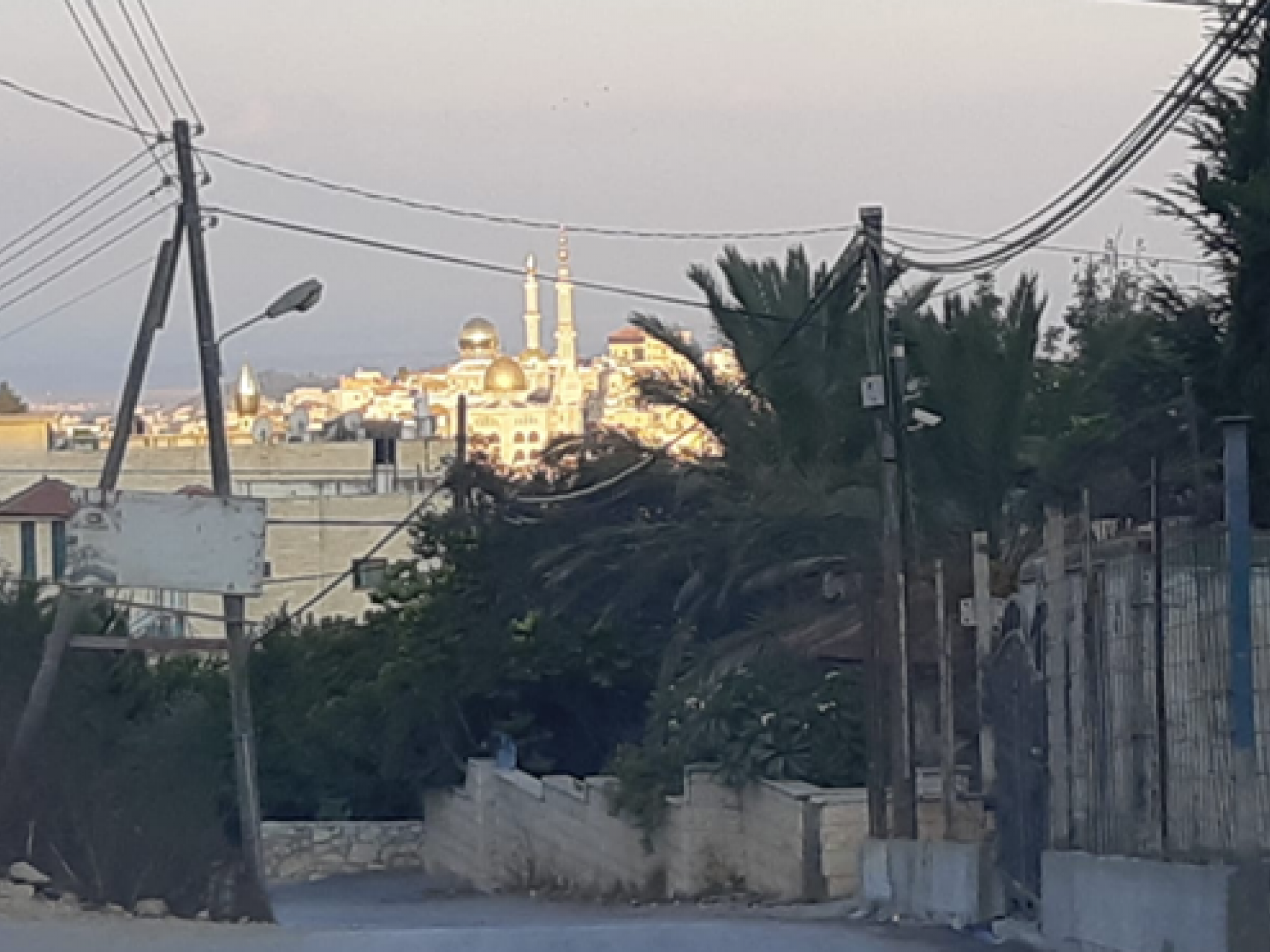 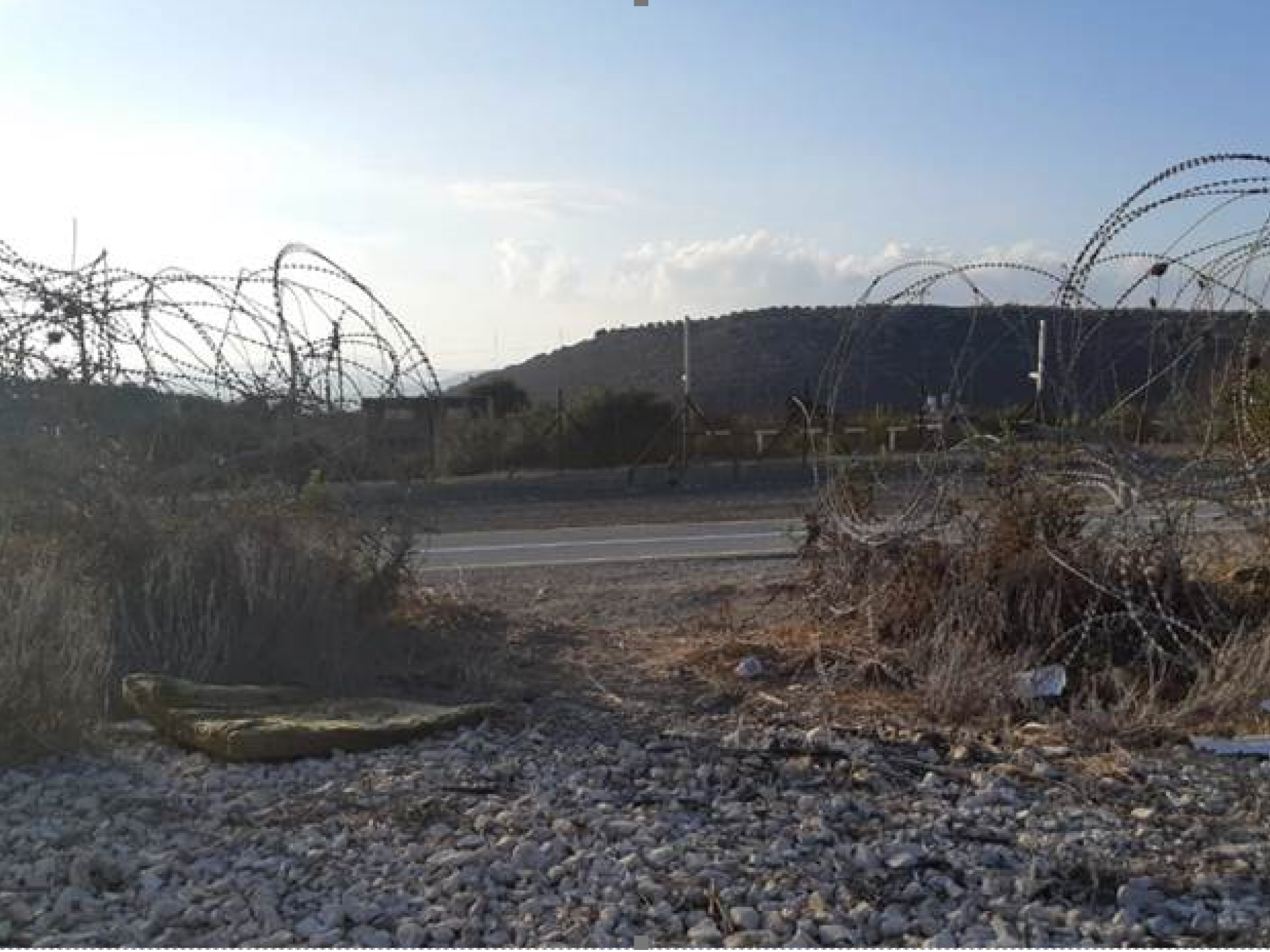 Tayibe-Roumana Checkpoint: Large holes in the separation fence around the checkpoint

m. Barta’a checkpoint – the largest checkpoint in the north of the country

Traffic flows, consisting of few workers holding work and transit permits to Barta’a, the seam-line zone and into Israel. In the afternoon dozens if not hundreds of workers who have work in Israel will be passing here, not having been allowed to use this checkpoint in the morning.

The metal shed has been dark for days now, says Ibrahim, but everything around it is lit. In the terminal we can see a crowded waiting line that disperses after a few minutes. The toilets, says Neta, are clean but stink. This large checkpoint used to be bustling until about half a year ago. Now, the many workers who want to hurry to their workplace are sent to further checkpoints, which makes life more difficult for them, and easier for the checkpoint personnel…

At the entrance to the access road leading to the checkpoint, amidst the olive trees, all kinds of junk and waste are scattered. Anin villagers (headed by our old acquaintance M.) gather the junk in the nearby seam-line zone, hoping to bring them back to the village and earn a pittance. They tell us there is a recycling plant there, and perhaps it’s just junk dealers. The junk initiative faces occupation authorities’ opposition, leading mostly by military policemen, who claim that Anin is an agricultural checkpoint and an old easy chair is not agricultural goods… So when the authorities do not let such things through everything is thrown amidst the olive trees and waits for the Messiah. At times the soldiers ignore the junk and let people pass it through to the village as if it were agricultural goods. Now it’s ‘no-no’ time. M. has been denied his transit permit several times already because he tried to get junk through in spite of regulations. He managed to get his permit back each time, after waiting a week or two.

The main gate of the checkpoint is open or broken or simply has not been locked for quite some time. The soldiers arrive and take their time getting organized. No rush… This morning two tractors pass through and no more than ten people. Olive harvest season is near but the special permits for it have not yet been issued. The season lasts a month, and during this time the checkpoint is open daily (not just twice a week), and additional family members are allowed to get through for the harvest itself. Whoever has no permit for this specific checkpoint crosses through the more distant Barta’a checkpoint.

On our way to the checkpoint we drive through the outskirts of Umm Al Fahm. This large city is a chaos of fascinating and beautiful urban landscape: old and ancient side by side with new and shiny, narrow, old alleys amidst dilapidated old houses; new villas – huge, megalomaniac, with plenty of marble columns reminding us of the plantation houses in “Gone with the Wind”, lots of mosques with tall minarets and gold or silver domes.

Lately we have been hearing from Palestinian acquaintances that the ‘security’ fence is open in numerous, obvious places, that agricultural checkpoints opened officially by soldiers once or twice a week stay wide open day and night, neither locked nor closed. People cross freely, and cars cannot since the army, leaving the checkpoint open, has blocked passage with concrete blocs brought especially for this purpose. Thus at Zeita agricultural checkpoint, where a large hole in the fence is seen in the direction of Zemer. Near Nizlat Issa (close to Baqa) right after the separation wall, there is a large hole in the fence where people cross openly, even holders of transit permits and especially people without them. We were told that hundreds of people cross there into western (Israeli) Baqa, and ride buses to Hadera and Tel Aviv. We are told that the army makes no effort to fix the holes or even catch the ‘foxes’. We are asked whether this is some sort of sophisticated tactics? Associated with the elections? People are confused and wonder how come the occupation authorities see this and do not react? And perhaps this is the form of the hoped-for peace… They enjoy this new situation and have already begun to fear that one day they would wake up and realize this was all a dream.

At the Tayibe-Roumana checkpoint we met the DCO representative, right next to two large holes in the fence, one just beside the outer gate, and another opposite. He claims there is no point in repairing them, for other holes will immediately appear (?). Around them numerous tracks are seen, obviously they have long been serving as an accessible passage point.