is over – back to the routine

All the workers crossed to the Israeli side.  No visits of relatives.

Quieter than on other days.

A small vineyard has been planted below Mitzpeh Eshtamo’a. Is it a sign that the settlers there are digging in?

Soldiers stop cars for inspection on the road to Ovda, but release them quickly.

Many children at the Dura-Elfawwar junction, on their way to school.

Soldiers are also at the sheep market at the Kvasim junction; they’re not interfering, other than by their presense.

The entrance to Kiryat Arba is becoming increasingly grand. The plazas have been completed. I wonder how they’ll be decorated?

The guard at the entrance smiles ironically and asks, “Nu, how did you celebrate Nakba Day?”

Anat Cohen passes and manages to send a shiver down our spines simply by her presence. We’re glad she drove on rather than turning around to quarrel with us.

Giv’ati and Border Police soldiers at all the Hebron checkpoints, as usual, but we don’t see anyone detained anywhere. We met C.P.T. women. They again express their condolences at the passing of Tamar Golan, our colleague. They tell us that yesterday, on opposite sides of the Tarpa”t checkpoint, Palestinian residents of Hebron faced IDF soldiers. The Palestinians yelled and threw rocks; the soldiers lobbed smoke grenades.

We visited the Al Ibrahamiyya school for boys and the Al Fayha school for girls which are next to each other and adjoin the Cave of the Patriarchs compound.

We wanted to arrange a visit to these schools by students from Sapir College two weeks from now. The principal of the boy’s school telephones to someone and receives permission for the visit. Our conversation with him flows. He tells us he was a pupil in that school as a child, taught there and now he’s the principal.

He’s lived here his entire life. He has a bullet in his leg from 2001, but believes that the Palestinian people and the Israeli people can live together in peace. The problem, he says, is the leaders. We can’t argue with that.

Hagit tells him about the Beck family, that had property in Hebron, but in 1981 went to Natshe, the mayor, and gave him the deed to their property. They relinquished all of it until peace comes.

The principal shows us photographs of settlers attacking the children, but notes that things have calmed down recently.

The principal of the Al Fayha school for girls tells us that that the school must close whenever there’s a Jewish holiday, and about delays almost daily at the checkpoint at the Palestinian entrance to the Cave of the Patriarchs.  We offer to help, as we did with the Cordoba School next to the Pharmacy checkpoint. She’s a proud, impressive woman; she says she won’t accept our help if the rest of the residents still must be inspected. She doesn’t say so explicitly, but her message is: “There shouldn’t be a checkpoint there at all. No one should have to be inspected leaving their home for work or school.” Is there anything to add?

Regarding the visit by students to her school, she’s somewhat hesitant and wants to check with her superiors. She also asks whether we can help her arrange a visit to the Biblical Zoo in Jerusalem. We’ll try.

A military vehicle stops cars for inspection but let them off quickly when we arrive.

We returned via Route 317, where everything seems normal. 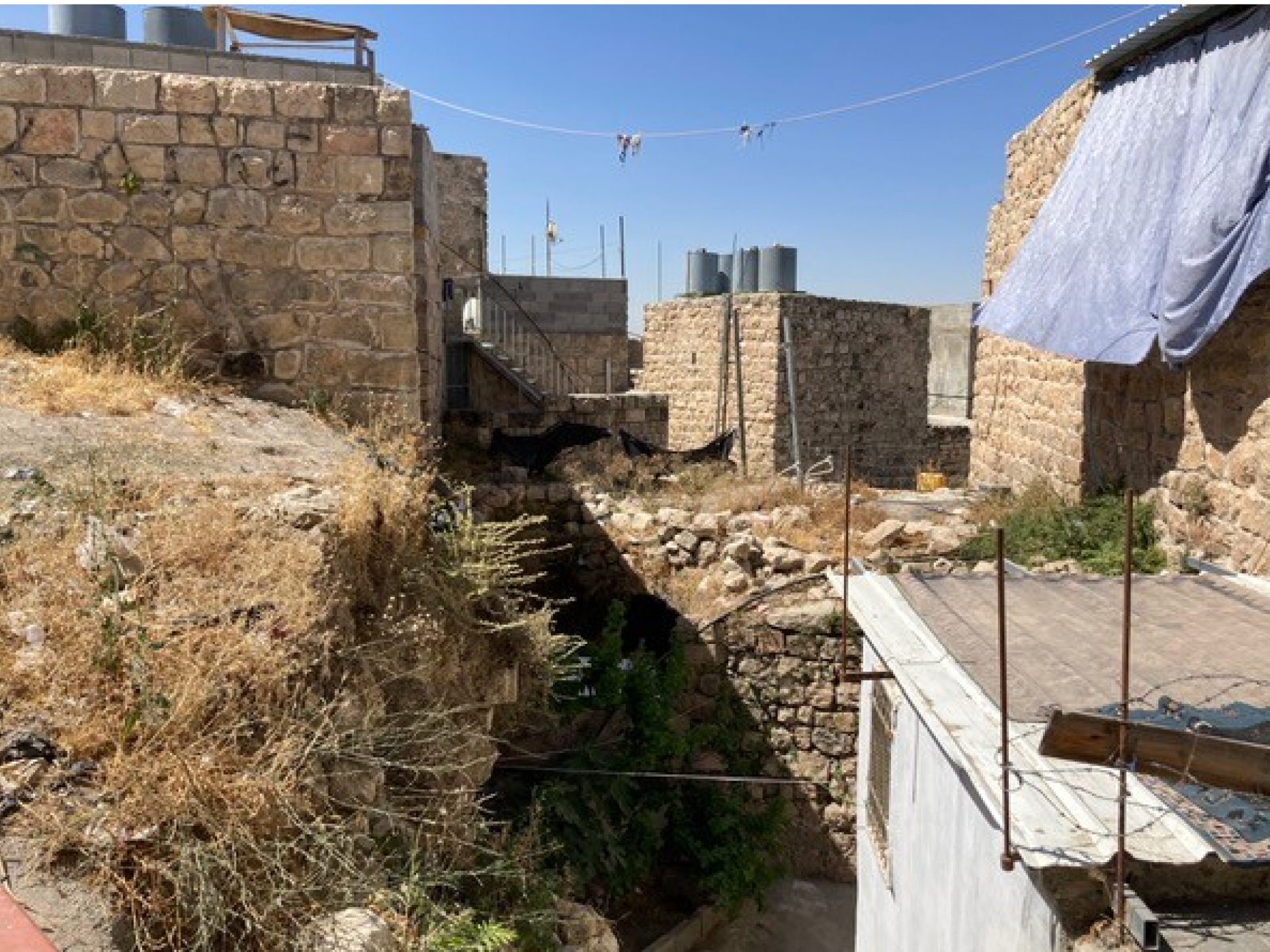