Anin Checkpoint: We got too close to the checkpoint gate and ... | Machsomwatch
Skip to main content
Back to reports search page

Anin Checkpoint: We got too close to the checkpoint gate and ... 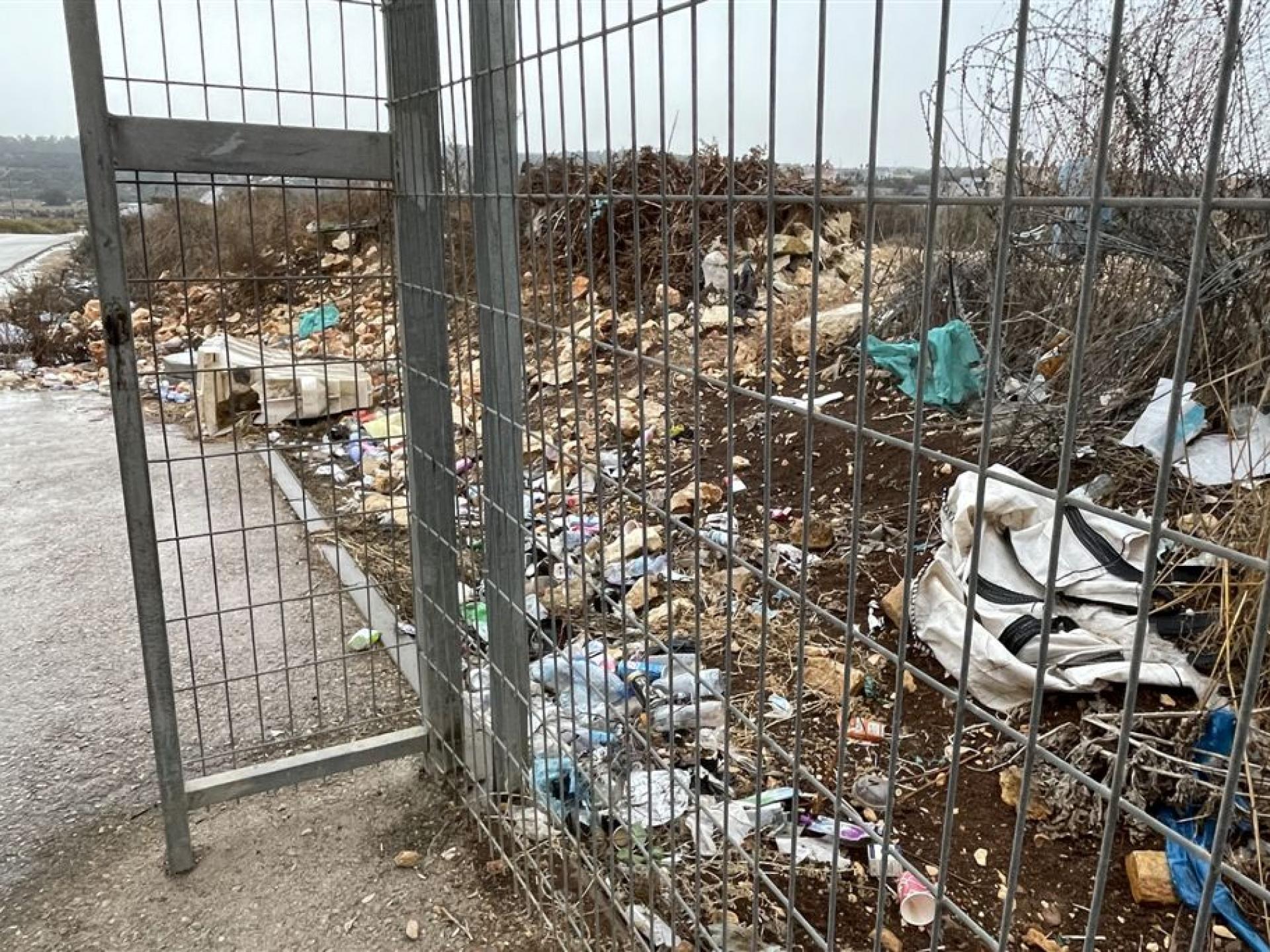 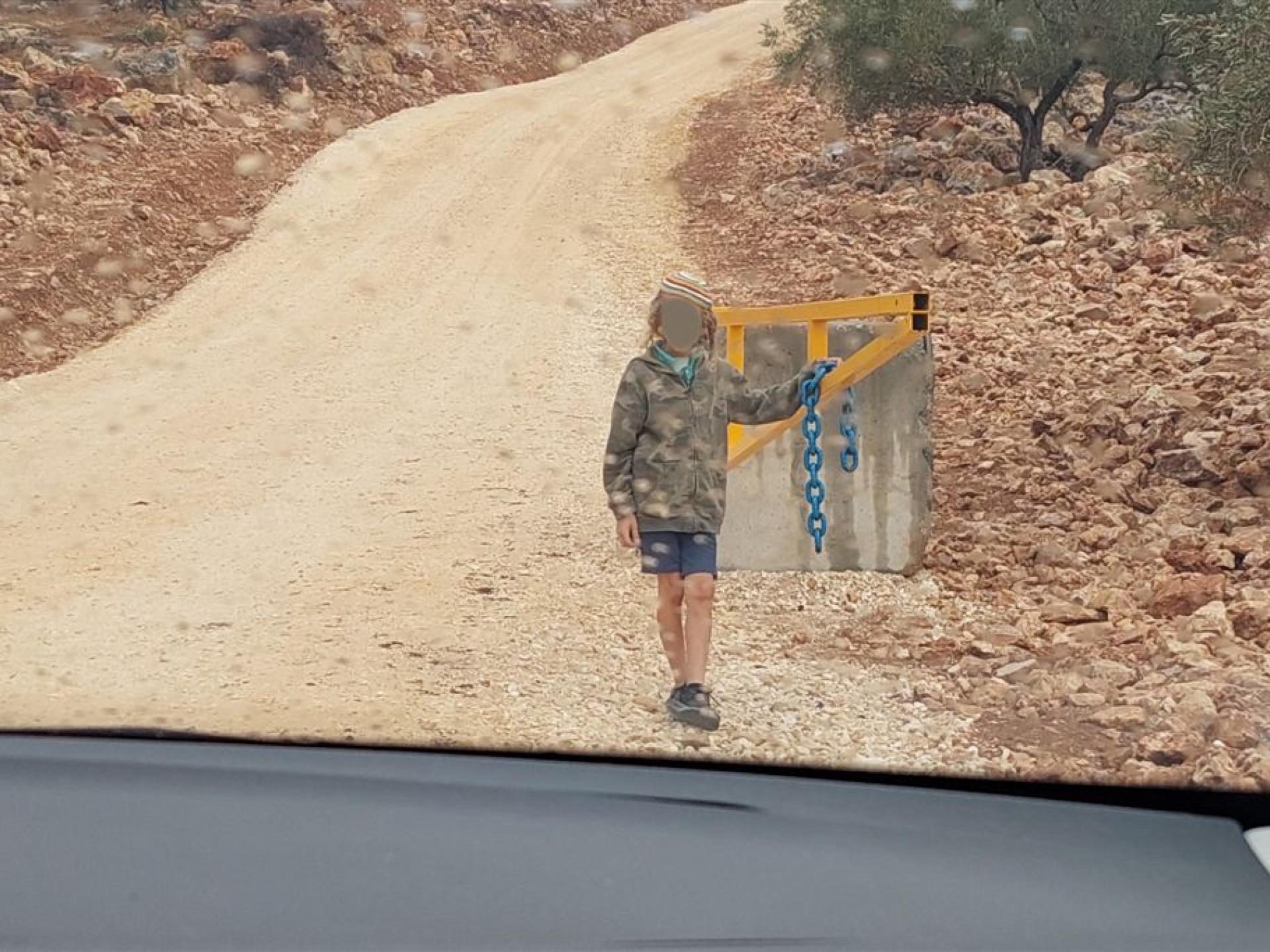 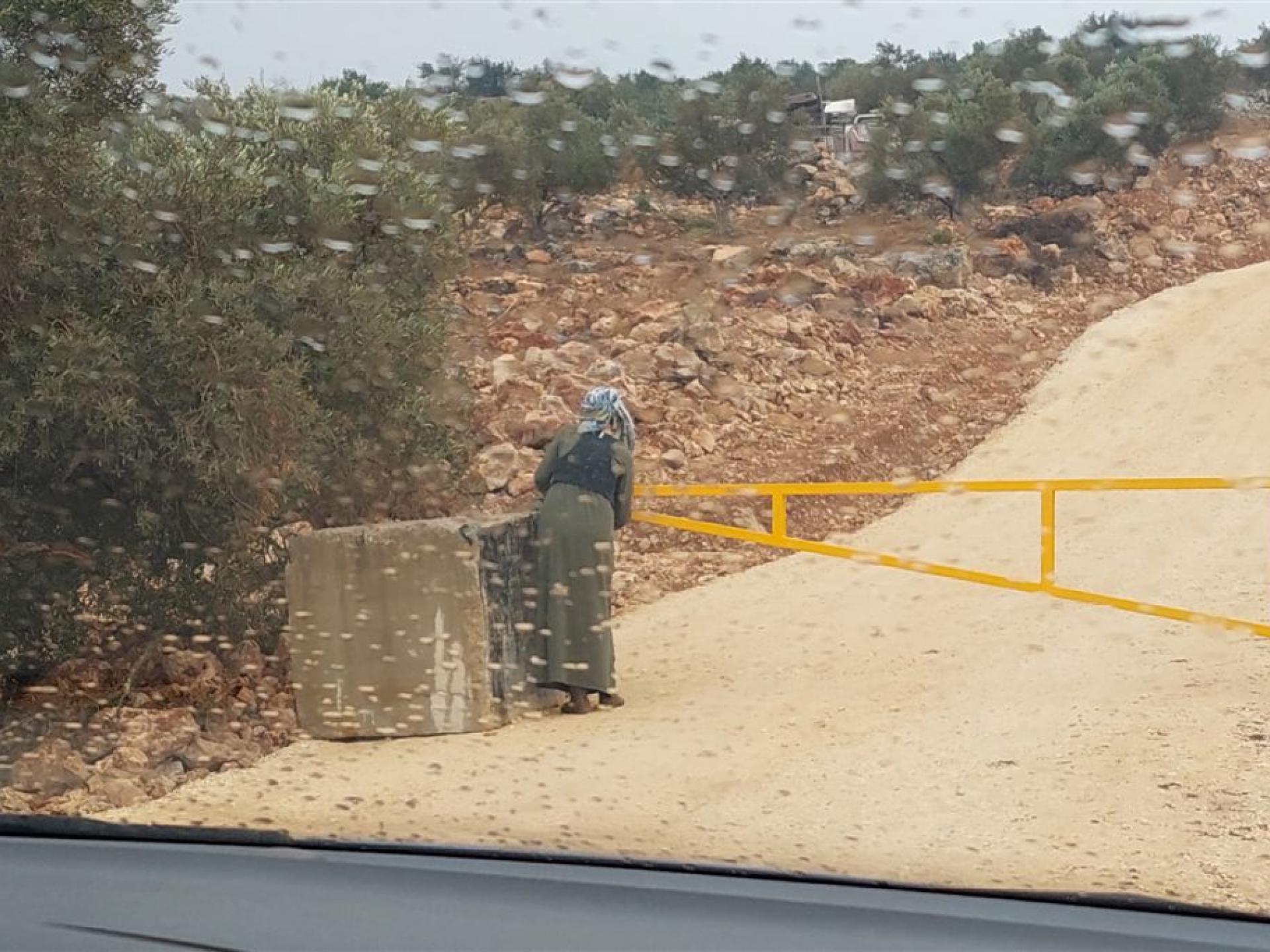 06:40 – We first visited a place in Um Al Fahem  at a point where people cross the separation fence opposite A’anin.  We only found out about this place a week ago  Many cars were waiting there to drive people to their places of work in Israel or the seamline zone.   We couldn’t find anywhere to park.  A large gate was open that led into an empty lot in a grove of trees facing the separation barrier.   This enabled vehicles to approach the workers and pick them up after they had walked about two kilometers in the rain.

A soldier wearing a prayer shawl was praying surrounded by the lovely view.  We drove up to the open gate and a man and woman soldier ran up to us and the soldier pointed his weapon at us, which was unpleasant.   Afterwards he hurried to search for “Machsom Watch” on Google.  We asked about the opening hours for the checkpoint and were told “To tell you the truth, there is no permanent opening time.  This morning we were told to open early so that people wouldn’t have to wait in the rain.”

Two tractors had already crossed and at 07:05 the gate would be closed.  The soldiers were sitting in a rented car to keep out of the rain.  The gentle, smiling woman soldier remained with us a bit longer out of curiosity.

We were told that the checkpoint had opened earlier than usual, at 06:30 because of the olive harvest.   Young people were waiting for rides under the dirty shed.  We heard the soldiers shouting from inside the checkpoint.  Someone arrived from the West bank   We asked what was going on there and were told “They’re playing” a bit angrily.  Two girls arrived on foot from Dahar al Malik and three others arrived in a luxurious land rover.

We crossed the checkpoint.  All the parking lots including the lot for trucks were full.  Someone was putting numbered stickers on the plastic wrapping for the cargo on the trucks.  We understood that trucks still needed to have their cargo unloaded and checked in the truck facility.

We saw new olive groves on our way to the Hermesh Checkpoint surrounded by lovely stone fences.   Next time we will photograph them.

On our way to Yaabed – Dotan Checkpoint we saw a car coming down the new road from Mevo Dotan B. (Maoz Zvi) and hurried towards it.  A nine-year-old boy opened the gate that we wrote about in previous reports.  His mother, a pleasant – faced settler, explained that she was driving the children to school in the city of Harish.  She explained that this new road belonged to the army and was paved to reach Maoz Zvi safely.  The old road, which winds Mevo Dotan to Maoz Zvi, is narrow and dangerous and people have gotten stranded on it during fires.   It is our opinion that this road was made for the convenience of 17 families who live in the settlement because it is a much shorter distance from the settlement to the main road.  Meanwhile the mother got out to help her son lock the gate that was held closed with a short heavy chain.   The gate was locked with a key belonging to the army and they drove on the new road which crosses fields and orchards belonging to the residents of Yaabed without their permission.

There was little traffic and it was moving without delay.

08:20 – We passed Reihan – Barta’a Checkpoint again.  There was already little traffic.   The transport industry was thriving along Route 611, the road to East Barta’a.  We counted 13 small busses that were waiting along the separation barrier waiting to pick up passengers.  There was a police vehicle parked about 200 meters away that was ignoring what was going on.