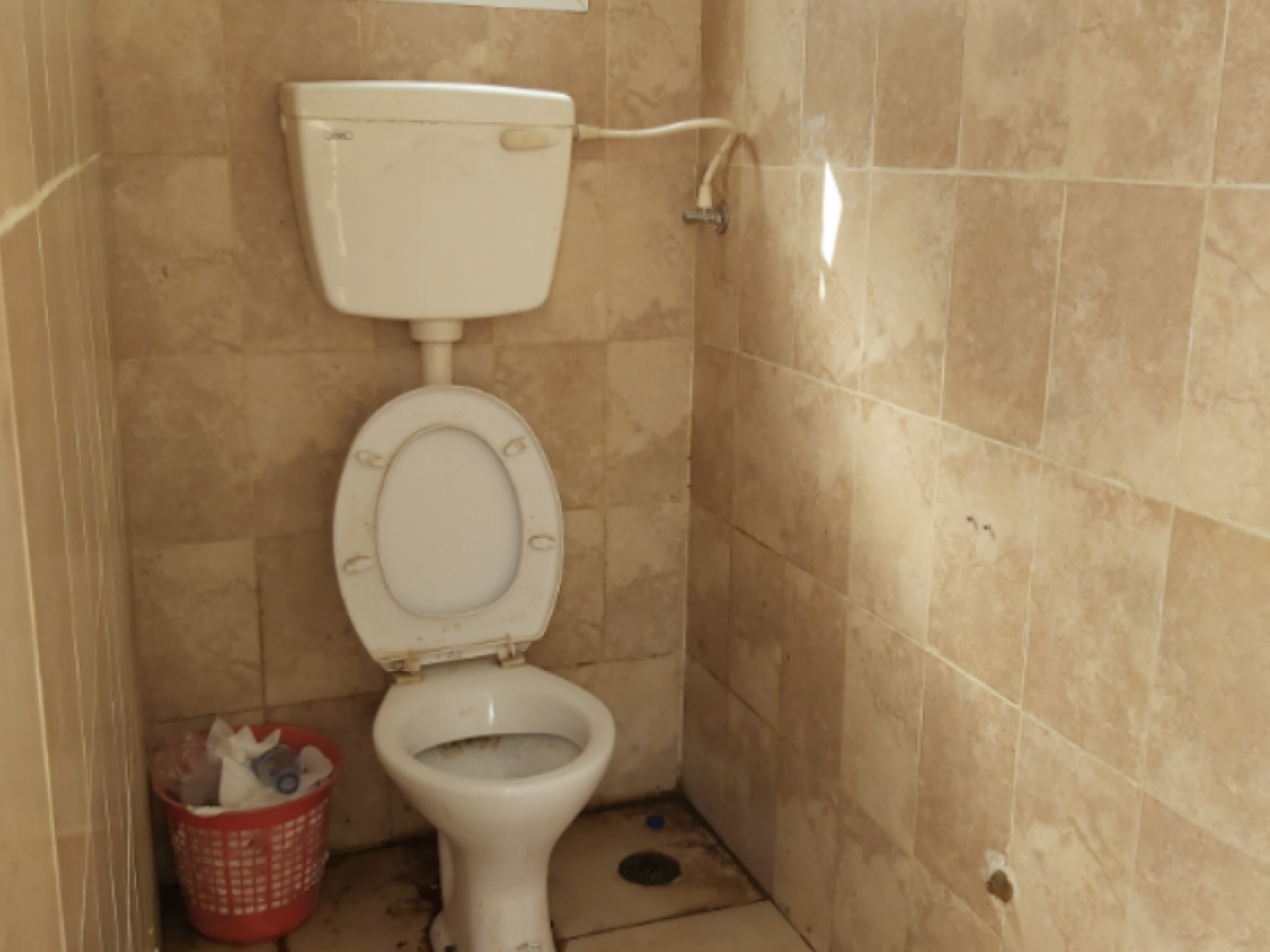 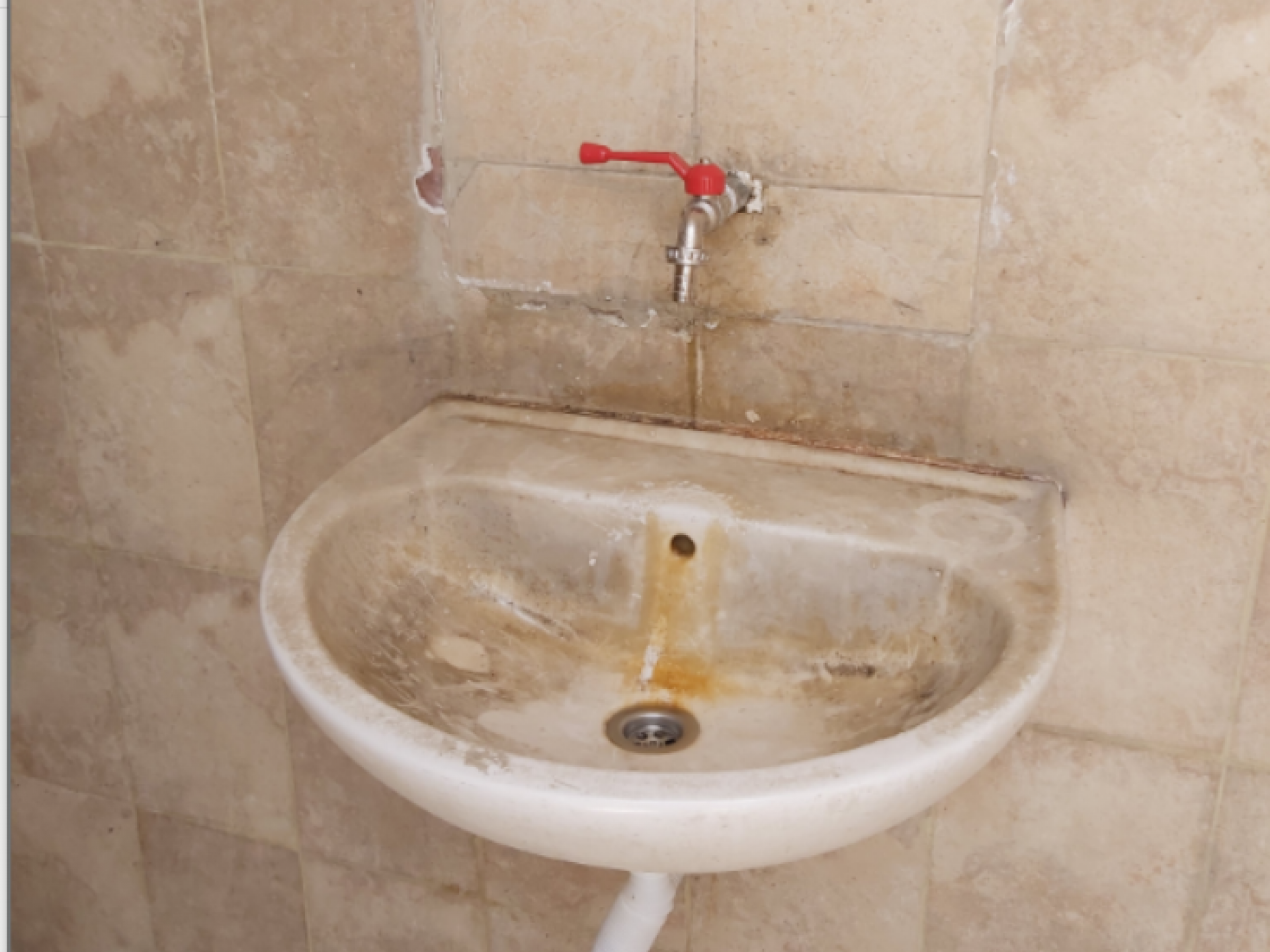 Some improvement.Observers: 11.15. The parking lot was full, but the waiting room had many empty seats. The screen showed numbers (starting at 60) only for magnetic card applications, which proceeded at a relatively reasonable pace. Sometimes people were called for by name, sometimes by number. Most of these were people who had come for permits or who had to meet Security representatives. But the majority in the room were waiting for magnetic cards.

Outside we saw a man coming out of the toilet, shaking his wet hands – which showed that at last there is water! We peeped inside the women’s toilet and noticed that it, too, has been cleaned and connected to water both for flushing and for the hand basin. And outside there was no longer a leak. Cleanliness, of course, is a relative term …

We sat inside and chatted with a couple who had come from Beit Jallah for magnetic cards – apparently brother and sister. The woman has lived in Jordan for many years and has come to visit family. She needs also to get a visa to enter Jerusalem with her Jordanian passport. Telling us about her family in Jordan, she invites us to visit when we come to Jordan. The man proudly tell us of tests published by Cremisan, whose results showed that Beit Jalla’s olive oil is the best, its quality superior to that of Spain or Italy. [He was surprised to hear that we were both Israeli and Jewish. He hadn’t heard of Machsomwatch but understood us to be a “peace” organization, and knew of a “peace” organization in Beit Jallah.]

Soon after 12 o’clock a man and woman soldier came out into the waiting-room with a man, pointing out to him things needing repair – lightbulbs needing replacement and some ceiling repairs. They also told everyone in the room that there would now be a break in service until 13.00. We were relieved that at least the people already admitted were not sent out and would apparently be attended to during this time.

We decided to leave. We wanted to photograph the men’s toilet, on the way. But this was not possible because – wonder of wonders – the toilets were in use.