Qalandiya checkpoint: Closure, impossible to return home from the hospital | Machsomwatch
Skip to main content
Back to reports search page

Qalandiya checkpoint: Closure, impossible to return home from the hospital 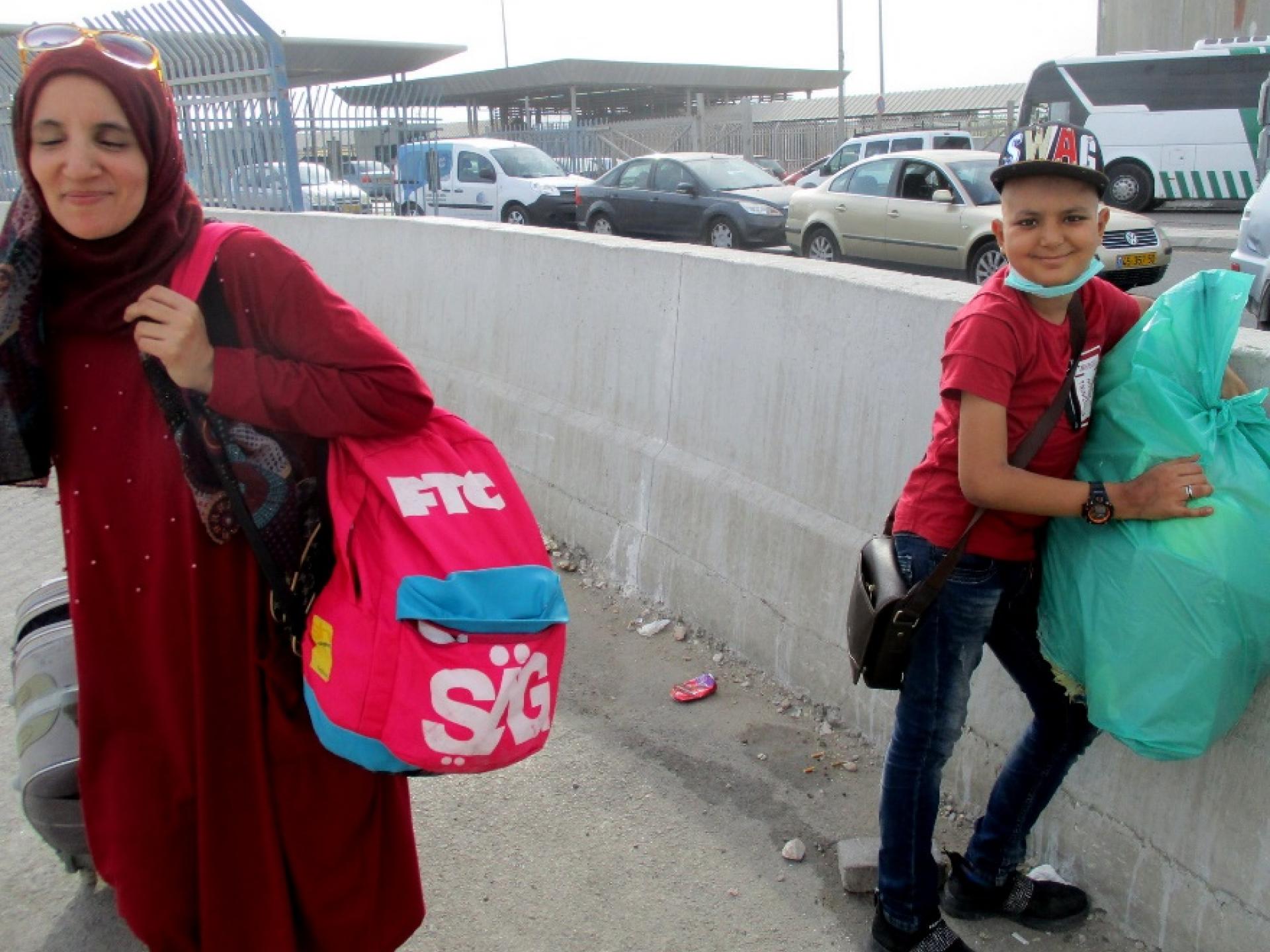 A woman from Aza with her ill child
Photographer:
Tamar Fleishman

I saw them from afar, the woman and her son carrying bags that were obviously heavy.

I walked towards them and the closer I got the more clearly I could see that the child is a cancer patient from Gaza who has just been sent home from the hospital.

How? By the mask dropped on his neck, the full bags, the looks searching for the right way to go and the worried faces.

But why were they walking in the opposite direction to their target, from the checkpoint towards the West Bank rather than from it?

When we just met the mother told me that her 12-year old son, Mohammad, has cancer “here”, she said pointing to her own neck. He had been treated in Nablus and was now released to go home to Gaza, but they could not proceed.

Perhaps she didn’t know that the Jews are on holiday and perhaps she did know and was wrong to think that her son met the criteria publicized by the army spokesperson, quoted: “During closure

medical and outstanding humanitarian cases alone will be approved for crossing, pending approval of the Coordinator of Government Actions in the Territories”.

In spite of the official notice neither Mohammad nor other patients could travel to the Gaza Strip during closure days. When the truth came out the woman sought public transport to travel to Ramallah, where she and her son would stay until closure was lifted.

Since that transport was neither easily accessible nor near, and the bags were heavy and the suitcase wheels quite worn down, I called an acquaintance of mine for help.

The man took the woman’s suitcase which she had been dragging, I took Mohammad’s bag from him and together we walked to the service taxis.

Only after waving goodbye to both was I struck with the thought that Mohammad who will be returning to Gaza in two days’ time is exactly the same age as the boy Nassar Azbi Musbah of Gaza whom Israeli soldiers murdered two days ago.

I also didn’t know the name of the young man who was murdered on Yom Kippur Eve near the Old City of Jerusalem in what was publicized as a terrorist attack which it wasn’t. The OCHA report said his body was not returned to his family, at the refugee camp I heard that indeed the martyr’s body was not handed over to his family, or as a friend said: “His body too was not returned to his family”, which confirms my dread that among Israeli decision-makers headed by Minister Ardan, those who tend to hold on to bodies of dead Palestinians for long unexplained periods of time are struck by the necrophilia germ – as it were.

As for the name of the young man, unmentioned throughout the width and breadth of Israeli media, apparently he has one, the name he was given by his parents – Mohammad Elian.

Now it’s all quiet. If you want to see them, the soldiers, wait until it gets dark – I was told at Hizma village. Why? Because that’s how the army has been operating for some time: at some irregular time of night army vehicles enter the streets and alleys of the village and even arrest children, I was told.

I who am never sure whether “children” means those of the man telling me this, who are sometimes adults or minors, I asked – how old are the children being arrested? –Children, you know, from 14 to about 20. –And how many children of the village are now in prison? – Over twenty of them, said the man.