Etzion DCO: Sewage overflow, also the troubles of the Palestinians | Machsomwatch
Skip to main content
Back to reports search page

Etzion DCO: Sewage overflow, also the troubles of the Palestinians 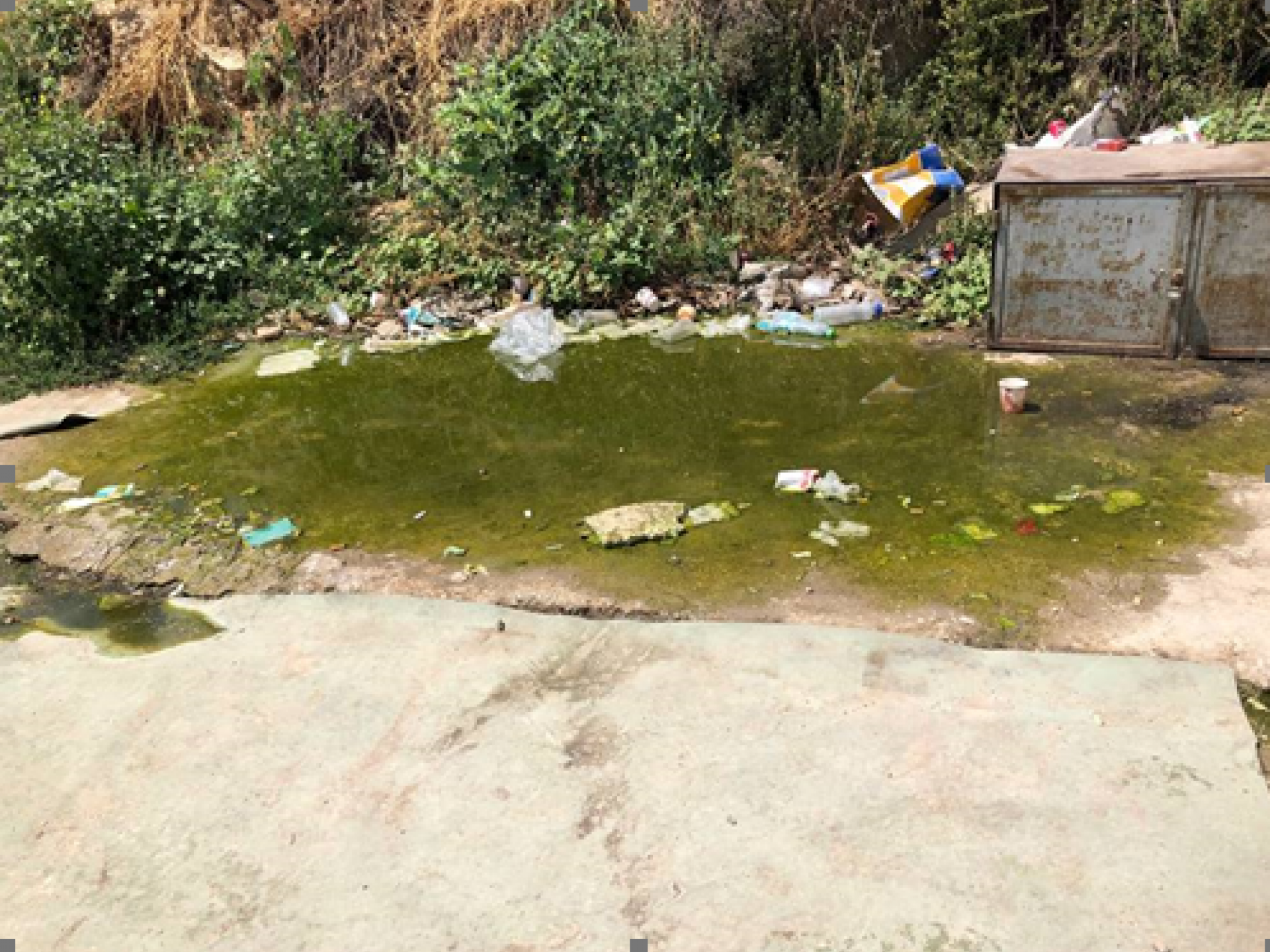 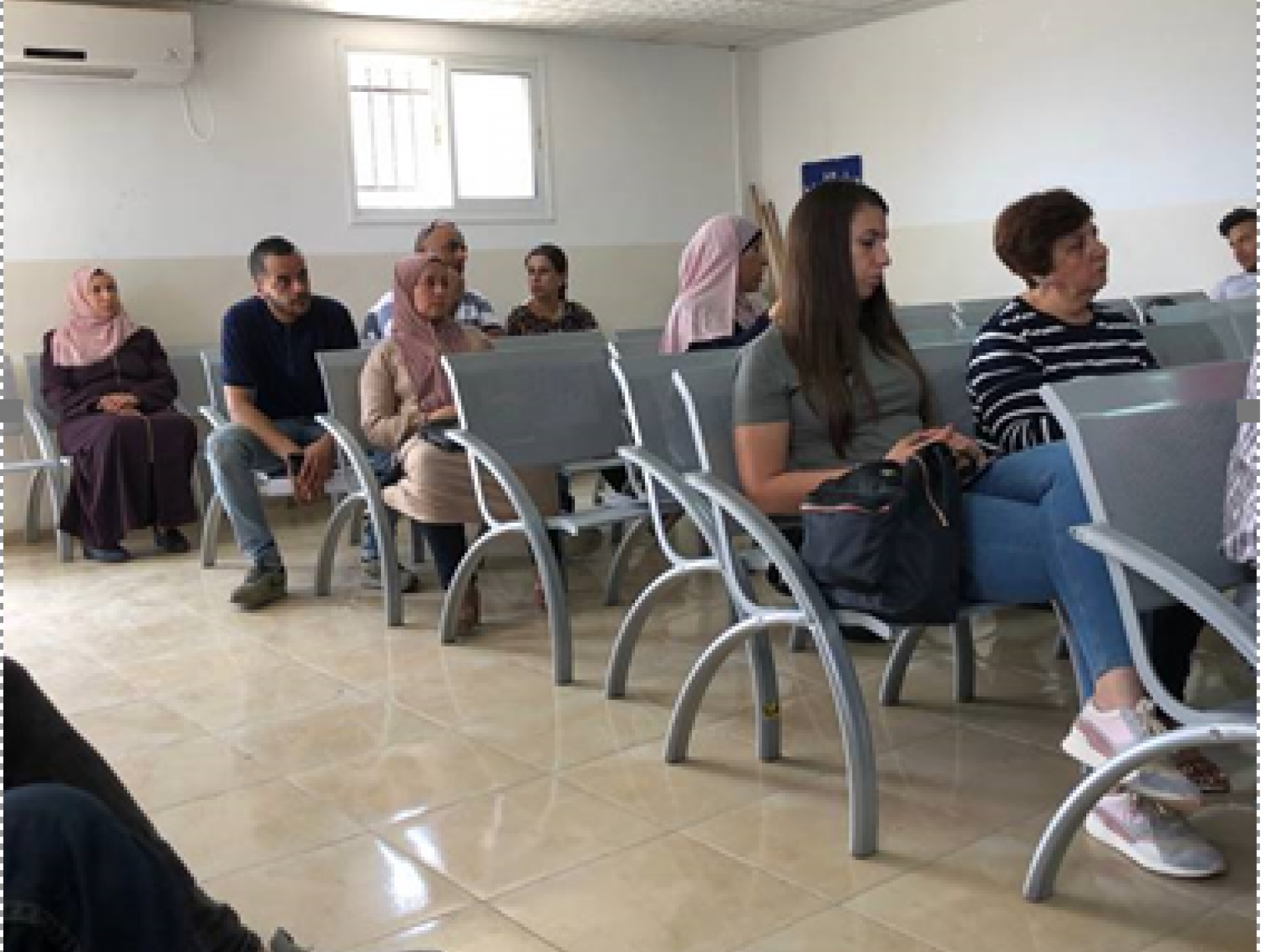 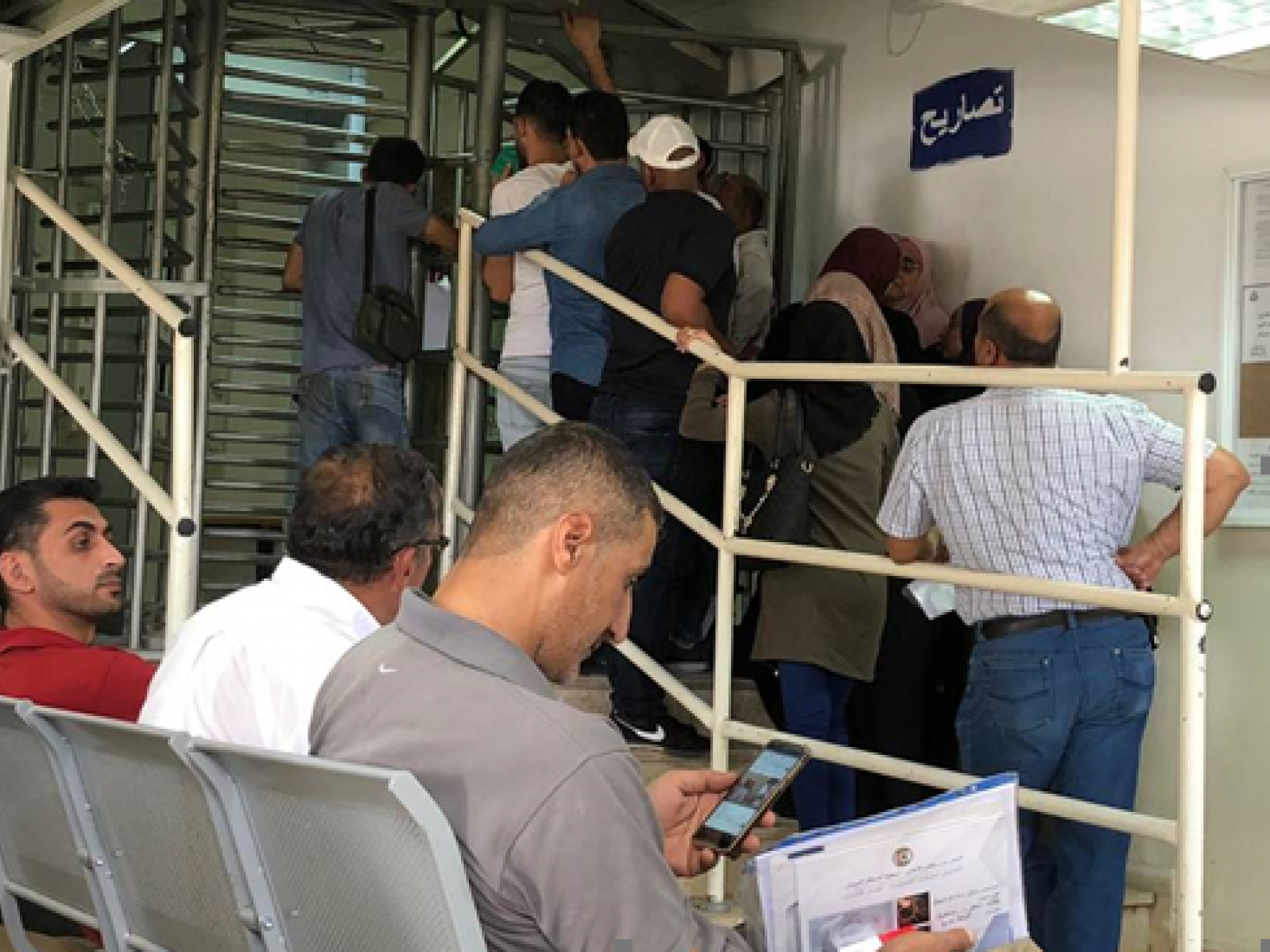 Some are already went through to the offices

The parking lot was always was full. The sewage is flowing again and almost reaches the area of the orchards. The waiting room is hot. A man came to do something to do the air conditioner but when he had tinkered for two minutes left and it was not working. The water cooler was not dispensing any water, not cold and not hot. Some have waited in line for  their numbers, then sat in the waiting room and then are queued up at the turnstile.Some are already inside the offices but as I said before we do not know for how long they will be there.

We did notice but are not sure of our facts. A nun arrived with another woman and the men let them go to the turnstile where they were let in immediately and then and then two more women arrived, Christain by their dress and were let in immediately. We do not know if this is because they were Christians. Sylvie’s name came up often when we discussed problems and so did that of Chamies of Hebron. We heard again the stories of lawyers who took enormous sums and did nothing. Shlomiet warns everyone to either contact Sylvie or Chamies who although he is not a lawyer only takes 50 shekel and can write a very good letter for them and not take private lawyers. Many of the private lawyers  take more than these people earn in a year.

As soon as we arrived a man approached us. He has a problem with his heart and it is forbidden for him  to pass through the x-ray at Bethlehem. He says in any  other country the x-ray is turned off when he has to pass but in Bethlehem he has to go through it before he gets to the soldier on duty. The DCO says it is not their problem. He  wants to go through the checkpoint with the bus. Hana said that he should get a special form from the doctor  which would state that he could not go through for health reasons.

One woman who spoke an excellent English told us of her son who is a doctor in Hebron. He was refused permission to attend a conference here in Jerusalem and would also like to take courses at Hadassah. He has never been in jail or had a problem but is refused entry. Many of the men in the beginning tell us they have never done anything but we tell them we are not judging them but we need to know if we are to help them. In his case his mother said there was no reason to refuse him . We gave her the name of Hanna Barag and Sylvie and two of my friends from the Doctors for Human Rights.

One man threw stones when he was 16 and spent time in jail but since then had no problems and was now 33, married and with two children. We sent him to Chamies who would write asking for him to be pardoned. So many such cases.

A man with a Jordanian passport and an Israeli wife is trying to get permission to join her. She came with him when he came to apply and here too, as had happened with us,  a soldier came and told her that was she was an Israel citizen she was forbidden to be in the waiting room and if she did not move off, he would arrest her. But she stood her ground and said that as an Israeli citizen he could not arrest her as was the case with us on two occasions. But as she is an Arab he could not become very unpleasant as there is one unwritten  law for Israeli Jews and another for Israeli Arabs who have to be more careful than we are. The lady asked me why we wanted to help them and I said because we are ashamed of what our people are doing. He is put off time and again and now the Ministry of the Interior wants him to take Palestinian citizenship in which case he would lose the Jordanian. He says every time the  ministry come up with something new.

Another man from Ramle with a wife in Bethlehem had not had problems with her living with him and her four children but a cousin of hers had thrown stones……and the rest is history. He had taken a lawyer who had not helped at all but had been very happy to take a sum of 10000 shekel.

Another man who had worked for his Israeli employer for many years suddenly found a month ago that he was now a security risk. His employer knew nothing of us. Sometimes the employers give the Palestinians trouble when they no longer want to pay them but this was not the case here. He was also sent to Hebron.

is in hospital with his wife. He has undergone an operation for his heart and he wants to be at their side. We gave him Hanna’s phone number.

As we were leaving we saw two men in suits and with name plates. They wanted the police to make a report as a settler had banged  into his car.

Had we stayed longer we would certainly have been approached by more people.