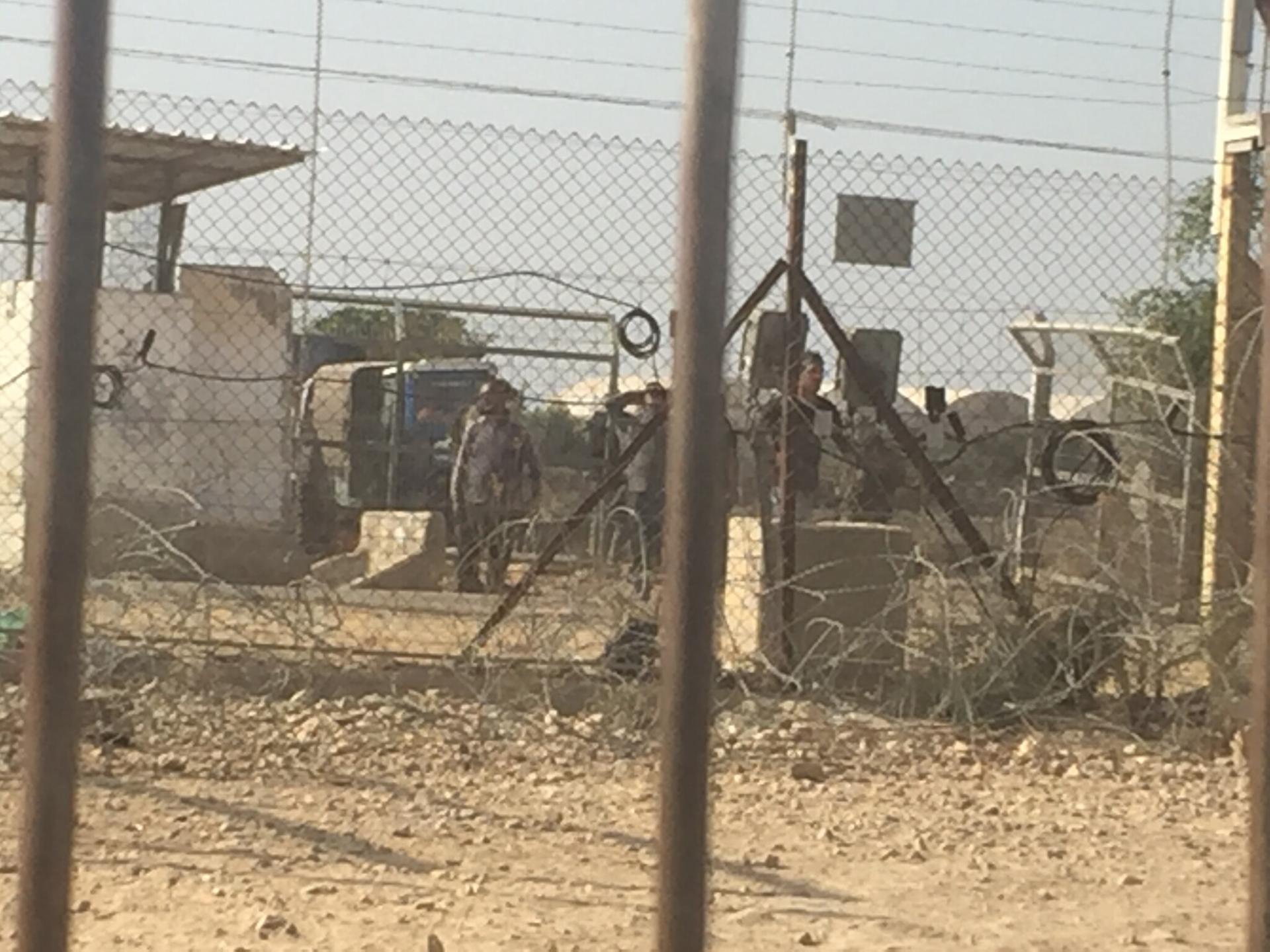 A corner I loved in a Palestinian home

We left the center of the country in a car brimming with a variety of desirable goods for Z.’s shop in ‘Azzun. This time, in addition to clothing, we had a boy’s bike and a tot’s tricycle. And also electrical appliances – a hand mixer in good condition, and other items as well. When I said “desirable,” I meant it.

No military vehicles at the entrance to ‘Azzun. In fact, during our entire trip we didn’t see a military presence on the roads or in the villages. We drove via ‘Azzun to the Falamya checkpoint. Residents of Jayous are busy harvesting olives. On the way we see new construction, and recently opened restaurants. They say that someone who had a restaurant in Jaffa opened a fish restaurant here. I wonder who its customers are, and where the fish come from. The local olive press operates primarily in the afternoon, when the harvesters are finished. The fragrance can be smelled from a distance, and large piles of pomace.

The grocery in Kafr Jimal is closed, as are other shops. The street is deserted; everyone must be picking olives.

The people at the checkpoint say things are alright. We saw that later. Lemon groves and fields of eggplants around us. A pastoral landscape, were it not for the occupation.

But now soldiers arrive, open the gate slightly after the designated hour. Crossing proceeds quickly, a glance at the permit, a signal to the next vehicle. Many tractors laden with za’atar, and also olives, I think. Many children sitting on the tractors and pickup trucks, apparently returning from picking with their families. They’re all cute, smiling, waving hello to us.

The soldiers at the checkpoint are from a military police unit. We’ll save our conversation with them for the Jayous checkpoint. They’re hurrying there, and we, on the other side of the fence, try to catch up. It’s impossible; they’re driving on the security road and we’re on a bumpy unpaved track. When we reached the checkpoint, all the vehicles had already gone through. The soldiers are very curious.

We learn they don’t know the names of the villages beyond the fence. They ask how we got here; via Falamya, Jayyus, ‘Azzun we tell them. The names don’t sound familiar.

Another soldier joins them, in a military police vehicle. He’s curious, asks me many questions. Mainly, why are we here, do we see that we have any effect. I tell him how the soldiers behaved toward Palestinians during the initial years of our activity, and he’s stunned. He asks about the fence, and where I think the border should be. I tell him about the annexation proceeding quietly, and the theft of land. When I ask whose side he’s on, he replies: I don’t like either.

At least he evinces interest.

The soldiers return to their base and we continue to ‘Azzun. The dirt road is difficult; Nina’s a skillful driver. We despair of reaching the main road, but then we meet a Palestinian couple who’d come to collect honey from their hives, beside the grove, and the man confirms the dirt road reaches the highway. He offers us honey. With no stinger…

We unload all the goods in ‘Azzun and are surprised to see that Z’s at home. He’d finished picking in the grove, and the owner sent him home. A free half-day. It’s a chance to talk with him. We drink sweet, hot tea, and Z. tells us he’s paid in oil for his work, and he’s surely happy to sell some to us. He’s still blacklisted, as is his son, who was arrested and released without charges, but both of them were denied the right to work in Israel. Z’s younger son, who’s 10, raises songbirds and parrots in cages on the patio, which is also the living room. Sometimes they release the birds, which always return to their cages. Symbolic?

I was very impressed by the lovely, decorated living room, notwithstanding the surrounding poverty.

On the way back we stop at O’s plant nursery, buy potted plants to lighten the grey winter coming for us and the Palestinians.