The present heat wave has not been blocked by the Separation Wall nor distinguished between humans.

Nor were there any changes even when temperatures mounted above 40 degrees centigrade in the instructions that do distinguished between humans, between that which is permitted and that which is not, between ones who are allowed through the checkpoint and those who are refused and turned back.

Many came early to avoid the day’s heat, but the man-made restrictions of their movement were unpreventable.

That which was different this time was the multiplicity of those rejected/expelled/turned back/refused of all ages. The refusal instruction did not exclude the elderly who were over the maximal age dictated this year as part of Ramadan ‘discounts’.

Disappointed men, young and old, sat in a long line on a dirt dyke, postponing their journey home. Perhaps they were waiting for transport or hoping for the verdict to be reversed…

But it was not reversed. Humaneness too was nowhere to be found. The soldiers and policemen, too – not only their superiors – do not see it their responsibility to think or be considerate. They are there to follow orders and maintain order.

“I am serving”, a Border Policeman defined his role, as if he were facing clients, not humans.

As closing time approached, and a group of women who managed the surpass the obstacles placed by man and climate (45 degrees centigrade) reached the last barrier, they found themselves caged inside the checkpoint compound. Neither here nor there, between the woman-soldier behind the secured window on the way leading to Jerusalem, held back by either mechanical disorder or human malfunction.

A Border Policeman who happened by tried to get the attention of the woman-soldier sitting snug in her post. He shook the gate – nothing happened. He yelled – “Soldier! Soldier!” Nothing.

Then he drew a magnetic card out of his pocket, opened the gate and entered.

He locked the gate behind him. I did not hurry to leave, certainly not to where I’d been sent by him.

I waited opposite the women until the one with the finger that pushes the button that opens the door that opens towards the exterior of the checkpoint favored them and pushed the right button and the caged women hurried out, to proceed to their transport towards the Al Aqsa mosque.

This time, too, VIPs patrolled the place, like their subordinates. They never really saw the human masses facing them, and these masses’ state was never a part of their considerations.

Avichai Ader’i, the Israeli army spokesperson in Arabic, was noticeably present, and never noticed - or chose not to notice - the man next to him, holding a green (Palestinian) ID who was shamefully sent away.

And one last point:

In spite of our years-long experience of Ramadan Fridays here, the countless presence of lethal firearms pointed at humans on their way to prayer is uncontainable, inconceivable, and one can simply not grow accustomed to it. 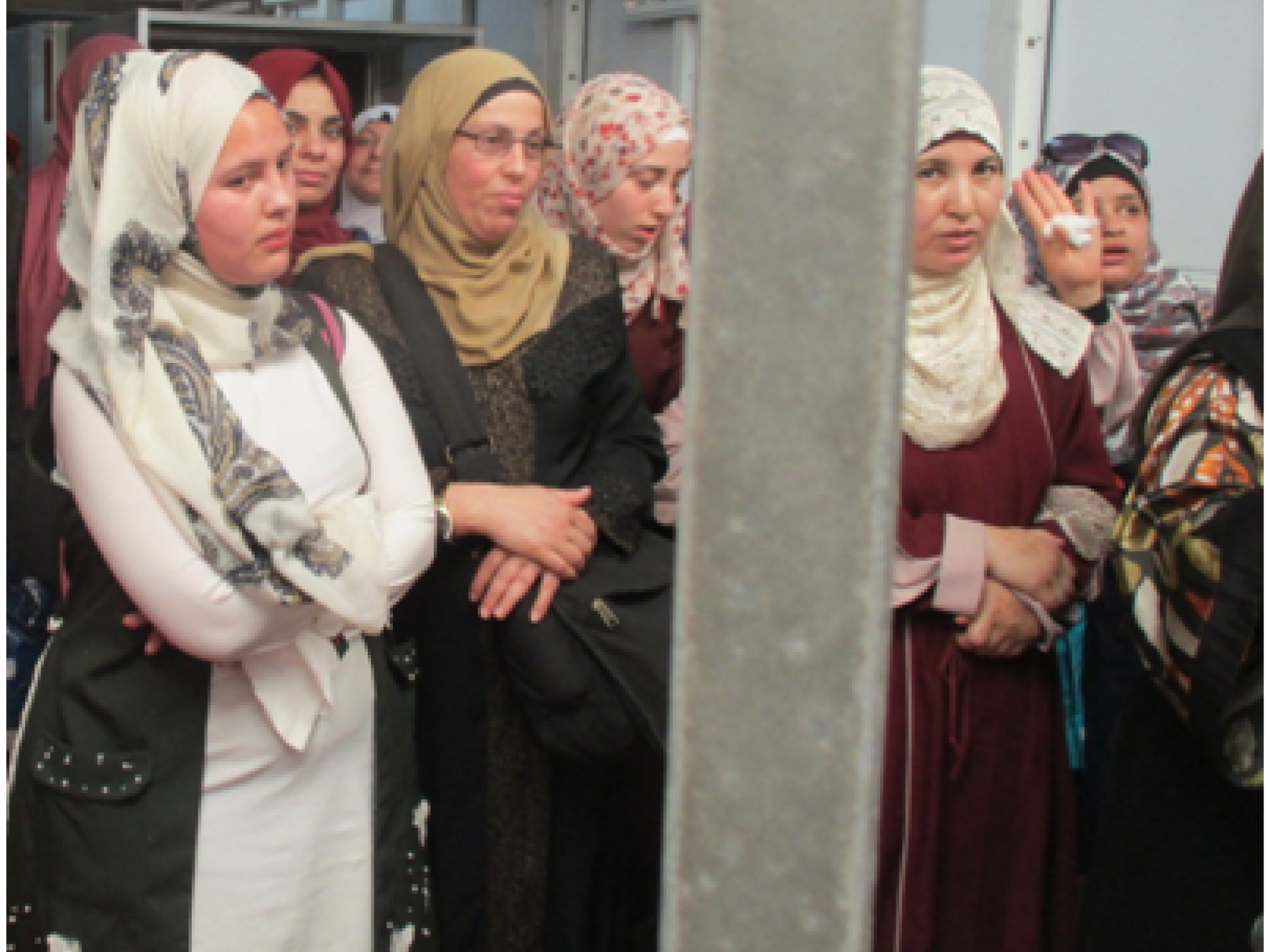 Women who survived the weather found themselves locked up 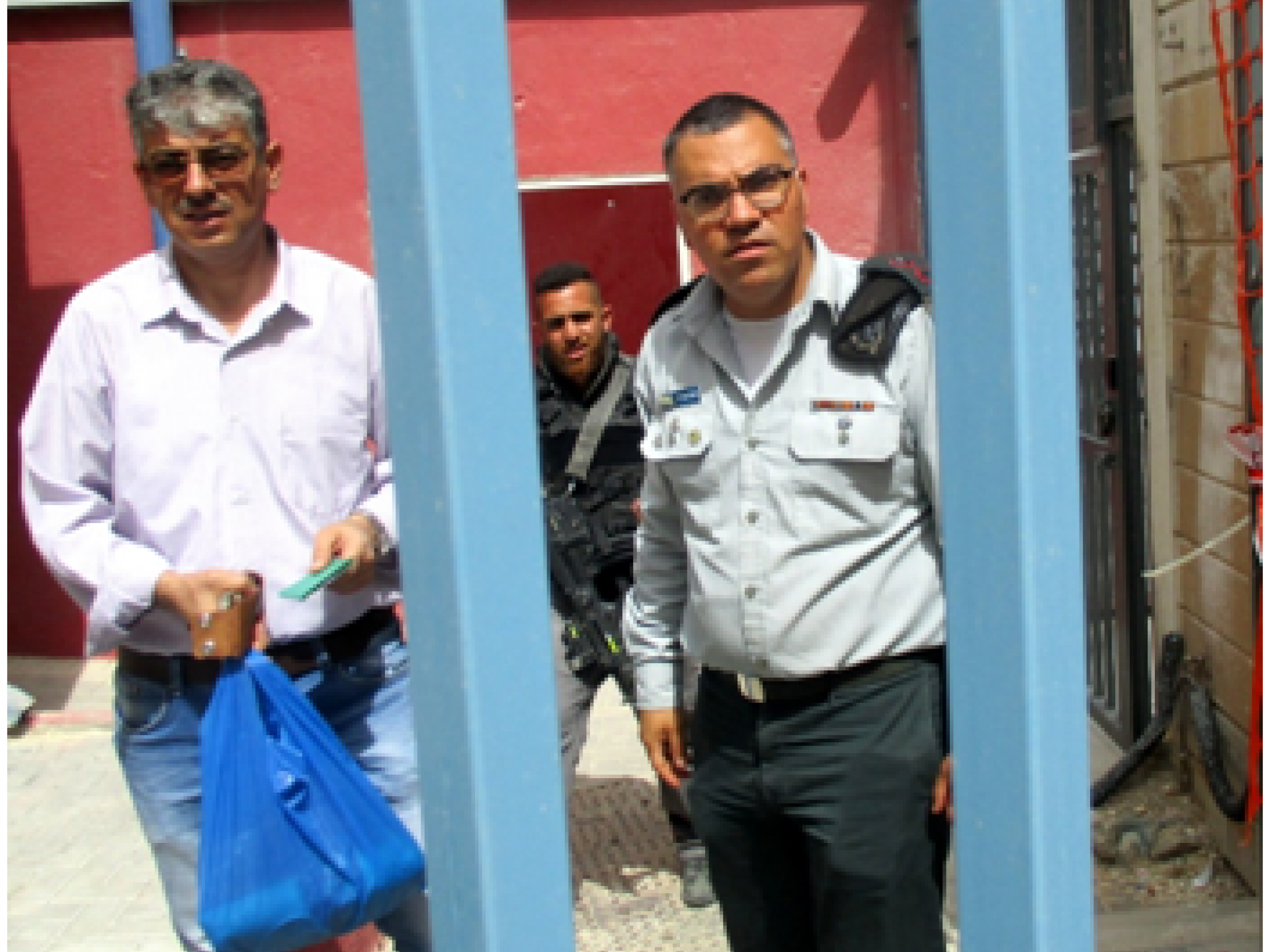 The spokesman does not identify the man who was sent away 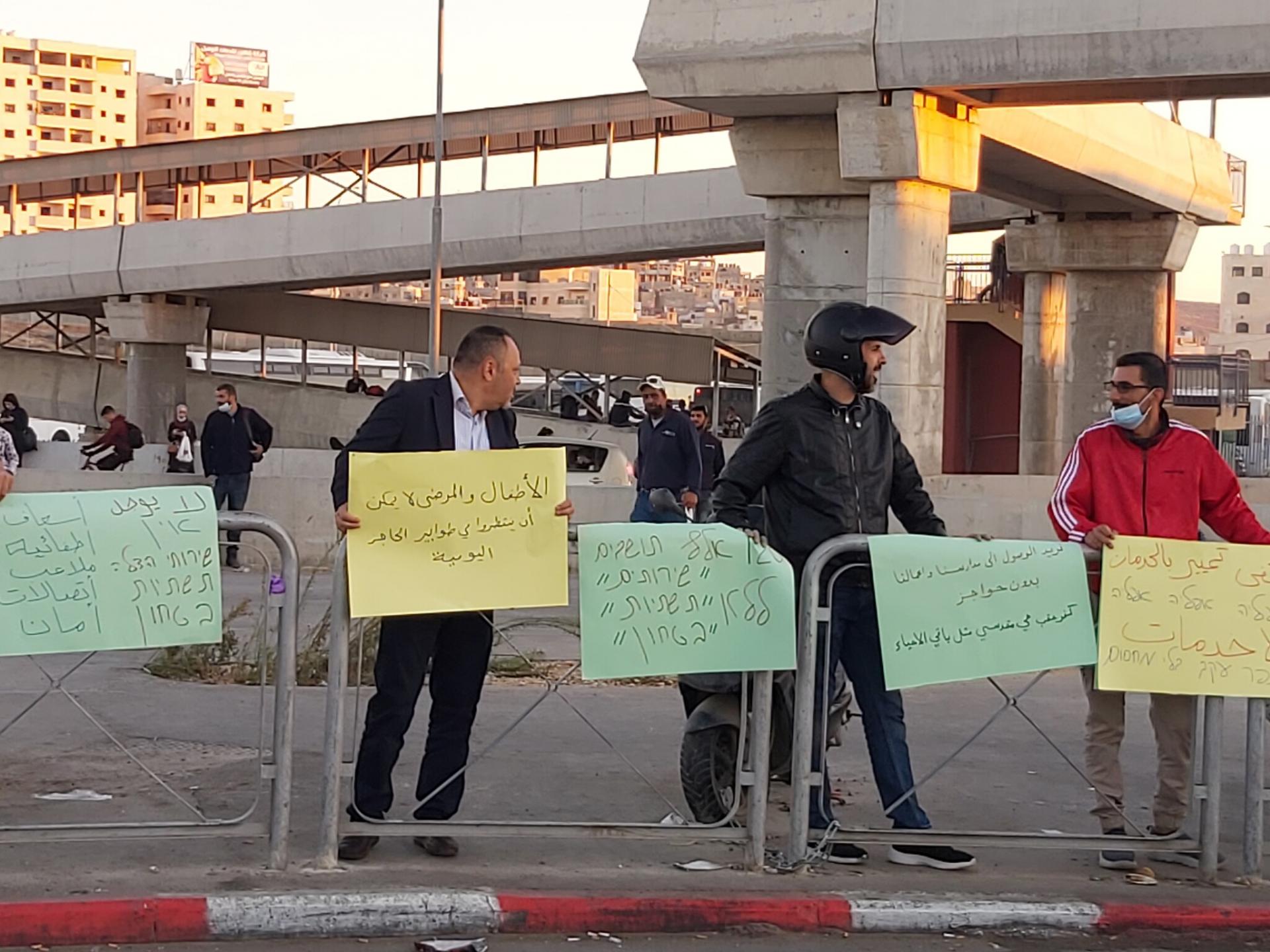