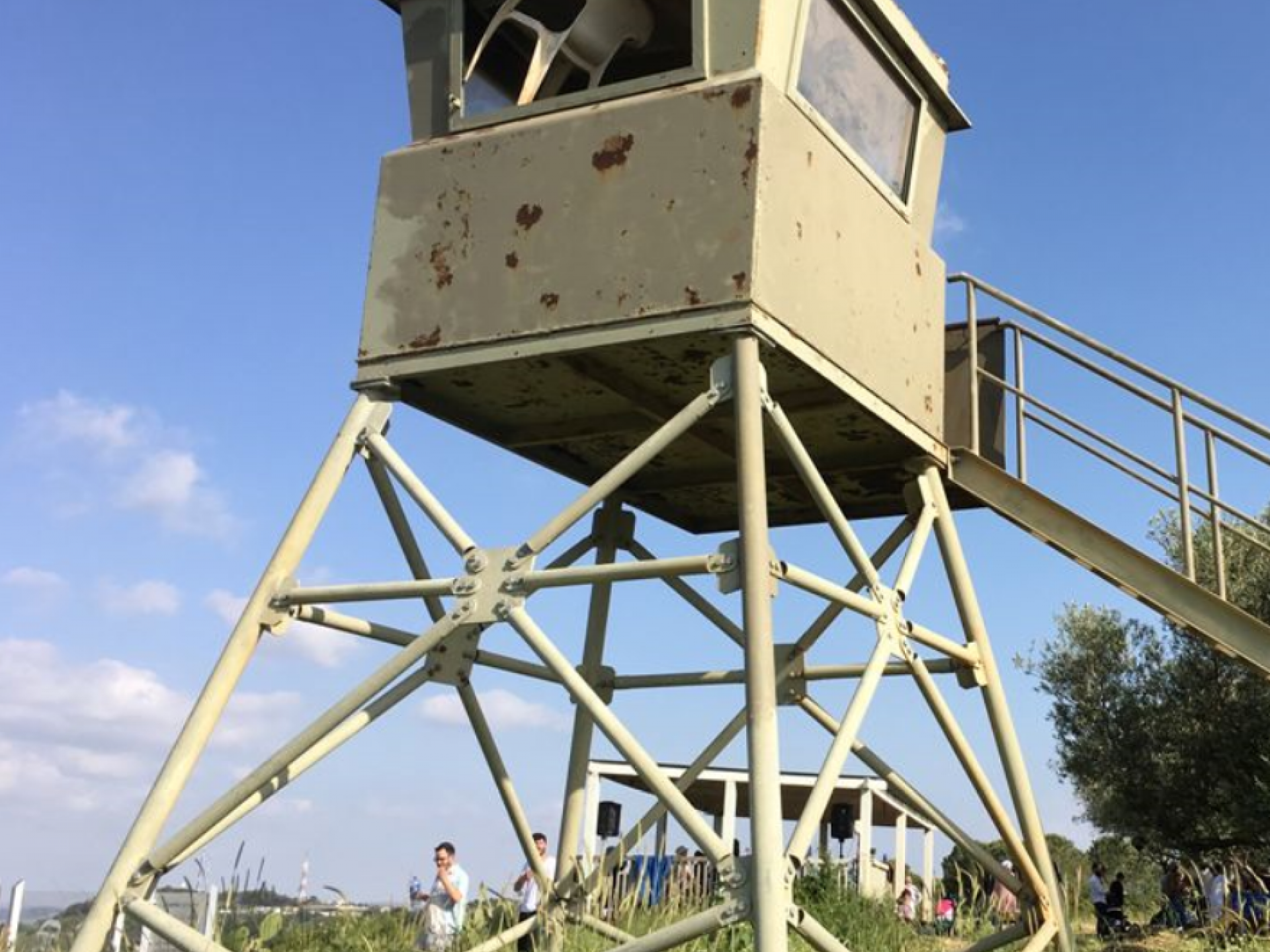 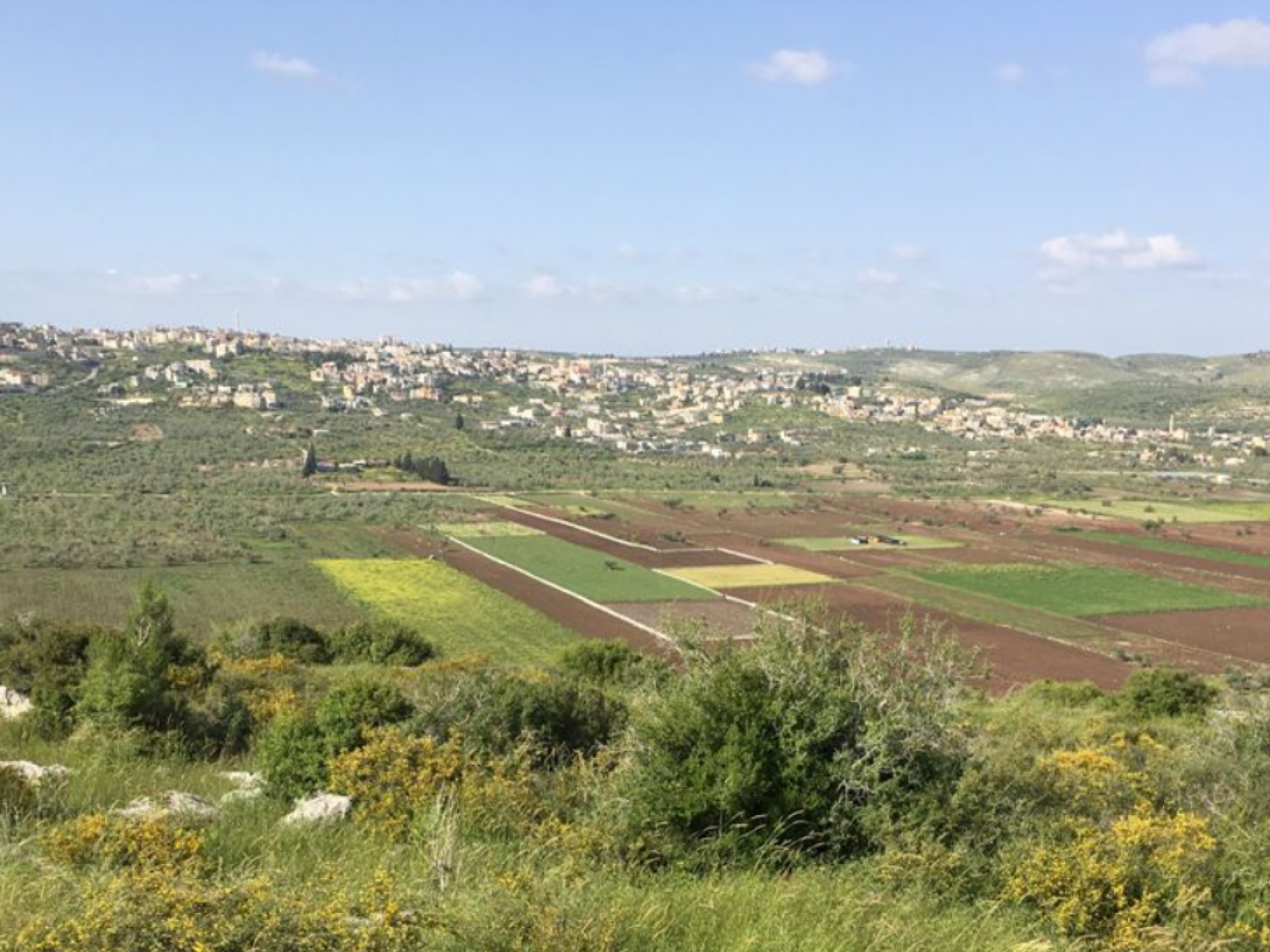 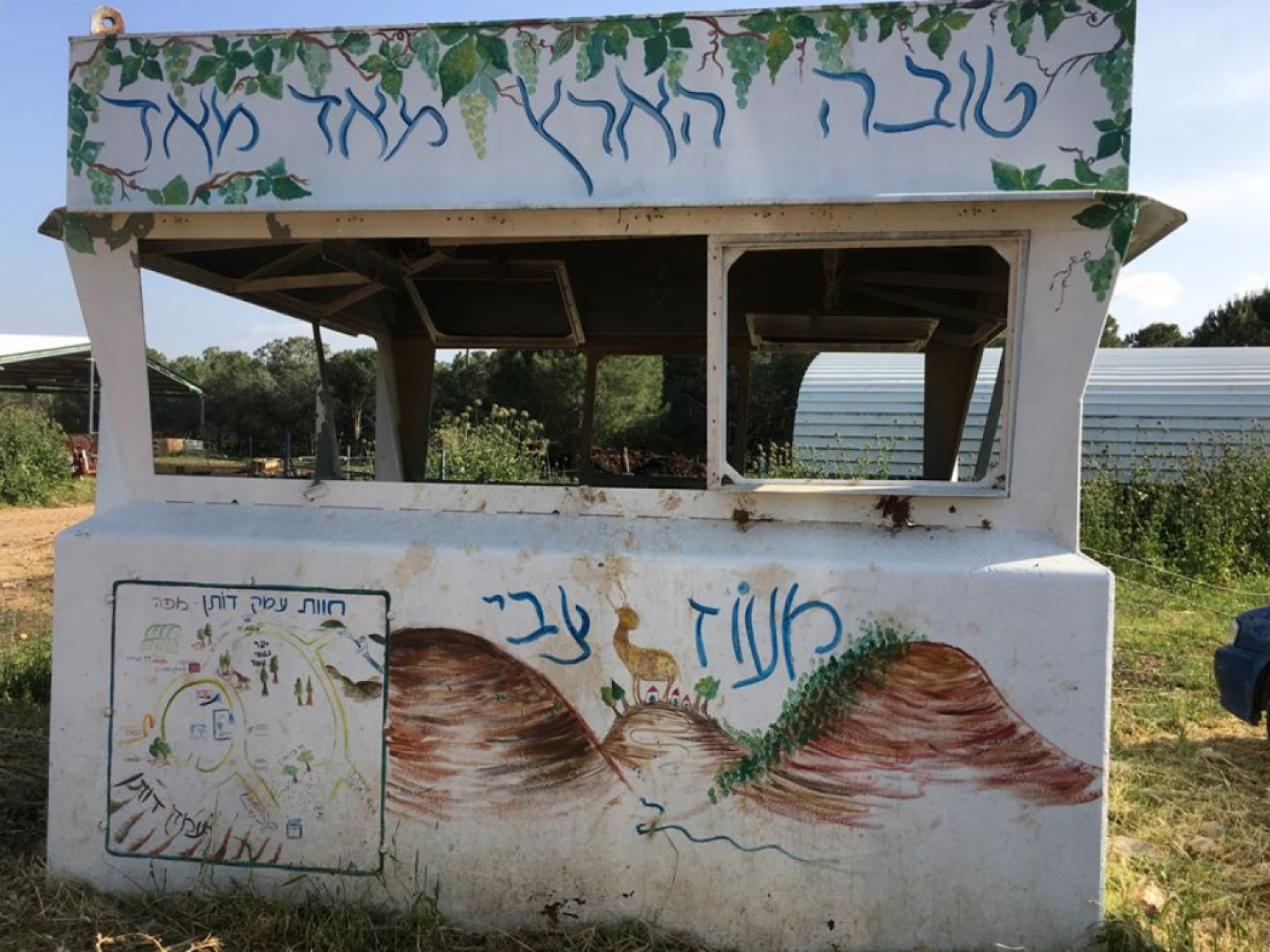 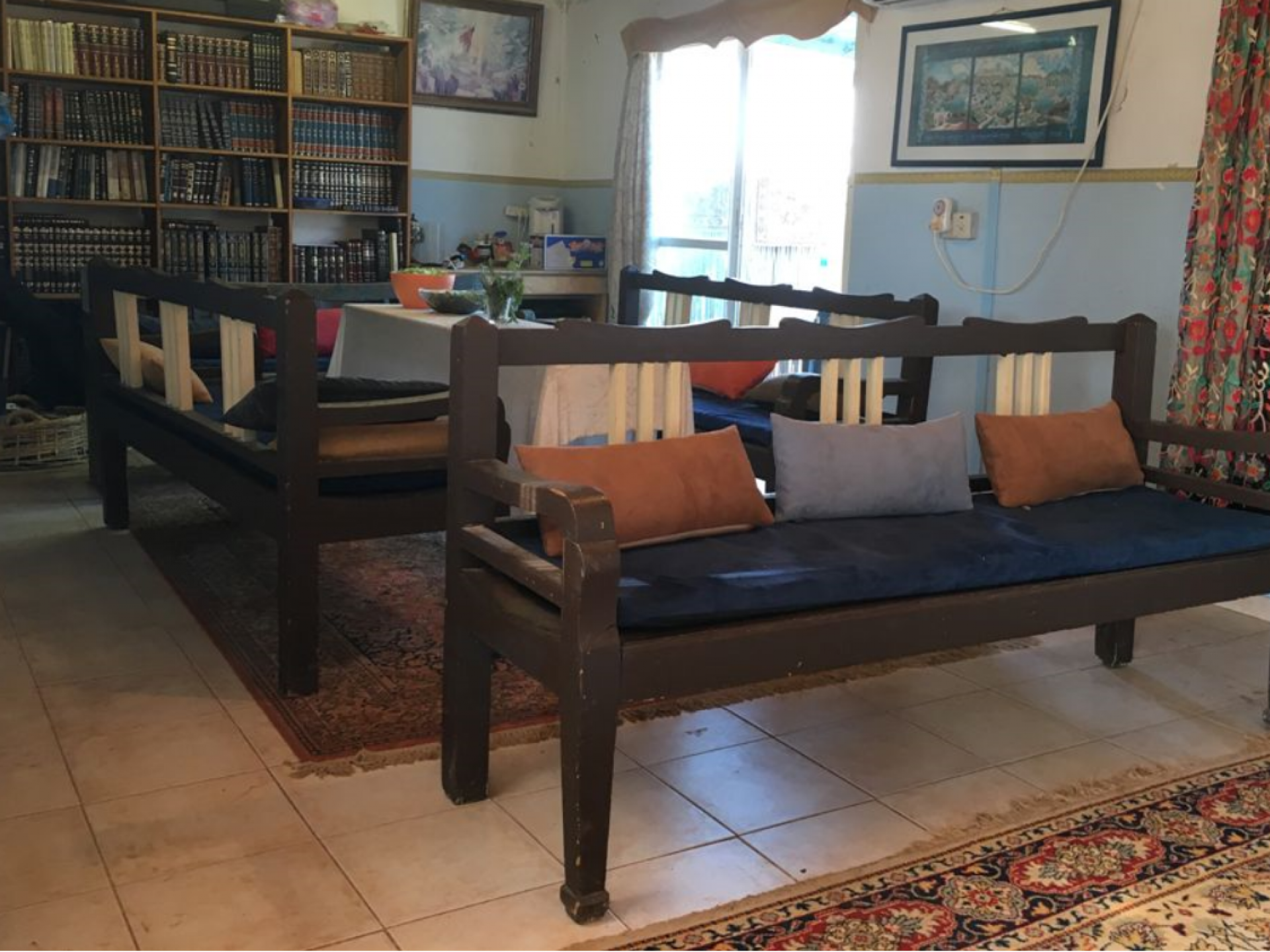 There were no soldiers at the checkpoint and it was open to anyone wishing to enter Area A.  Bedouin or Turkeman origin live opposite the checkpoint.  We met with H., a member of the family who is a goat herdsman.  He explained that during the week they live and work in Jenin and return to the tent on weekends to gather with another 20 people.  They own about 200 goats that remain in the pasture throughout the year.  They produce cheeses that are sold throughout the Palestinian Authority and are known for their high quality.  H. also showed us two new settlements located north of the checkpoint.

The checkpoint was quiet and traffic was moving.  We walked around the area with our guest.  We drove towards the settlement of Mevo Dotan.  We turned left on a side road near the gate where there was a sign pointing to “Mevo Dotan Farm” and decided to see the farm.   We drove about 4 kilometers along the Hadera River along a narrow winding road with a lovely view.  At the end of the road we saw a lot of cars and asked the two soldiers who were guarding where we were, and they told us we were at Mevo Dotan B.

We parked the car and got out to the sound of music playing.  We found several young English-speaking [Jewish] religious families.  There were games for the children and they appeared to be enjoying themselves.  One of the young men said he had been living there for several years and that he was connected with nature in the area.  The place is now called Maaleh Zvi in memory of Zvika Shalaf from Mevo Dotan who was killed in a terrorist attack at Baka a Sharkiya in 2001.  There are 12 families living in this illegal settlement but the children are provided with transportation to school in Hermesh and Pardes Hannah.  There is also a wooden lookout point at the site overlooking the Dotan Valley and Yaabed.  The site is constantly guarded by soldiers in the nearby positions.

A man named H. approached us who is a resident of the Palestinian town of Yaabed opposite Mevo Dotan, and asked for our help in obtaining books for learning Hebrew for Arabic speakers.  We will be happy to help.  H. reported that soldiers forcibly entered his home searching for his brother.  They broke into the house but did not find him.  He is interested in learning Hebrew so that he can speak with the soldiers.  The checkpoint was quiet until a Palestinian worker who was supposed to begin a night shift at work with four other workers were not allowed to cross.  We called the offices of the checkpoint and were told: “Yes, we sent 30 people back.  The only people who are allowed to cross are residents of Barta’a and humanitarian cases.”  The workers called their employer, who might succeed in getting them across.