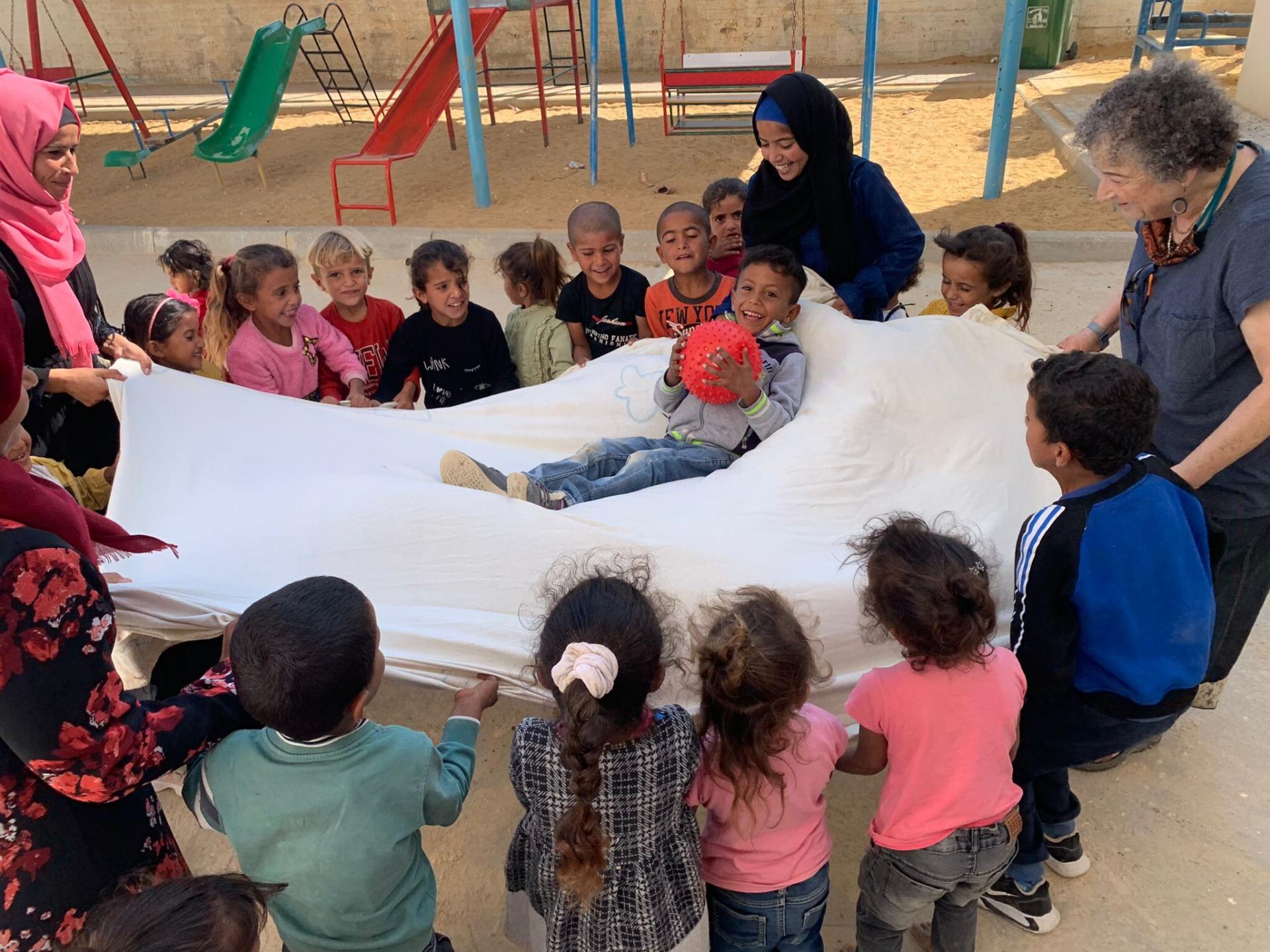 The blanket game in Huda's kindergarten 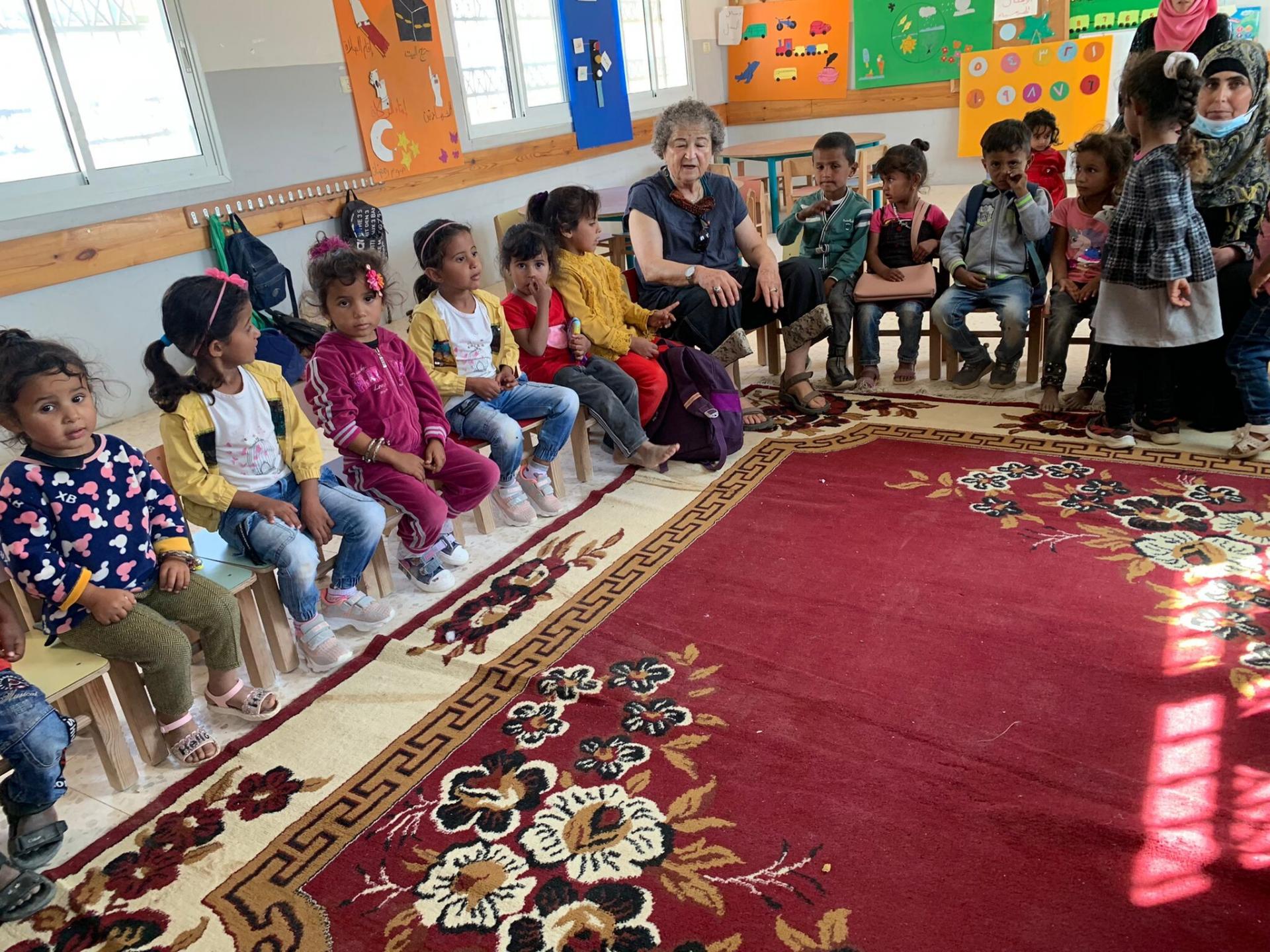 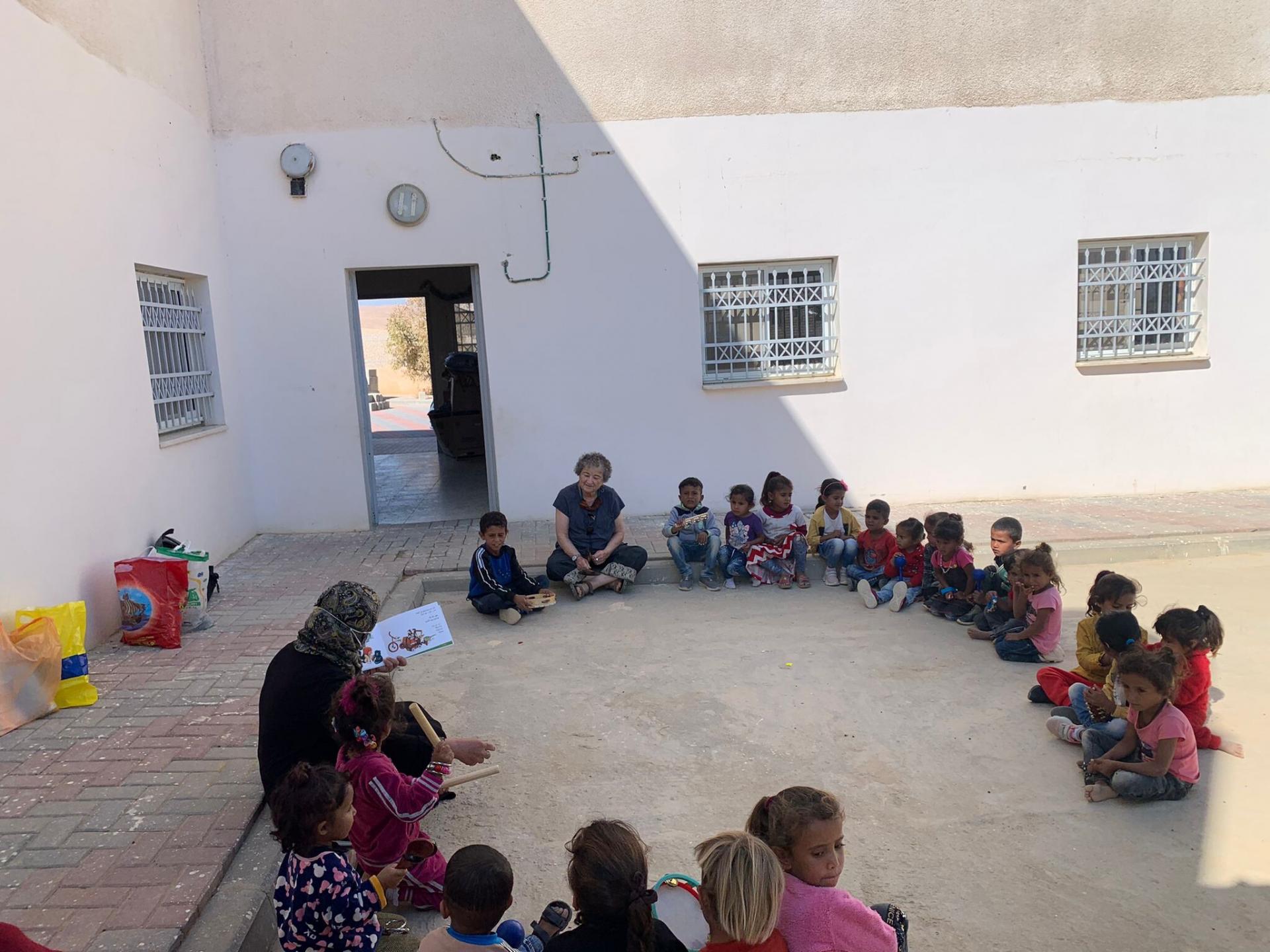 Meitar checkpoint: The previous break in the fence was blocked, but a new loophole found if one is to go by the number of people passing, and the vehicles on both sides.

Opposite Susiya – behind the nursery and the cemetery, you see a lot of new buildings. Worth checking out - a new extension?
Road 317:

Opposite Carmel - young plantations, a vineyard. Probably belonging to Carmel. A kind of "agricultural expansion." Settling the land of Israel!

I have not been for a long time, the whole corona period. The road to the garden passes through a number of villages. Umm al-KHir - the upper part (which is not close to the Carmel settlement), seems to have developed. More beautiful houses, and even roadside paving, which is also less rutted. But, the structure of the kindergarten that operated here for several years is still desolate and neglected. No garden. Later, when passing to Umm al-Daraj, the road is as bumpy as before.

Hashem-al-Daraj:  A large and beautiful mosque had been built and the school was also renovated. There is also talk of opening a kindergarten in the school. How this will affect the kindergarten of Huda is unclear.

. When we arrive, there are over twenty children in the kindergarten, Huda, Haula - her assistant, Amna, who also helps, and a number of mothers. Everyone is in the yard. Everyone is happy to see us, after about two years that we have not been. But, the kids of course, no longer know us, and are a little scared.

We planned a short activity, which included a story (hot corn - we brought the book in Arabic), its presentation accompanied by musical instruments we brought (percussion, bells of various kinds, castanets, Marrakech, etc.), and games.

We started by reading the story by Huda, and the kids acted it: each child chose a musical instrument, and a series of "playing" (noisy) children were formed, who finished the round with Muhammad who handed out cakes as a substitute for corn. The kids demonstrated how they throw all the covers in the trash!

Then we played the quilt game in which she invented a ball or a child (small), and rocked it to a song rhythm that demonstrates a strong or weak wind. It's a game that always brings great joy.

We finally entered the garden which was very tidy (too tidy), and Huda summed up the activity.

We also brought some crafting and cleaning supplies. Hopefully they will be used.

Overall, the garden seems to hold up well, function, and serve as a community center. Hopefully it will continue to function even when there is a partnership with the school.