Masafer Yatta – a visit to At-Tuwani and Umm al-Kheir 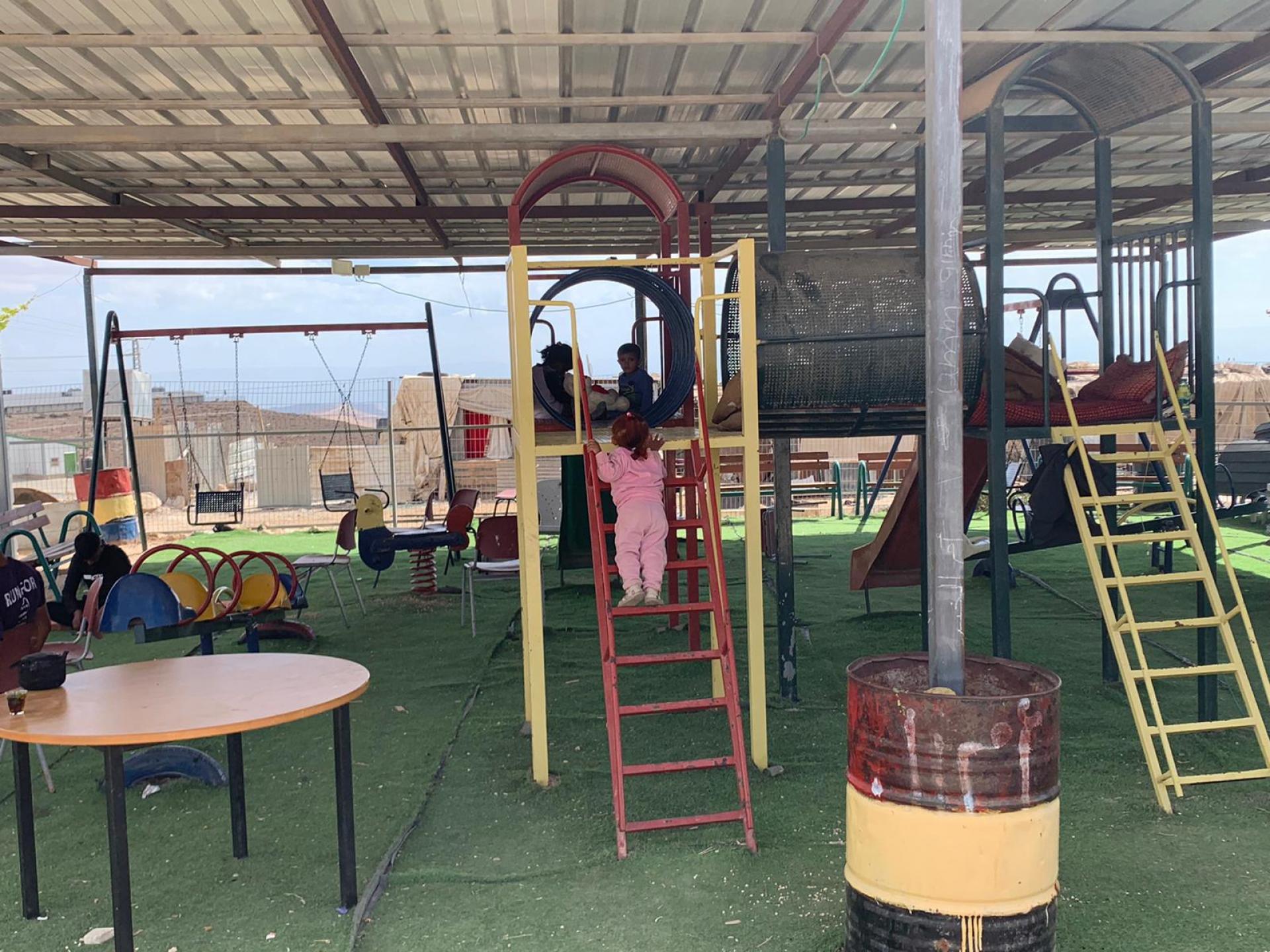 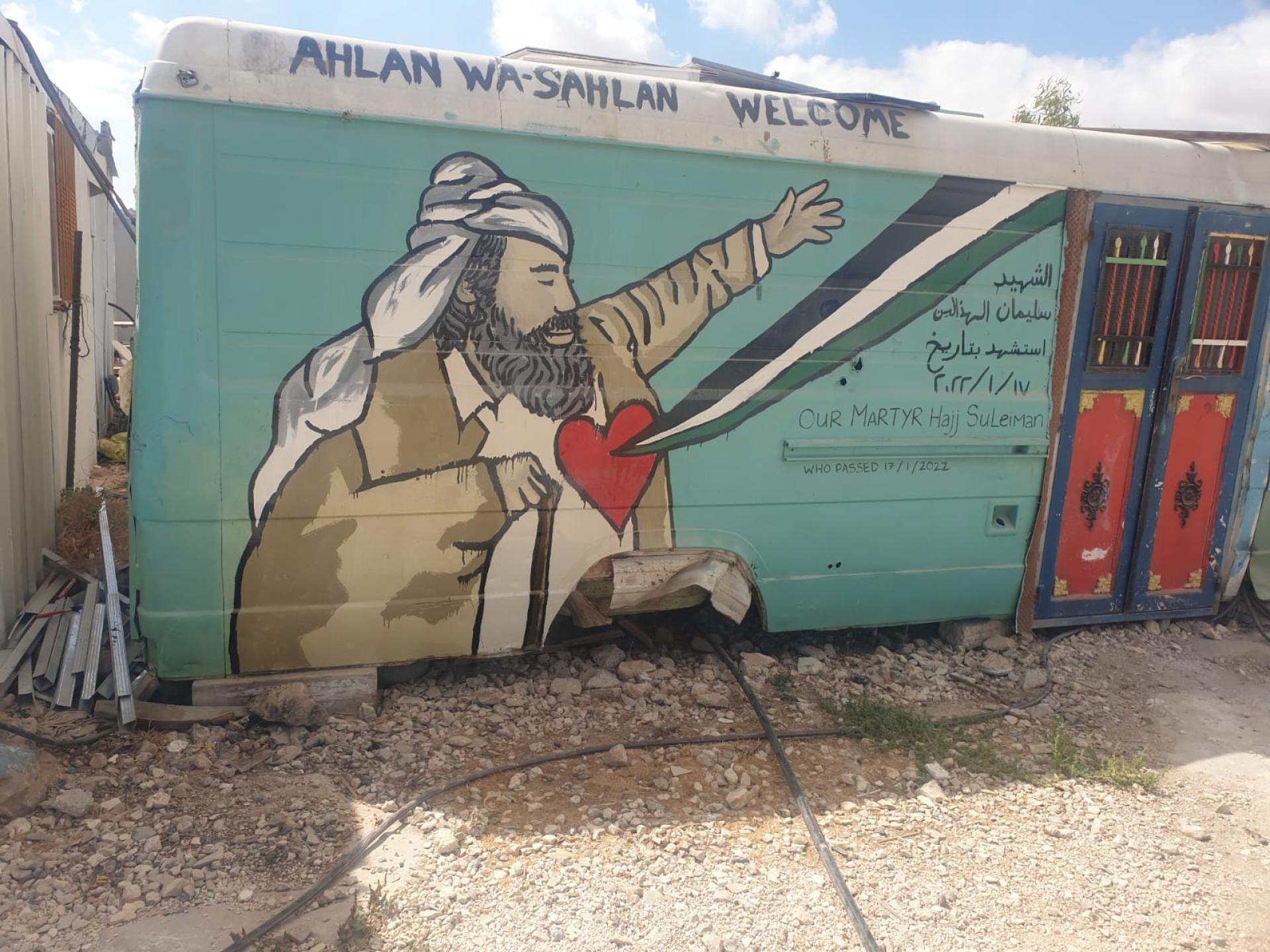 Umm al-Kheir – a picture of Suleiman who was murdered

Near the checkpoint on road 60 there is a bugger, lying idle. It may be related to the changes which are being made along the road.

Many uprooted trees are scattered on the ground. Along Route 60 election signs of the Rligious Zionist party with Smotritz's face. (Photographed near Carmel).

We decided to enter Umm al-Kheir, which we hadn't visited in a while. At the entrance, a well-maintained playground and a building nearby. In a nearby building there is a painting on the wall of Suleiman who was murdered a few months ago.

The children come to play there all day. The garden was established with the help of donations from abroad.

We were greeted by a young man named Ahmad who turns out to be also active in a Palestinian running group. He works there. He treated us to coffee and tea and answered our questions in good English.

I asked what had happened since the shooting at the yeshiva in the settlement Carmel, which wounded a student and the person who shot, fled. According to him, in the first days after the incident, the army was investigating.

The children who were across the road with their father joined us and enjoyed playing with the dolls we gave them, and also in the playground.

After about half an hour a guy arrived who introduced himself in eloquent Hebrew as Mujahid Hani from Hebron. It turns out that he is a medical student who studied in China but because of the corona virus had to return home and continues his studies at Hebron University.

He did an internship in Eilat, and joined the Arava Institute, hence his knowledge of the Hebrew language. He comes to Masafer Yatta and knows our friends very well. It was very interesting to talk to him.

From there we went to Nasser Adara who said that the day before, around 4:00 p.m., settlers left Havat Ma'on and Abigail (illegal outposts) and with an ATV and a bicycle began to travel inside Mufaqara with batons. According to Nasser, their intention was to expel Fadel and his flock. The army arrived and separated the settlers and Fadel. When asked why they had batons, they claimed it was for putting out fires. They are continually harassing the Palestinians.

At the exit from At-Tuwani there are three armored military vehicles, one behind the other.