A tough way for workers to start their week.

05.15. Five checking stations were open, and remained so.  But the lines extended all the way down to the main road.

Even though the soldier in the cubicle was attentive and opened the turnstiles frequently, the lines constantly seemed endless. Finally, at 6.23 they collapsed completely and it took an hour before they more or less re-formed. There was the usual chaos.

Shortly before 6 a.m. a policeman arrived, and he soon afterwards helped via the humanitarian gate two young families with babies in strollers, seeing them through as far as the checking station itself. It wasn’t clear to us whether this was pre-arranged, or on his own initiative. Other people who had already gathered at the gate, though, had to wait till after 6 when a guard arrived with two women D.C.O. officers (one of whom was apparently a trainee) to open the gate officially. It was a relief to see the gate opened almost on time for a change. As usual, a crowd rushed there from the regular lines, but a guard was adamant about sending back anyone not entitled to pass there.

The humanitarian gate stayed open until 7.55, when anyone still waiting there was sent back.

We were surprised to see, at one stage, the guard and policeman come out into the general area of the shed, and speak with some people waiting.

At 8.05, by which time the lines were at last contained within the shed, we joined one. It took 25 minutes to pass right through.

On the way to the bus – in the rather remote bus park (hopefully, there are plans to make this more accessible) – we once again saw the guard and policeman talking to someone, and then all three walking away. 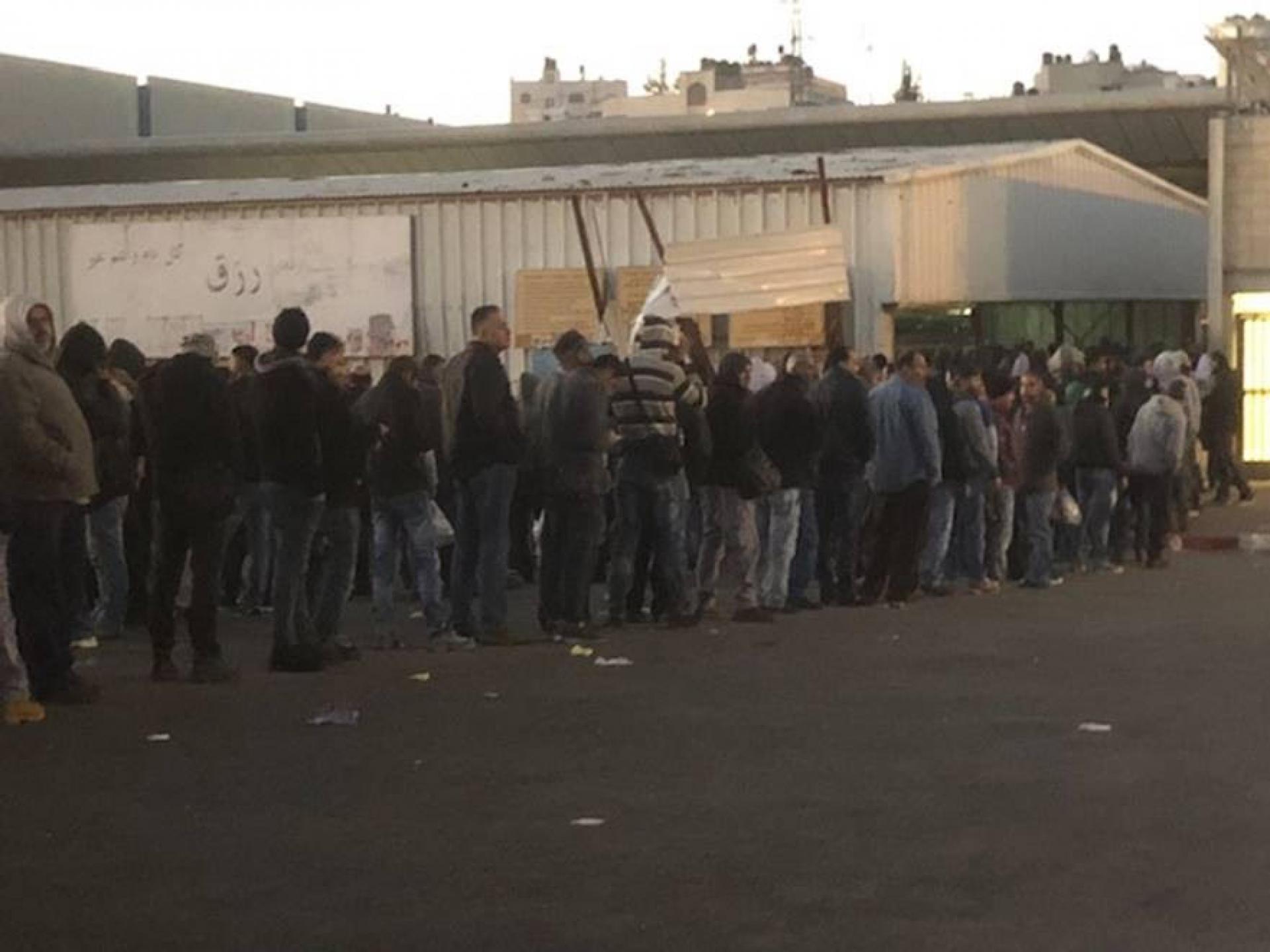 The lines extended all the way down to the main road.