There is a long line of sand trucks at the Meitar crossing. (Longer than usual) and two buses of families of prisoners who have begun to pass. If this was a transition between two independent and sovereign states, I would say that apart from the ugliness, everything is fine.

On road 60 and until Hebron there are no blockages.

In Hursa the soldiers have at last left the roof of the family home on Saturday night and have moved to the pillbox.

The very establishment of the pillbox in Area A is a dangerous precedent. (Bennett's plan to divide the PA areas into tiny parts without territorial contiguity is beginning to materialize)

The Gal neighborhood of Kiryat Arb is being  established. The harassment by this settlement of the Tamimi family continues.

Signs at the entrance to Hebron. This is part of the efforts of the Jewish community in Hebron to obtain independent municipal status (separately from Kiryat Arba), which are encouraged by the Minister of the Interior. It is hard to imagine how much worse the situation of Palestinians living in Area H2 will be then

Military vehicles and a tour  of the commanders of paratroopers who will  replace Givati. Preparations for Rosh Hashana.

New flags which have been hung in honour of the holiday.

In the picture below:

This is how the abandoned houses on the way to the checkpoint of the chemist in the direction of the Gross circle now look.

The war of flags. The Palestinian flag  on one  of the houses near to the Cave of the Patriarchs.

The  Gilbert barrier has now been demolished .This is the checkpoint where  Elor Azaria murdered  the Palestinian

In the photo below:

The women of the Tel Rumeida neighborhood gather to think together about how to live with the two new checkpoints.

The new checkpoint next to the plot of the Habad cemetery. They have not yet removed the gate under the pillbox there. But following a conversation with the TIPH people, I understand that it's in the planning

The checkpoint which is called checkpoint 45 or the checkpoint of the archaeological garden . It has not yet begun to work actively and the soldiers who are there check all coming and going.

The war of flags. Note the small  Palestinian flag next to the blue and white flags.

The High court has not yet decided as to whether the settlers will be evacuated or not. In the meantime they are being  carefully guarded by the Border Police.

What we still did not photograph was the maintenance work on the road next to the Ibrahimiya school. The work was done by the Civil Administration and women soldiers were guarding the workers. Every Hebrew mother should l know what her child is doing in their military service.

The soldiers at the 'Abed checkpoint at the Tomb of the Patriarchs have been working overtime and checking everyone, not just young people. We met Faiza from the Tel Rumeida who had been waiting to meet  municipal officials from Hebron. The soldiers also took their ID numbers to check

If it is possible to harass why not do so?

In the photo: The new and shining pillbox next to Abda.

Rosh Hashana and the Ten Days of Repentance at the door, and I feel that these will really be terrible days for the Palestinians.

May I be proved wrong. 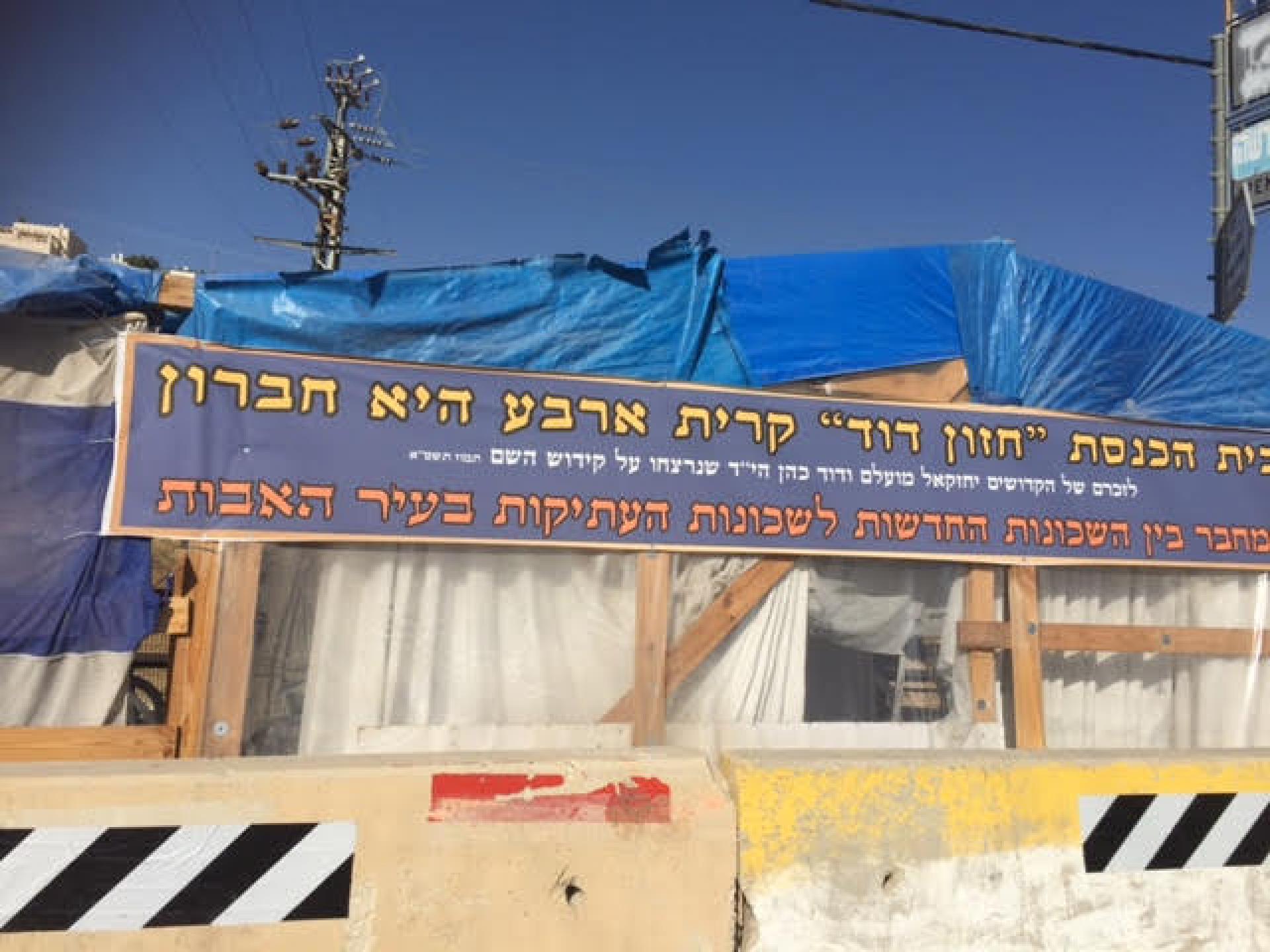 Signs at the entrance to Hebron. This is part of the efforts of the Jewish community in Hebron to obtain independent municipal status
Photographer:
Hagit Back 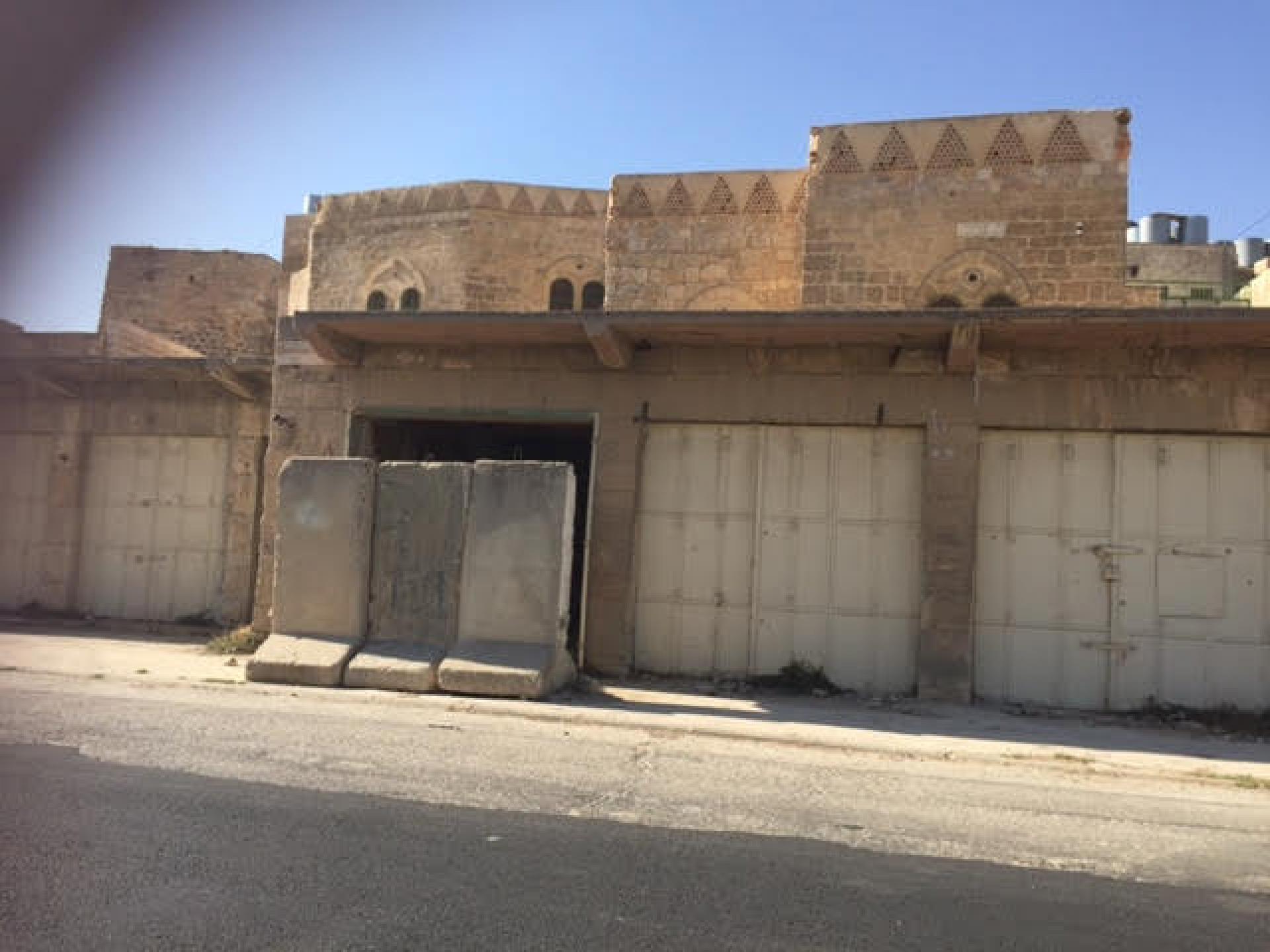 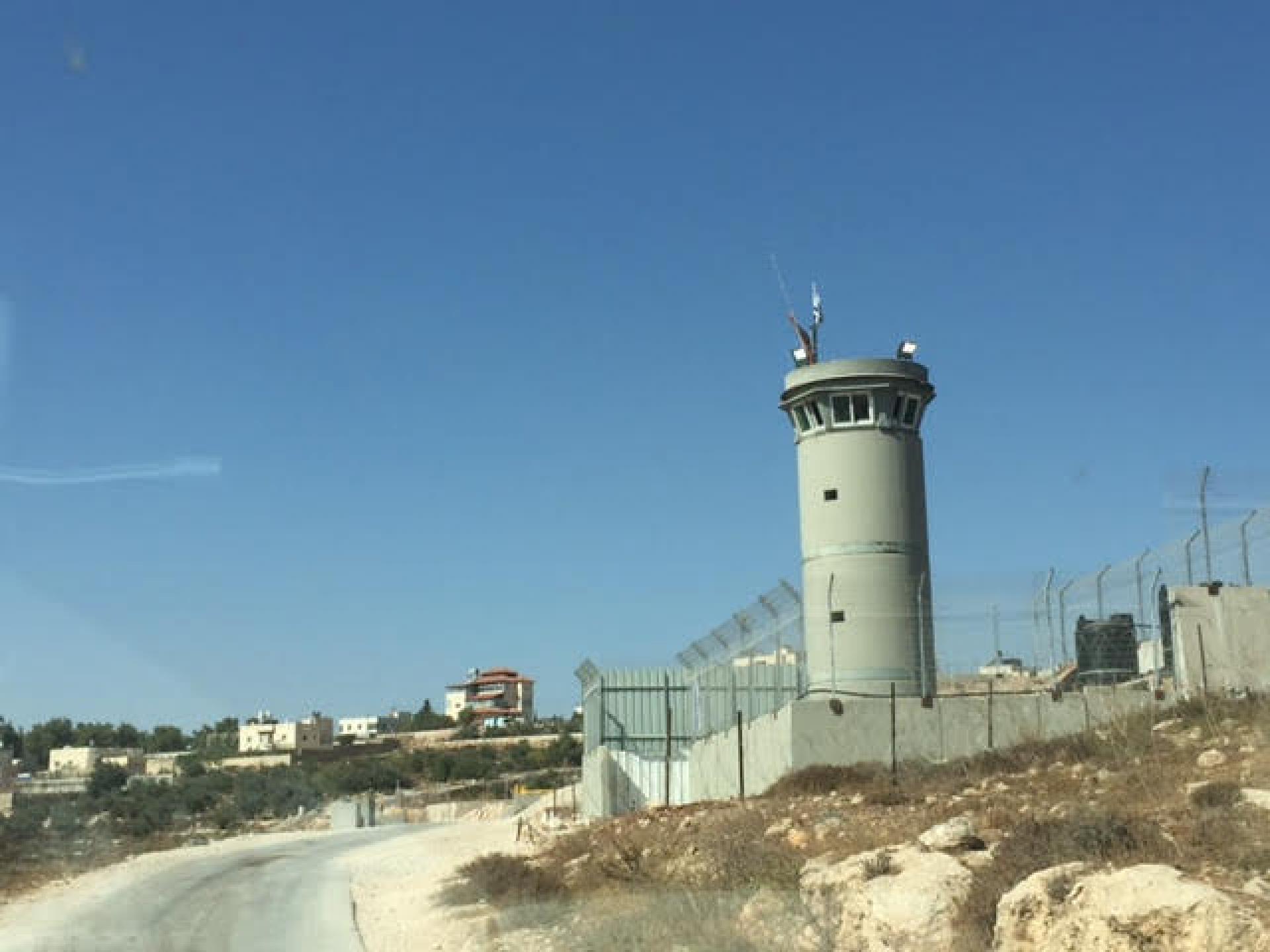 The new and shining pillbox at Abda
Photographer:
Hagit Back 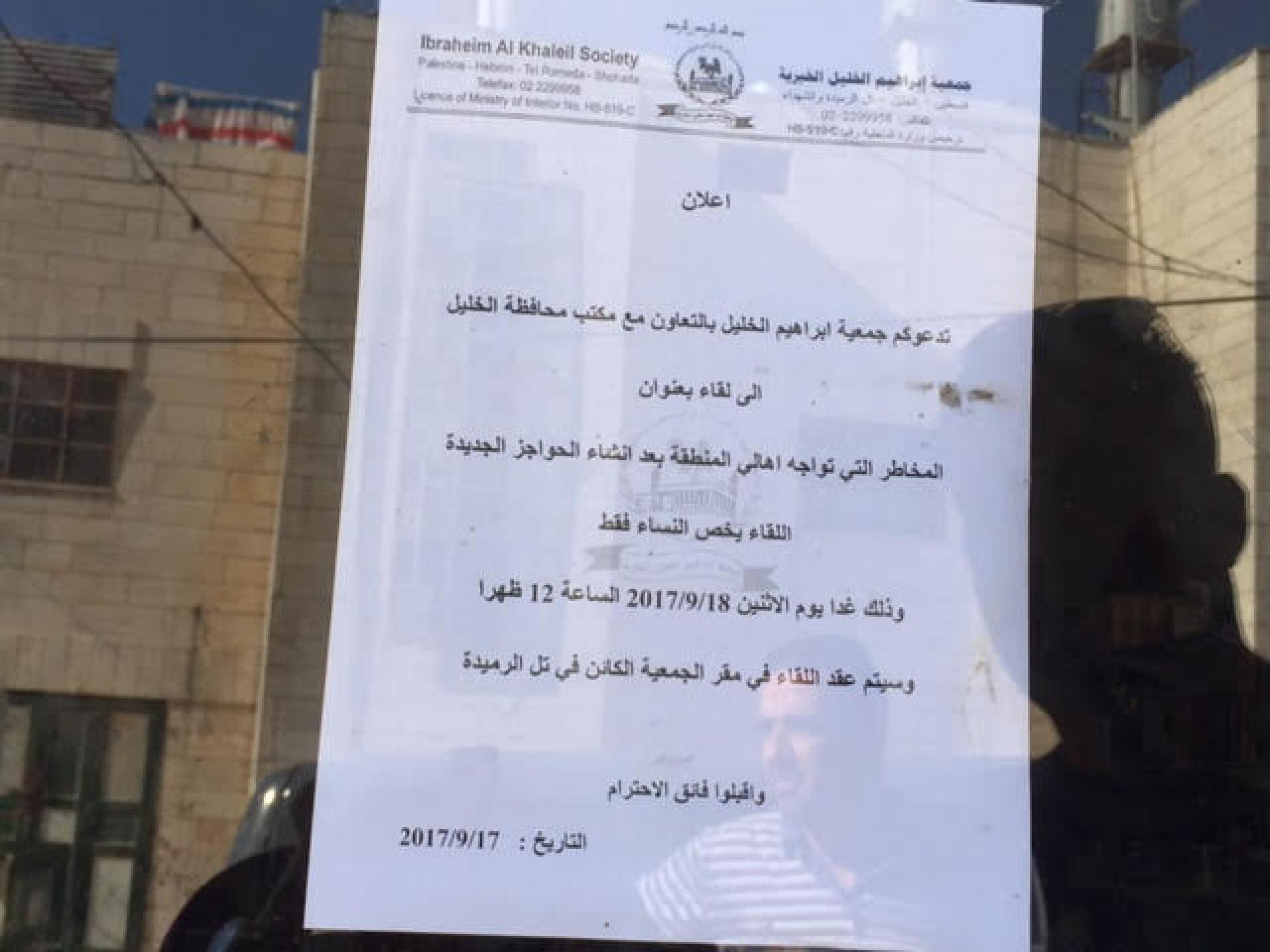 The women of the Tel Rumeida neighborhood gather to think together about how to live with the two new checkpoints
Photographer:
Hagit Back
Dura-Al Fawwar Junction
Hebron
Sansana (Meitar Crossing)
South Hebron Hills