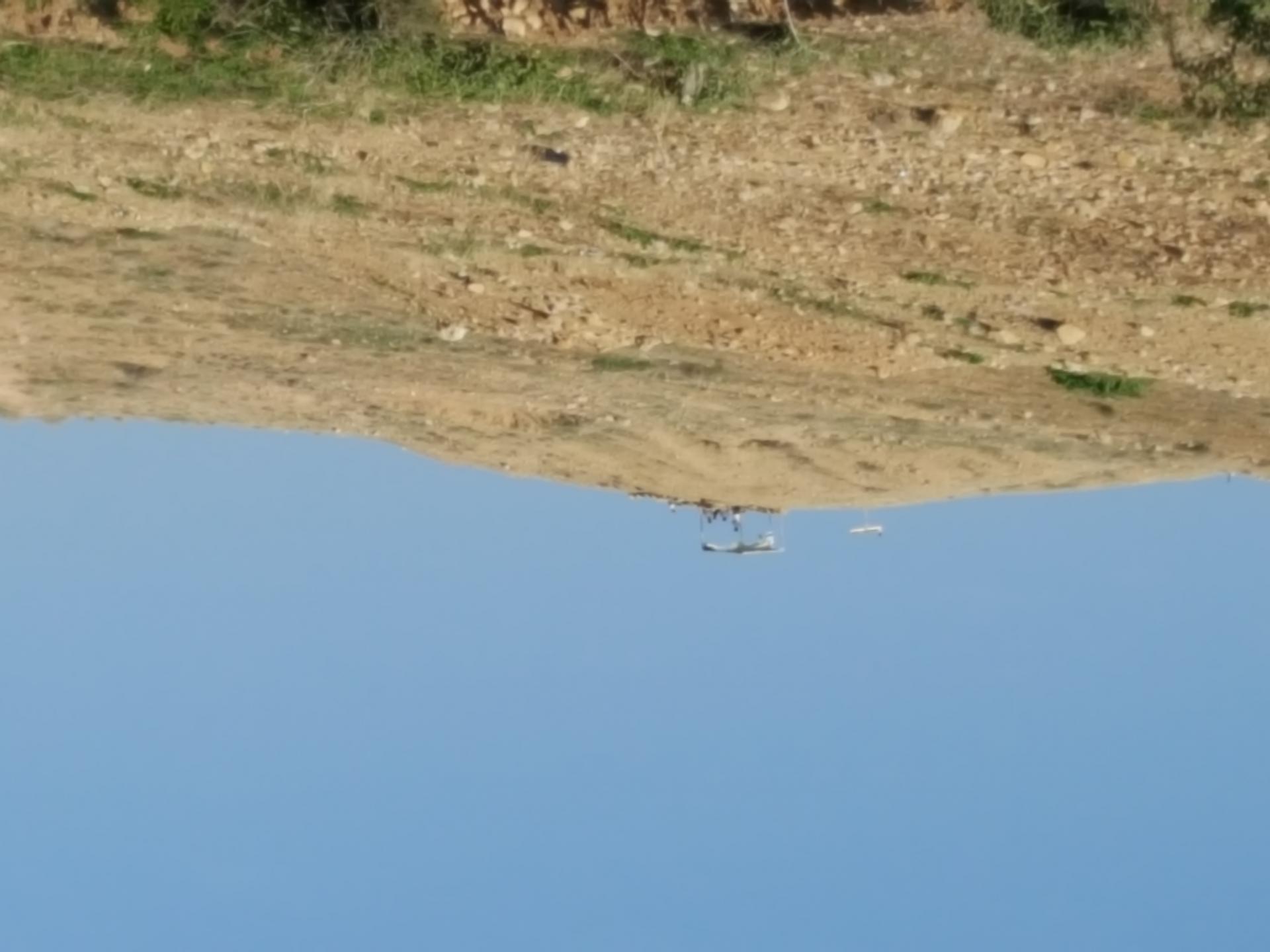 Has a new settlement been established in Farsia in the northern Jordan Valley?
Photographer:
Rina Tzur 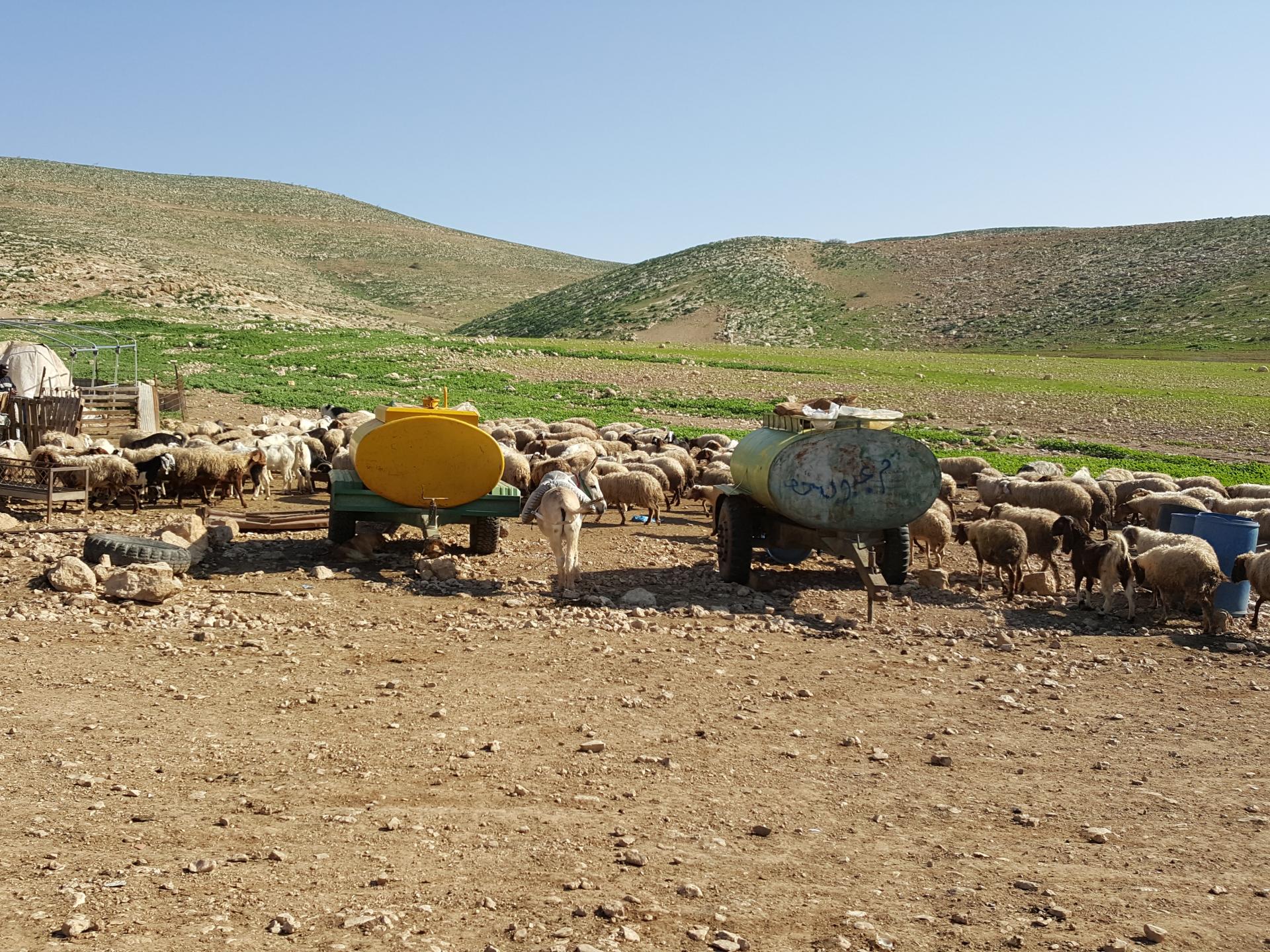 A new shed has sprung up in north Farsia west of the road  one or two kilometers before the settlement of Mahula.   The building has four pillars and a roof with a flag flying above it and stands at the top of a bald mountain.  Four or five men are there, and the neighbors report that they have been there for a month.  They arrive each morning and then go to the nearby settlement of Mahula to sleep.  They are not connected to the water or electric system.  It is not clear what they are doing there except that they are preventing the Palestinians from letting their flocks graze there.  Are they inspecting the area and preparing to erect a new settlement like that at Um Zuka?   Another unexplained phenomenon is that a new road is being paved on a bald mountaintop from Migdalim and Road 505 to meet the Alon Route.   Despite the fact that it is Saturday (The Jewish Sabbath) there are two bulldozers working.

A light at the end of the tunnel: Free health insurance for the entire population of shepherds north of Hamra

The Palestinian Authority is distributing health insurance certificates to 170 families of shepherds in the northern Jordan Valley.  This is another positive activity of the regional council that was established one year ago.   Medical services are provided by the “Turkish Hospital”  which is a mobile clinic in Tuba that comes to visits each of the shepherds’ communities once each week.    One of the first people who received free hospitalization were Rimah and Ashraf from Khalat Makhul who just had a new baby

This Saturday there was a lot of action and there were many soldiers at the checkpoints, probably because of the recent terrorist attack.

11:15  - At Zatra Checkpoint we saw soldiers and police and border patrol vehicles going in both directions (towards Nablus  and the Jordan Valley).

11:30 - At Maaleh Ephraim Checkpoint 11:30 two women soldiers were checkpoint Palestinian vehicles going towards the Jordan Valley.   There were no waiting lines at either checkpoint.

We returned at 15:00 through Bezek Checkpoint where three vehicles were being meticulously checked.