The new graffiti on the wall is so concretely reminiscent of mosque wall tiles that only the touching hand proves it to be painted,  not glued on. 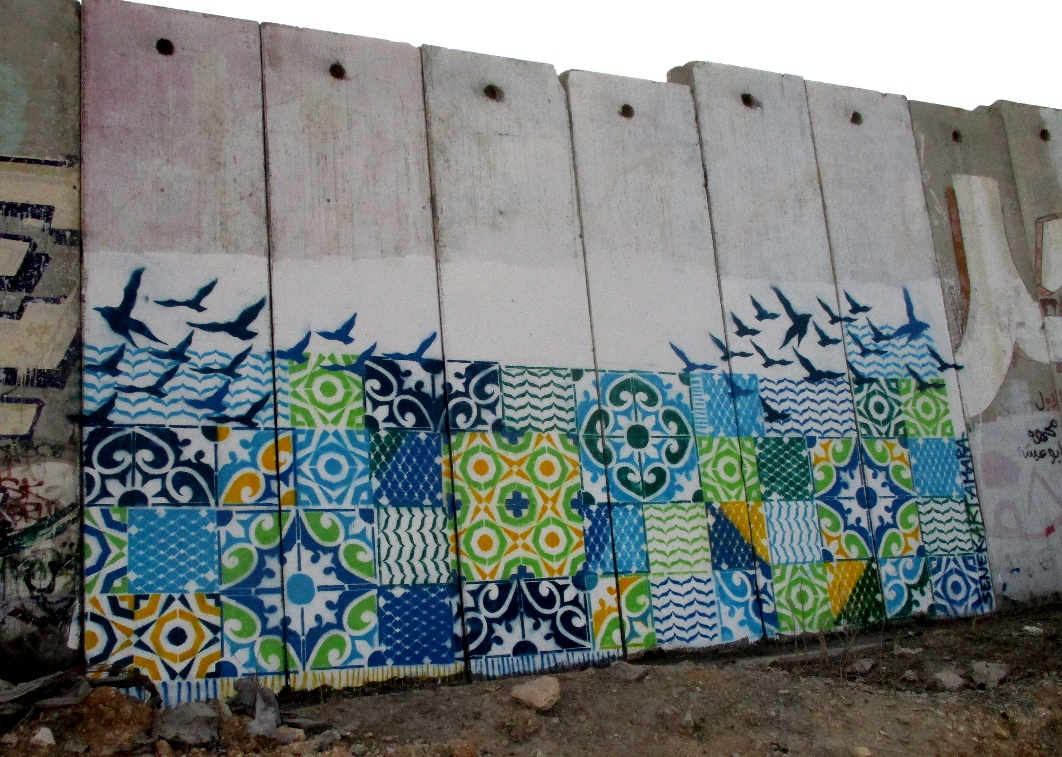 “His daughter is ill, she’s in Hadassah hospital” says a man who wished to make way for a young man, explaining that the latter was in such a hurry to get to his child that he had no time to go apply for a permit.

They entered the inspection post three-by-three, as the rules require.

The soldier across the window, busy fumbling crotch, gave a look at my blue (Israeli) ID and gestured to me with his head, meaning “go on”, proceed, but not exit. For the three who get in together, get out together.

The father kept speaking on the phone the whole time, and continued to do so, holding it between his ear and his shoulder, even when he held up to the window – and the soldier behind it - his green (Palestinian) ID and a letter from the hospital, specifying his daughter’s condition.

“Get back”, said the soldier.

The father did not argue, kept silent, turned around and exited with a worried look on his face.

“Why don’t you let him through to his sick child?” I asked.

“That’s the law. He has no permit”, he answered.

“I don’t know a law that forbids a father to sit by his sick child”, I said.

The soldier was angry, perhaps, offended, perhaps, and locked me inside the passage – no exit, no entry.

The other man who came in with the father and me seemed okay to the soldier and was let out.

“You wait”, said the soldier, his hand still busy with his crotch.

I waited facing him. For me it wasn’t such a big deal waiting even for a long while. It is surely much worse for Palestinians who were stuck outside because of me. I thought they would be angry, but they weren’t – to my surprise they even looked at me with sympathy.

Then second-lieutenant Daniel came and asked me that stupid routine question: “Is everything alright?” and let me go.