The night before I received pictures from  Mufid and Zidan of the boy Ali Khalid Marwan Julani.

They asked that we should tell what had happened and advertise it. Therefore we  went to visit them.

His house is behind Romano house and the military base on Shuhada Street. It is an old house and one enters it by going up a  flight with on many steps. According to Mufid, the 12-year-old boy family was playing  with a kite on the roof. The entire family was there to greet his mother, who had returned from Mecca. They were preparinge to celebrate her return.

Suddenly he saw the soldiers approaching his house and was frightened and tried to hide and then stumbled from a height of 10 m. According to the family, the soldiers did nothing but check the vehicle that had come to pick him up to take him to the hospital. After long hours in the two hospitals in the city he was returned home. Now he is lying with two broken legs, a broken arm and jaw and broken teeth. It is a miracle he is still alive.

A PHR-Israel social worker was there. She says she has come to make an assessment to see what help he and his family need.

We agreed that we would be in touch and that perhaps we could find an organization so as to transfer it to the hospital in Israel.

Educators from the school and the city were also there. We were invited to the ladies' room.

In the other room, a 50-year-old grandmother, half fainting lies on a mattress. She collapsed when she saw her grandson fall  and now she lay exhausted and in pain. Women, mothers, girls,we are all human beings, we said. But mostly we were silent.

Mufid asks "What would happen if a child of settlers would fall from the roof because he was  frightened of us." What would they do to us? "

And we ask why childhood  should be like this . Why children grow up in the shadow of fear of our soldiers.

We expressed great sorrow over the situation and wished him full recovery. 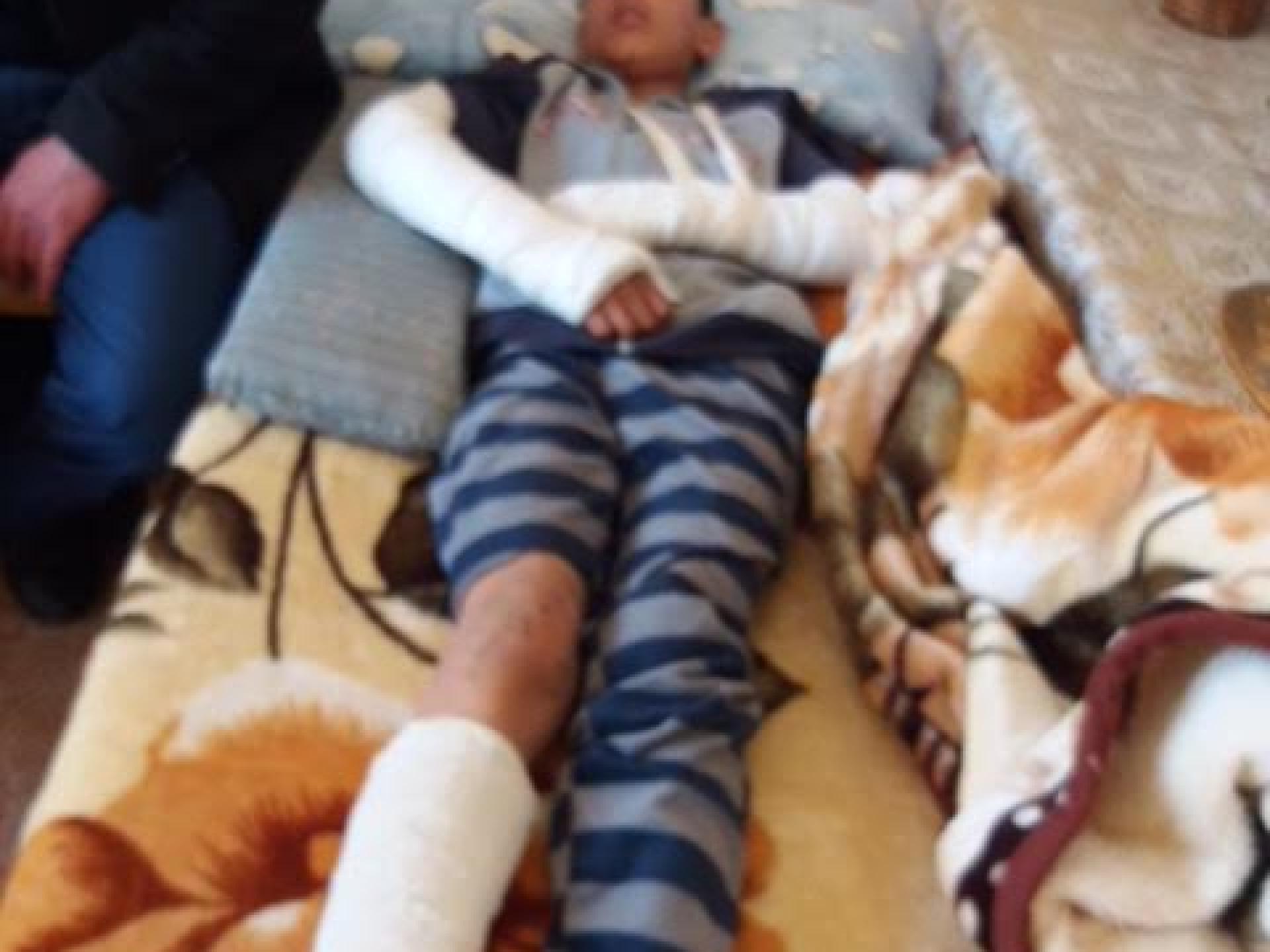