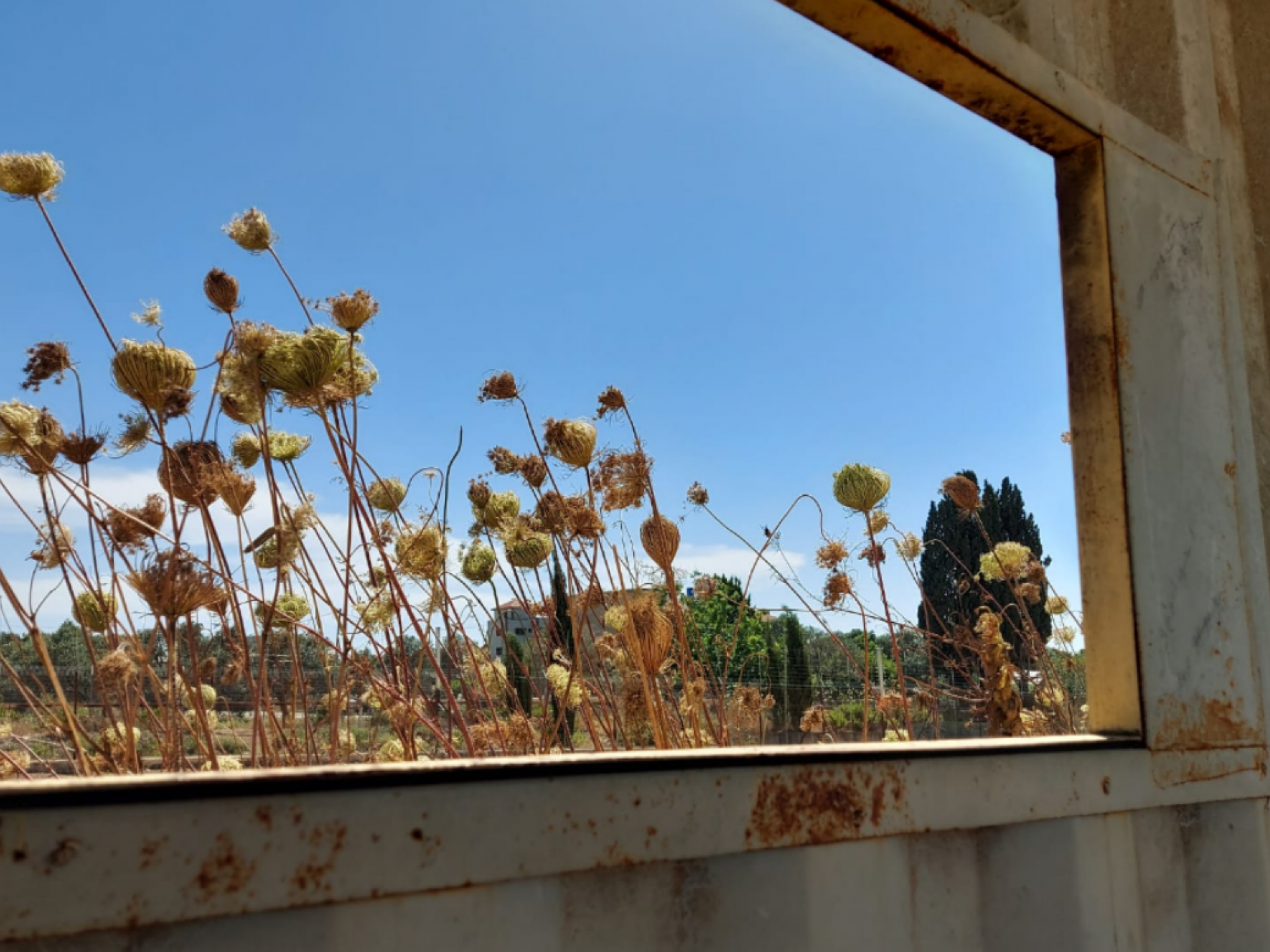 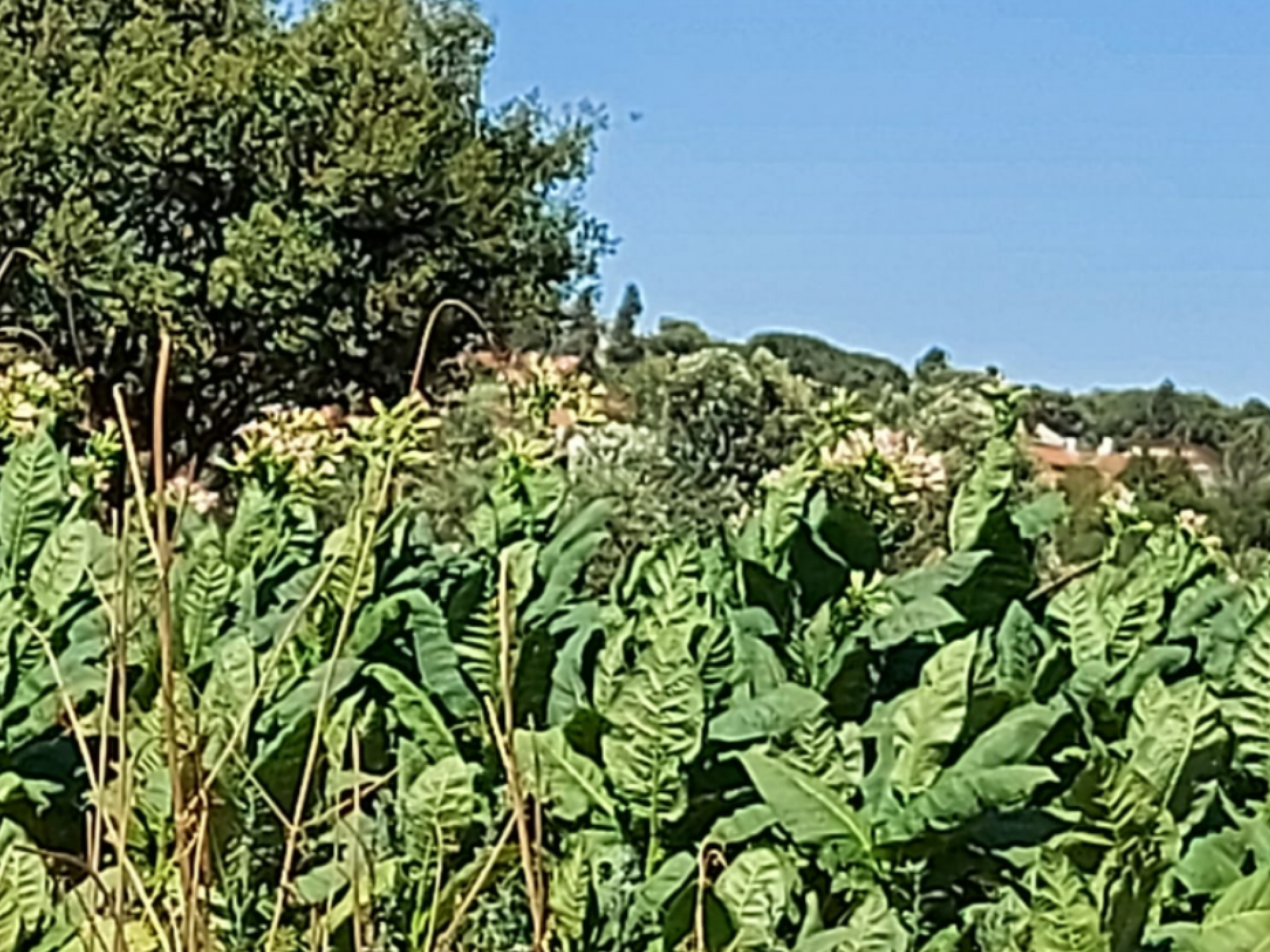 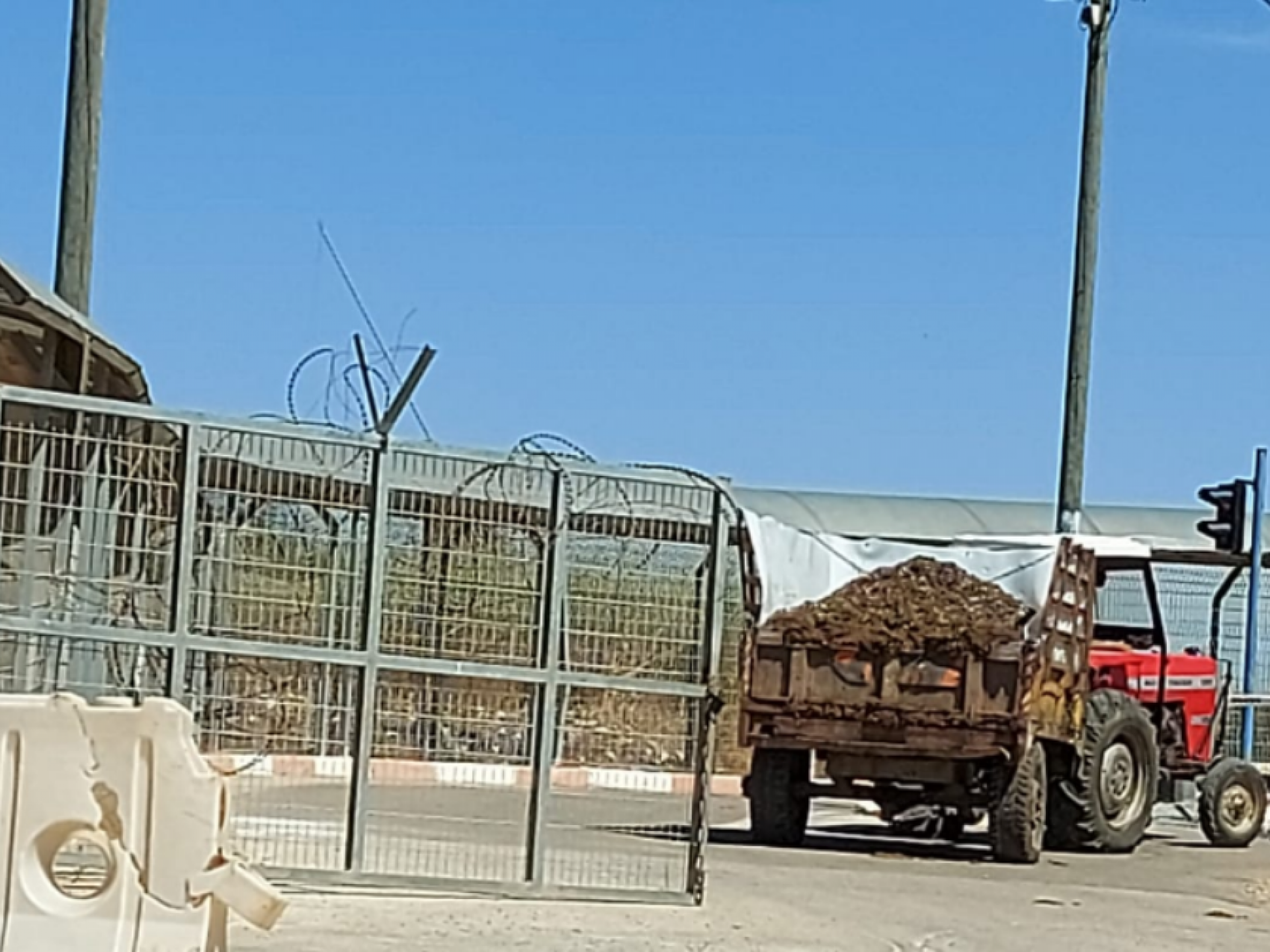 Tura Checkpoint: A tractor with a fragrant trash cart goes to the West Bank 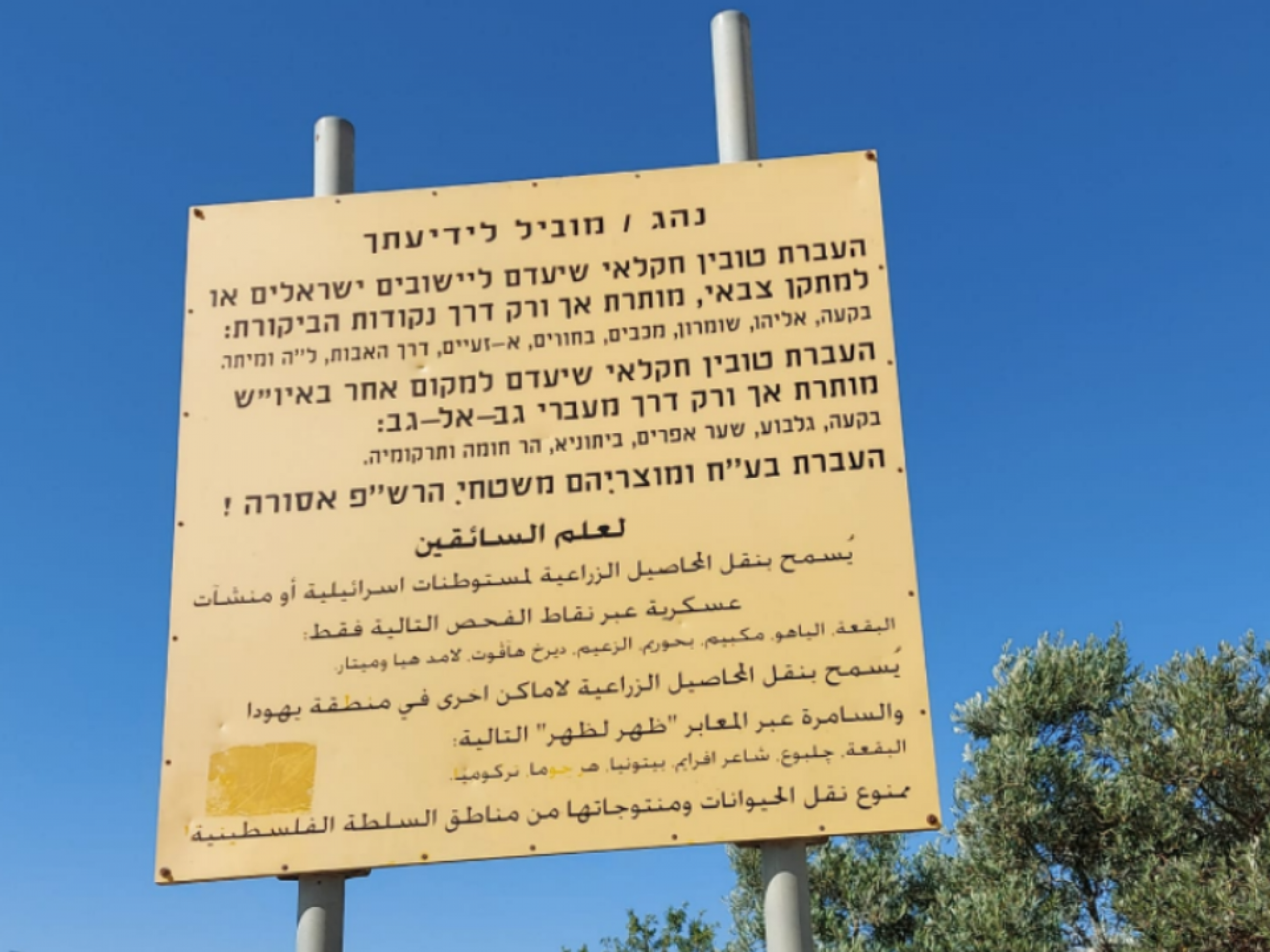 Barta'a Checkpoint: The sign limiting the transfer of agricultural produce from the West Bank and back 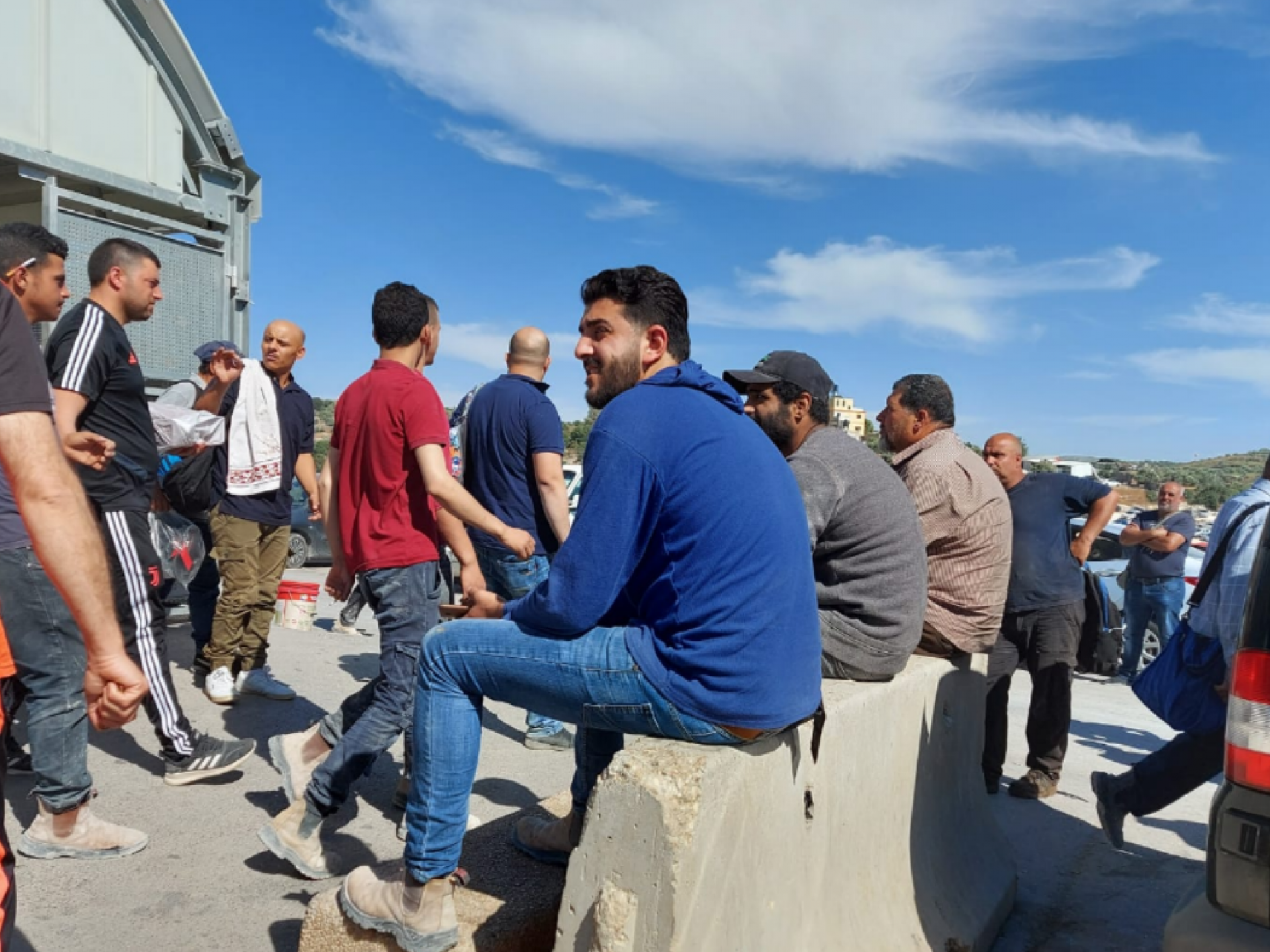 The gate on the seamline zone side was open and two soldiers were under the awning. A military vehicle arrived and stopped. An officer got out and asked us where we came from and we told him we were from Machsom Watch. He said we were not allowed to cross to the other side, which we knew. When we asked why the checkpoint was closed to farmers from A’anin he said it was because of the coronavirus. We were also told the same thing by the District Coordination and Liaison Office, on June 7th. Why are all the checkpoints open except for this one and one other?  Again, we were told that it was because of the coronavirus. We have not heard of an outbreak of the coronavirus in A’anin, Hirbet Tibeh, or Romena.

The garbage that usually is here has been taken away. The tobacco in the nearby fields was in flower. There was light traffic in both directions. A wagon passed through to the West Bank, filled with smelly garbage. A young resident of Um Reihan who's been studying auto mechanics in Nablus crossed and waited for his friend who had come in a car to collect him.

We drove past Barta’a-Reihan checkpoint. The parking lots were crowded and we saw an Israeli police car, marked with red and white, by cars parked alongside the road. We drove on to Yaabed-Dotan checkpoint. It was unmanned and cars were driving through freely, being slowed down only by the concrete blocks. There was a large sign advertising a house in the settlement of Dotan, selling for NIS 1,080,000.

We parked far away from the police, because we worried they would write us up, but we had an opportunity to photograph the sign forbidding passage of agricultural products to and from the West Bank.

There was chaos in the parking lot, and we made our way among the parked and moving cars and crowds of people coming home from work. Drivers were sitting by the awning and calling “Jenin, Jenin!”  Many people don’t need their services and walk to their cars.

. Many workers are returning from work and passing through the turnstile on the side of the terminal. A few stop to buy cookies at the kiosk that  is owned by to the settler from Hermesh.

16:30 – We left and join the convoy of empty transport vehicles returning to Israel.