Your government wants us to be like sheep in a pen. At home we’re like rabid dogs and all we can do is either steal or sneak illegal into Israel in order to feed our children.

The construction works (in the photo) are ominous, although we are told that the checkpoint being built here will be a model one. For now, all the workers have crossed and the place is empty and filthy and stinking with smoke. Accumulated waste from the afternoon vegetable market here is being burnt.

A’ and some friends of his were caught near the fence this morning. They were detained for 3 hours by the police and were now released under warning. They will now go home and not dare to return for fear of being caught again and arrested.

R., smart and articulate, speaks in desperation: “You people want us to be like sheep in a pen. So at home we’re like rabid dogs. What is there left to do? Either steal or be illegals in Israel. We have nothing left to lose and this is a dangerous situation. Eventually you’ll be visiting me in jail because I’ll have stolen or killed someone. Make up your minds, if you want two states make two states and I’ll come work for you with a passport. If you want one state then I should be a citizen with equal rights, without needing permits to enter and work and all. Why am I being detained? Don’t I have a right to free movement?”

Now he is at the checkpoint, as he is every day, waiting for the contractor who might come and pay him the money he owes him. “I have six children. How am I going to feed them?”

He also tells us there are collaborators who got the job to issue people work permits. “These contractors pay the employment agency 800 shekels per head, but make us pay them 2400 shekels a month. Where can we get this kind of money? What do we have left after this? And every 6 months we have to renew our work permit. So every 6 months we have to pay 14,400 shekels. Where can we get it? A person with no money can’t come and work.”

We told him he was absolutely right, and proceeded heavy-hearted. So here we are, telling and reporting…

Up on the hill is the illegal Jewish settler-colonist outpost of Eshtamoa. New caravans have been added. We have to follow up there.

At the entrance to Dahariya there is a checkpoint again with soldiers inspecting cars.

At the northern entrance to Abde we see three soldiers. At a temporary army post near the spring by Ein Fawwar, two soldiers stand with drawn weapons. Their post consists of canvas and an Israeli flag. Why is it there?

At the entrance to Bani Naim soldiers detain vehicles.

Hebron is as always. Even Abed, of the souvenir shop, speaks differently today. The dissonance resounds between his warm and friendly reception when he sees us, and the words he utters: “We are all sons of Abraham, but our lives are like dogs. We are not dogs that need to be given a little food and a pat on the head so that we can wag our tails…” 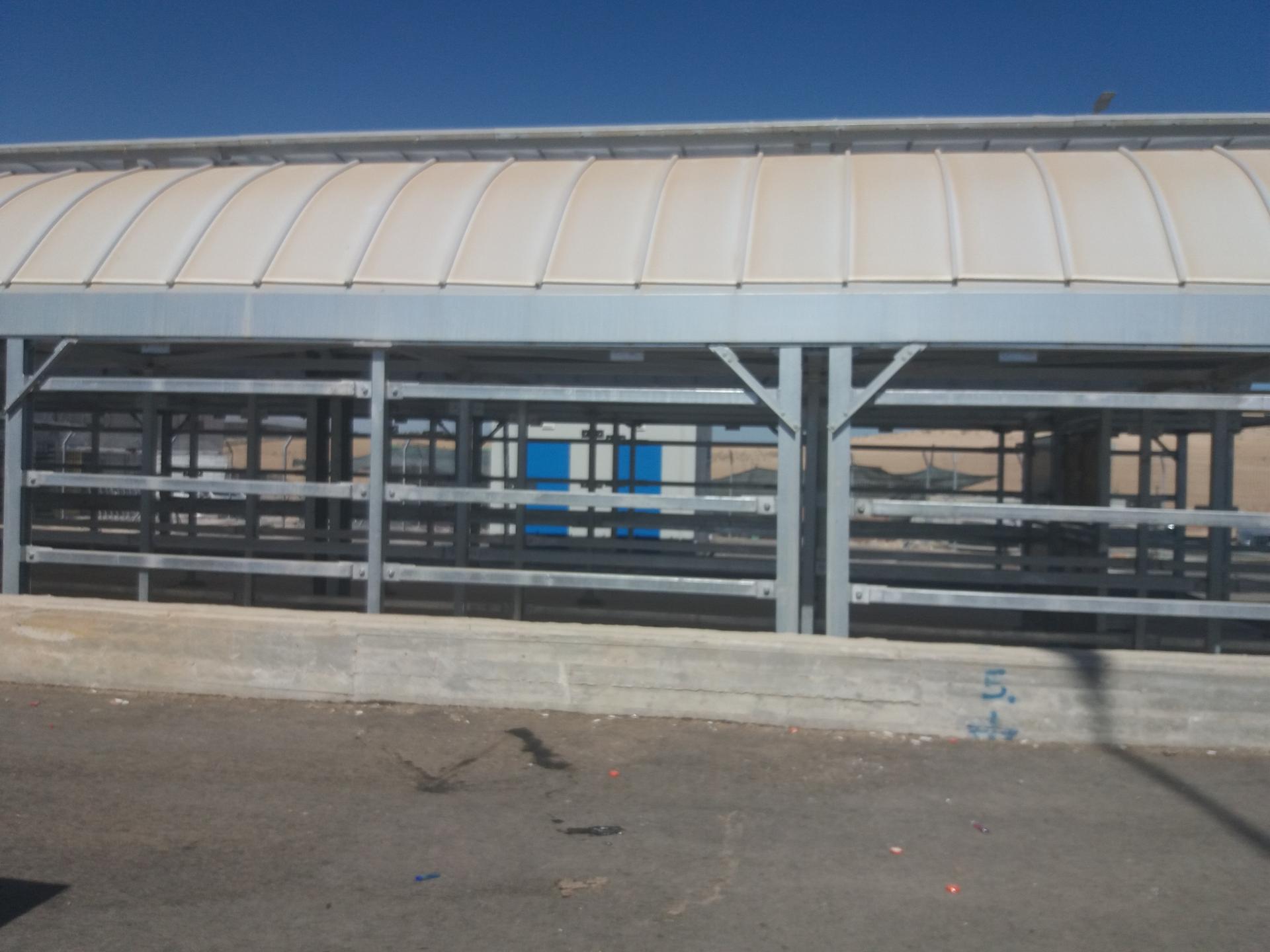 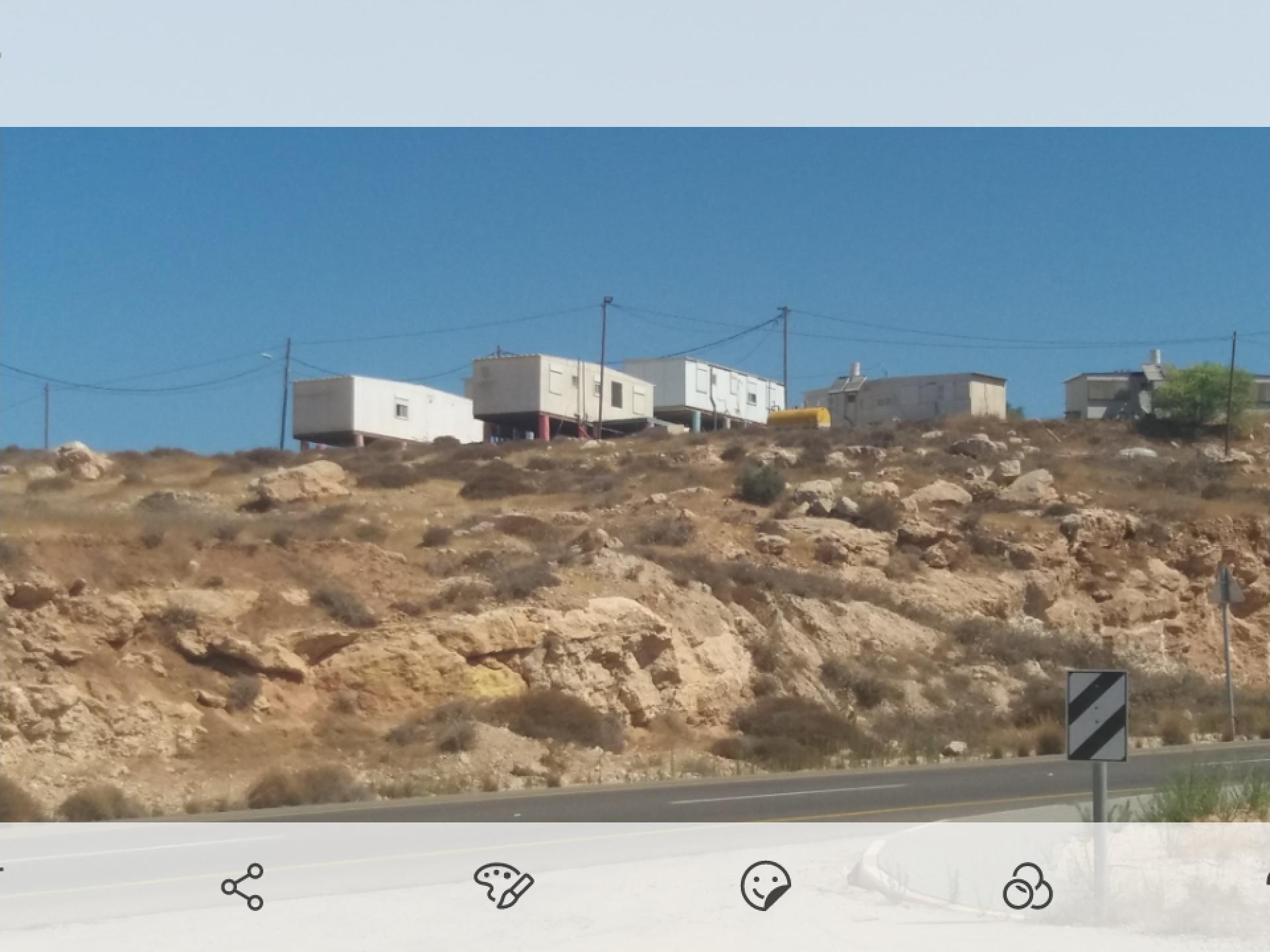 New caravans have been added to the Illegal outpost Eshtamoa
Photo:
Ariela Slonim