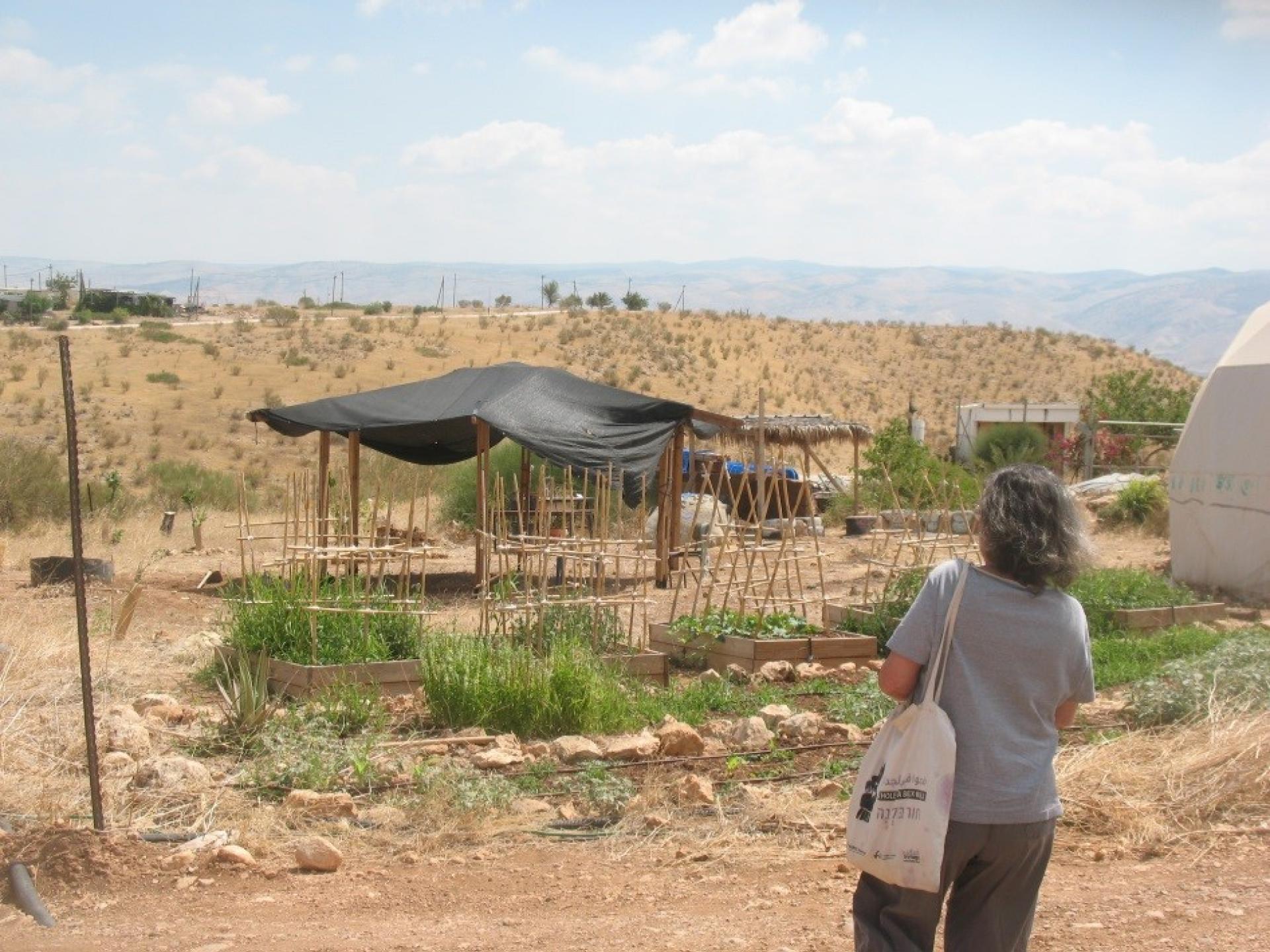 There was little traffic on the road. the training areas were empty. A small truck towing a water tank was going west.

The Village of Al Akaba

The mayor of the village, Haj Sami, told us about the military maneuvers that were taking place around the village. There were shootings, loud noises, soldiers in the streets of the village at night, but not in the houses. The villagers took in families from the communities of Bezek and Yarza, who had received orders to leave their homes because of military maneuvers.

We left a lot of babies’ and children’s clothing and shoes in the storeroom of the regional council. The Haj said that if they were not needed in Al Akaba they would certainly be used in Tayasir or Tubas.

There was a lot of activity near the army camp at Khalat Makhul Junction. It appeared that the army was preparing to leave since three tanks were loaded on their carriers. The embankment had been extended northward.

The place looked deserted. The gate was closed, and there was not a single soldier in the watchtower. The entire road was empty. Only the “love block” (see photo) was there to greet us.

Everyone was busy with the flocks. Y.’s children came and  we gave them baby

toys and shoes for adults.

We drove behind tanks that were going north on the Alon Route, on our way to the Bezek Checkpoint.

We were asked to show our ID cards and open the trunk of our car, and were then permitted to continue on our way. 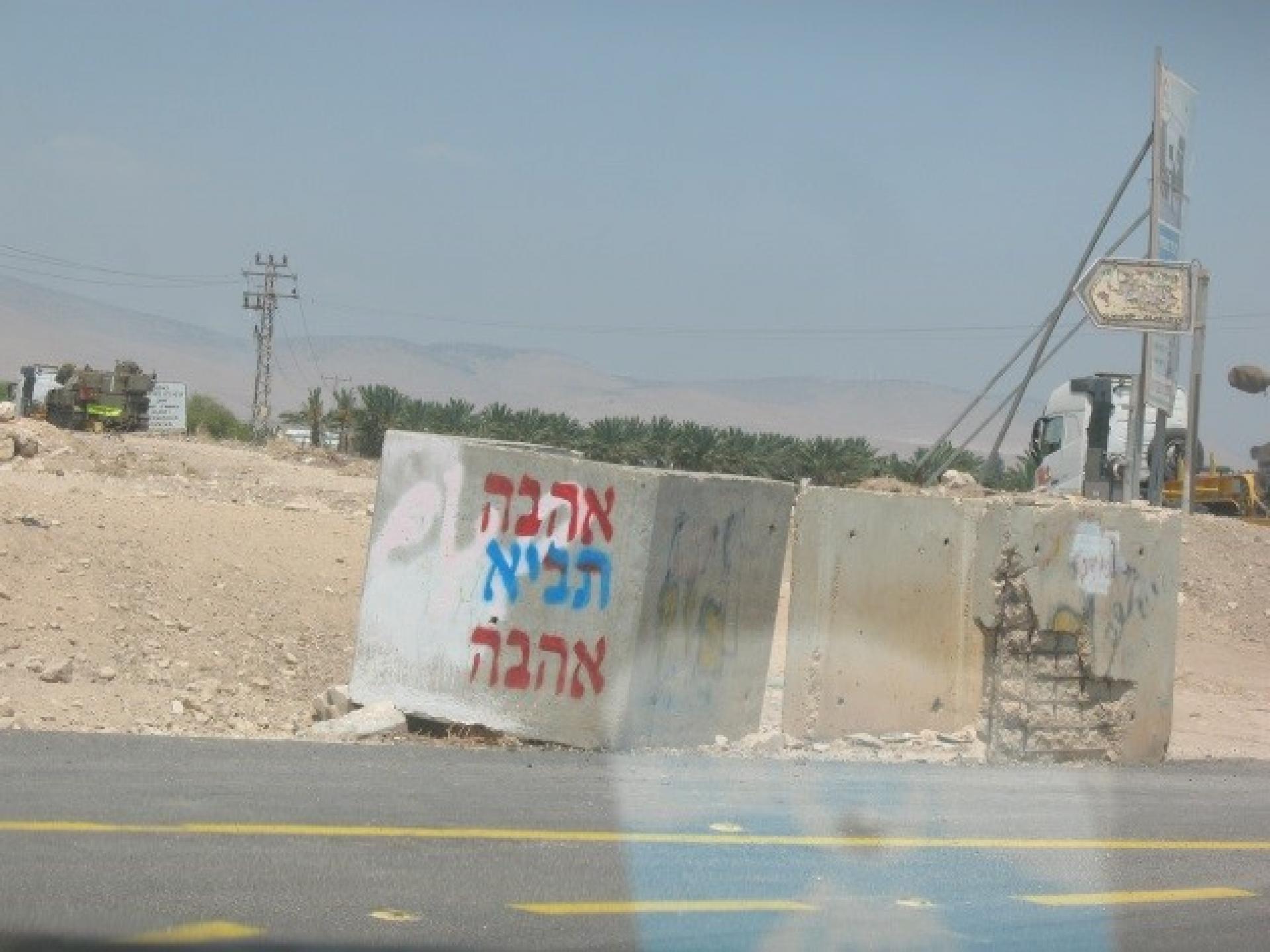 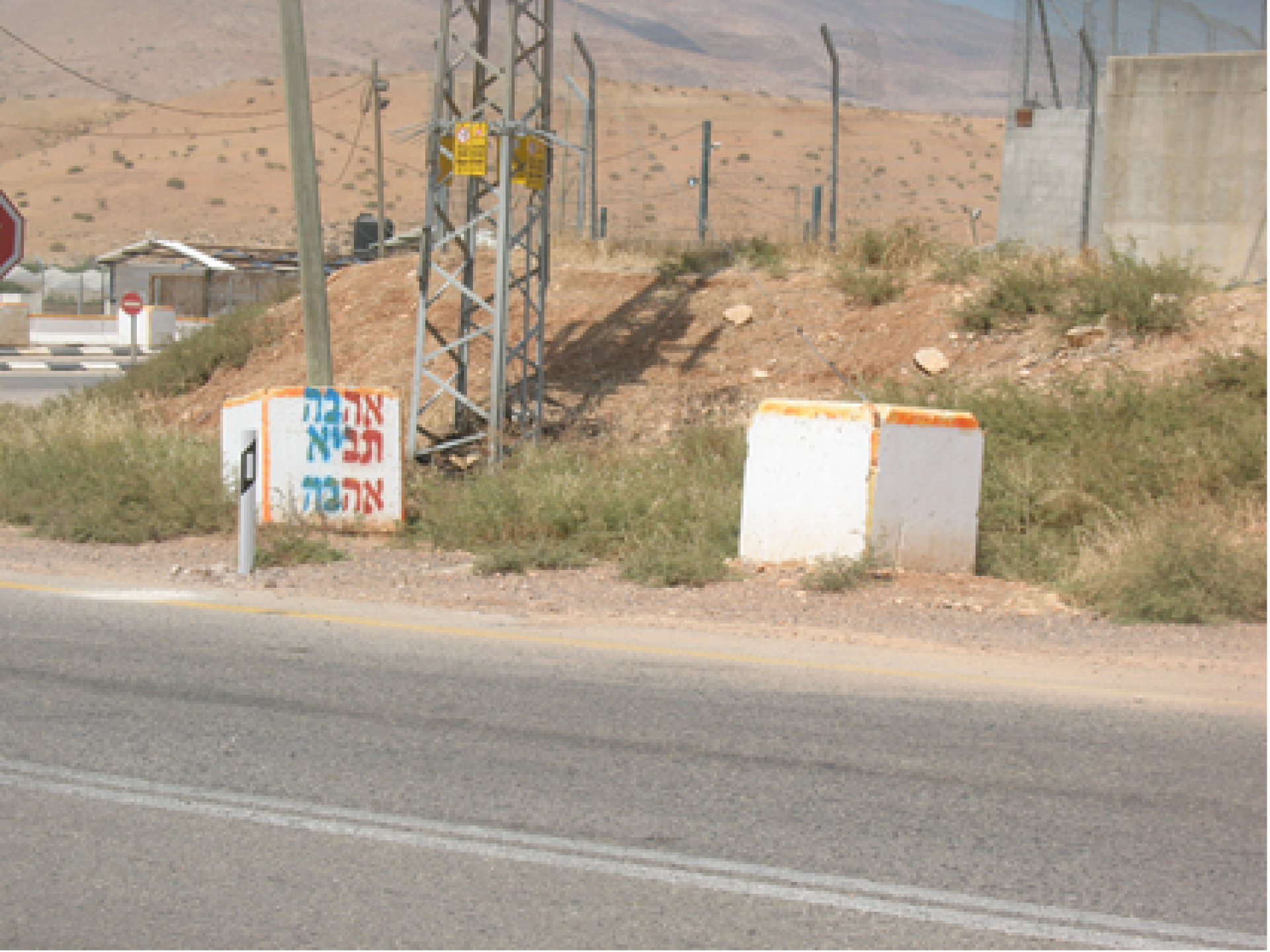