We decided to visit Azzam at Susiya so as to see how they survived the storm of the previous days.

At the Meitar checkpoint the carpark was full.

The road to Susiya is beautiful. The rain has caused everything that had been sown to sprout and there was no land that could be worked and which was not used. Not a centimeter.

At Azzam’s the family and animals

Azzam says that the lack of knowledge of the future is very hard to bear. He says, “We live from day to day.” Liberman, the minister, has decided to move them from the place but Azzam says he will not move.

“I have 50  dunam of olives here. They are like my children and I will not abandon them.” He was born in the cave on the other side of the road and he will go to no other place.

In the picture: The march of the chickens.

We went on the school at Susiya which was empty because of the school vacation. Two little boys and a girl who were playing there and saw our tag of Machsomwatch said, “Ah, you are good.”

After the months of visiting  the Hebron hills I have learned that one of the signs by which we may know a Palestinian town is by the water tanks on the roofs or the containers next to the tents. Even the school has the water containers. 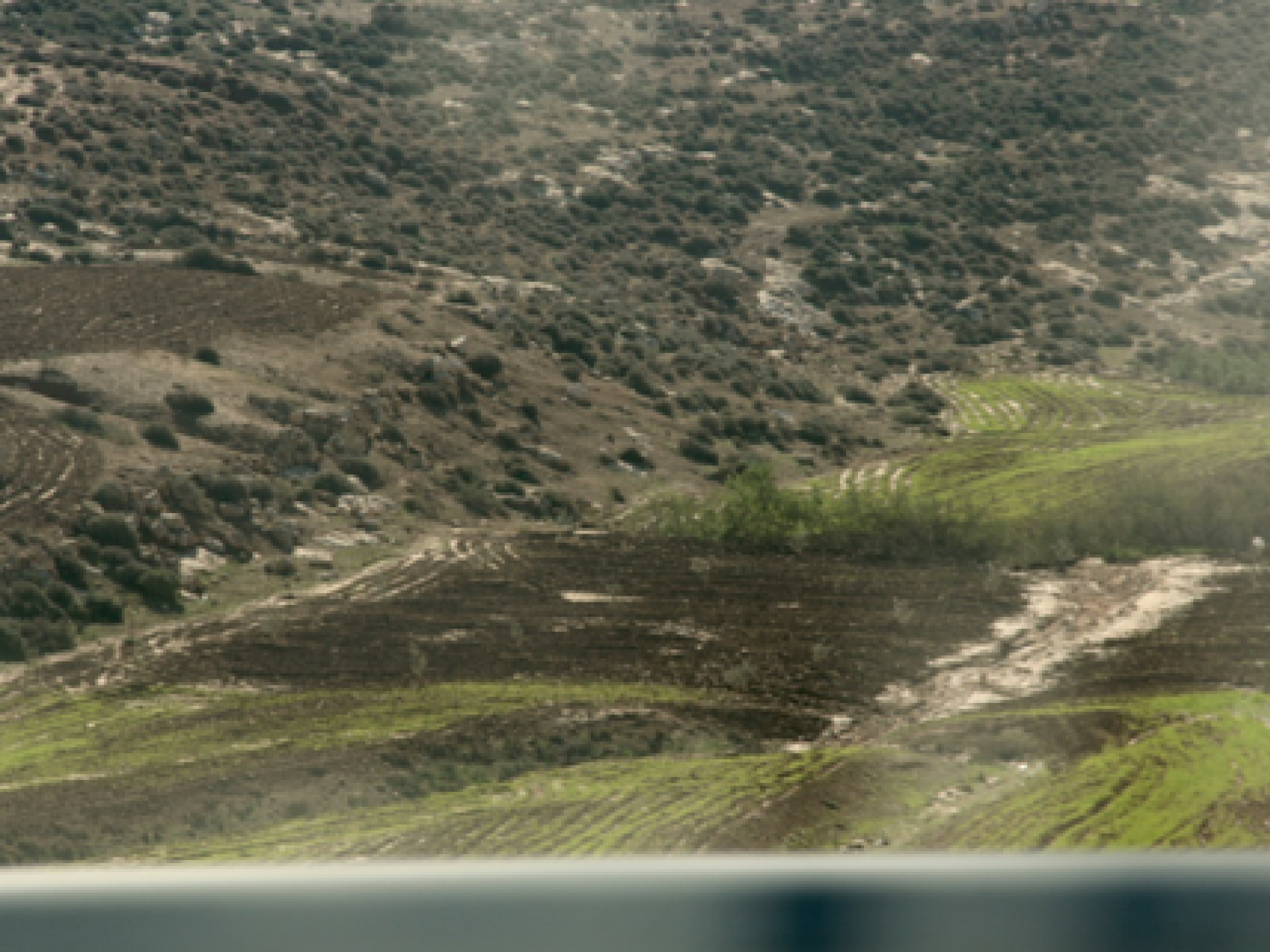 There was no land that could be worked and which was not used
Photographer:
אריאלה סלונים 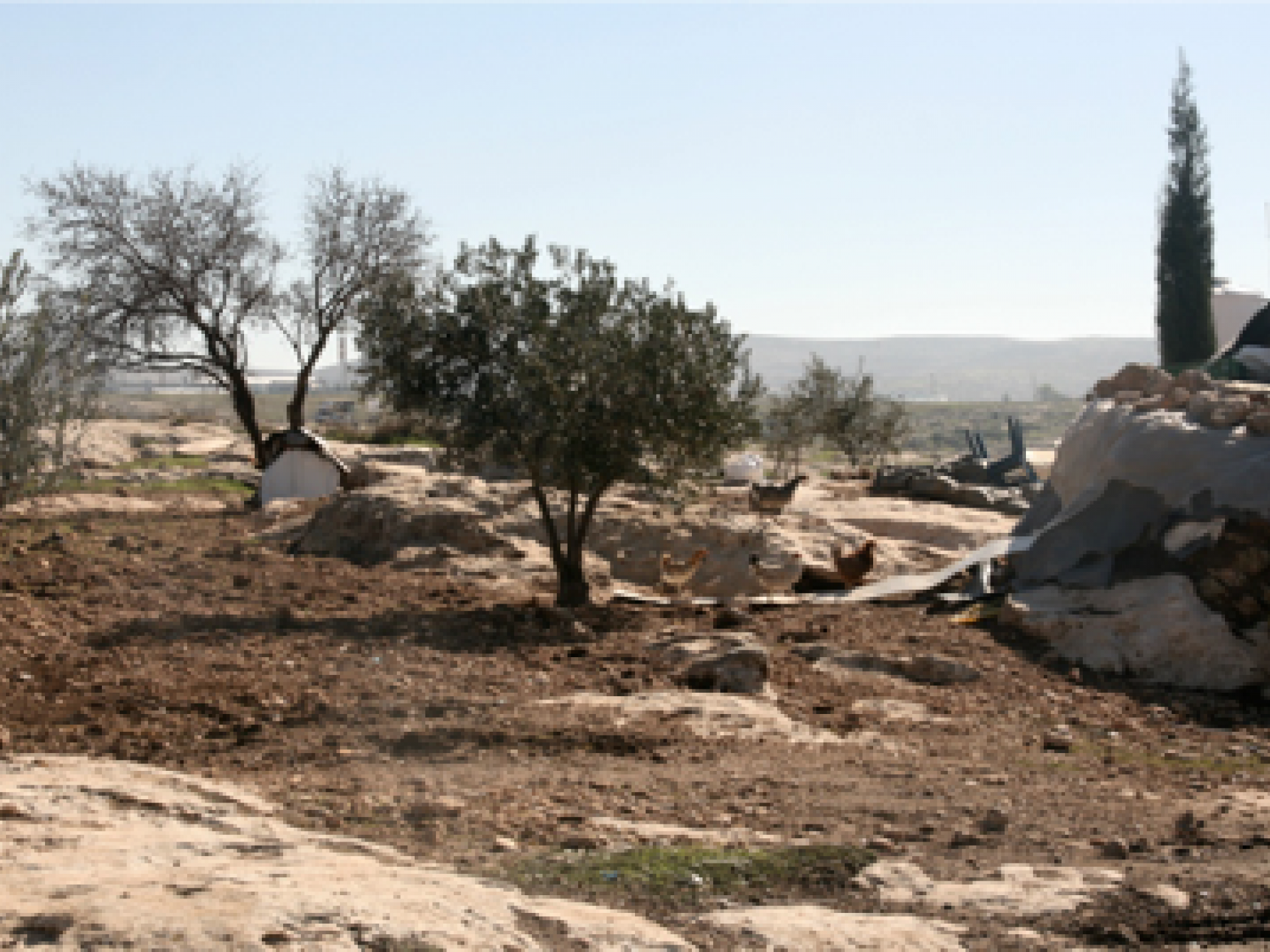