Hebron - Corona is spreading and there is food and money shortage

in the area. Agriculture and commerce workers are allowed to pass through on their way to work. Building workers are required to stay and stay at the construction sites often under shameful conditions.

The checkpoint is functioning but one can clearly see the number of illegal workers who are going through the break in the fence and the vehicles picking them up. It seems that the police prefer to ignore them.

Road 60 is sparse and there is no army presence at all entrances to Palestinian communities.

While driving, I talked to Idris and Mufid on the phone and they say that in Hebron the situation is very serious. There are deaths and 4000 ill. Also in the communities around Hebron. In El Fawwar there has been a death.

Most hospitals are intended only for Corona patients from Dura, Tarkomiya and Dahariya and in Hebron at the Ahli hospital everyone is only busy in Corona.

Idris says they don't have enough groceries and people are hungry for bread because they are not working and have no money. He says he met two people at the spring  who talked about the  lack of basic staples like rice and sugar. A Jewish friend of his came to visit and when he heard their story, he simply took some money out of his pocket and gave each 150 shekels. It is not necessary to elaborate on the blessings they heaped on the head of this Jewish man.

According to him, the PA is not in control  and does not function.

Mofid says there are many dead because there are not enough medicines and there is a feeling of hopelessness.

.We decided to go  to Hebron.

Idris asks to meet us just to say hello. So we agreed that he would come near the "policeman" checkpoint and that I would stay in the car and talk from a distance. and so it was. By the time we arrive, we see that the southern entrance to Hebron, which is at the foot of Beit Hagai, is open and packed with cars as usual. No noticeable closure.

We arrived in Hebron H2 which is as always a ghost town. All the shops in the area of the Cave of the Patriarchs are closed with no visitors at all. Few people, women and children walk around.

We met Idris wearing a mask and gloves and it is important for him to tell about the difficult routine of life. We meet  on  Shuhada Street near the Sharabati family and I stay in the car.

He arrived with Zidan Sharabati.

He also says that everyone is closed in their  houses and only some shops are opened for a short time. He says that despite the situation, there are attacks from settlers. Children who have nothing to do throw stones and then the IDF closes the area and does not even let them return home form H1.

Near the house of contention that the settlers call the Peace House, serious renovations are being made. Ofer Ohana is walking around there. I saw new graffiti on the bins that were there to fence the renovation site.

I took a picture and that's what you see in the picture.

This world can turn upside down but the settlers will go their way. 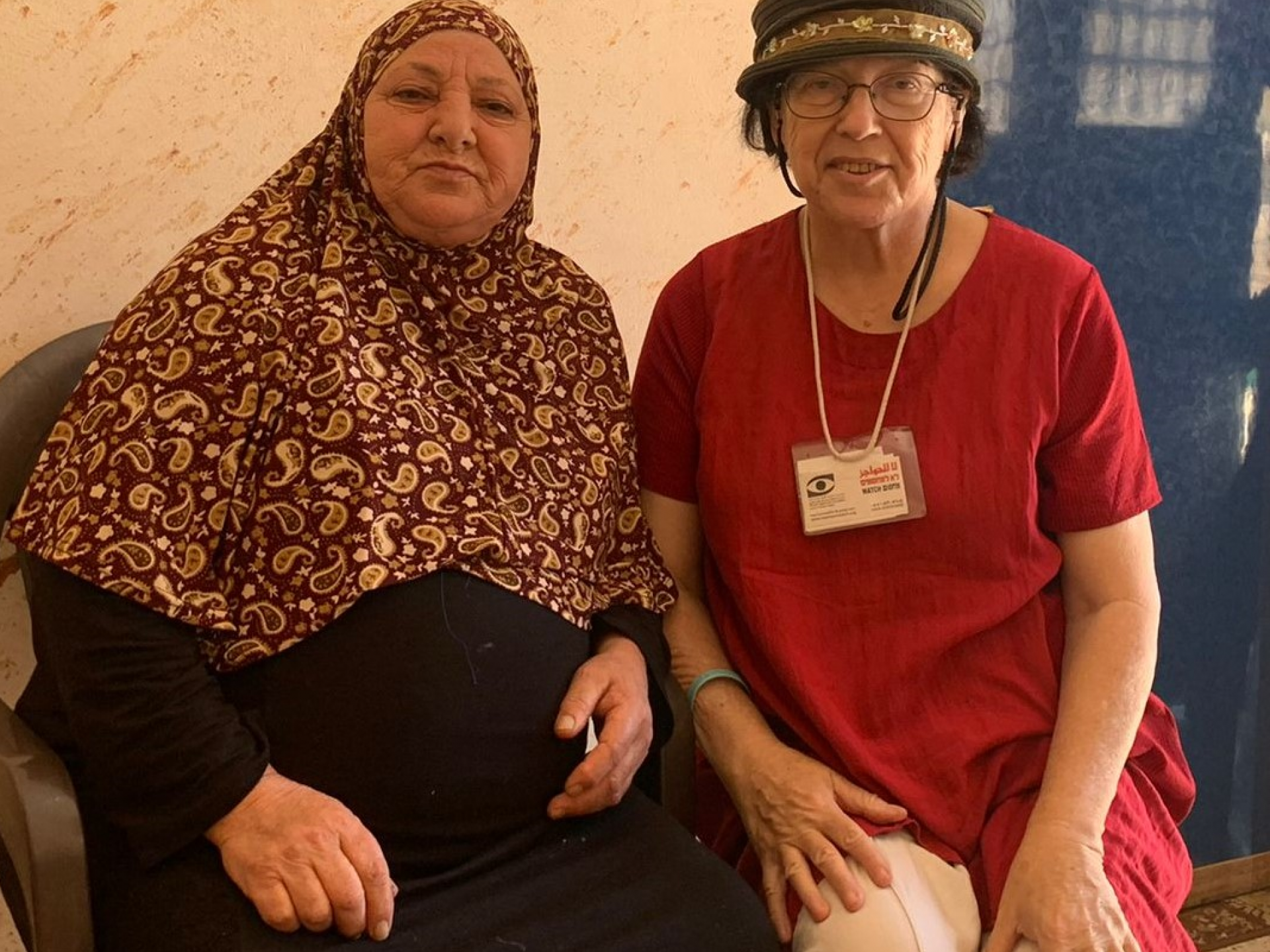 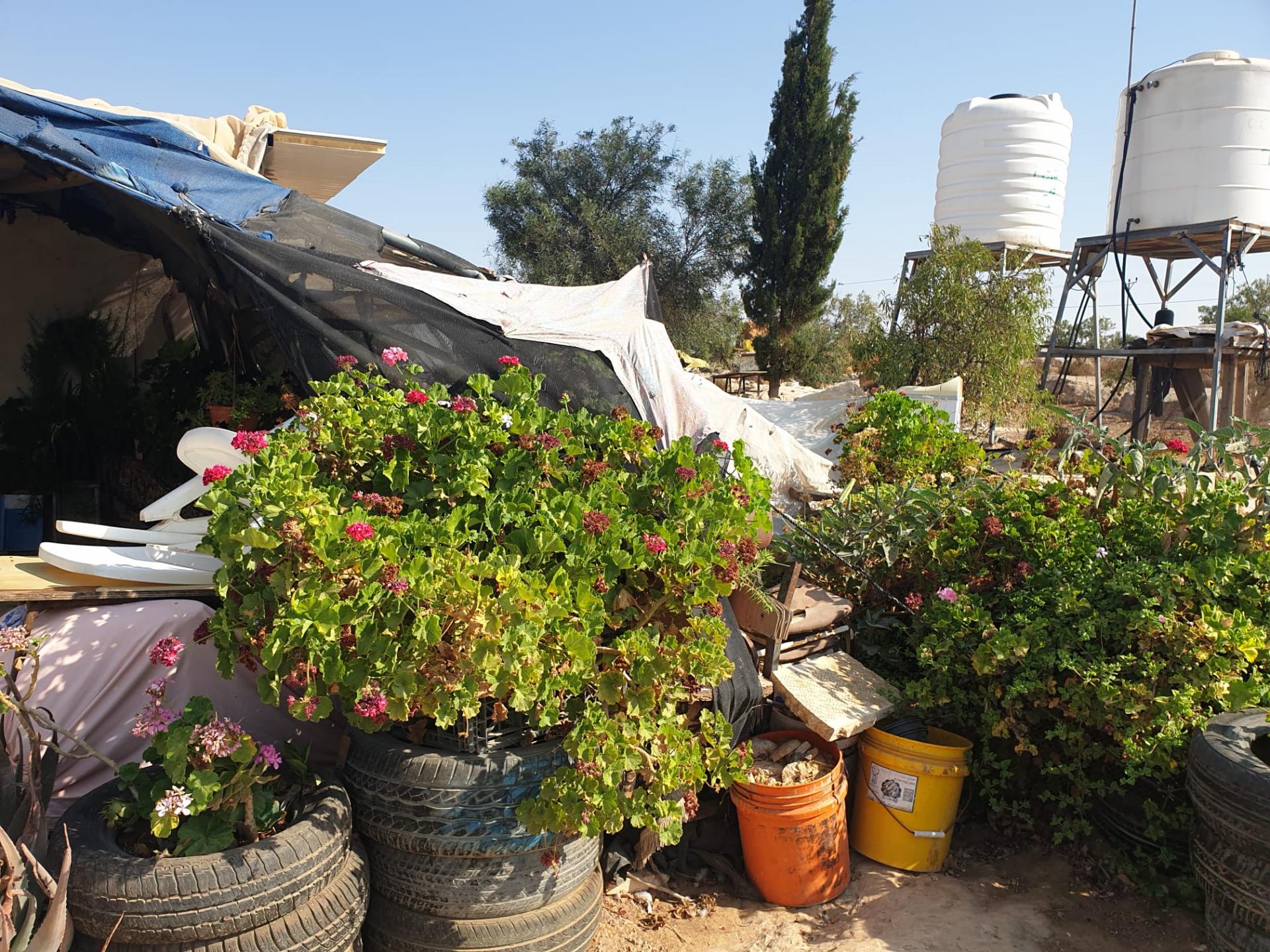