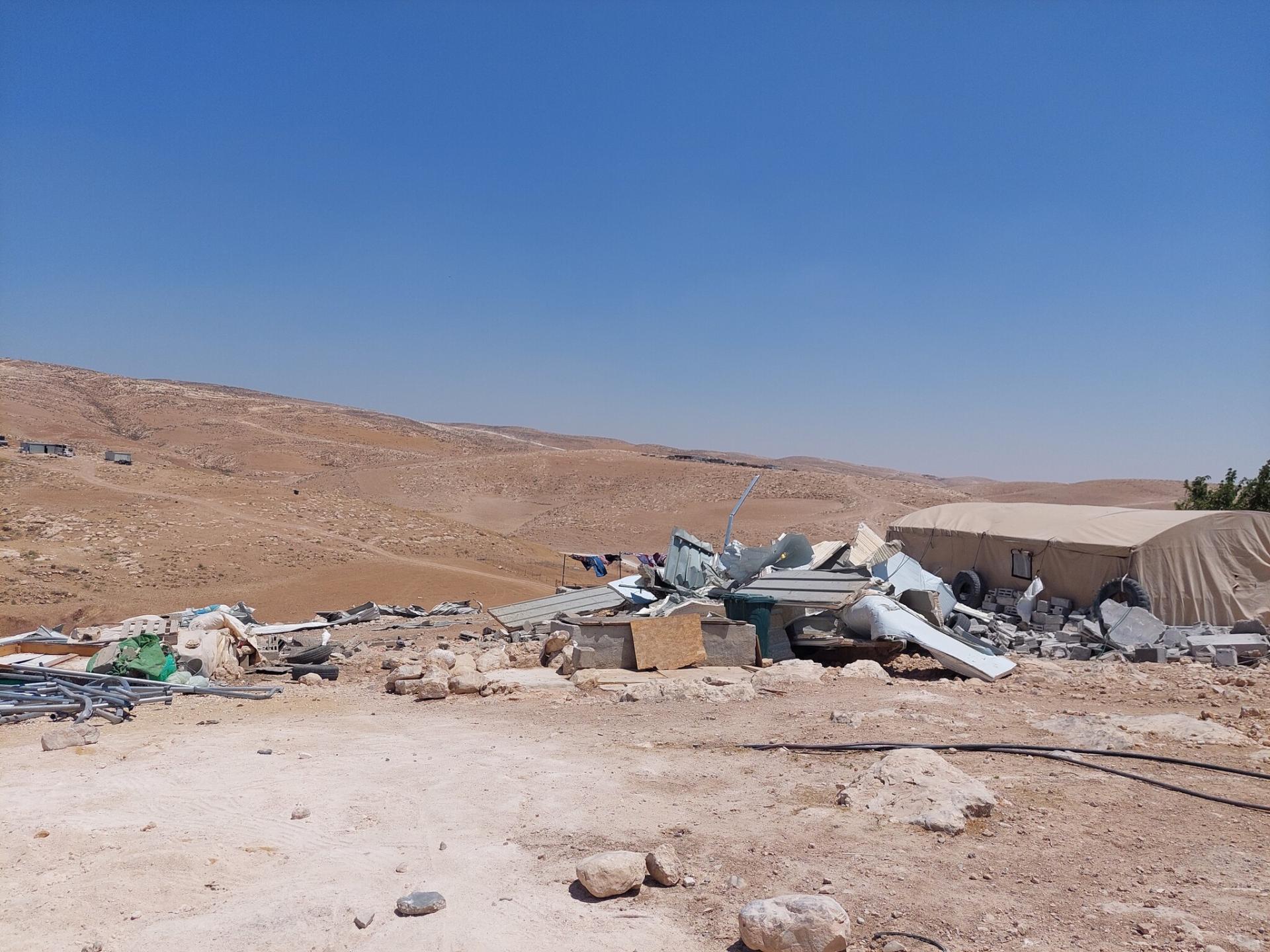 Thanks to Muhammad who has no equal, we drove with a vehicle suitable for the road through the rocky road to Fahith, Marcaz, and Jimba, small villages scattered throughout the land of no one and which interfere with settlement plans there.These are villages which are under threat of demolition because it is claimed that they are in a firing zone. The truth be known - for some reason the terror of the firing zone does not apply to the illegal  outposts, and ceases to be dangerous when Jews settle there.

In Jimba they have only received demolition orders for barns and some miserable buildings which they dared to build.

We got there via Mufakara.

In Fahith is a conference at the school: a lot of people. They are waiting for the Minister of Justice and media of the Palestinian Authority.

We also met people from peace organizations who had been in Hebron at the time: from Venezuela, Norway and the United States.

They are very happy to meet. They had heard about us and greatly appreciate our actions. We could not wait there until the VIPs arrived.

We drove to Marcaz which is in ruins. They said it was first demolished two months ago and recently again, a week and a half before we arrived.

From there we drove to Jimba. No demolitions yet, but the man said there are demolition orders both from a year ago and a new one - for some sheds used as cow sheds, and one shabby hut we sat in. It has existed for 3 years and used as a makeshift house for a family usually living in a cave.

The man says there are documents proving that these lands are theirs. These are papers that he received in Etzion DCL for NIS 2,000 that he paid and gave to an attorney. Since the matter is in legal treatment, it has not yet been destroyed.

In Jimba we also saw that they blocked a road leading to Arad, because illegal workers try to pass there - people who want to bring bread home and can not.

When the loopholes in the fence are closed, people are looking for and finding other ways into Israel.

In Jimba we were told that about 15 families live in the village. They were originally from Yatta, but came here to preserve their lands. They live in these difficult conditions so that they will not be taken from them. The authorities are of course interested in deporting them.