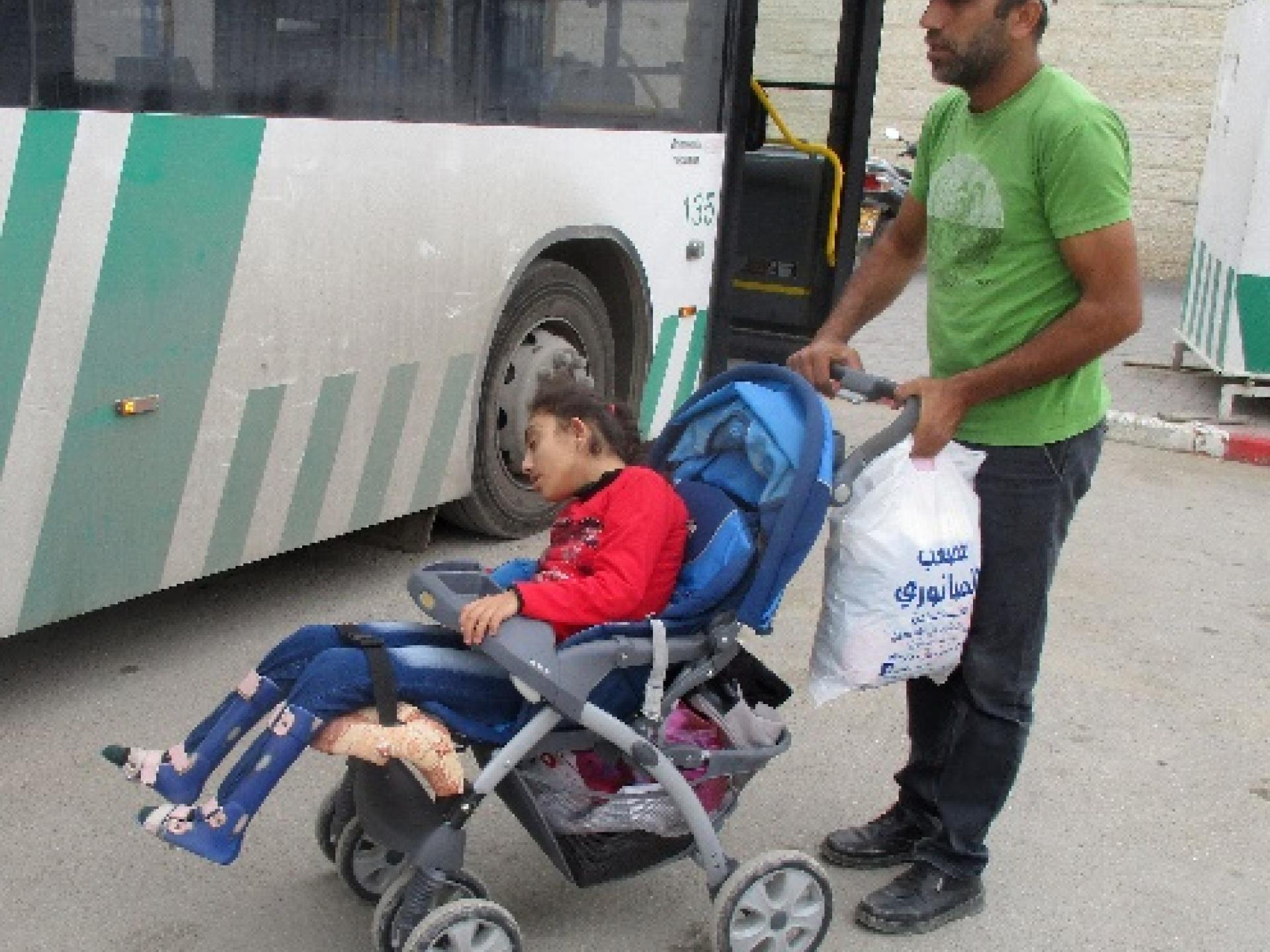 A father and his daughter on their way to the hospital
Photographer:
Tamar Fleishman

I saw them arriving at the checkpoint,l a father leading his 12-year old daughter – a girl, almost adolescent, with symptoms of cerebral palsy seated in a pram, her lower body tied, legs fixed, hands moving involuntarily and a head dropping uncontrolled to either side.

They have come all the way from Jenin, headed for Muqassad Hospital in East Jerusalem.

When I returned 40 minutes later they were still there, the father and the daughter and the pram, facing locked gates

They had an exit permit from Jerusalem, they had a summons to the hospital, they also had a promise from the woman-soldier in the secured front post who told them 40 minutes ago “just five more minutes”. The only thing missing was someone to open the gates.

Not that the checkpoint lacks gates for prams and carts. There are. But it’s been years now since the automaton opening them at the press of a button is out of order, and someone needs to bring a key…

The father stood and waited, and from time to time straightened his daughter’s head as it dropped to the side, and wiped her forehead with a piece of cloth.

Joining the father and daughter, I lack Palestinian patience, but I do have the privilege of language, assertiveness and accumulated knowledge about how far I can stretch limits. I began with phone rounds to whoever they are, on the ruling and executing side as I have their phone numbers (well, just a few).

At the end of a charged hour a DCO officer finally arrived and let the three of us through four gates between the Palestinian and the Jerusalemite sides of the checkpoint.

Now all that was left to  do was to locate the bus going to Makassed. 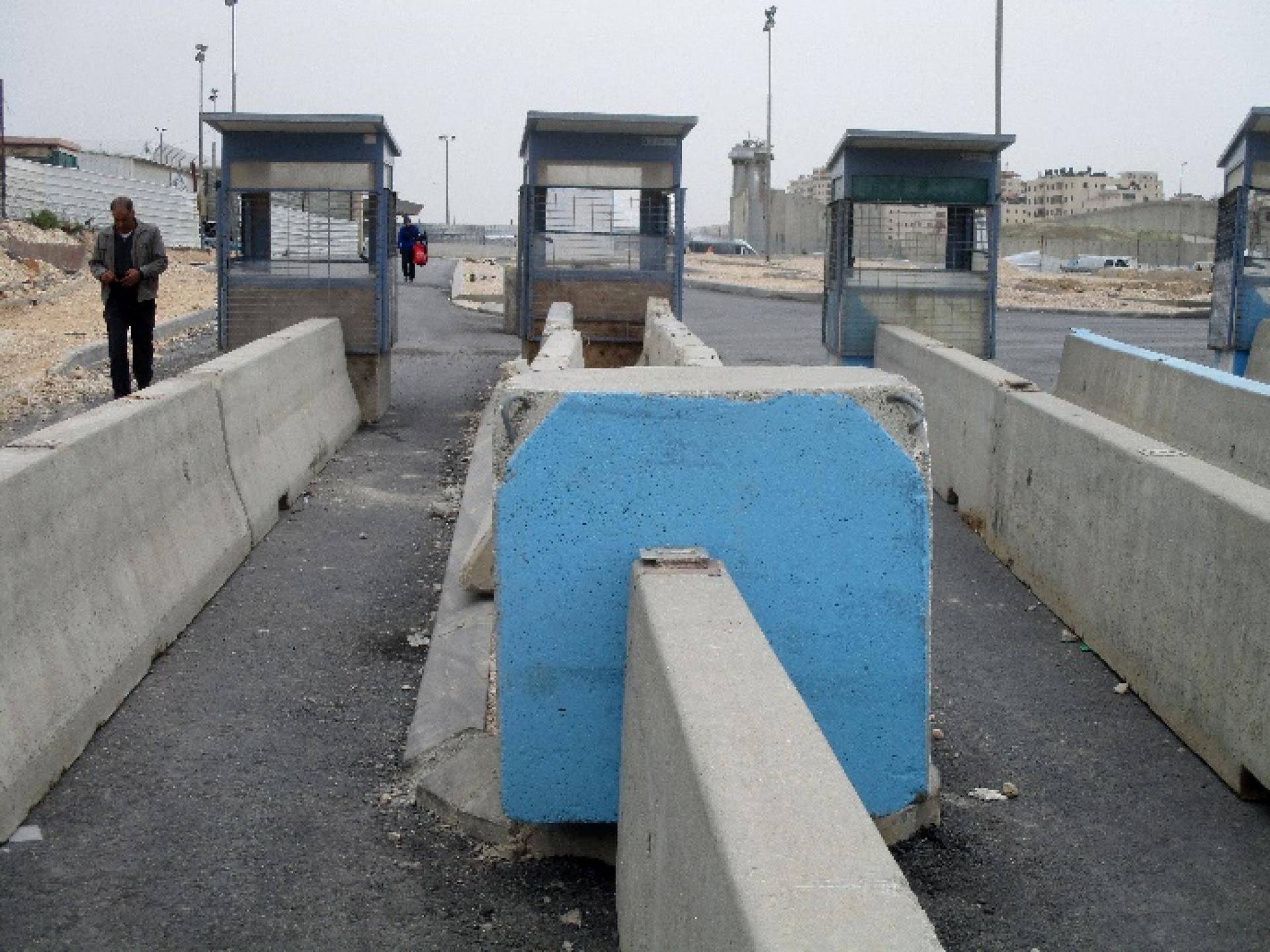 When the driver opened the middle door of the bus, and lowered the platform for the father to place the pram with his daughter safely inside, and I stayed on the sidewalk, I felt I had a lump of shit stuck in my soul.

Preparations for Ramadan are being completed.

New tracks have been paved, barriers and fortified posts in place.

An armed Border Police contingent secured a steamroller preparing a road along the Separation Wall.

Without warning and no apparent reason, one of the armed men raised his rifle and let out a teargas canister like a person passing wind (farting) in a closed hall. 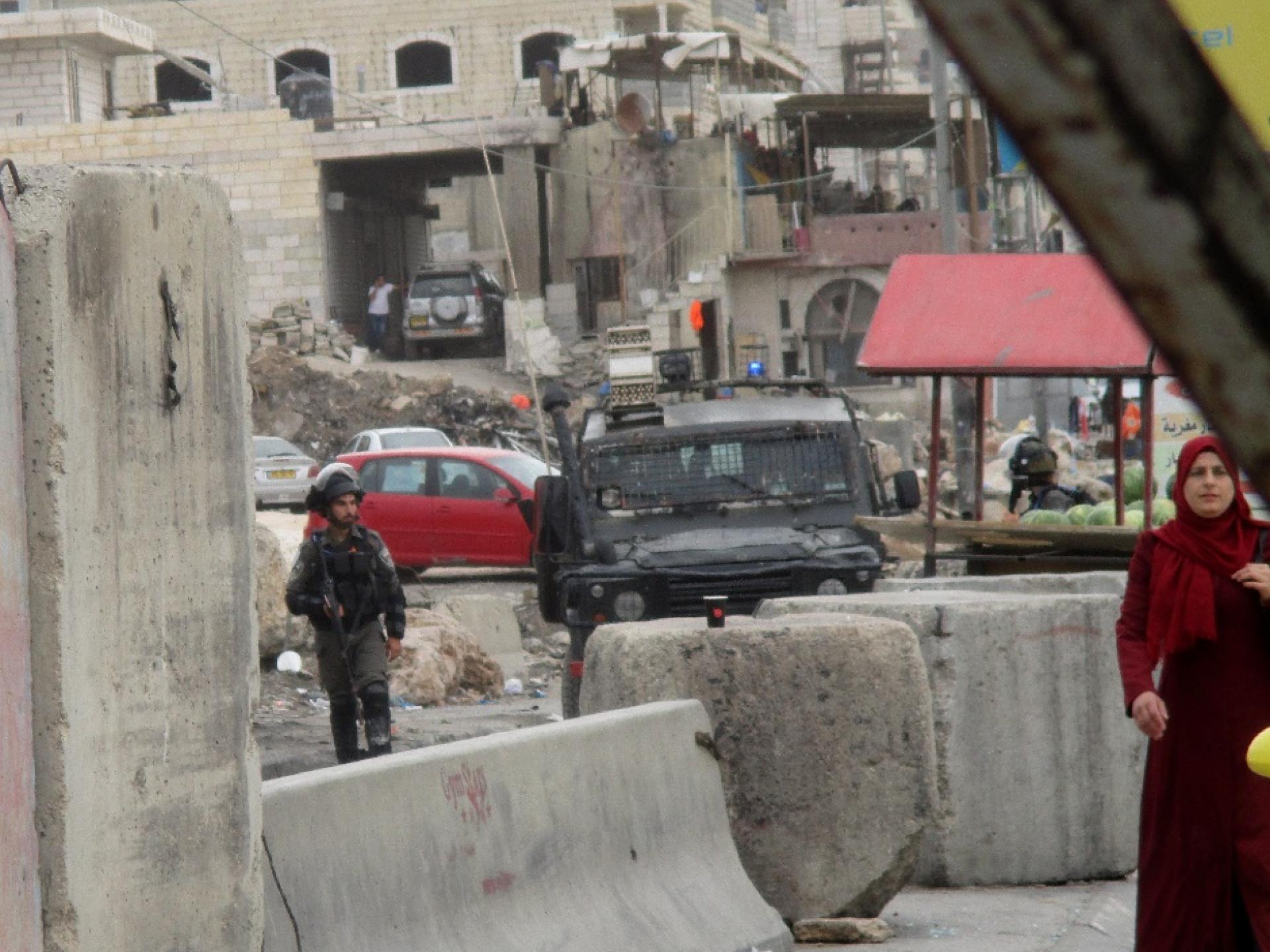 On the way to the checkpoint
Photographer:
Tamar Fleishman