A meeting at the Az Zawiya municipality

A meeting at the Az Zawiya municipality

There were no plant nursery vehicles at the Eliyahu checkpoint, but there were some in the inspection area.

‘Azzun.  We dropped off parcels and were served fragrant tea.  We drove south via Thult, Siniriyya, Bidya, Maskha and through the tunnel under Highway 5 to Az Zawiya.

We picked up a hitchhiker who directed us to the municipality.  He requested we help cancel his son’s blacklisting, and we took the details.

Az Zawiya is a Palestinian town in the Salfit sub-district, 15 km west of Salfit and 24 km southeast of Qalqilya.  The deputy head of the municipality and a number of employees, as well as an English-speaking resident who’s a student, welcomed us.  She’s completing an accounting program and is interning at the municipality.  Az Zawiya has about 6,500 residents.  About 3,500 former residents live abroad and aren’t permitted to visit their families.

Az Zawiya residents own 10,000 dunams in addition to 5,000 in the seam zone, some in an inaccessible salient near Rosh Ha’ayin.  They recently received a demand to voluntarily transfer 80 dunams to establish a cemetery for Rosh Ha’ayin.  No.  It’s not a mistake.  A cemetery for Rosh Ha’ayin’s dead on private land belonging to residents of Az Zawiya.  They approached the Palestinian Authority, which went to court.  They provided tabu documents and deeds and await the decision.

The army sets up flying checkpoints at the tunnel under Highway 5 and blocks the main exit, which is practically the only exit, from the town to the West Bank.  The flying checkpoint creates a long traffic jam on the road leading north through many other villages to Qalqilya and the Eyal checkpoint and makes people late for work.  Why? asks S.  Because the soldiers are bored?  Why mess everything up and make us hate the Israelis?

They paved a road, to the left of the red roof in the photo, but the army stopped the work on a 50 meter segment that is still a dirt road, in the middle of the paved section.  The army claims it’s too close to Highway 5.  There are no settlements very near them. To the north, Elkana and Sha’arei Tikva are visible at a distance. 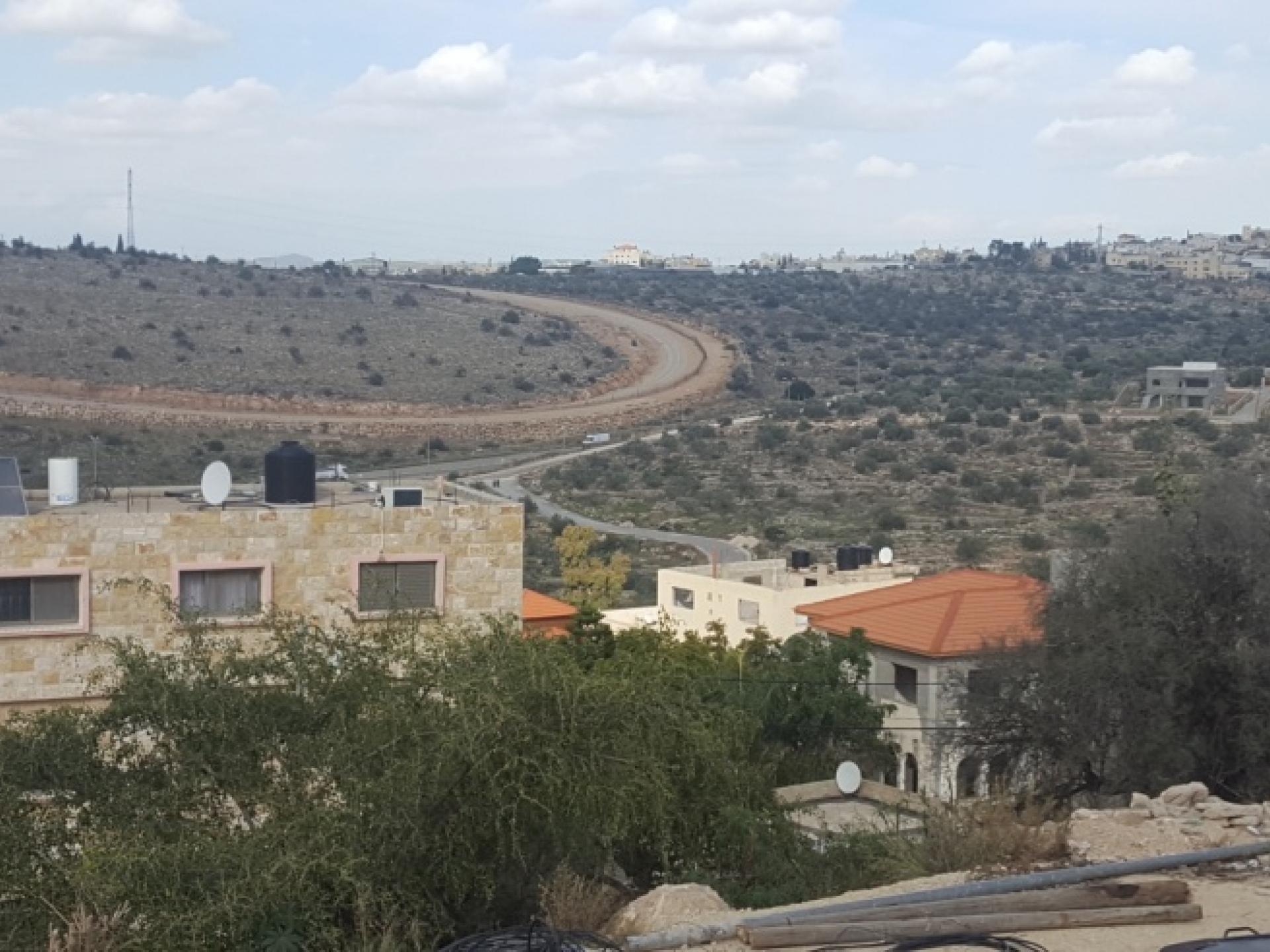 An internal road which construction has been halted
Photo:
Shoshi A 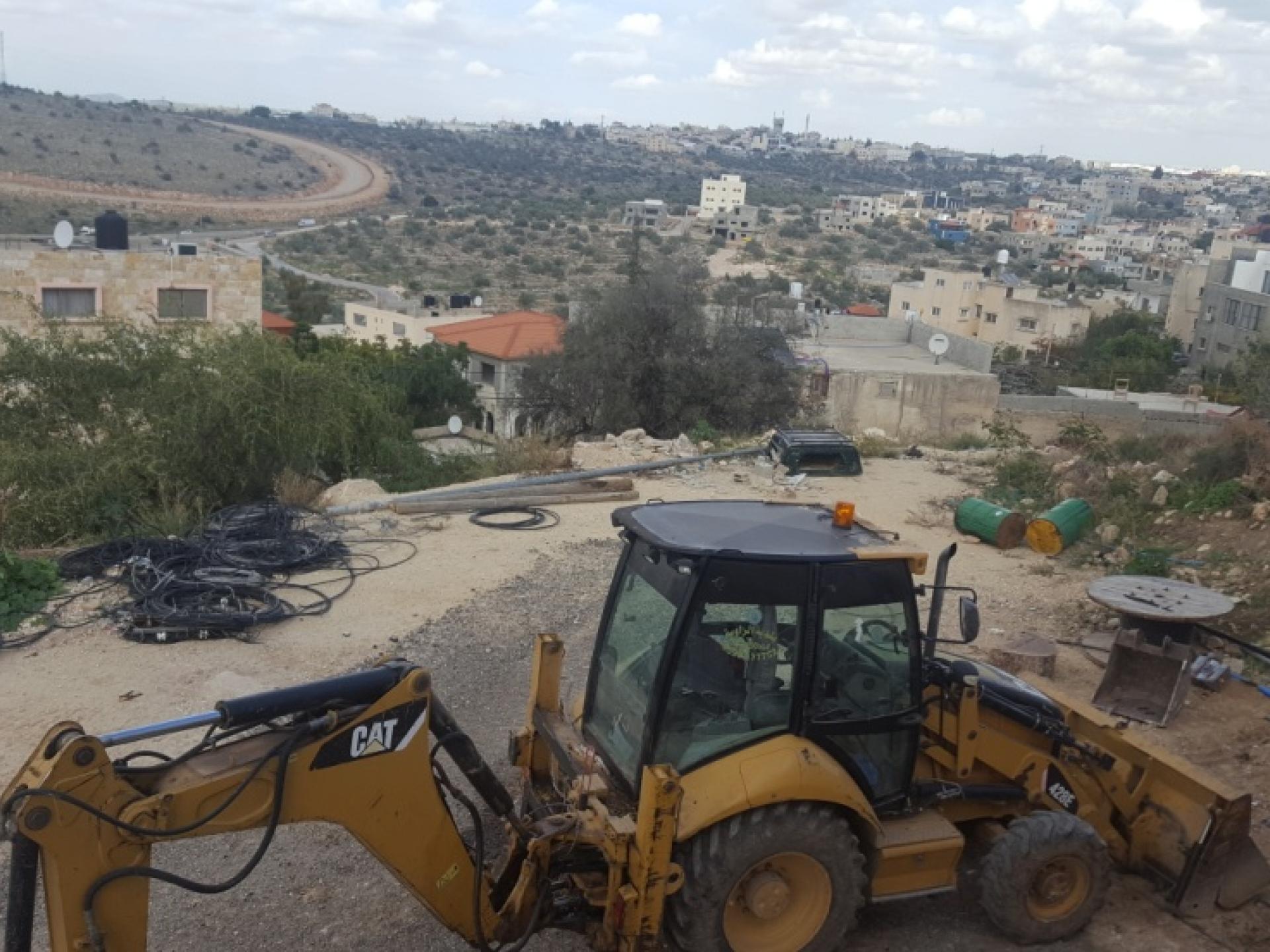 They are unable to access some of their agricultural land, and when they approach the Qalqilya DCL, through the Palestinian liaison in Salfit, to request permits to work their land, only two are granted per family, to the elderly.

Those lucky to receive Israel work permits are married, with families and children.  But young people don’t receive permits and are stuck at home.  Nor is there any work for those who have completed university studies and return home.

A few days ago S. saw, from his home overlooking the road, a settler driving on Highway 5 who stopped, fired three shots in the air, and drove on.  The army arrived 15 minutes later to interrogate residents of Az Zawiya.  The settler claimed rocks were thrown at him.  His proof was broken windows in nearby houses.  S. swore no one had been there and no rocks were thrown at him, and demanded the army inspect the windows.  They saw he was right.  But they didn’t even reprimand the fearless settler.

S. has a carpentry shop and land.  He has seven dunam of olives but he’s not allowed to access them with agricultural equipment to work the land.  One day he was working in the grove with a tractor when soldiers arrived and confiscated it, and demanded a NIS 15,000 fine.

A few weeks ago a serious accident occurred on Highway 5 involving a bus coming from Ariel and a private car.  Local Palestinians ran to help, including S.  When the soldiers arrived they yelled at the Palestinians to leave.  S. didn’t hesitate to tell them that Palestinians were the first to aid the injured.  Instead of being thanked they were berated.  That’s how it is.  That’s how the soldiers are accustomed to behave.

In 2004 the separation fence was erected directly adjacent to one of the schools.  The residents demonstrated for a month against the fence and succeeded.  It was relocated 1 ½ km from the school.  Sometimes there are small victories.

Az Zawiya has elementary schools and high schools.  Students go to branches of the university in Salfit or Bidya, or to al Najah in Nablus.

Two months ago the army came to the town and soldiers posted warnings on the doors of homes – disturbances will be dealt with harshly.  Nothing but threats and more threats. 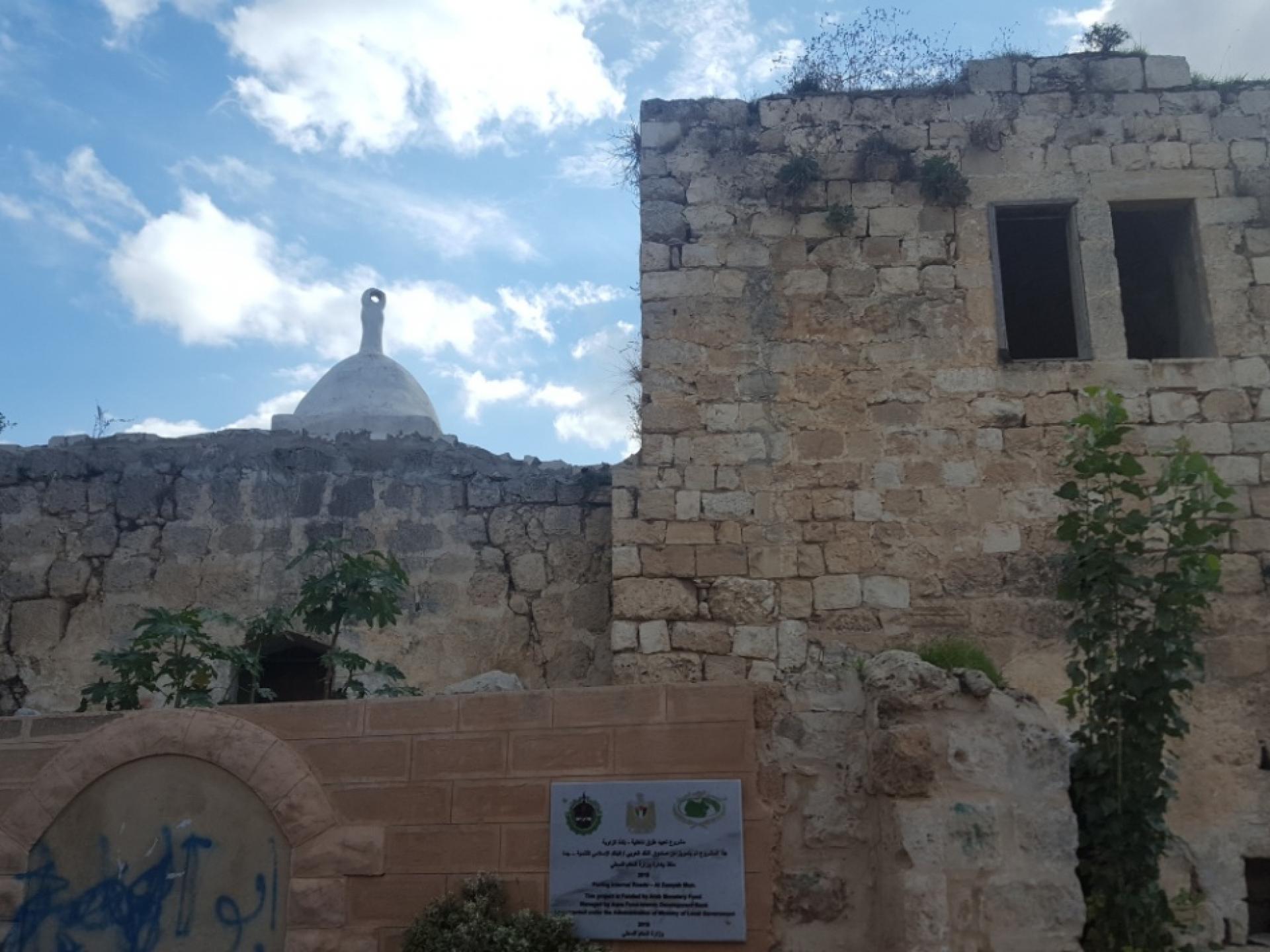 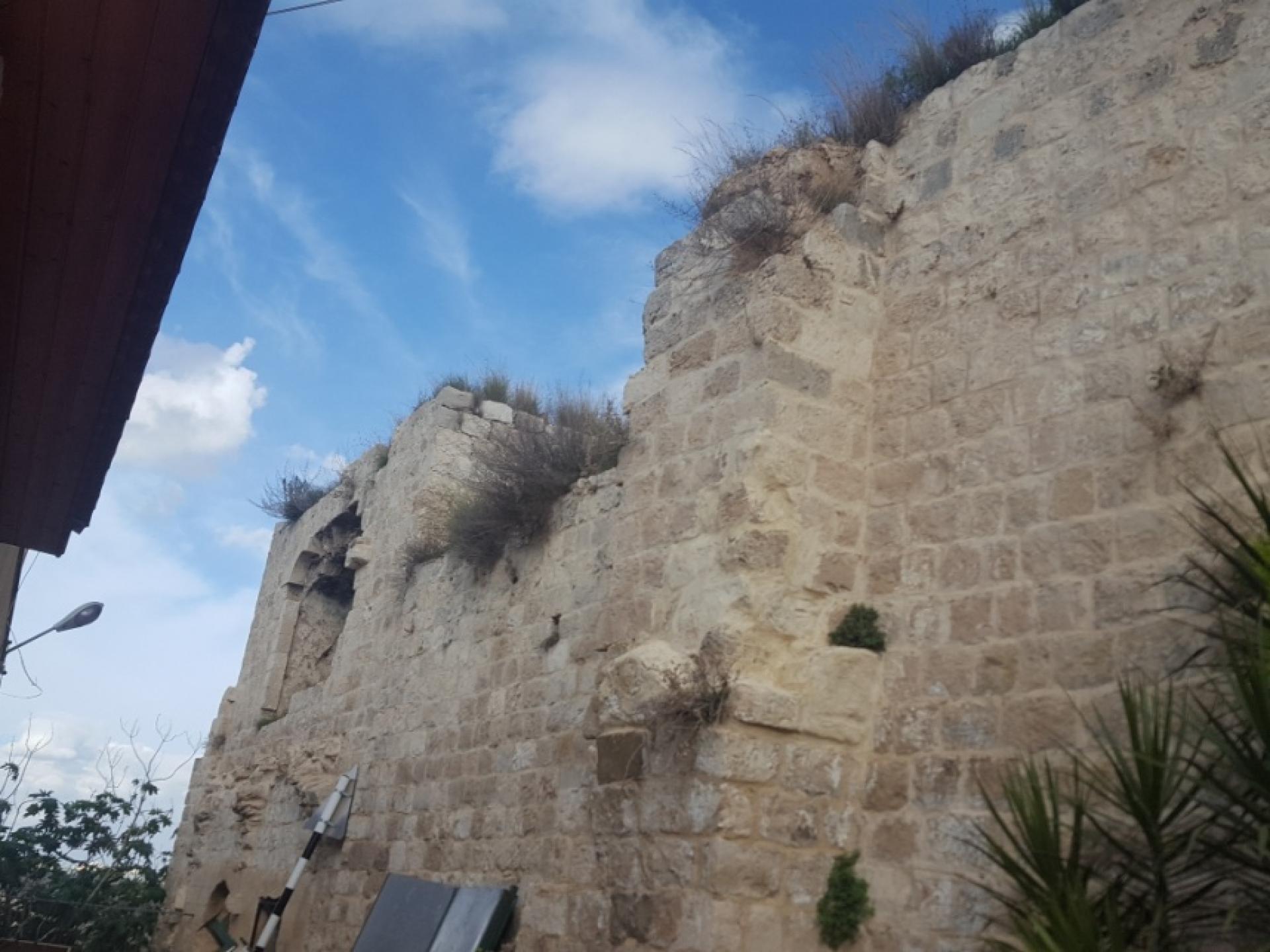 The first houses of Az Zawiya
Photo:
Shosi A

A Palestinian town of 7,500 people, whose name is derived from the word angle. Located 15 km west of Salfit and 24 km southeast of Qalqilya. About 3,500 people from the town live abroad and are not allowed to visit their families.

The people of A. Zawiya have 10,000 dunams, in addition to 5,000 dunams in the seam zone, some in an inaccessible enclave, near Rosh HaAyin. The army erects surprise checkpoints in the tunnel below Highway 5 and blocks the main and almost only exit from the village across the West Bank. The surprise checkpoint creates long traffic jams on the road leading north through many other villages to Qalqilya and the Eyal checkpoint and causes delays to workplaces.

They can not reach some of their agricultural lands, and for that they apply to the DCO in Qalqilya, through the Palestinian link in Salfit.  Only two from each family, the elderly, who cannot work their land anymore The rest are forced to sit at home. There are also no jobs for academics who graduate from universities and return home. Workers in Israel pass through the Eyal checkpoint. To get to work on time, they leave the house at 02:30 or 03:00 in the morning. .

In 2018, the Machsom Watch team met with Omar, who is in charge of archeology in the Salfit district. He wanted to show us a site of antiquities from the Roman period, which had not yet been excavated. Palestinians are not allowed to touch it because it is in Area C. Hundreds of ancient olive trees are planted there. They are legally struggling with a new demand for expropriation of over two thousand dunams.