“Helping the bad guys”, a soldier hissed at me, returning with his buddies into the checkpoint after having finished their mission of firing teargas grenades at boys throwing stones and rolling burning tires and at people who unfortunately happened to be there.

The army left behind air filled with teargas and a chaos of traffic. Both lingered.

But they, the armed men of Duhifat battalion, Kfir Brigade, the soldiers and officers as well as the battalion commander’s front team*, couldn’t care less. They came, fired, and left.

For the long while it took to conduct the firing mission as well as later – all exit roads for vehicles from the West Bank were closed off, and the roundabout became sterile

ground where no Palestinian foot was allowed to tread. 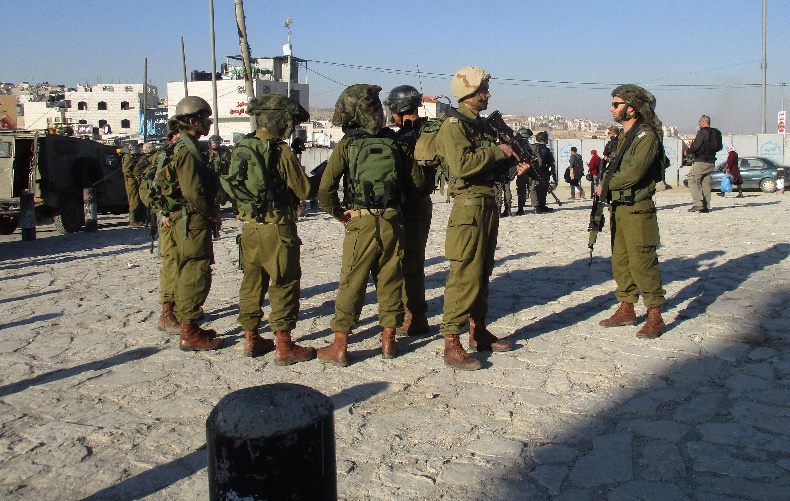 At the same time, in the pedestrian lane, policeman Menashe Chai photographed the IDs of whoever entered the West Bank. Well, not everyone. Just the Palestinians. 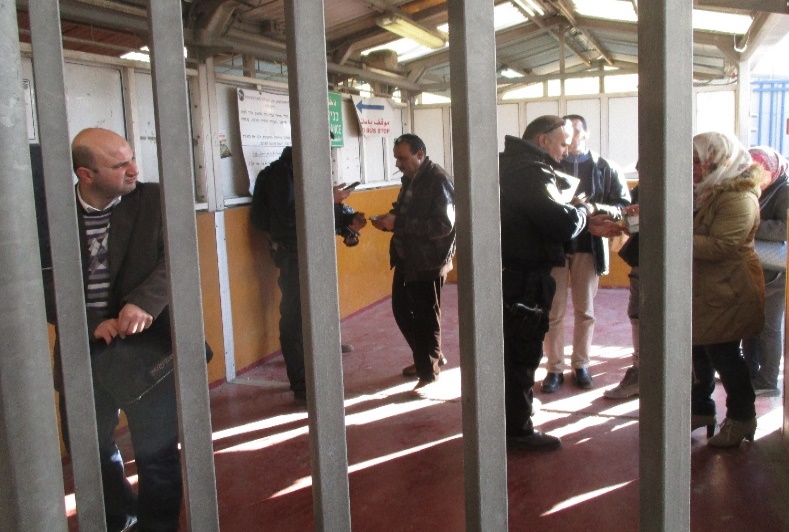 When Menashe was done his delaying and photographing duties, he turned towards the vehicle lane. There, without giving any reasons (a policeman does not give Palestinians reasons, but I do have my assumptions), he ordered a back-to-back procedure for “a very ill patient” as the medical team said, in the midst of the traffic lane rather than at the usual spot meant for medical patients transferred from one vehicle to another. Consequently traffic was stuck even more.

On my way home from Qalandiya I thought about the soldier who named me “helping the bad guys” and realized that bad and good, like the beautiful, are in the eyes of the beholder and associated with the place where one has chosen to be, just as “the place” (the Hebrew hamakom carries the added, weighty meaning of The Maker) chose the person who would be there, and I thought how wrong that soldier was, who does not know that I do not help nor come to help. In such cases I warn, and this time too I warned the boys and let them know who lurks for them and where. 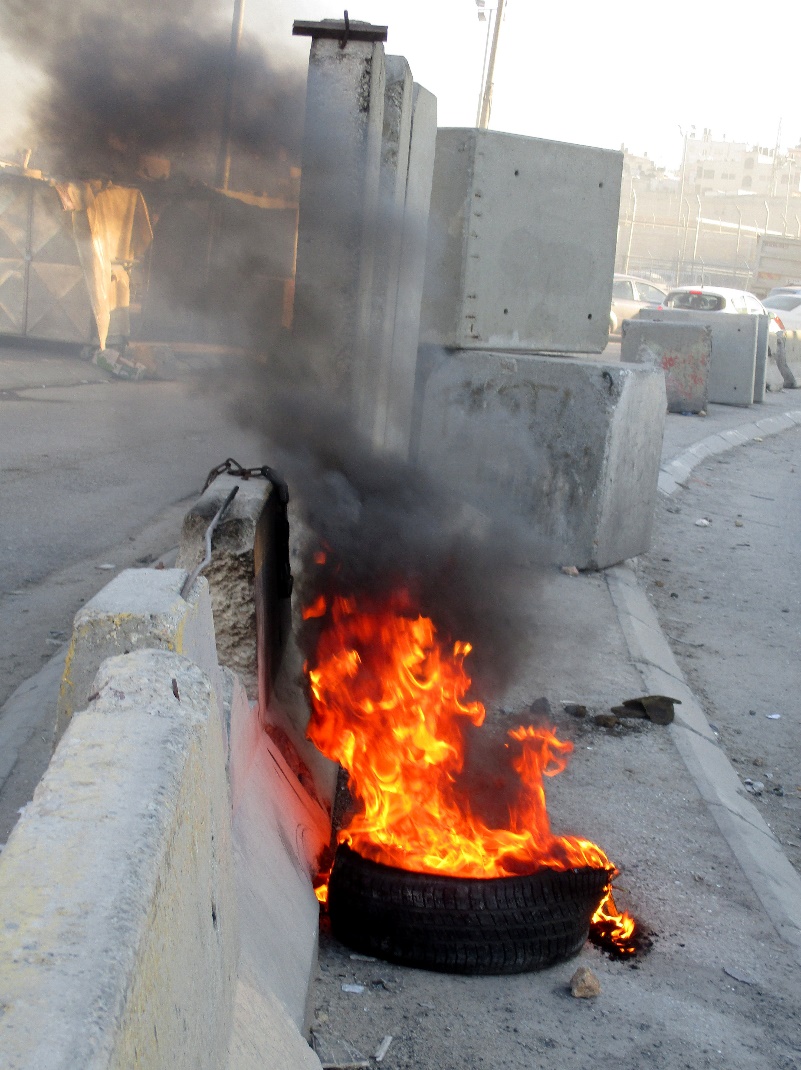 *Thanks to Sarit Michaeli for enlightening me about the army ranks.