The transit to Gaza lest at 14:30. She should come again tomorrow | Machsomwatch
Skip to main content
Back to reports search page

The transit to Gaza lest at 14:30. She should come again tomorrow 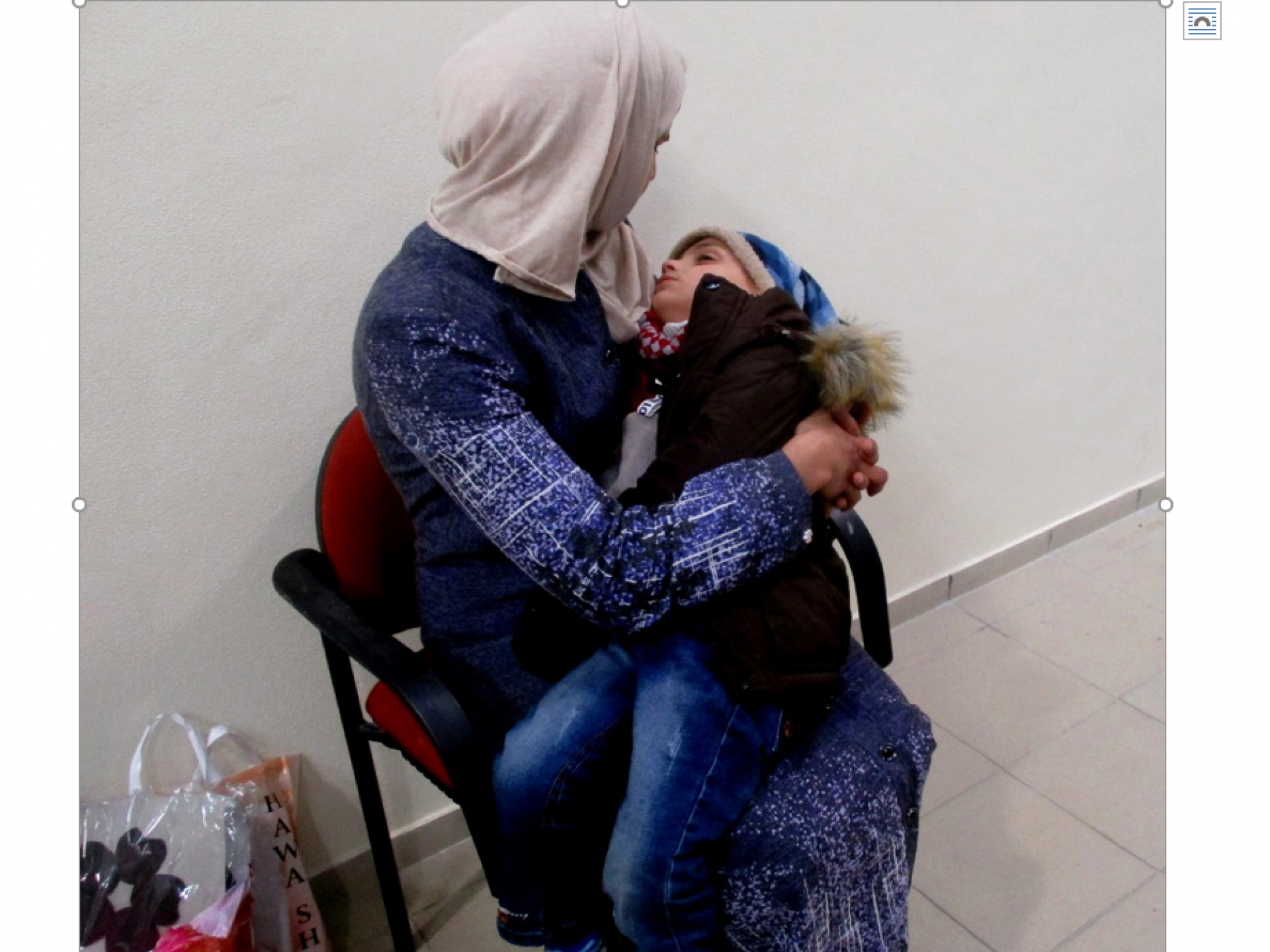 As I crossed the checkpoint, between the metal detectors and the ID checking posts, a woman stood, her path blocked, carrying a motionless child on her shoulder. The child is 4-year old Abdallah, who until Thursday was hospitalized in the Intensive Care Unit and was taken by his mother to Qalandiya in order to proceed from there all the way home to Gaza.

Abdallah doesn’t see nor respond. A bit like a living dead child.

I didn’t mean to go to the DCO (Civil Administration office) – where they are pushed back in their misery, but meeting these two - seeing the defeated mother whom the soldiers barred from crossing – told the story and I stayed.

Another two men stayed who, like me, were on their way elsewhere, and like me arrived at the point where the mother and son were blocked. We stood with her, next to her.

There were quite a few soldiers and security personnel and two policemen. They all repeated that “the DCO is closed… the transport to Gaza left at 2:30 P.M. today… she should come again tomorrow.”

But the DCO usually closes at 4 P.M. and it’s not that late now, I insisted, and was not answered.

Time passed and 4 P.M. came and went. The woman whose human load was heavy almost collapsed. Give her a chair, I said There is no chair here, answered one of the security guards, and another hurried off and brought an office chair from somewhere.

The mother sat down, the child in her lap, and we – the two men and myself – stood at her sides, waiting, not knowing for what.

One single policeman whose heart was touched called a DCO officer and heard the inevitable – she should come again tomorrow.

When it appeared that all was lost, and we understood that the woman has no relatives with whom to stay in the West Bank, nor money for a hotel in Ramallah, and after the other policeman yelled “Tamar, quit your nonsense!” in response to my comment on procedures, it turned out that even the child’s medication is at home, in Gaza. “Go back to Hebron, you’ll be a permanent guest there” concluded the “nonsense-savvy” policeman.

Just then, deus-ex-machina-like, a group of visitors emerged from the depths of the checkpoint – high-ranking guests who came to get their impressions of the local wonders. I knew I had nothing to lose, so I approached them, faced the senior officer among them (a lieutenant-colonel) and asked them to get close to the child and look him in the eye. You have nothing to fear, I said. Look him in the eyes. He will not look back at you and will not even see you. The child doesn’t see.

Some whispering took place among them, and then I was told that within ten minutes everything will be sorted out.

Skeptically hoping, we continued to wait.

And indeed, after some unmeasured little while – after an hour one doesn’t bother to count minutes – confirmation came through and all five of us crossed the checkpoint.

The only thing left was to agree on the fare with a taxi driver, share the cost between us, and send the mother and son off with our blessing.

No conclusions here: this is all a ‘security’ guise for inhuman procedures.

In honor of International Woman’s Day I wish to hail Gazan woman. My reasons are numberless.