Tarqumiya CP:
Regarding the elections (tomorrow): a merchant from Idna says to us that he prays that Lieberman will not be elected as, with the Hamas on the one hand, and Lieberman on the other, there is no chance for peace.

An important complaint of those passing at the Tarqumiya CP, to be conveyed to the authorities:
Tarqumiya CP is slower ever since the war and this is not because of those in charge as, rather, because of the checking girls. It takes an hour and sometimes even longer and they are detained in room no. 3 – which does not happen when the supervisors are in the check-up positions, when passage is more reasonable.

Road 35
Private Palestinian cars! A novelty! Normally, its only taxis and trucks.
Not far from the Olive pathway, to the left of the road (heading towards Hebron), there's a big house, three stories high, which is empty and covered with a camouflage net and an Israeli flag. Two neighbours, a mother and her daughter, who speak very little English, tell us that the house was taken over in 2002 and then deserted. A week ago it was taken over again by the army, who left it a week ago once more. During the war (in Gaza) the passage leading to their home was closed down (there's an inner road, on which the house covered by the flag is first, and the women's house, last). We were invited over for coffee, but agreed to return in two weeks' time with A, our translator.

Hebron
The house of Dispute: shut down, deserted and fenced all round with barbed wires.
Pharmacy CP: passage is smooth and problem-free.
Shuhada St.: entirely deserted, but for the soldiers. Depressing, it seems to commemorate the impossible life of all those Hebronites who reside in its vicinity.
Tel Rumeidah: Give'ati soldiers randomly check passers-by. They are worn out and say that it could have been very helpful to them if rotation with other army units were more frequent as their exhaustion definitely effects their patience level. Patience is the most crucial amenity in the CPs. 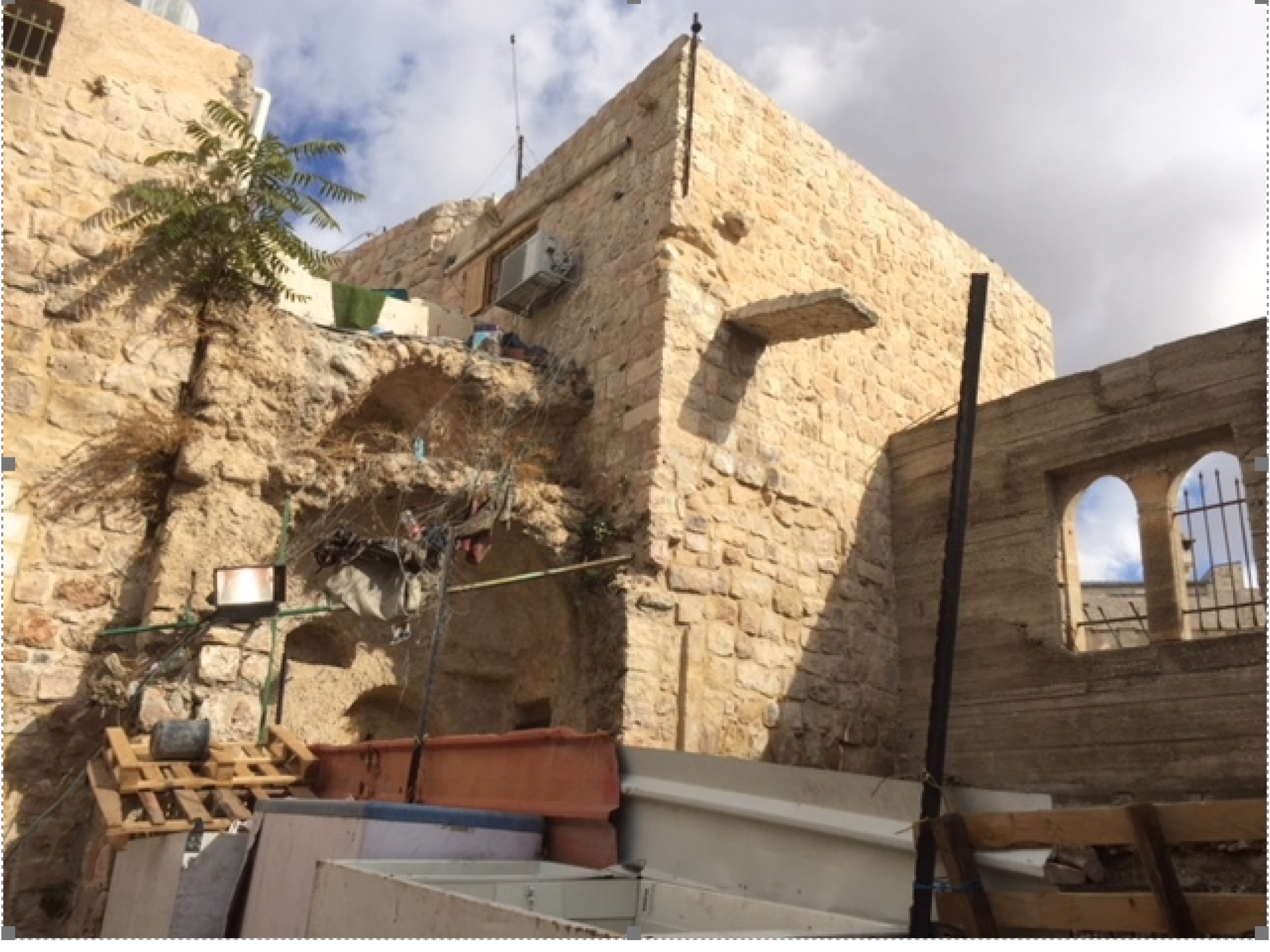