We began our shift at Umm Faqra.

We came to see a man who’d been jailed in Abu Kabir and released without his documents or belongings – of course.

We gave him power-of-attorney forms to sign, which we’ll give to our colleagues in Tel Aviv who’ll go to the jail to get his belongings, give them to us and we’ll return them to him.

Lieberman said that it’s a paradise here.  He must also have been thinking about the Palestinians.

The roads in the southern Hebron hills – Routss 316, 317 and 356 – are quiet.  How much money has been spent on these phantom routes to three settlements and a few illegal locations and outposts.

School is already out; it’s exam time and the children are already playing outside at 10 AM.

A gathering near the Cave of the Patriarchs, at the end of the worshippers route: officers from the DCO and the regional command headquarters, with locals.  We asked what’s going on.  Here’s the story:

Three months ago it was decided to fence and fortify the portion of the worshippers route near the Cave of the Patriarchs and separate Jewish and Arab pedestrians there as well.

The locals, sensing new trouble, requested that a vehicle lane be left between the buildings, for ambulances and the handicapped.  “OK, OK,” said the people from the Civil Administration, and…nothing was done other than installing a green fence and concrete barriers, and separating pedestrians.  Now this “project” is proceeding up the route.

And, on the other hand, the local residents, with the help of experts in restoring old structures, are beautifully restoring their nearby buildings.

“The Lords of the Land” there, who tell the army what to do, were able to have the route widened, narrow the passage for the locals and expand apartheid (cf. photographs).

Today we heard a discussion between the officers and the people carrying out renovations.  The locals asked the Civil Administration for permission to clean up the abandoned area and reopen a crossing the army had blocked, saying that if the route is being widened for worshippers, their side must also be upgraded so that they’re able to move around freely and securely in the area open to them.  A severely handicapped person also lives there who must be allowed to leave his home, notwithstanding the settlers’ security demands.

A low-ranking officer nods politely.  He was sent, along with the regional command’s engineering officer, to make it seem that someone cares.

The resident of Hebron says:  “So why don’t you just put up a sign like in South Africa!”  Occupation, occupation.  But why are the settlers running the army?!

Two little girls walk on the other side of the concrete barriers, on the side intended for Palestinians.  I saw them arrive; they made no mistake.  They immediately knew where to go.  Generation after generation has been born into a life of mistreatment, bullying and denial of rights.

While Israeli pupils touring Hebron are told about Palestinian violence and Jewish victims.

We called some journalists; let’s hope at least part of the story will reach the right people.

On Route 60, on our way back, a little before Beit Haggai, there’s a Palestinian locality called Klilkis.  Army and border police vehicles stand at the entrance; they don’t want to tell us what’s going on.  “Providing security for soldiers doing something connected to water,” they say.  From a distance we see soldiers in a field protecting Civil Administration vehicles dismantling irrigation lines.

That’s that – from now on, the water’s just for Jews. 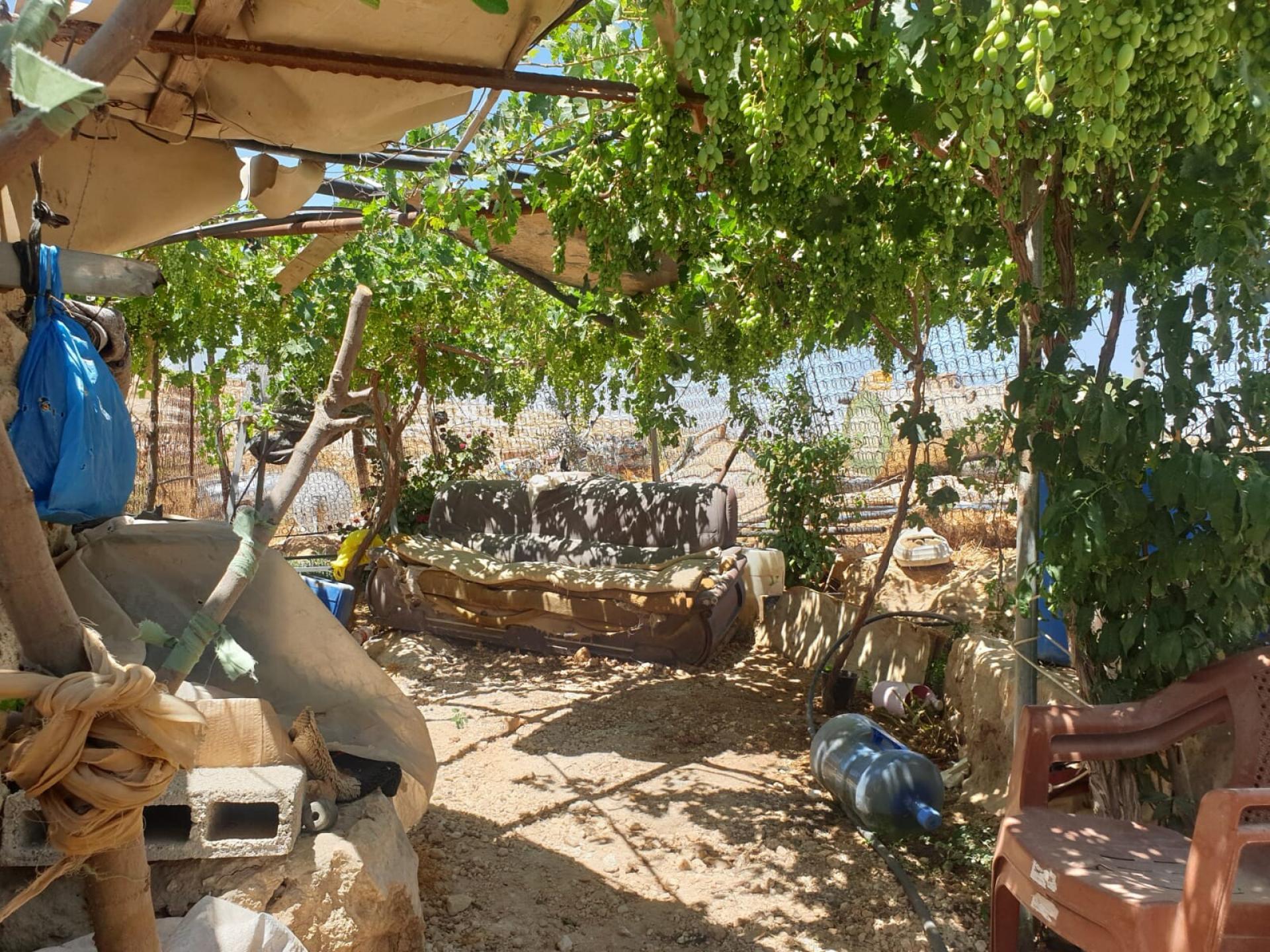