One in front of the other:

At the inner parking lot was a boarder police armored vehicle. On the other side children were arming themselves with stones.

At first the children attacked the corner tower. When no response came, they went to the checkpoint gate and threw stones at it. There they received a response and attention. Armed security men led by a police officer, emerged and locked the gate.

The children retreated for fear of the men in uniform and the checkpoint was shut.

At the surroundings of the checkpoint were silent evidences from the many and frequent demonstration: the weapons of the protesters- stones that had been thrown, and the retaliatory weapon- sewage liquid with a foul stench that pooled inside the cracks in the road.

or the constantly locked toilet stalls.  In that reeking and filthy place the reporters from the German radio station interview us and a close friend of ours from the Gaza strip.

Once the interview was over we learned from our friend about the daily life in the Gaza strip, that ever since Hamas's took control, Israel had been prohibiting the transference of cigarettes into the strip (as was the case up until some months ago with coriander, pasta and other basic goods) and that only Egyptian cigarettes that are transferred through the tunnels can be obtain.

About the growing shortage in fuels, about the daily initiated power outages that last eight hours or more, about how the women are those to suffer the most from this situation. Because once the power is back, at any time of the day- even if it's after midnight- the housewife hurries to turn on the washing machine, the iron, the vacuum cleaner, the oven… day time is day time, and night also becomes a working day.

About the passage through Erez checkpoint, our friend told us about the long waiting time (an hour on a good day) during which the person is at the mercy of voices that come out from the P. A. system and that tell him how to behave and where to turn, about the exposure of the body in front of the scanning cameras and the opaque windows, with only underwear on his humiliated body, and also about the steep price patients have to pay when they are taken in ambulances for treatment in the West Bank or Israel.

-         When evening fell the men opened their Sajadas (=prayer rugs) and carton boards on the filthy ground and kneeled for their evening prayers.

An old and cripple man with crutches and supported by his son, had to minimize the size of his body and sticks so as to cramp himself into the narrow pen leading to the checkpoint, because the mechanizing operating the "humanitarian" gate had been broken for years. 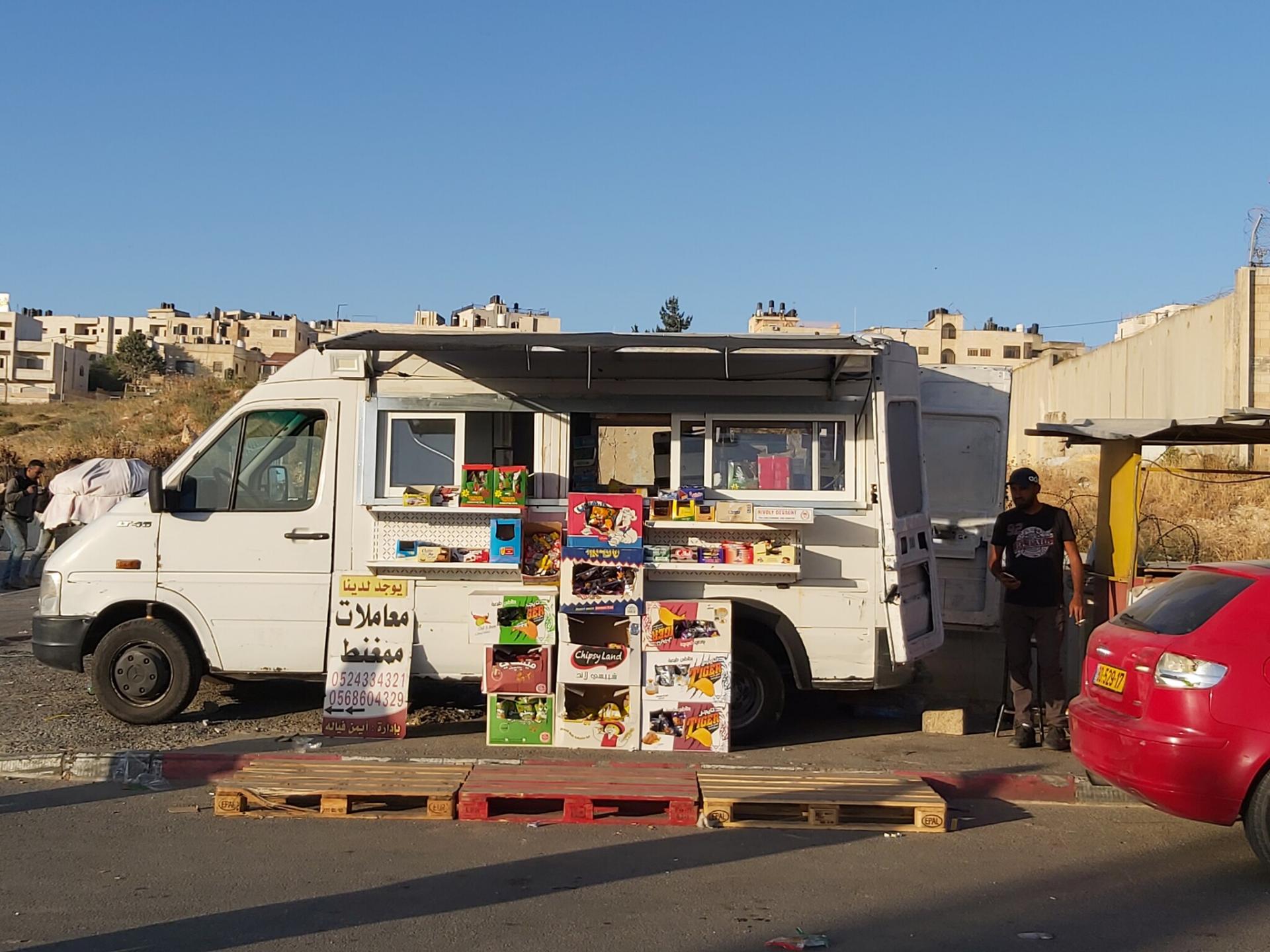 The kiosk in its new-old place