It would seem that the residents of El-Jib village don't hold a good impression of their neighbors from across the fence.

Tens of people huddled up in front of each of the three active inspection lanes are an unexpectable sight for such an hour. After observing this for a couple of minutes it became clear that the reason was the inactivity of the soldiers in the posts. The Palestinians as usual accepted it. They stood silently and waited. From their many years of experience they learned that complaints, yelling and defiance won't speed the process nor will they make things easier for them.

On the northern side of the checkpoint, where thousands pass each day, a market of merchandize and various types of food is sprouting and flourishing. You may find telephones, books for children, sweets, hot and cold drinks and even feed on a Kebab enwrapped in Pita bread.
No one knows how long this commercial "prosperity" will last. Since over here, in the no man's land between the refugee camp and the checkpoint, reality is fragile, inspectors from the municipality with the help of police officers and soldiers might (as has happened numerous times in the past) appear at the site at any hour of every day and destroy the stands, confiscate merchandise and scales, and fine the owners. This is because the dry law states this place to be under the jurisdiction of the municipality of Jerusalem, and none of the peddlers neither has nor indeed will ever be able to obtain a business license.

Taxi drivers continue to speak of the morning routine at Jaba checkpoint, the unnecessary delays and meticulous inspections which lead to tickets. Anything to delay their mergence at road 60- the main road leading to Jerusalem. The stories are the same, only the passion with which they are told differs. Reality and the need to survive turned the Palestinians into some sort of sponge. But even a sponge has a limited ability to absorb, and one cannot predict what might happen when it all becomes too much.

El-Jib
"It all depends on the soldier", said Yunis the owner of the canteen and added that Thursday was a tough day, and that because of a specific soldier who performed the inspections had caused difficulties, the last of the workers passed only at nine o'clock, a time when some return to their homes: "because their working day is ruined".

A shepherd was leading his sheep between the olives trees behind the walls of the checkpoint with the help of a dog who made sure the sheep kept to their places. "It's a Jewish dog", said the shepherd with pride. The young men that were present apologetically explained that the shepherd didn't take the dog away from anyone, but had received it from someone who lived in New Givon when it was very small, that he didn't do it take it without permission, that he took care of the dog and fed it, that the dog was his…
The phrasing of the explanation made it clear that they were worried that the two Jewish women might take the dog away from its owner. And when Aya presented herself before the shepherd and asked what his name was, he was puzzled and asked: "do you know I'm an Arab?"
It would seem that the residents of El-Jib village don't hold a good impression of their neighbors from across the fence. 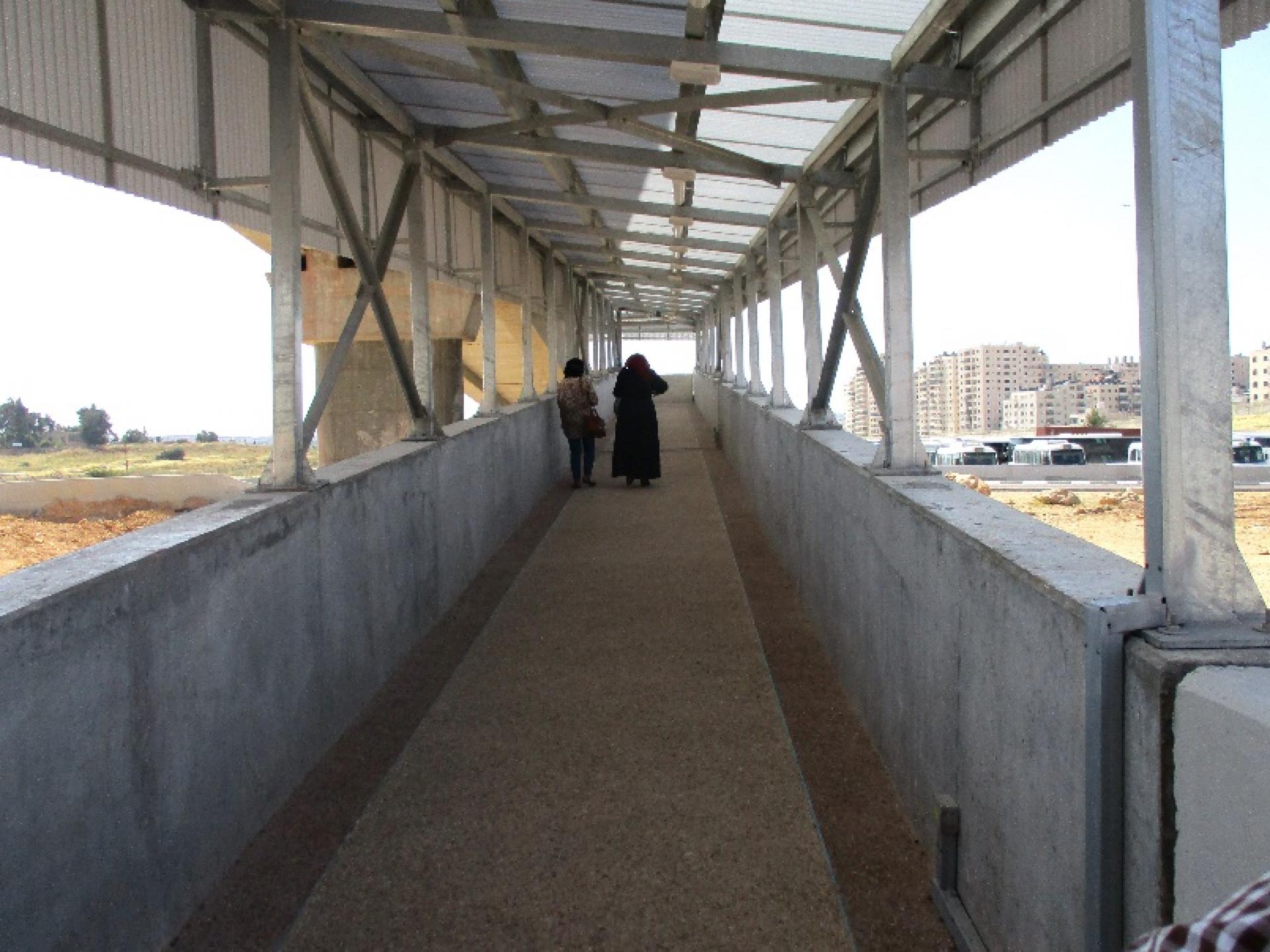 The bridge over the vehicle barrier 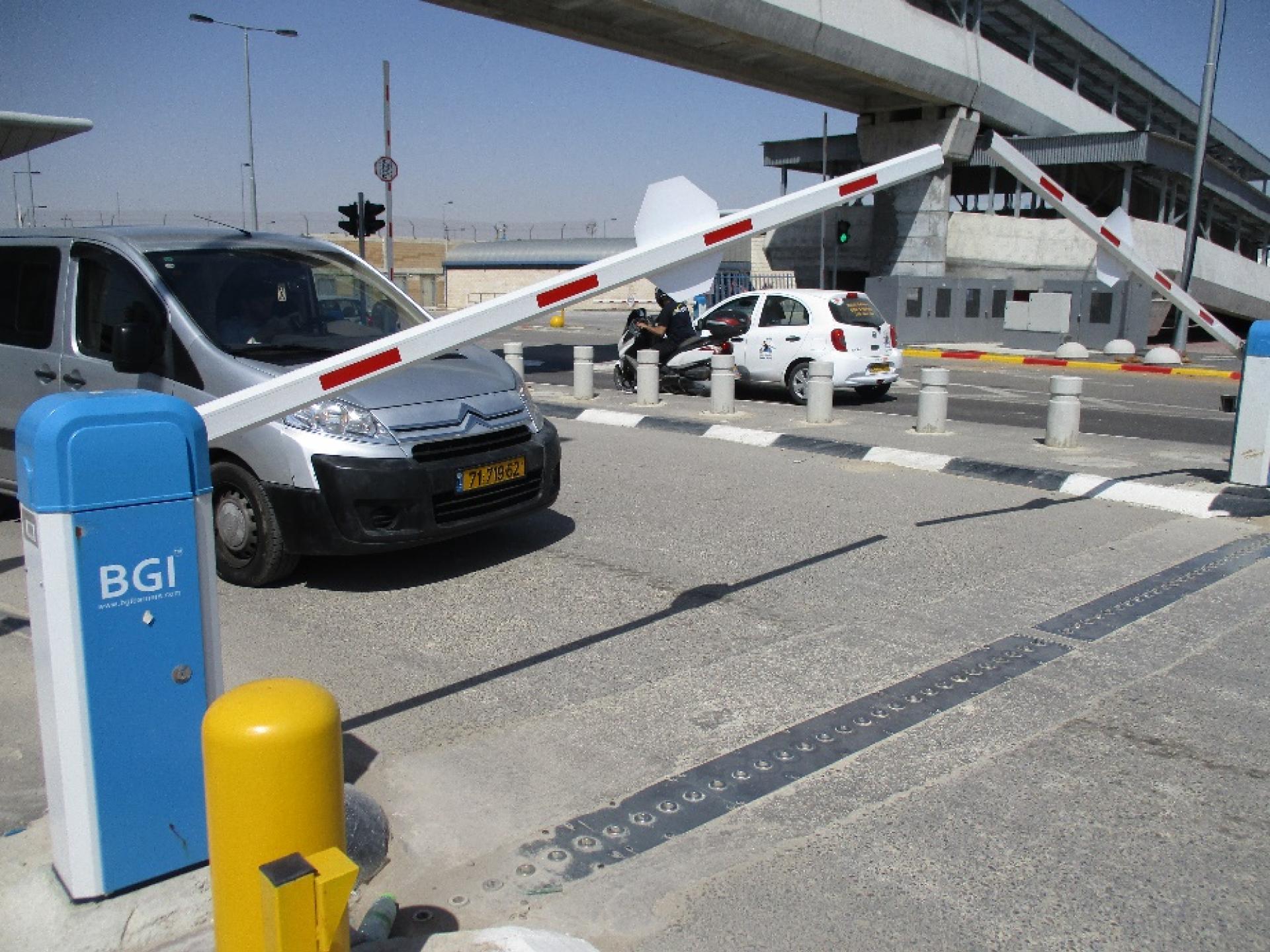 The vehicle barrier has been upgraded 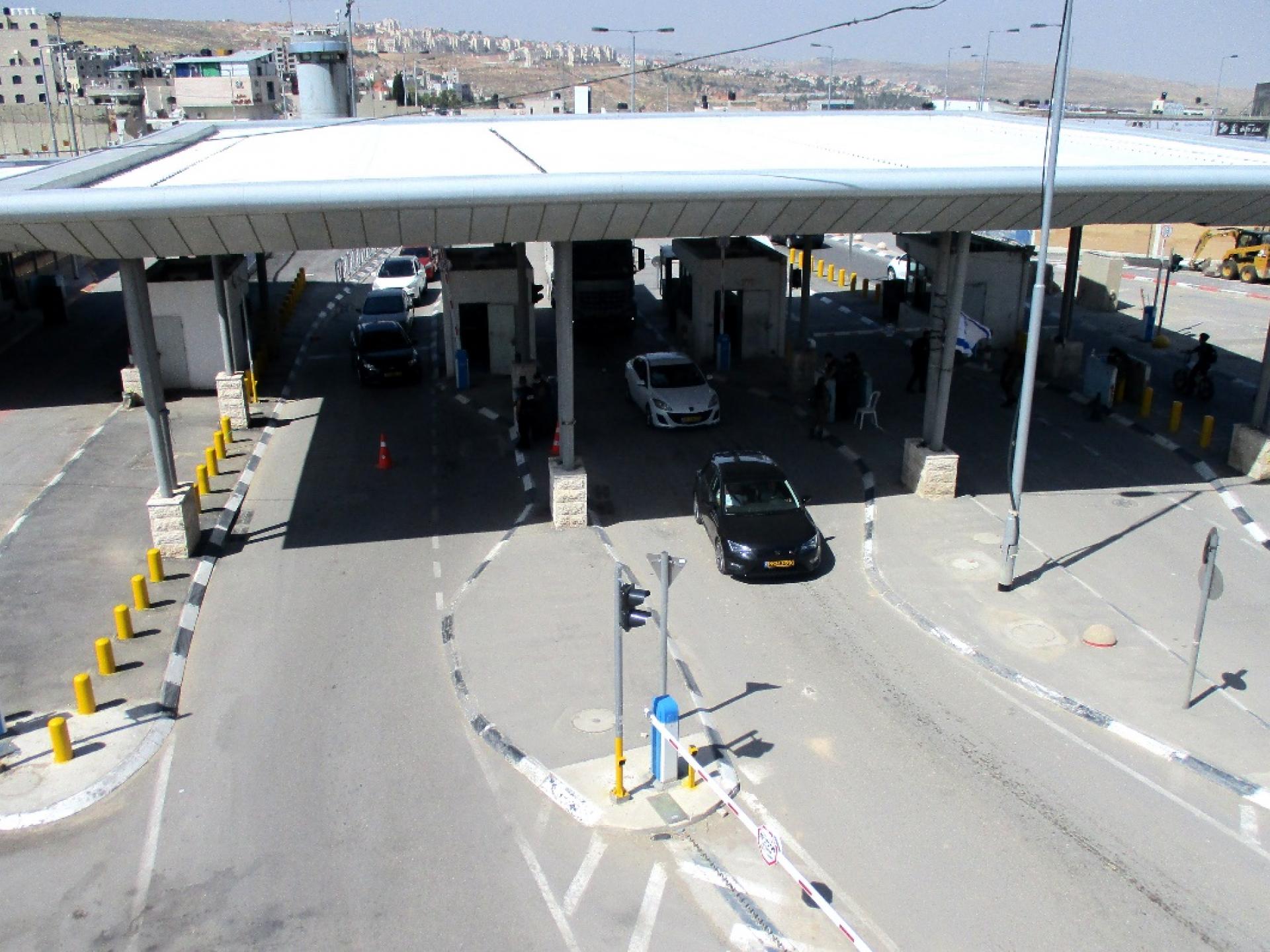 Great view from the bridge's elevation to the barrier below