Third Friday of the Ramadan

"Not yet fifty" was the key phrase.

On the morning of the third Friday of the Ramadan all the rule regulating the passage had changed: the criterions were more severe and all praying permits were cancelled. Fifty was the minimum age. Those younger by only a couple of days, men as well as women, with or without permits, were declined passage. Several hours later (at eight o'clock according to the officers), after the thousands that had wished to cross the checkpoint during the morning hours left in desperation, this "equality" between the genders was lifted and only the usual rules regarding women were implemented.

Two different groups were there, the group inside and the one outside.
Various military unites were inside, in the sterile

zone, protected from grenades and rifles in the fortified site that was barricaded by metal fences, cement blockings and barbed wire.
While outside, surrounding the site, were thousands of men, women and children that had gathered from all around the West Bank, asking to realize the promise made by the sovereign who is obligated to protect the right for freedom of religion.
Order, discipline and hierarchy controlled the inside group, while the outside group was controlled by surprise, rage and chaos.

People who had just a couple of days earlier received signed permits from the authorities that were to be used on that day, witnessed how the same hands that gave them their permits, denied both it and them with a simple hand gesture and a rude voice.
Many men who up until the previous night were old enough to cross, had that morning become a threat, they ran helplessly between the gates

, holding their documents out as evidence of their right, trying their luck for the second, the third and the fourth time.
But the gates and cracks were tighter than ever. The sterility was backed up with fishers' nets (in the military lingo) and almost no loopholes were to be found. The few, mostly teenage girls, that managed to slip passed the first row of soldiers, were caught soon enough and sent back through the "gate of the denied" which was a kind of "revolving door".
People from east Jerusalem found it hard to get back home: "not yet fifty" was the key phrase…

Among the people who were trying their luck was a person who two weeks earlier was framed by the soldiers, an event which we witnessed. The person told us that at the beginning he was taken to the police station at the checkpoint, from there he was transferred to Atarot and at the end of the day he found himself incarcerated in Ofer. In the mean time, while making their way from one place to the other, the people transferring him beat him. It was only on Sunday, two day after his arrest, that he was released on a 5,000 Shekel bail.
The link to the video documenting the event:
http://www.mahsanmilim.com/ramadan2011.htm
Two of the senior officers that commanded and supervised the event had a conversation: "Lots persons who are illegally staying in Israel cross here!..." said one to the other and they both nodded. Worried in face of the many people cramped up and the few that managed to pass, when the only criterion was the age specified on the person's ID, they didn't seem uncomfortable nor did they seem to dwell on the absurdity of the sight before them.

As the hours passed and the hour of the prayer in Jerusalem approached, the checkpoint was closed to elder men as well. It was the hour in which even the person's age didn't matter anymore. At the eastern side of the site, those who stood at the men's gate keeled on the ground and prayed in front of cement bricks, barricades, barbed wire and heavy machinery, before the eyes of the soldiers who saw and ignored this.

Usually, at that point the laws regulating the passage are once again as before. However, this wasn't the case on that Friday. Closure

was the regulation that faced those who waited for it to be noon, so that they could cross with use of their permits to Jerusalem. They were denied and sent home in shame, with a sound of the fortified soldier behind the front window, screaming at them. 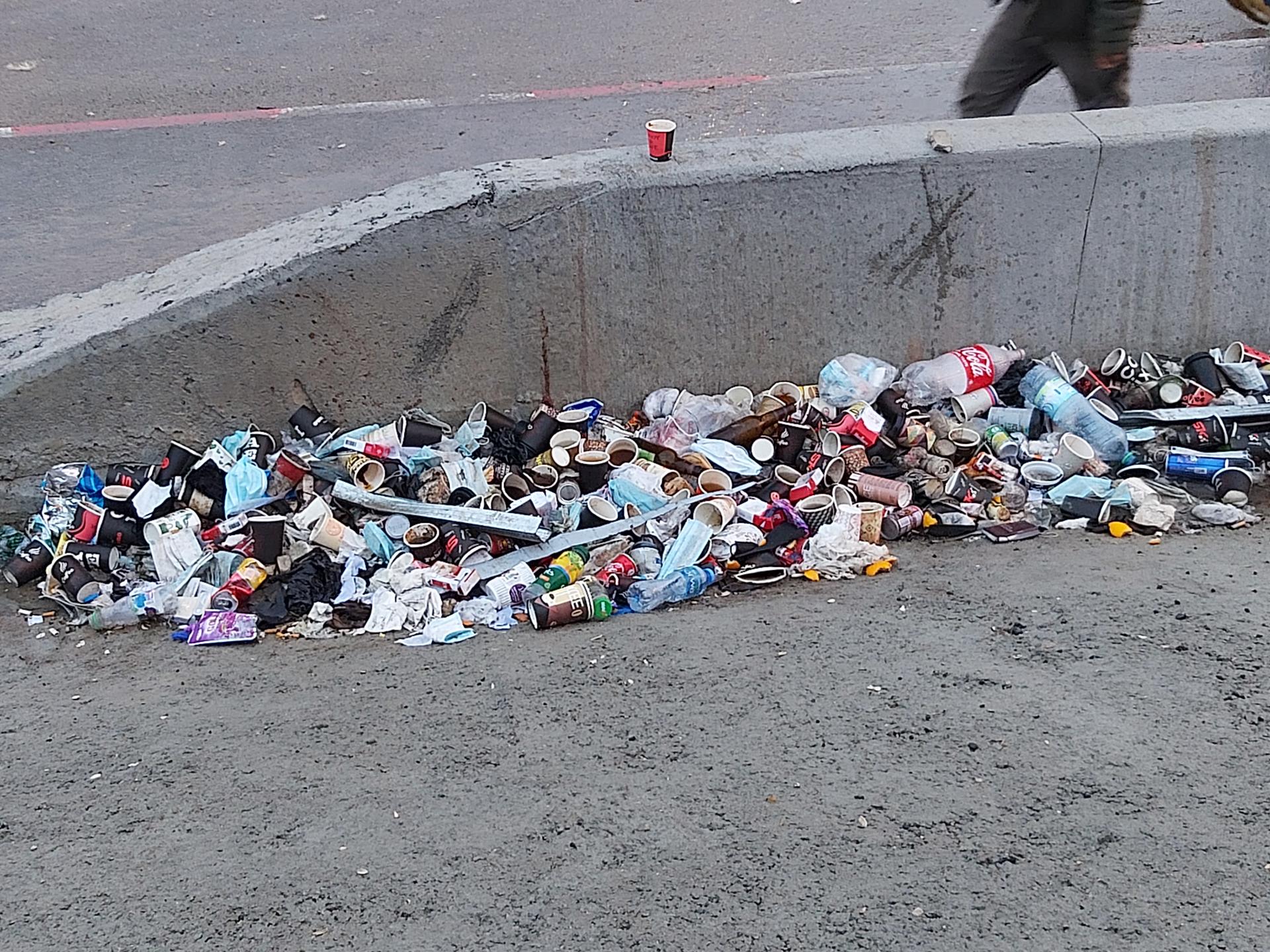