On Route 60, coming from Tarqumiyya, instead of turning right toward Kiryat Arba as we usually do, M., our driver, noticed a lot of activity in the field a few dozen meters after the turn.  The house and field belongs to Atta Jabbar.  It's his bad luck to live right below the new houses of the Nofei Mamreh neighborhood that is under development.  His house and field have become "impediments" to the development of Kiryat Arba.

We went over to see what was happening.  A large truck-mounted crane was parked on the road, and laborers (apparently locals) were loading a large quantity of irrigation pipes - kilometers of disassembled pipes - that they're dragging out of the well-tended fields of lovely squash and the grapevines above.  They're going back and forth and bringing more and more pipe...

A few dozen people are on site in addition to the laborers: about 20 Border Police soldiers (including at least two officers), as well as photographers who are documenting it all.  The photographers are from Reuters, EPA - Europe, CPI - Christian Peace Initiative, and maybe others as well.  Representatives of the Civil Administration are also there, overseeing the operation, and to our question replied unwillingly that "the family's stolen the water from Kiryat Arba and the neighboring villages."

While this was happening, a girl is crying bitterly into her handkerchief, and then her mother (or grandmother?) is led, half-fainting, by two Red Crescent paramedics to an ambulance that someone called.  The girl burst into heartrending sobs and ran after the evacuee.

The men of the family stand helplessly watching what's happening.  They tell us they're brothers who live in the house which has been there for more than 400 years - Ja'oudi, Yasser and Yousri, members of the Jabbar family.  Half an hour ago people showed up unannounced and began the "operation," and also threw a percussion grenade that injured the woman and a little boy.

They say they have permits from Mekorot for the water, and aren't stealing it.  Three months ago the washer joint was leaking, and even though they notified Mekorot no one came to take care of it and sent them a bill for NIS 600,000!  Finally they came and remove the water meter.

They say the settlers want to take their lands from them so "we'll leave."  They also throw rocks at the house from the new buildings higher up that are being built at the entrance to Kiryat Arba.  Those buildings are right on the border of the stone wall just above their homes.

We informed Michal of what was happening.  She called Shlomi Eldar and Ehud Hemo, the TV journalists.  They said they were busy preparing other reports and unfortunately won't be able to come, but will try to interest the editors...Michal then contacted Yesh Din; they explained their limitations, said they're in contact with the family and will continue to do so.  The incident apparently wasn't interesting enough for any Israeli media to "cover."  But at the same time the Israeli media was covering the family of the policeman who had been murdered while on patrol in the area, and also at the Cave of the Patriarchs and the Hebron police station.

We witnessed a very difficult sight, but there was nothing unusual about the rest of our shift:  there are already five prefabricated structures at Giv'at Avichai, and a stone house under construction - maybe belonging to the "settlement construction" day camp?

Curve 160, Pharmacy, Tarpa"t, Tel Rumeida - all these checkpoints are manned by Naha"l soldiers and appear calm; up on Tel Rumeida we see from afar - a group of religious women tourists?  (We're never allowed up there!)

The Cave of the Patriarchs is quiet; ‘Abed is welcoming, as usual; there's a very nice Border Police soldier who makes sure to place a detainee in the shade. 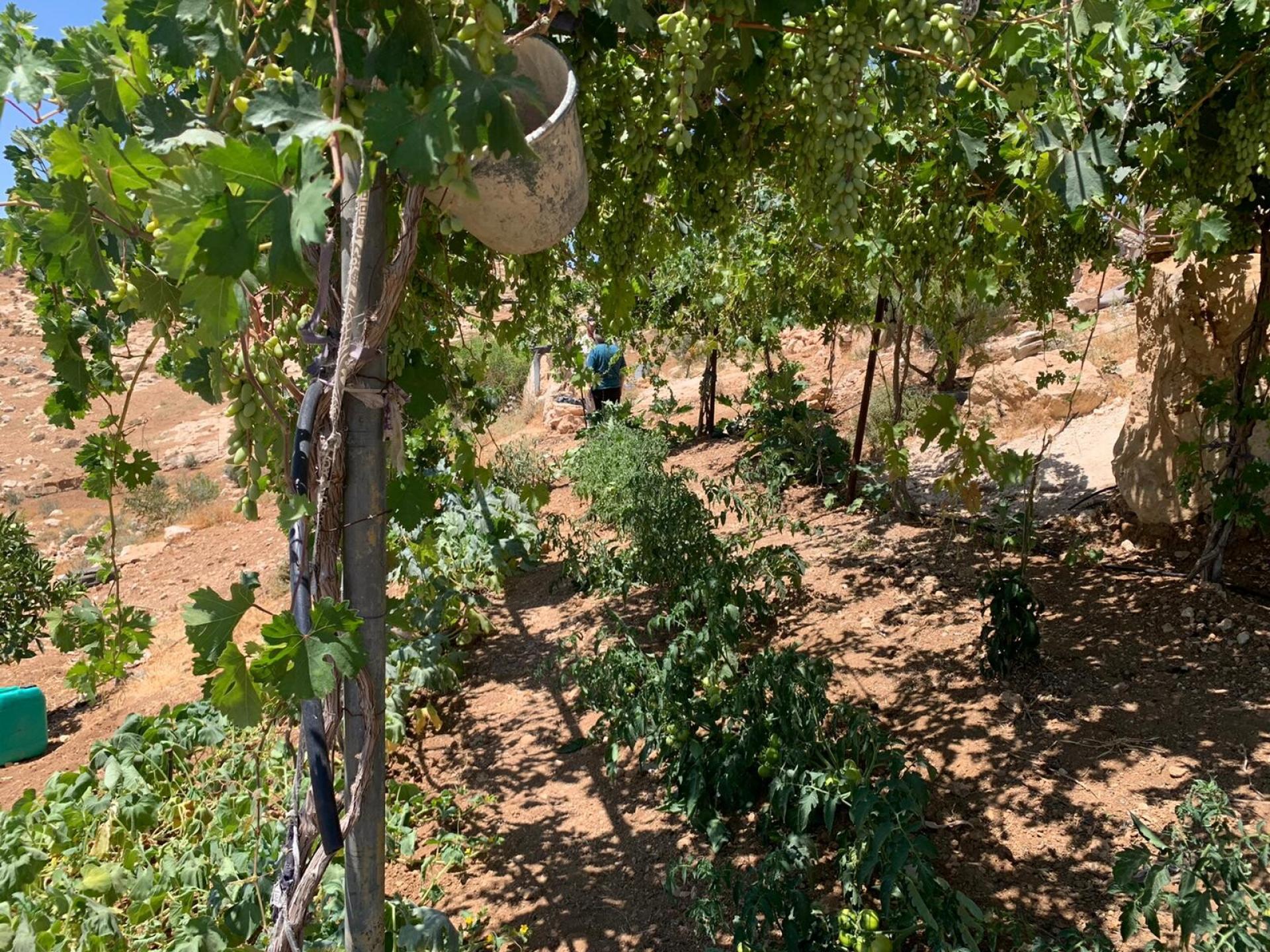