Sansana–Meytar crossing
At 6:40 AM there are few laborers in the corridor. Most of the laborers on the Israeli side are waiting for rides and keeping warm at bonfires. A bus with relatives of prisoners on their way to visit. As usual, a police car is present.

Routes 60 and 35
Almost no vehicle traffic. Huge new Israeli flags on all the pillboxes on the roads in the area:  Dura Alfawwar, the Sheeps' (Kvassim) Junction, Bani Naim–East, Zif junction, Beit Kahil, Halhul-Hebron bridge, the humanitarian checkpoint, Idna-Tarqumiyya and the pillbox next to Beit Anun. The army bulldozer renewed all the earth barriers on the section of the road from Beit Hagai to the Qiryat Arba entrance. A police car is parked at the humanitarian checkpoint, stopping cars – the police are operating as usual, fines, etc. An army bulldozer accompanied by a jeep clears piles of garbage on the roadside a little before the Halhul bridge.
Gates

removed:  Though the gate below Beit Hagai has been removed, you don’t have to worry – the roadblock is still in place. They replaced it with huge boulders. Now it’s completely impossible to go through there, because you need a bulldozer to move the boulders. The gate to Bani Naim East has also been removed – and the Palestinians themselves erased the graffiti on the stone – it said, “Death to Arabs.” At the entrance to Hebron from Route 35 – opposite Beit Kahil – a gate was removed and no other roadblock replaced it. Cars leave and enter freely.

Route 365
Zif junction: soldiers at a flying checkpoint. It’s about 10 AM, but since traffic is very light – so the checkpoint isn’t much of a problem – but the harassment and the continual requirement to demonstrate who’s in charge here is as annoying as ever. At the grocery store they tell us that the flying checkpoint isn’t set up on a regular schedule…sometimes at night, sometimes twice in the same day and sometimes three days pass without it.  In short, the regime of uncertainty operates as usual. We also meet Ezra there, who tells us that he’s on his way to Umm al Hir, to help people there in their confrontation with settlers from Mitzpeh Ya’ir (an illegal outpost).

Hirbata Tuwwani:
Yesterday Hannah Barg told us there had been problems at Hirbata Tuwwani, between settlers and the army and residents of the village, so we went to demonstrate solidarity and to hear from them what happened. The events occurred between eight and ten-thirty in the morning. Two army jeeps (Golani), along with the white pickup truck belonging to the local security coordinator – Gedalya Lechfer – arrived from two directions.  One from below, from the Avigail outpost, and the second from below, from the Ma’on farm. 10 soldiers, including two officers. They got as far as Nai’m’s house, at the edge of the village toward Carmel. They entered the pens in Na’im’s courtyard and ran around like mad; it was impossible to talk to them. After the soldiers and Gedalya left the first house the officer said that he’s calling the police, and Gedalya apparently called other settlers for help. Four Subaru’s and one Fiat Uno arrived – a total of 15 settlers. They then entered the pens belonging to another house. The settlers ran around like mad in circles and tried to enter more homes. All the men of the village showed up and prevented them – without violence – from going into other houses. At the same time they called the police, Hannah, and anyone who could help them.  The army got scared and used tear gas – the army and the settlers acted together the whole time, and the latter began throwing rocks at the Palestinian homes, at the women and the children. The army commander also called for an additional large military vehicle to transport people arrested. One of the settlers beat Na’im’s brother – his photo appeared today in Ha’aretz, in Amira [Hess]’s article. When Gedalya saw that the police were on their way he went down to the main road and delayed the patrol car, so the settlers were able to escape in their vehicles before the police arrived. Some of the settlers went down to the main road and three rocks on Palestinians driving on the road and on pedestrians. CPT representatives resident permanently in the village photographed everything that happened. Today the residents of Hirbata Tuwwani went to the police in Hebron to submit a complaint, and G. went to the Military Police and submitted a complaint against the officer. G.’s family said that two weeks ago the same soldiers harassed and beat their children. G. thinks the soldiers are settlers in uniform.
Some conclusions, wonderings and difficult questions arise from this story:

You could think of many more questions – but we’ve already seen this movie… A wild west with a gang of lawbreakers to whom everything is permitted and no one does anything other than cover their own asses. They covered their asses. While we were there – a van full of policemen – all of whom I know and they all know me – all of them from the Cave of the Patriarch’s police station, headed by A., the station commander, came to hear the story and find out what they could do. During the visit Na’im called from the Hebron police station at Giv’at Ha’Avot and told us that he’s waiting for over an hour outside the entrance there but isn't let in. And A., the station commander, asks me whether I’m not the one encouraging the Palestinians in their opposition, and that if I hadn’t been there everything would have been ok – not in exactly those words, but that's the essence of it. As usual, we were received happily. We drank tea and coffee, and it was very important to be there – the police promised to respond more quickly to phone calls from Palestinian citizens – If only we could believe it…and they also asked me whether I’m still afraid of Anat Cohen. 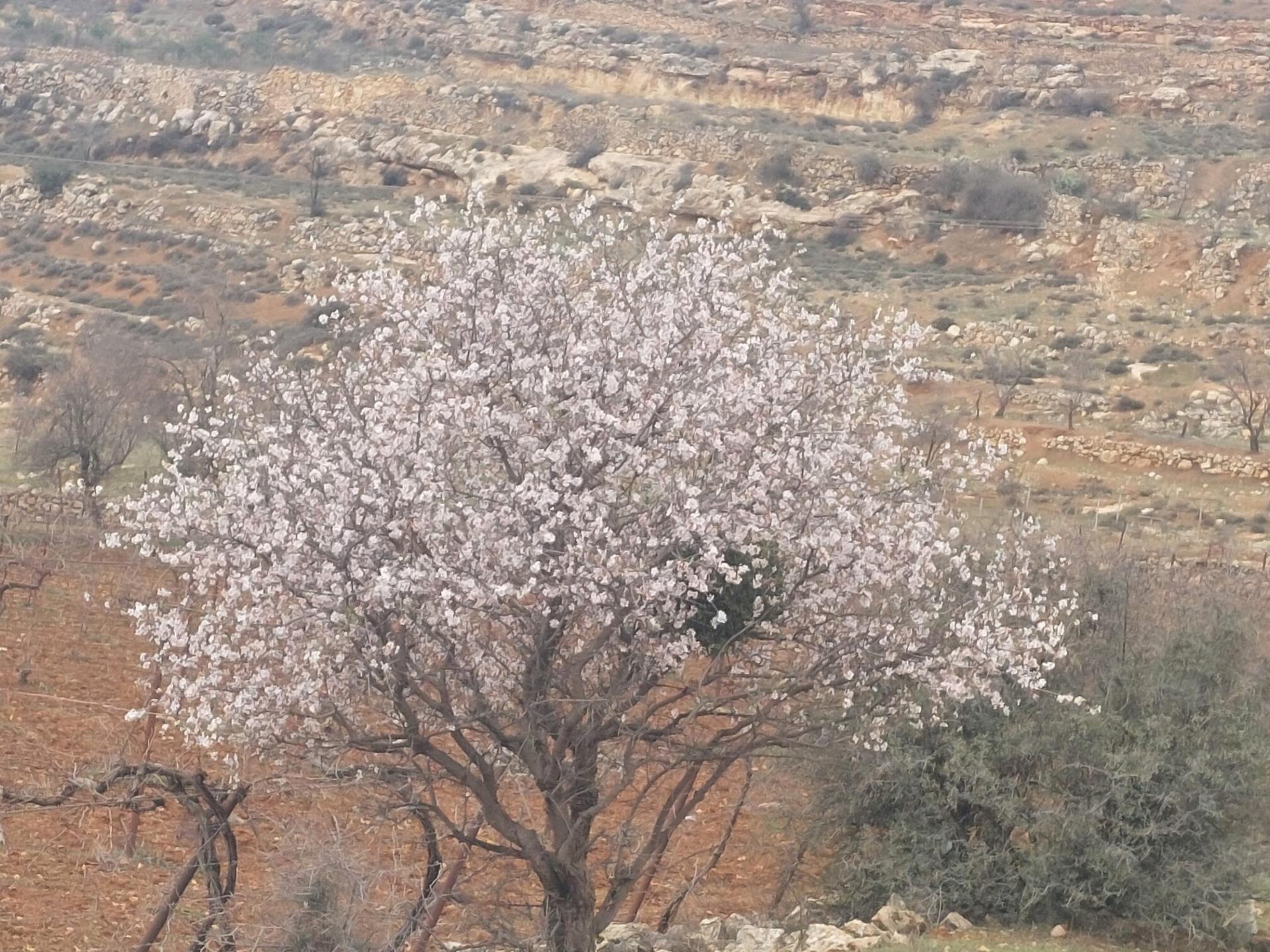