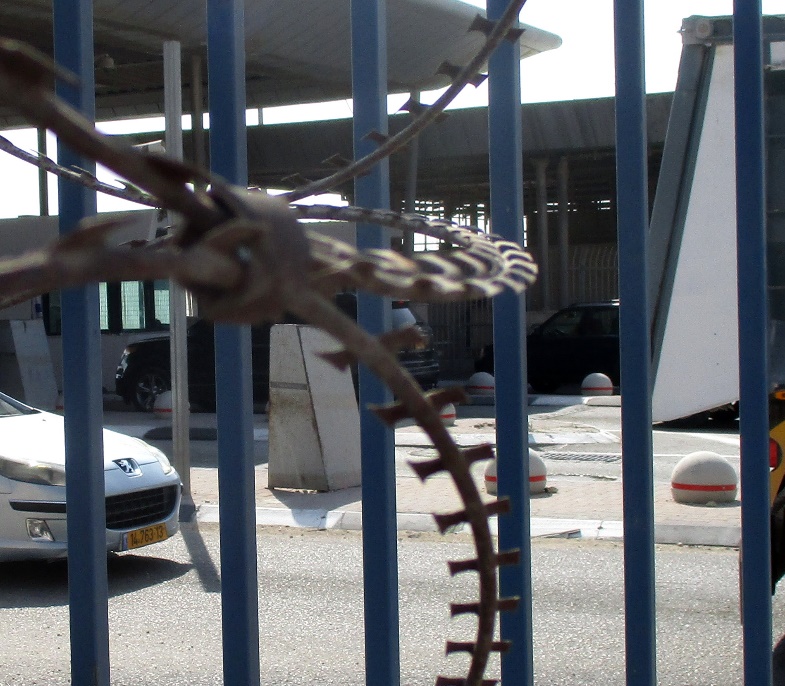 Near the concrete circles, that’s where she fell when she was shot, told us a fellow who witnessed the shooting of the young woman who entered the checkpoint through the vehicle lane last week.

They shouted at her that this was forbidden but she either did not hear them or didn’t understand and continued. Then five shots were fired. Three in the air and two at her legs. And there, near the concrete circles, she fell down and lay.

After 15 minutes an Israeli ambulance arrived and picked her up, Raghed Shu’ani.

Thanks to Nitza Aminov for completing the information.

The patient has already been placed inside the ambulance. All that is left for the two teams to do is fold the stretchers, close the doors and leave the car-park on the Palestinian side of the checkpoint. 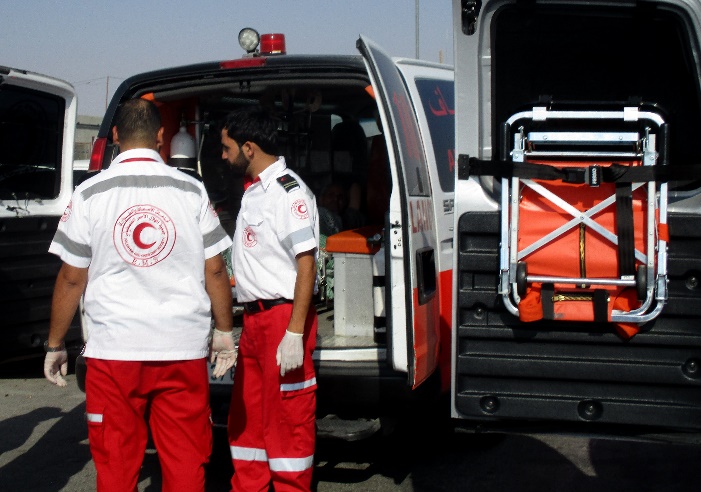 In between we heard that the man is in critical condition, a cancer patient treated in hospital in Ramallah. But because there is not a single machine for radiation treatment in Palestine he was transferred to Augusta Victoria Hospital in East Jerusalem, because there, in Jerusalem, under Israeli territory, there are two such machines. There he received the treatment that was denied him in the West Bank. And now he is being returned to hospital in Ramallah.

On Thursday the Israeli army closed off the entrances to Hizme Village.

Soldiers are present at the main entrance everyday-all day. Sometimes they inspect passersby, sometimes they rest.

The exit to the Jericho road is closed – no car is allowed in or out. 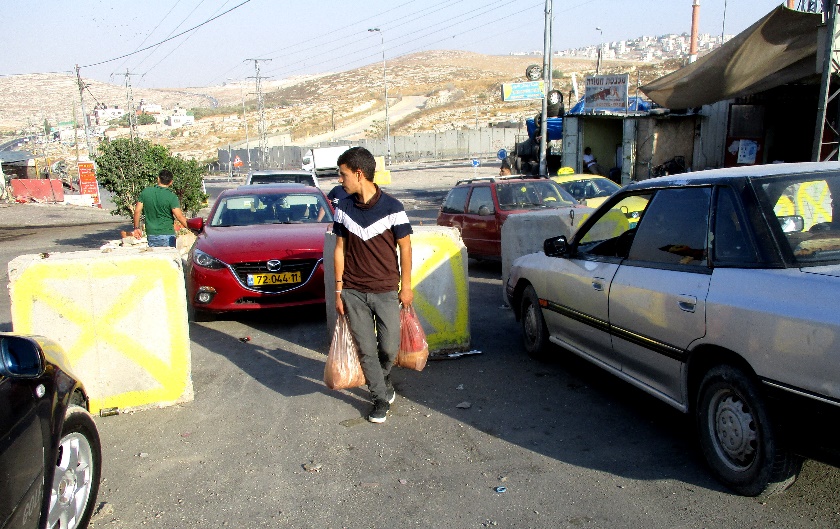 “It’s been four days already and I haven’t earned a single Shekel”, said the car wash manager. “They throw stones”, said Itai, the lieutenant who commanded the soldiers, sounding the excuse for collective punishment. Stones or no stones, the thing that scares soldiers most is the camera