Early in the morning Shimon Peres dies. Shall we go to the village? Shan’t we? We went there at noon. On the previous evening the headmaster of the school who is also the father of three of our girl students, talked to us on the phone and expressed his wish to talk to me about problems that have arisen in the village.

Dalia and I decide that she would open the meeting with the joy of knitting. In the mean time I will talk with H.A. and then we shall go on to English. Today they will for the first time get acquainted with a Beatle song.

We sat in the room of the Head of the village who wasn’t present. His son sat, instead of him at the head of the table. S., who is desperately waiting to receive a work permit to Israel was also present.  Maybe this week.

It has been already two nights – on Tuesday and Wednesday, that about 8-10 jeeps entered the village around ten o’clock at night. They set up checkpoints at three intersections for about two to three hours. They checked and interrogated persons who tried to enter the village or leave is, tried to find out whether they saw somebody running away. The explanation for the checkpoints: somebody threw Molotov Cocktails on the main road leading to the village. A curfew was imposed. The Palestinians who wished to return home tried their luck to move on a dirt road but the army saw them and immediately set up a checkpoint there too.

The three Palestinians seemed very troubled. This hasn’t happened before. The village is known as a quiet place. All they want is to find a means of income for their family and to live at peace.

All three saw what was happening from the village above and heard about the events like many others from the local information system. Since then all is quiet.

Attached is a map which was sent twenty days ago to the council of As–Sawiyya from the Palestinian DCO  Uda Al Katib who received the map with an accompanying letter from the DCO of Judea and Samaria.

The letter describes a plan to confiscate lands of the village, very near to the Rehelim Settlement, and to build on them a national park, a lake, roads, an industrial zone, which will serve the settlement. In addition, a road which will connect the place to Ariel will be built. On the map the areas that are intended for confiscation are marked in red. The lands are of course the property of the inhabitants of the village.

A delegation of 15 villagers went to express their opposition at the Beit El DCO. And here the saga of the village, in the grip of the occupation, only begins.

In order to see the map more clearly on can enter www.pnim.gov.il. 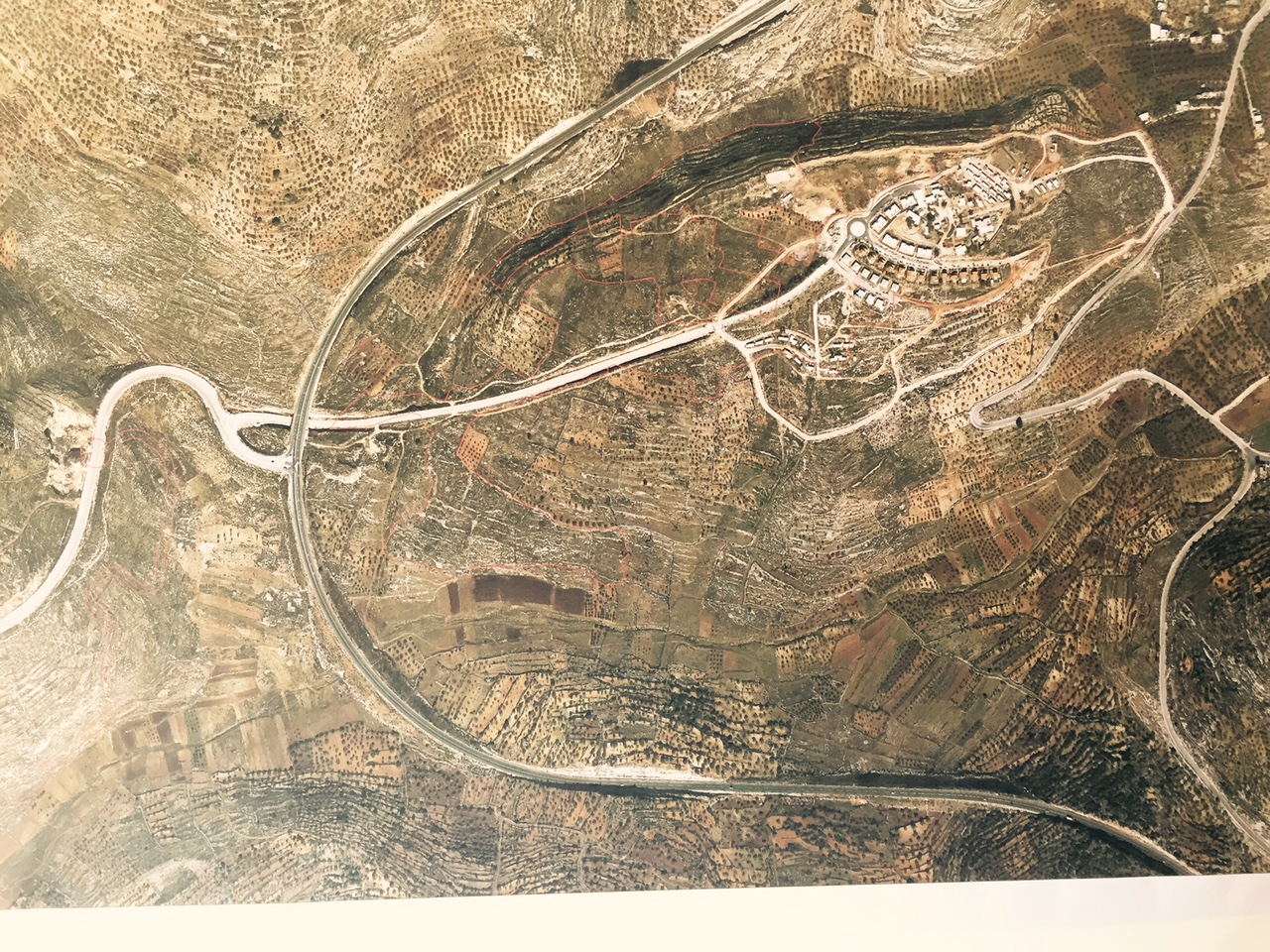 It is important to point out that this was information given to me by three villagers. I didn’t check the information in any other way. A copy of the letter will be sent later. It remained on the table of the Head of the Council.

Located about 18 km south of Nablus.

The population of the village was 2,904 in 2016. In 1983, about 400 dunams, on a hill about a kilometer south of the village, were declared "state lands" and the settlement of Ali was established on them. Over the years, the settlement has expanded to additional lands privately owned by the villagers, and nearby villages in an area of about 1,000 dunams. Only in 2013 was an outline plan prepared for Ali, in which hundreds of illegal structures were approved in its territory. In 2017, a synagogue was built in the Ali settlement, in violation of the law without permits, outside the legal territory of the settlement and on private Palestinian land of a-Sawiya residents.

Over the years, the settlement has expanded to additional lands privately owned by the villagers, and nearby villages in an area of ​​about 1,000 dunams. Only in 2013 was an outline plan prepared for Ali, in which hundreds of illegal structures were approved in its territory. , Outside the legal territory of the settlement and on private Palestinian land of the residents of a-Sawiyah.

Checkpoint Watch companies have been in contact with the village since 2007. They document the checkpoints, the settlers' violence, the sewage problems flowing from the nearby settlements and outposts, and even held knitting and English lessons with women in the village. Even during the Corona we were in telephone contact to help the plight of the residents.