Justice, justice is what the new graffiti cries out, wounded by rifle bullets.

Say something about justice to the Gazan woman, a patient released this morning from a Nablus hospital. The doctors’ prognosis that was given for obtaining the necessary permits was that she would only be released tomorrow.

“She has been sitting here for hours”, people said.

She continued sitting there with all her packages and bags and waiting even though closing time at the offices was already past. She was hoping that perhaps…

“Nothing can be done. Her permit is for tomorrow, let her come tomorrow”, I overheard someone saying when I gave her personals over the phone, as well as “She was allowed to come to hospital in the West Bank even though she is an illegal alien and denied entry into Israel by the Shabak (secret security services)”.

I never got an answer to the question how the category “illegal alien” aligns with the fact that the woman has a signed and valid permit to exit the Gaza Strip and return there. Apparently the person I asked does not bear the responsibility. I have nothing against the person behind the voice, he only read what came up on the computer screen, and has no authority to alter co-ordination details and dates. He, like everyone over there behind the telephones and secured windows and inside the uniforms and behind the rifle sights, are all well trained and adept at following orders and carrying them out.

But what should the woman do, who is barred until tomorrow from going home, and has no acquaintance or relatives in the West Bank? And with all that baggage which she bought to make up for the shortage of supplies at home – who would take her and where to?

Where should she pass the night? 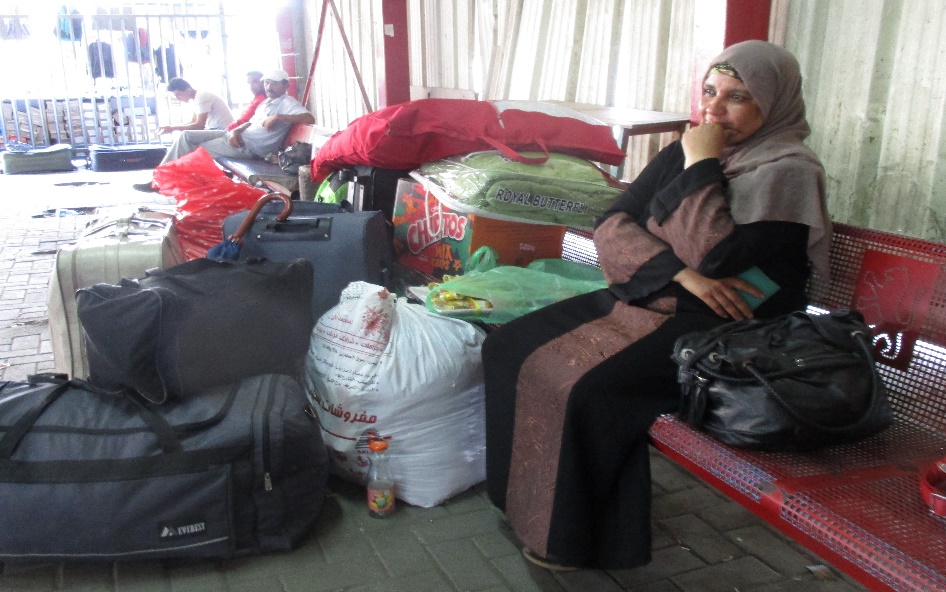 “I’ll wait here for morning” she said, and remained sitting on the bench at the entrance to the waiting shack at the checkpoint entry.

Go ahead and speak about justice as well to the young man who came to the Binyamin Police Station on Friday to lodge a complaint about a stolen car, and within minutes turned from plaintiff to the object of a complaint himself.

“You’re on the wanted list,” told him an interrogator called Nasser and transferred him to the Neve Yaacov settlement police station.

Since then al l contact with him has been lost. He doesn’t phone nor answer calls. As though he has vanished off the face of the earth. No one knows where he is nor what has happened to him, and his ill mother is going mad with worry.

On Monday the lawyer hired by his family has notified them that the young man will be released that evening, but a sum of 5,000 NIS must be deposited as bail.

The family, having no idea what the charges are, why he is arrested and where he has been since Friday, has hurried to raise the ransom for their beloved one’s (temporary?) freedom. 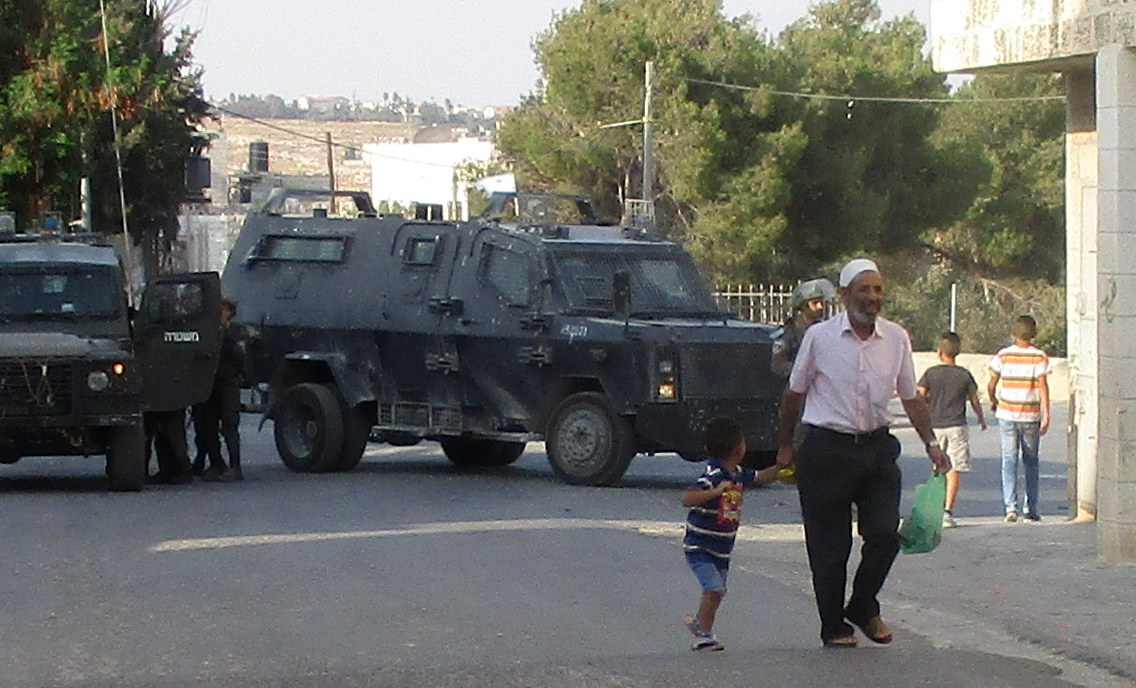 For over a month now, inhabitants of Hizma have been living with the oppression of an omnipresent military rule. The village entrances are blocked with concrete slabs and people have been going mad, their security entirely shattered.

Inside the village both the army and the Border Police have been conducting violent patrols, daily incursions, body searches and arrests.

The road next to the girls school in the village center has been blocked by Border Police vehicles, IDs have been randomly checked and the owners’ data noted.

From the distance I assumed they were checking only bearded men. However, on closer observation and having joined the list of inspected persons I realized I was wrong. They do not discriminate against bearded men versus non-bearded persons, and I must admit (in the authorities’ favor) that the treatment I myself received was no less brutal or verbally hostile than that which the villagers have been getting.