Aanin checkpoint: the harvest stopped for one day | Machsomwatch
Skip to main content
Back to reports search page

Aanin checkpoint: the harvest stopped for one day 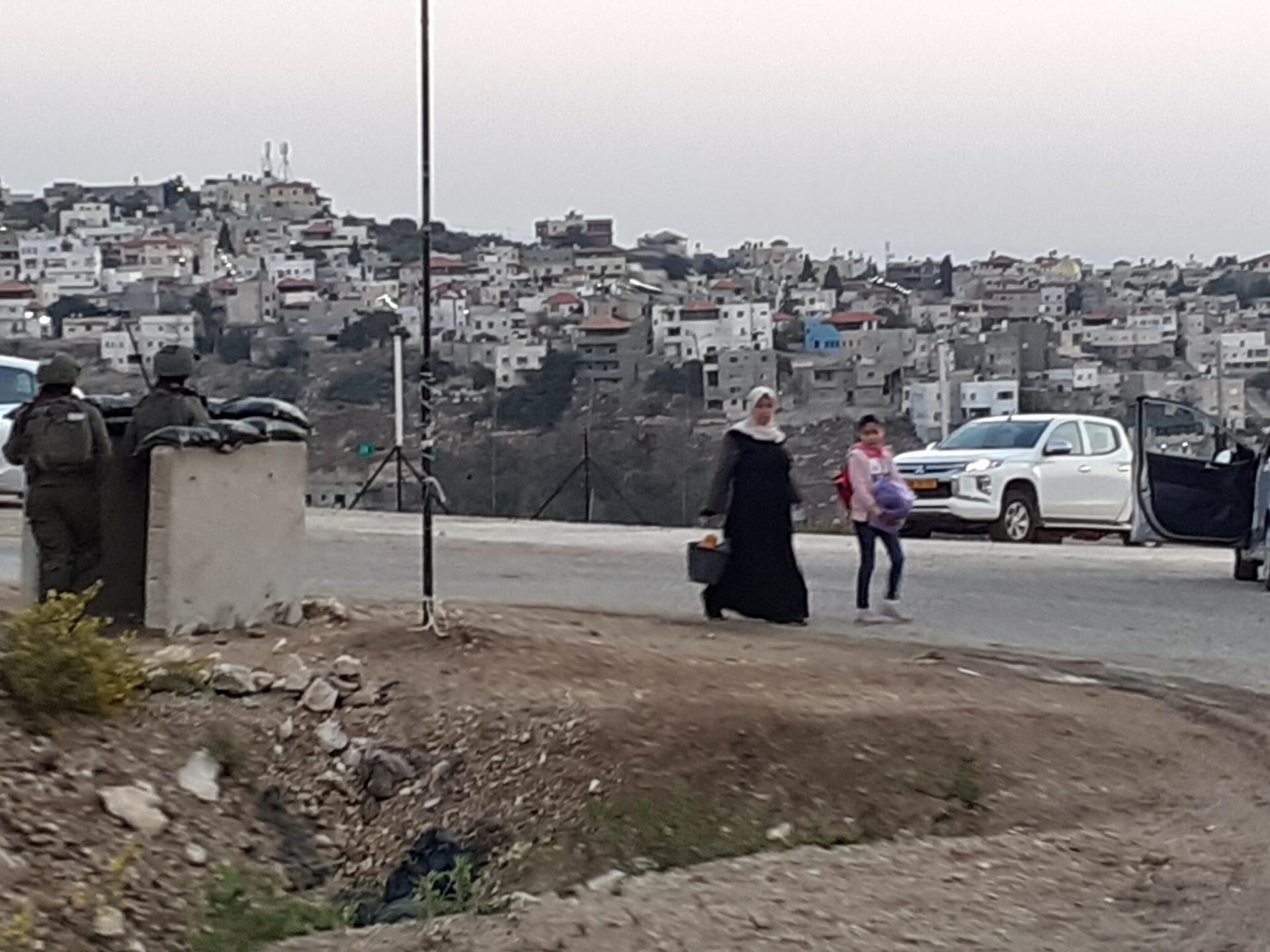 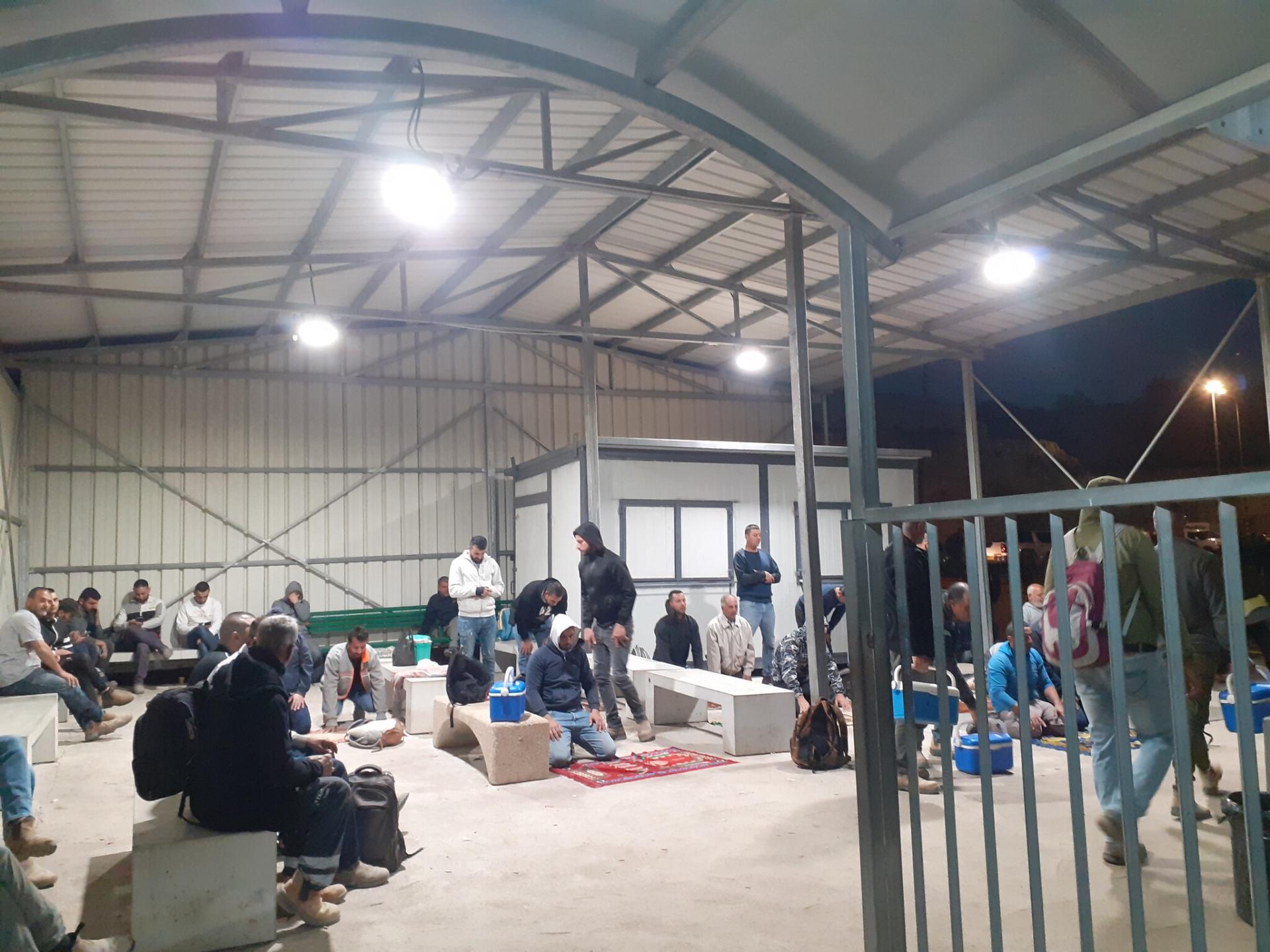 The parking lot and the road leading up to it are packed with buses, minibuses, taxis and regular cars. They’ve all come to drive the Palestinian workers to Israel and the Seamline Zone. Some people are praying, others waiting in the hut where the lights are on. I go down to the terminal through the long sleeve

(covered and fenced pathway), hardly able to make my way through the stream of people going up to the parking lot. At this time of day, they are all men, most of them young. I’m surprised to see people praying right at the entrance to the terminal. Maybe praying is what makes it possible to earn a living and bear the occupation in silence. I try to find out what’s happening in the parking lots beside the road on the other side of the barrier. The language is a problem, but the person running the cafeteria in the sleeve says that the Liaison and Coordination Administration shut them down, even though the man who ran them was a good guy (?).

06:20 – fewer people are crossing by this time and the parking lot is less crowded.

Because of the harvest, the checkpoint is opened every day. On Monday and Wednesday, it was opened at 6:30 a.m. On Tuesday it wasn’t opened because of a security incident in the area. Two female soldiers are getting organized in the hut. Three male soldiers arrive in a civilian car. The farmers are waiting on the other side of the locked gate. They are all waiting for the soldiers to arrive with the key.

06:55 the key arrives! The gate is opened and people start crossing one by one (one after the other), 5-7 per minute. One of them says “Great, good soldiers.” Another complains about one-by-one and the late opening. He thinks that we can convince them to open at 06:00. If only! I estimate that during the time we were there, more than 150 people crossed, a dozen or so women, three children and about 10 tractors. Among them, a woman, proudly presents her granddaughter. One of the men says that in the past his wife and children were allowed to go through but they haven’t been given an agricultural pass in writing and they are not allowed in. Let’s hope that HaMoked – the Centre for the Defense of the Individual – can help.

07:30 People are still going through, but we leave.

Not much traffic at this hour. A few schoolgirls are on their way to their high school in Tura. A group of female teachers are walking in the other direction to the primary school in Daher el Malek. A few people are waiting in the hut. One of them complains that the teachers are required to wait in line to be checked just like everyone else. Says that at their own initiative, the Palestinians allow teachers and the elderly to go to the head of the line. People complain about the late opening time – 07:00 – which makes it impossible to get to work on time. They say that even that time isn’t kept to and sometimes the gate is opened only at 07:15.

07:45: We drive home. At the junction leading to the Anin checkpoint, people are still waiting for transport.