Place:
Ar-Ram
Qalandiya
Tags:
Health Problems
Observers:
Tamar Fleishman and Rimona (who for her doctoral thesis has been examining the political possibility of justice/reconciliation between Palestinians and Israelis); Translator : Tal H.
Sep-27-2016
|
Afternoon

“The Occupation Kills Us” 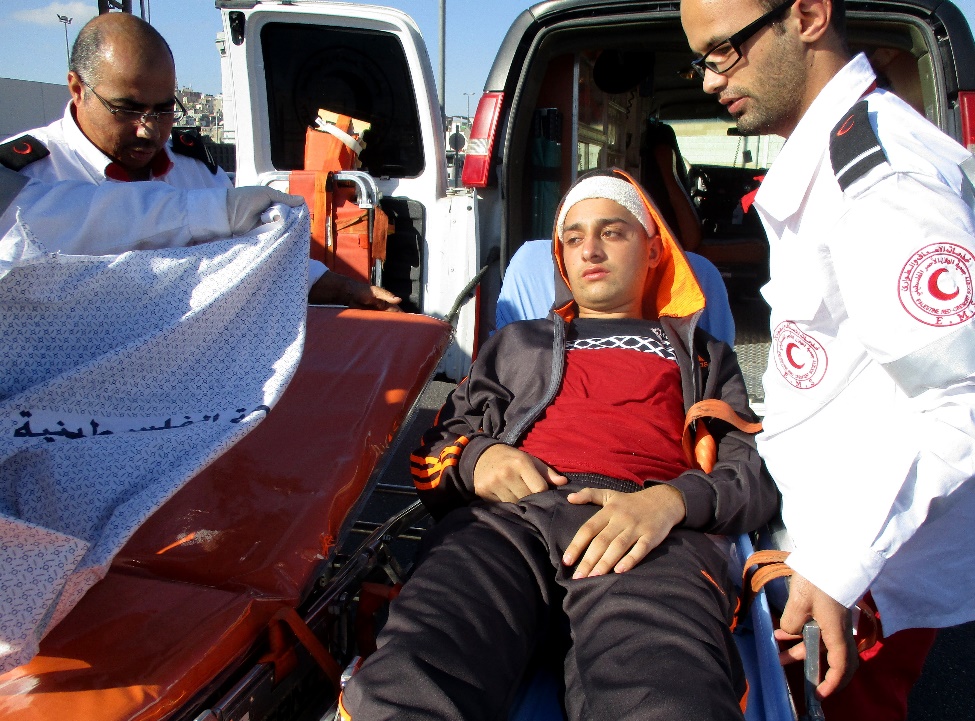 The look in the eyes of this 16-year old boy belongs to one who knows there is no more hope.
His father’s gaze was an abyss of pain, in his mouth prayers for heaven’s mercy.
“This is my child”, he said.
For a child, even when a boy or even as a man, remains his father’s child, certainly at a time like this.

The father said his child suffers from cancer in the brain, and has already been operated in Muqassad Hospital, East Jerusalem. He is being returned there for his condition is…

And present, as always, were the rifles and the bureaucracy of “coordination” yes or no, namely whether they are or are not permitted to cross, and as always there were those invisibles who decide who gets through the checkpoint and who does not, and there was also the armed arm that tried to block the camera 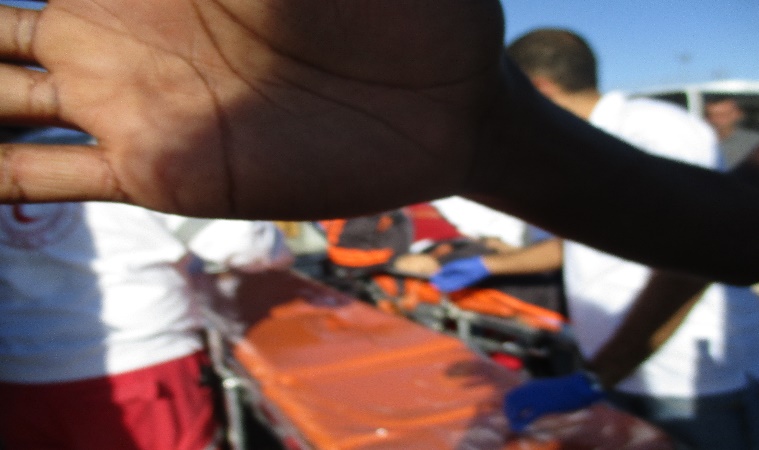 “What is she doing here?” asked Ahmad about Rimona (who, in spite of her misleading name, is not from here and has no Hebrew). “She is researching the Occupation”, I said.

“Tell her the occupation is killing us”. 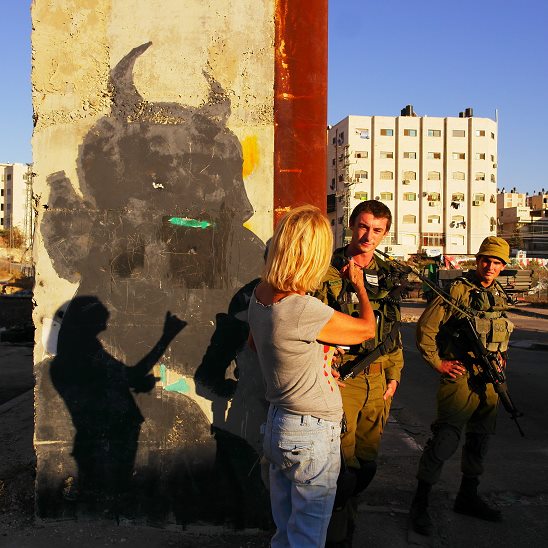 There are two heavy metal gates

The western fate between Qalandiya Checkpoint and the town has been opened on and off for years now, in order to regulate the traffic pressures at the checkpoint, and policemen direct vehicles into A-Ram, never out of it.

Until recently, the eastern gate, separating A-Ram from Dahiyat Al-Barid was used exclusively by the army and the Border Police. Lately it has been opened for Palestinian use, it too for entrance only.

It is easy to enter Palestine, hard to leave it.

“Sometimes the Border Police get us stuck”, told us officer Yossi, and added: “Often they either don’t show up on time to open the gate, or to close it, and we get stuck”.