Qaddkukm - the old part, Azzun - a new road in the main street | Machsomwatch
Skip to main content
Back to reports search page

Qaddkukm - the old part, Azzun - a new road in the main street

We drove to Qaddum to deliver the beautiful donation which many of our members participated in, and for which we thank them all.

On the way we called S. and asked him to wait for us at the ourskirts of the village and he told us: I hope you did not eat breakfast (true enough, we didn’t). As agreed S. waited for us and took us to his home. He told us about the last demonstration which was difficult, and about the ambush the soldiers made, after hiding in the houses on the main road where the demonstration took place. He pointed out that in fact they had done this before, but that it was quite a time since they entered the houses. He doesn’t know exactly to what one should attribute the aggravation in their behavior. Murad had been released on bail (Nitza has obtained for us the phone number of the lawyer and we shall inform when the trial will take place). We continued to discuss the situation and then he asked our forgiveness, left and returned with a tray on which there was a Palestinian breakfast as he had promised.

From his house we left and went on a tour of “old Qaddum”.

The quarter is situated on the north western side of the village. It is entirely composed of one-storeyed stone buildings, some of which are built in the ground, and hint at the way life in which the flock lived in the first floor and its owners in the same building, in the floor above. Everything is in its place.

The buildings are small, and according to S. A few families often lived in the same building. The narrow street underwent a certain refurbishment which enables a pleasant walk in the alleys. One could imagine the place after conservation architects will have visited it, as indeed is happening in Assira Shamaliya and Deir Istiya and perhaps in other places too.

According to him about 300 years ago the Ibrahim Maqam underwent a refurbishment process, which makes one to conclude that the village of Qaddum has been existing for at least 500 years.

The name Qaddum means axe, with which Ibrahim circumcised himself (just imagine).

The Maqam Ibrahim is considered a sacred place but no ritual, religious or socials activities take place there, contrary to the Maqams about which Irit Segoly tells us. It is located in the old quarter and is somewhat refurbished. S. tells us that he has a family tree of 17 generations. Each generation is estimated at 30 years, i.e. 510 years.

The locality which exits already hundreds of years explains to us the stubbornness and the demonstrations which take place in it, on Fridays and Saturdays, during eight years already, concerning the short approach road leading to Nablus.

We thanked him for the hospitality and the fascinating tour.

One can discern a process of “urban renovation” in the village. A road has been built on the main thoroughfare.

We “popped” for a short visit to the family of Z. and unloaded the contents of the vehicle which was 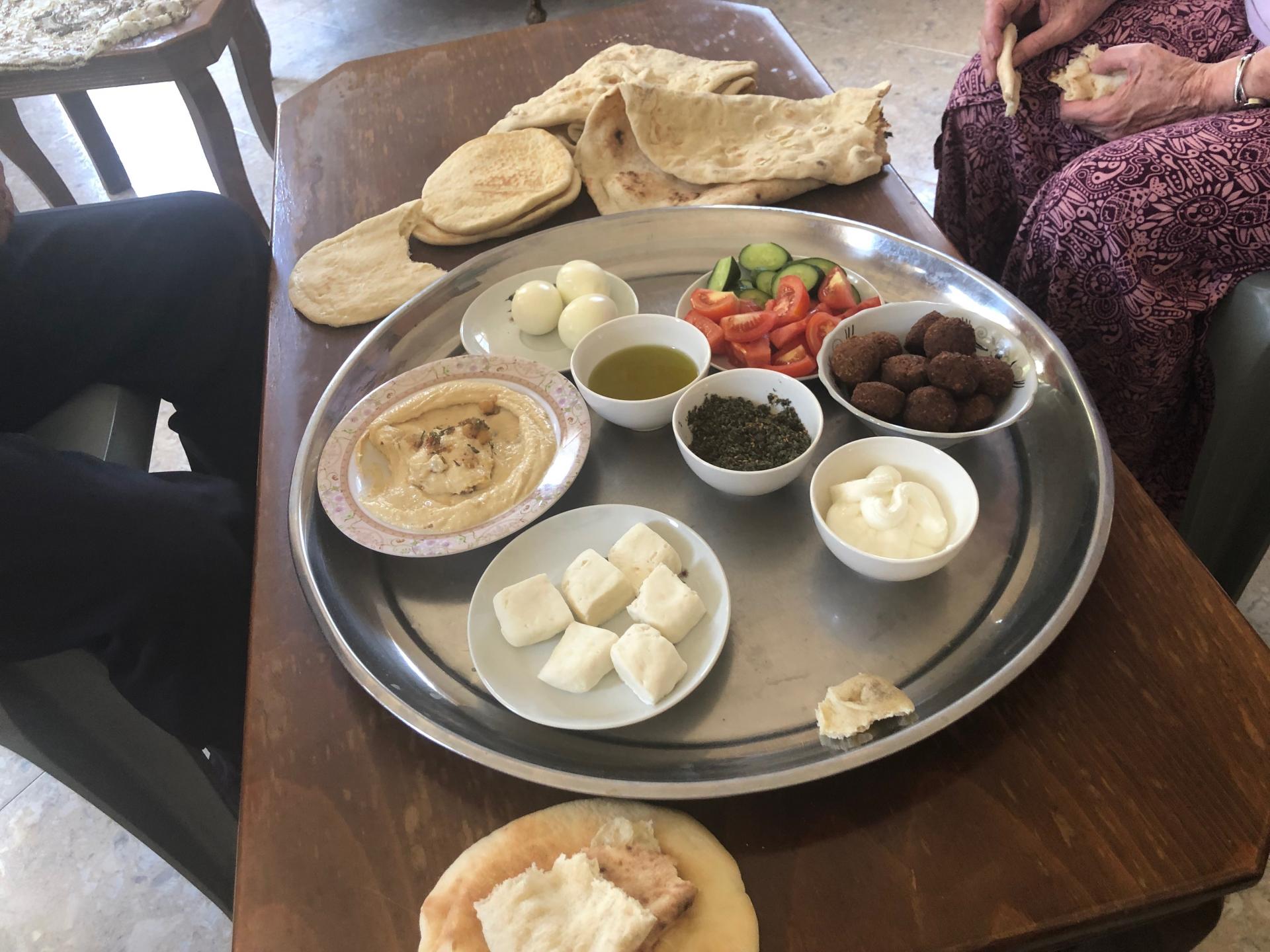 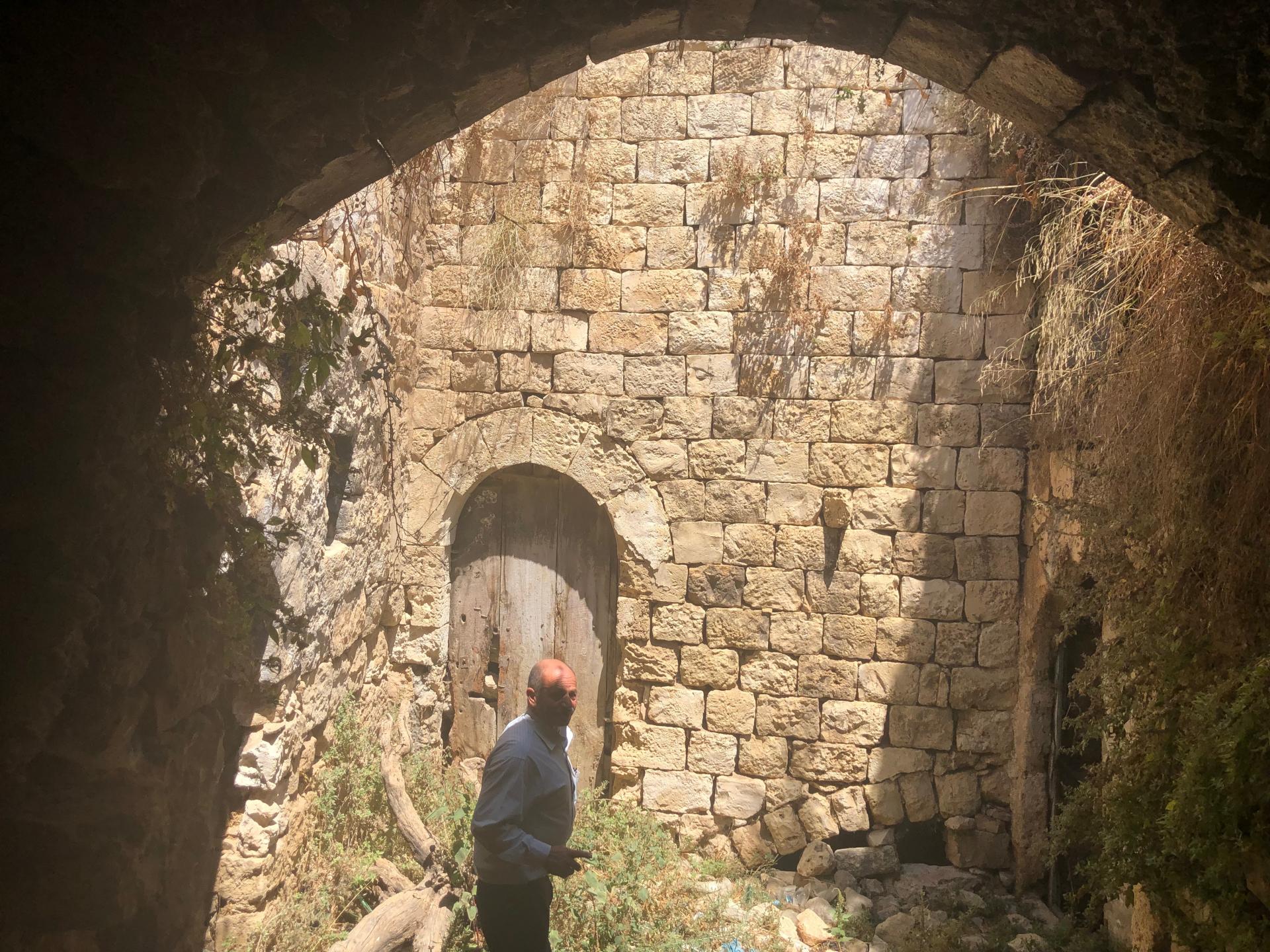 A stone house in old Qadum 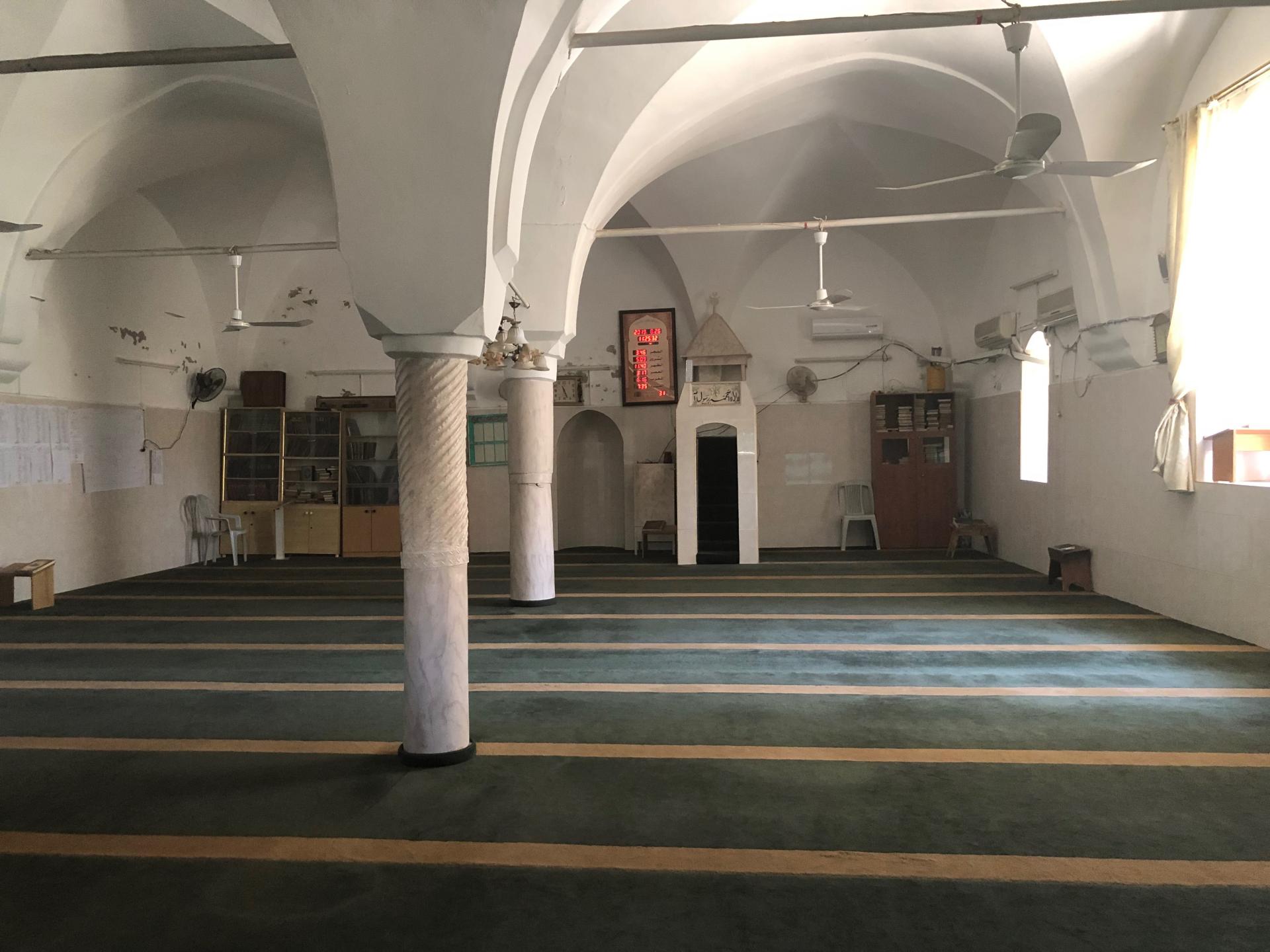 A new mosque in the Old City area

The village of Qaddum dates back approximately 4,000 years. Today’s villagers mostly work in agriculture and  cultivae olive groves.  The hilly landscape is covered with olive trees and are dotted with patches of green fields.

The settlement of Kedumim was founded in 1975 on lands belonging to the ancient the village of Qaddum.  Since then, Kedumim has expanded to include 5 settlements. The Kedumim settlements separate Qaddum village from its lands and from access to the main road. The road connecting Qaddum village to Route 55 was closed to its residents in 2003. The short ride (1.5 km or less than a mile) between Qaddum and a neighboring village - Jit, turned into a 12 km (7.5 miles) bumpy ride on an unpaved gravely road. Since 2004, residents of the village of Qaddum have been submitting requests to the authorities to reopen the old road leading to Route 55.

On July 2011, the villagers began holding weekly demonstrations in protest of the road closure

and of the theft of their lands. They march to the edge of the village and there they stop. There is a regular routine to the demonstration which always follows with a confrontation with the army when it enters the village at the end of the blocked road. The army reacts to the demonstrations with sharp weapons, rubber bullets, tear gas and lately also live ammunition.  Villagers are injured and hurt each week and often, dozens are arrested by the army. Young people and children are intimidated by the army when they photos are posted in the village streets.

On 12/7/19 a 10 year old boy was criticaaly wounded after he was shot in the head by live ammunition while standing at the entrance to his home in Qaddum during a demonstration.