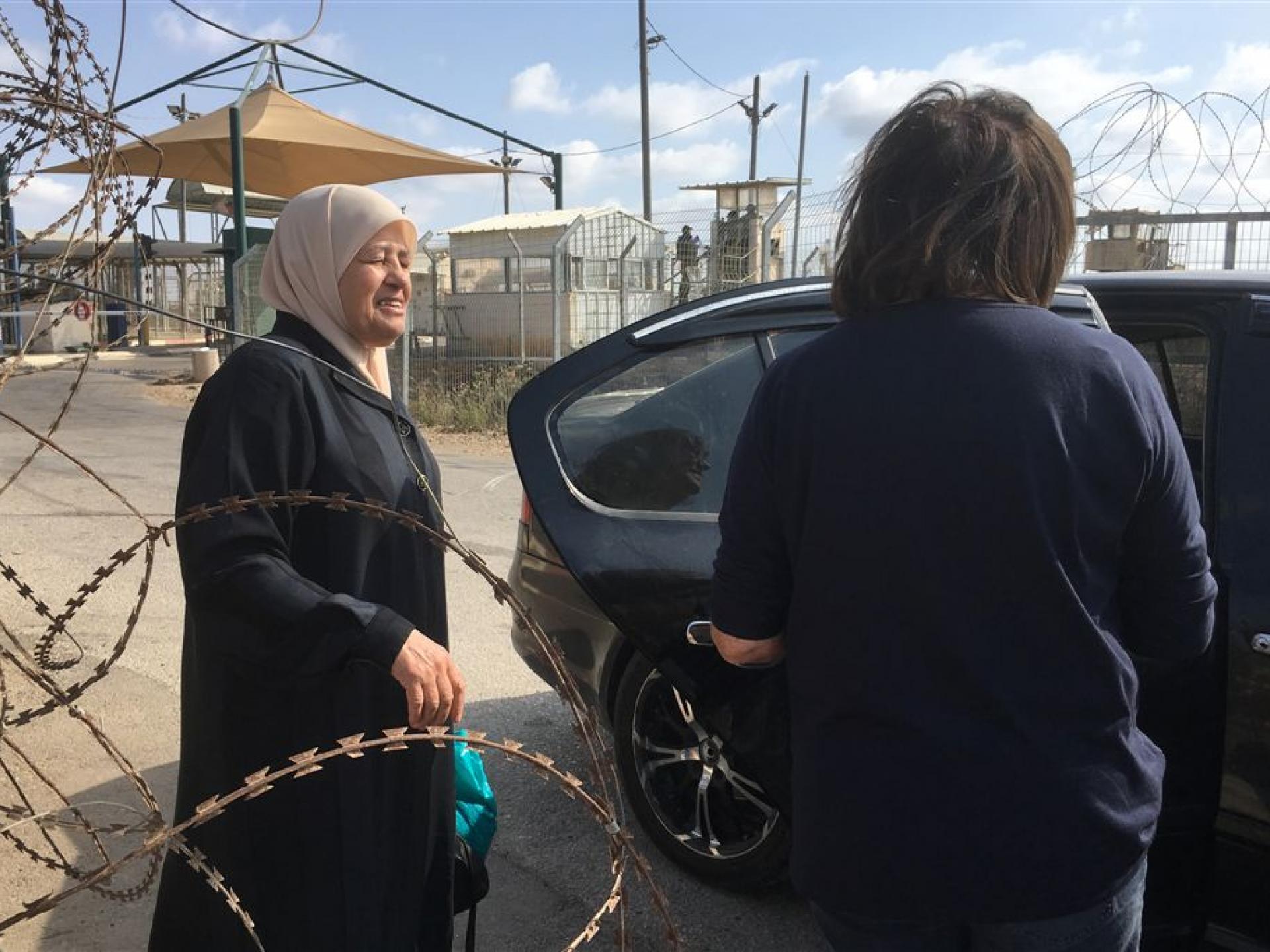 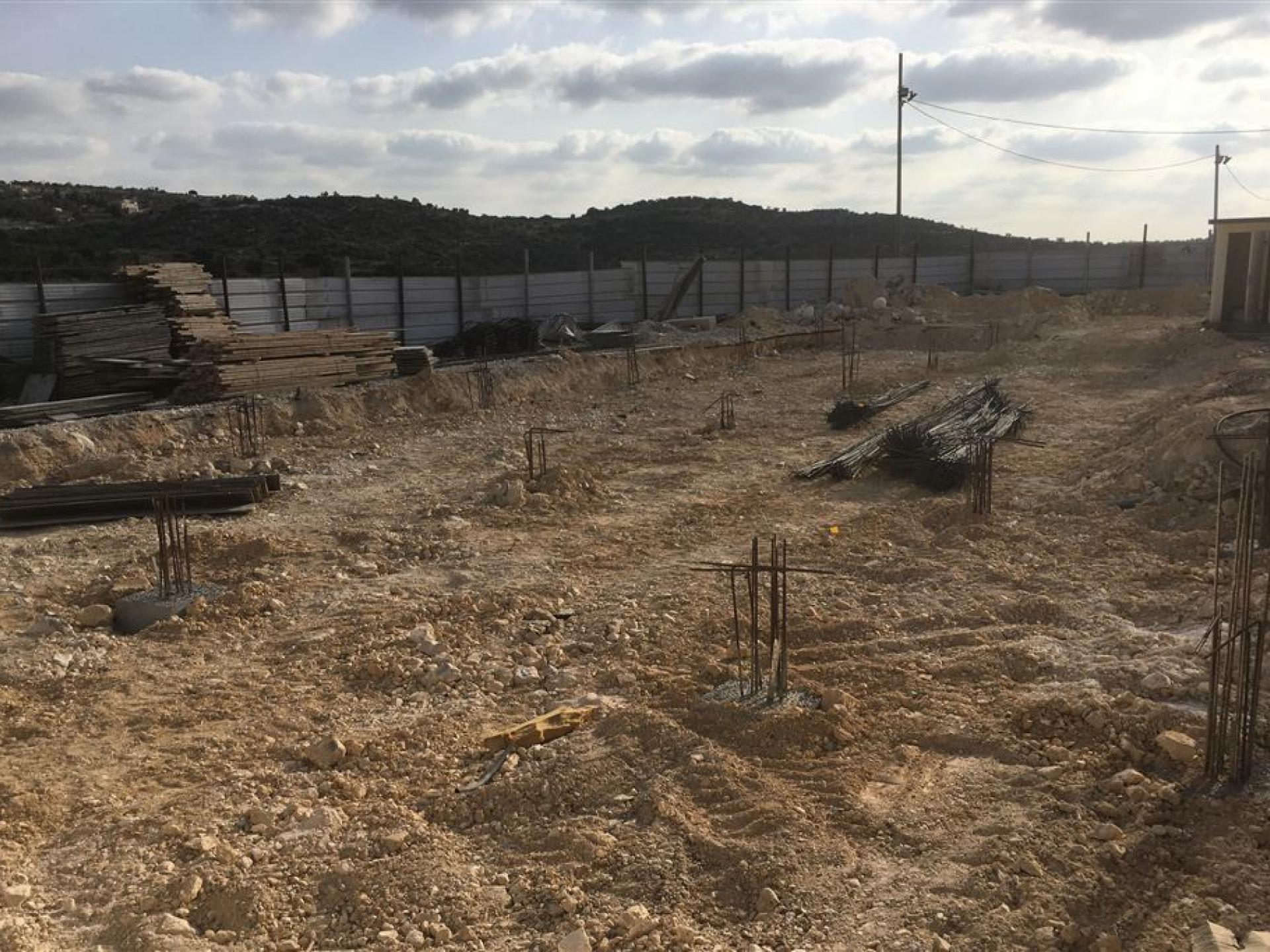 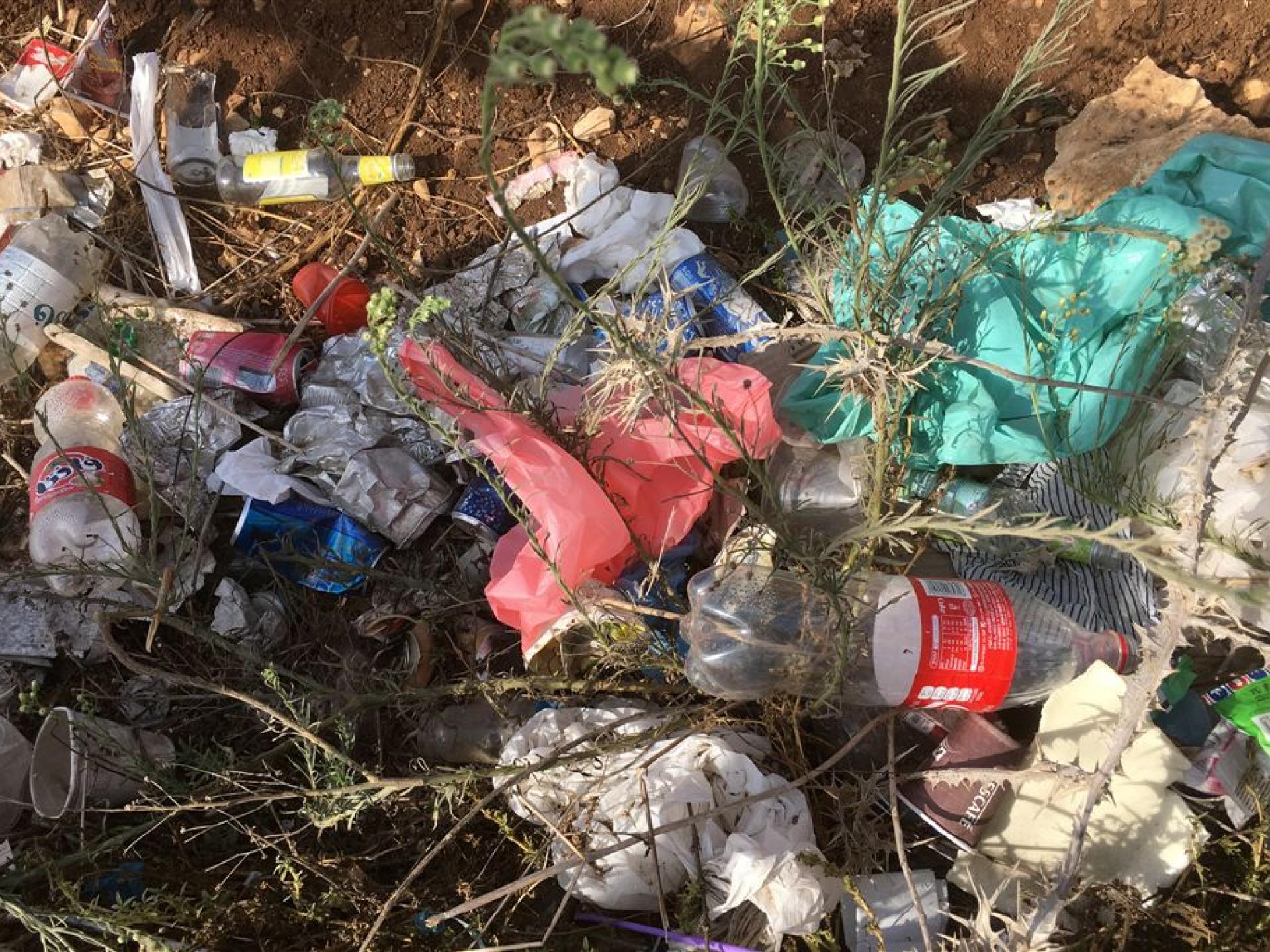 Near Tura Checkpoint: Whose garbage is this?
Photographer:
Ruti Tuval

Despite the fact that practically no one comes through this checkpoint at this hour of the day, a car that arrived had to wait 8 minutes until the soldiers opened the checkpoint and finally let the passengers cross.  Meanwhile the soldiers were chatting with each other, laughing, and shouting. We noticed a group of women on the Palestinian side. They were a 90-year-old mother and her daughters.  The elderly mother was unable to walk through the sleeve

to cross the checkpoint, and after numerous telephone calls and talking the woman was eventually allowed to cross by car and travel to Dahar al Malek.  One of the daughters lives in Germany and speaks fluent German.

A military vehicle, parked on the road, was supervising traffic.  There were no traffic jams along the road, like the ones last week, and traffic was flowing freely. A civilian car arrived and a soldier got out and joined the soldiers in the pillbox.  The checkpoint was not manned on the road and cars drove through without being checked.

We returned to Reihan–Barta'a Checkpoint and parked in the parking area for trucks because all the other parking lots were crowded at this time of day.  There was a large crowd of people next to the single turnstile, which served both people entering and exiting.

A man approached us to ask for help. He has been banned by the police from entering Israel.  This means that he is on a list of people who cannot receive a permit that needs to be renewed every few months or a special permit for several days.  Such people cannot enter Israel to work, do business, or visit families.  We gave him a phone number where he could ask for help.

The sleeve on the side of the seamline zone was filled with workers returning home.

There were many squills [an autumn wildflower] in bloom alongside the road.