Etzion DCO: The father is not allowed to accompany his baby son for surgery | Machsomwatch
Skip to main content
Back to reports search page

Etzion DCO: The father is not allowed to accompany his baby son for surgery 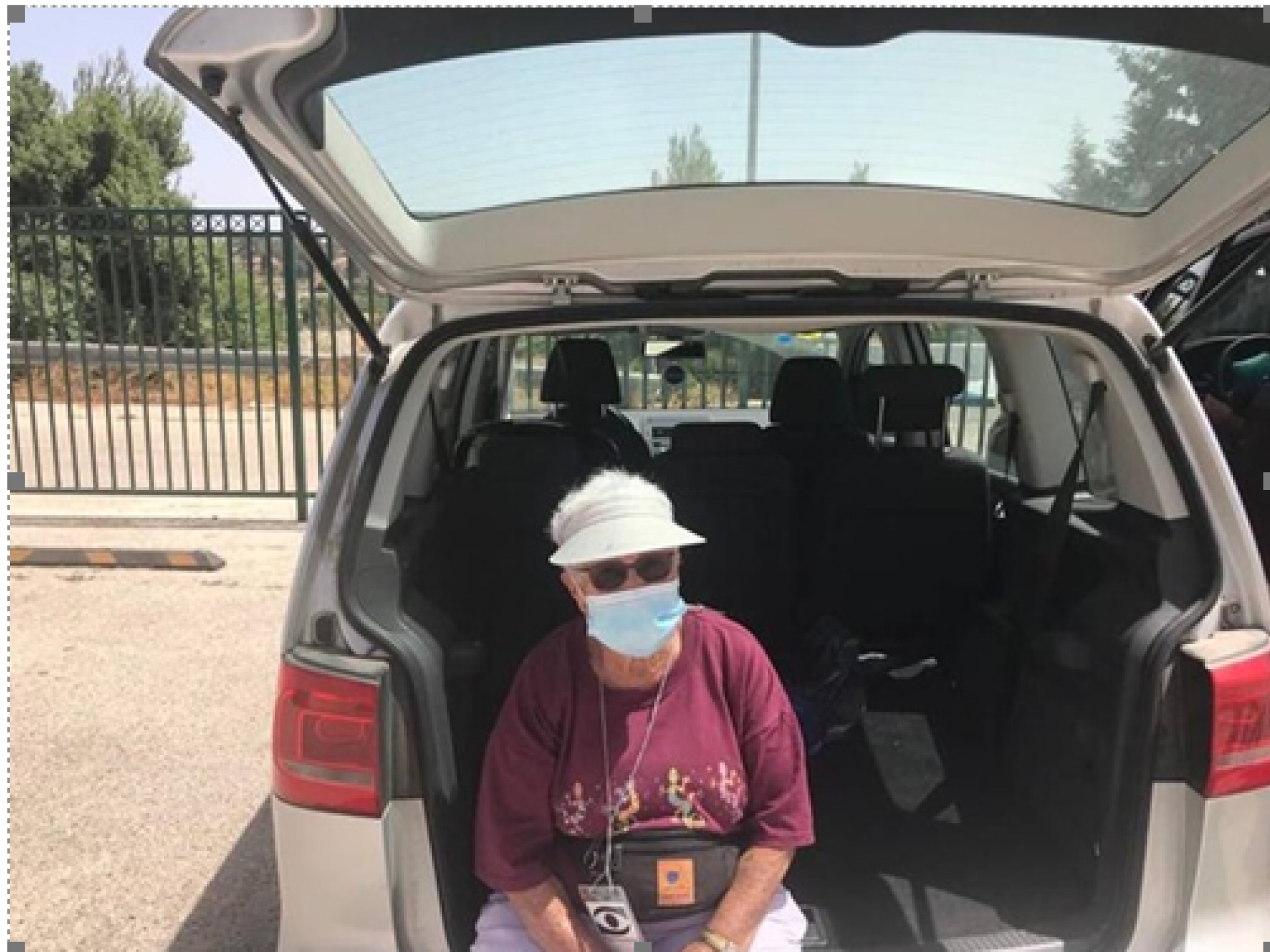 Etzion DCO: As usual, our "office" is outside the DCO

As happens so often,  we had not even parked the car when people started coming up to us with their problems. The waiting room was empty but we sat outside. Shlomit brought two chairs and opened tthe back of the car where there is shade.

A young couple with a baby

who suffers from epilepsy and may also have a tumour in the head.

The child  has to be in hospital on Thursday and the father cannot accompany here as he is prevented.  The father had been caught working in Israel illegally five years ago  and was prevented. They had already put in an application on Thursday and had been told to come today. We waited for them to come out but although many others did they did not appear. Eventually Shlomit managed to call them to come to the other side of the turnstile and they told her that a policeman  had taken their papers and disappeared. It seems that the father has little chance of being allowed through but we suggested that the grandfather  who has a permit should go with her.

A man complained that he had a letter from the doctor but had not been given a permit to go to Hadassah. Shlomit explained to him that he must first make an appointment at a hospital.

A man who is Modiin prevented said that Sylvia had given him the number of a lawyer and he complained that he had not had a reply from the lawyer. But before we could try to help him he disappeared.

A lawyer arrived with her client. We always warn Palestinians about taking lawyers but  she was representing him in a very honorable way. Her client had been prevented and had been in the court in Ofer. He had been given special  permission to enter Israel for seven months in spite of being prevented.  This was already in December. She said she was not even sure who had to sign.  They were told to come to the Ministry of Industry at the  Gush but the office is closed and they no one  could tell them  when it was open . N. , our helpful soldier, has also tried to help.  But they cannot find anyone who will sign his paper. Sylvie had also tried to help but had  not been able to do so. We suggested turning to the media.

A man is married to an Israeli woman and has applied for family reunification told us that he had been in touch with an organization which is called “New Family” and they are trying to help him.

About three people came out of the DCO with the wrong papers which  they had asked for to be  cleared of  their  “prevention”. As befitted the case we gave them the details of Sylvia and also of Hamies in Hebron who rights a letter requesting a pardon.