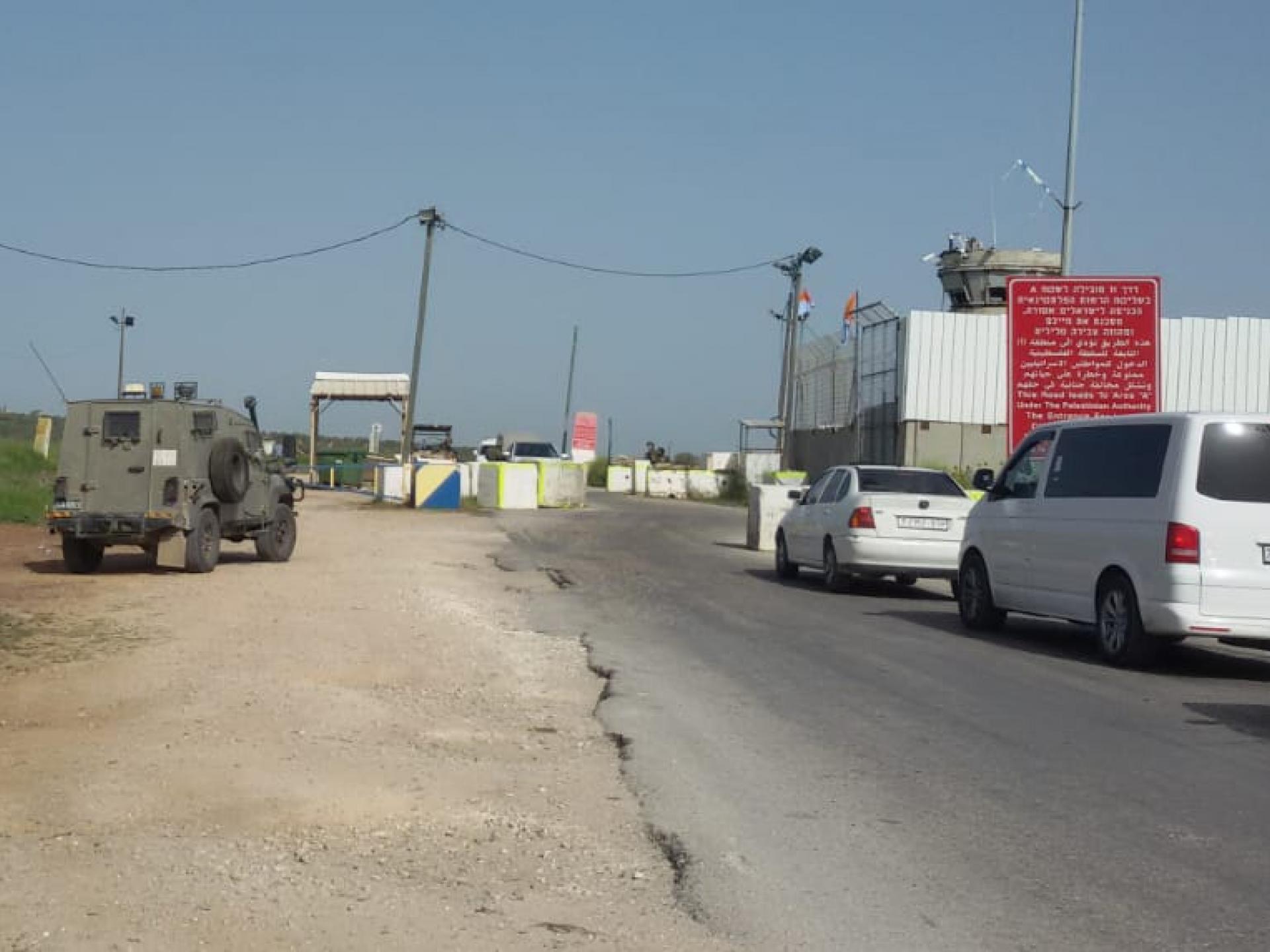 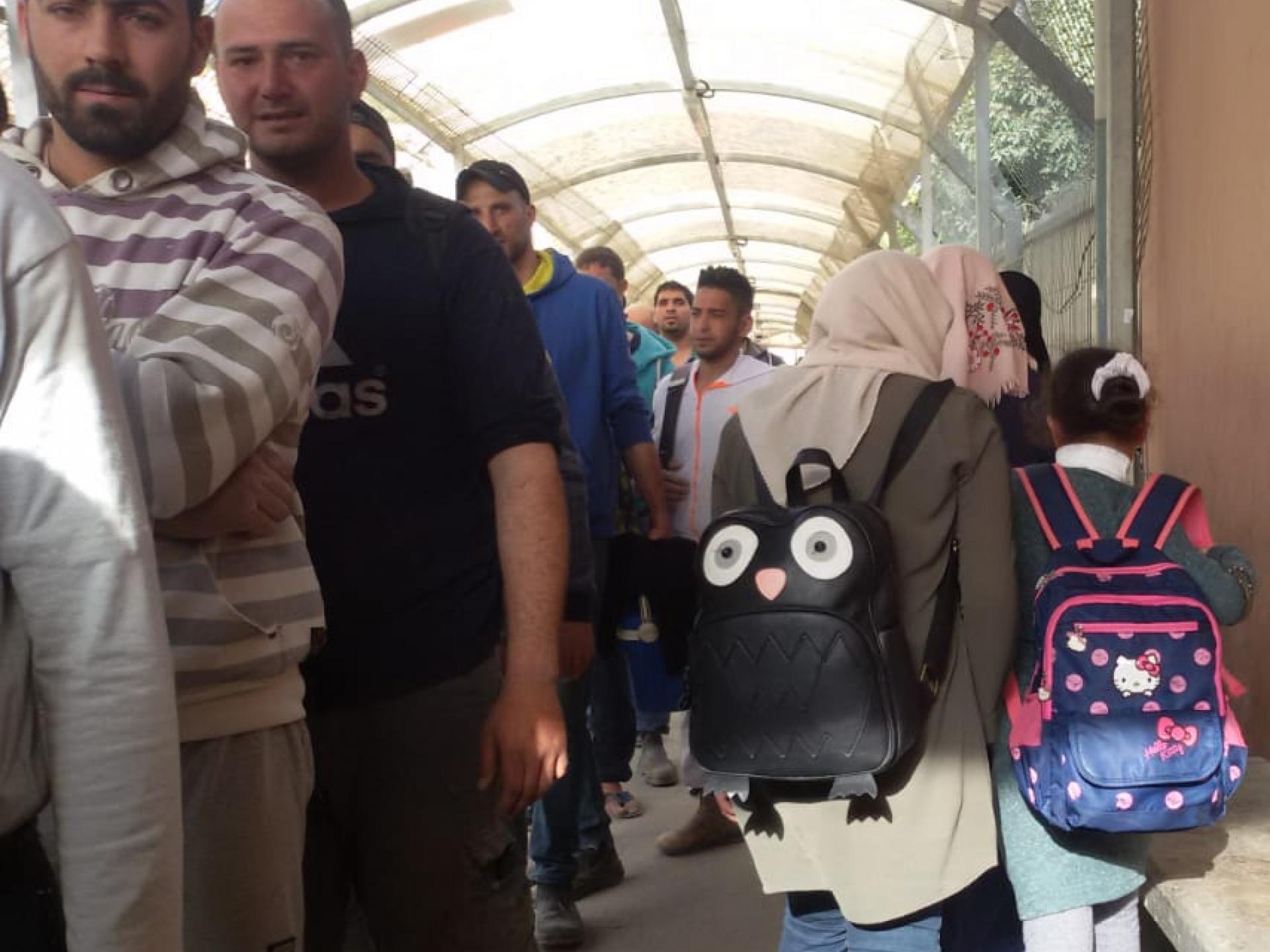 We were received by a donkey and its rider and a car going to the seamline zone.  The woman driver greeted us.  Other than that there was no traffic at the checkpoint, but the lights along the road were lit in spite of the bright sunlight, perhaps driving away the darkness of the checkpoint.  We drove past the Reihan – Barta'a Checkpoint with its crowded parking lot and continued on to the Yaabed Dotan Checkpoint.  There were two pillboxes between the checkpoint and the village of Emricha. Both were surrounded by concrete blocks and the military unit flags were flying overhead.   There were also memorial candles and an Israeli flag over the second one where the terrorist attack occurred a week ago.  There was a broken fender lying on the side of the road and e soldiers stood outside and in vehicles along the road.

Tami described the checkpoint surroundings, what goes on there, and the feelings that it arouses.  There was a cognitive dissonance: the surrounding Dotan Valley is a pastoral panorama of green plowed fields, tobacco fields and well-tended olive groves.  Against this springtime scene is a situation in which people are filled with fear and suspicion.  The Yaabed – Dotan Checkpoint has been decorated with an Israeli flag and a colorful military unit flag.  An armored vehicle was standing nearby and armed soldiers wearing helmets and bulletproof vests were standing opposite a convoy of Palestinian cars returning to Area A.  A car on the side of the road had undergone an accident, reminiscent of the recent terrorist attack in which an officer and soldier were killed.  The drivers greeted us in support of our presence. One greeted us in excellent English and told us to take care of ourselves.  A captain and two sergeants approached us and were also concerned about our safety.   Finally, everyone dispersed, the vehicles continued on their way, and the soldiers disappeared into the olive grove and only the flapping flags remained.   For 15 minutes the scene was reminiscent of the sad reality of the occupation.

Many people were returning from work at this hour and vehicles are waiting for them.  There are many parked cars.  Four young women with children dressed in holiday clothes were waiting.  They live in Jenin and were invited to a wedding in Barta'a.  A man came and brought them permits and they went through the first turnstile leading into the terminal.  Beyond the turnstile we could see the new sheds, under construction.  One man complained that people could be injured by the makeshift fence surrounding the construction area.  Another person complained about delays at the Yaabed – Dotan Checkpoint.  Someone had suddenly been banned by the Special Security Services.  We gave him the phone number of Sylvia's team.

The food kiosks under the shed have been taken down.  The checkpoint management threatened the "merchants" that they would have their merchandise confiscated and would have to pay fines, and the only thing left to buy on the roadside is strawberries.

A lot of workers were coming down the sleeve

on their way home, and families dressed in holiday clothes were walking up in the other direction, together with several women students.  Two inspection windows were open, which was enough at this time of day.  It took the women and children whom we met in the parking lot more than 20 minutes to get through the checkpoint.

16:00: We drove home.  The festive women and children got into a large taxi and left for Barta'a. 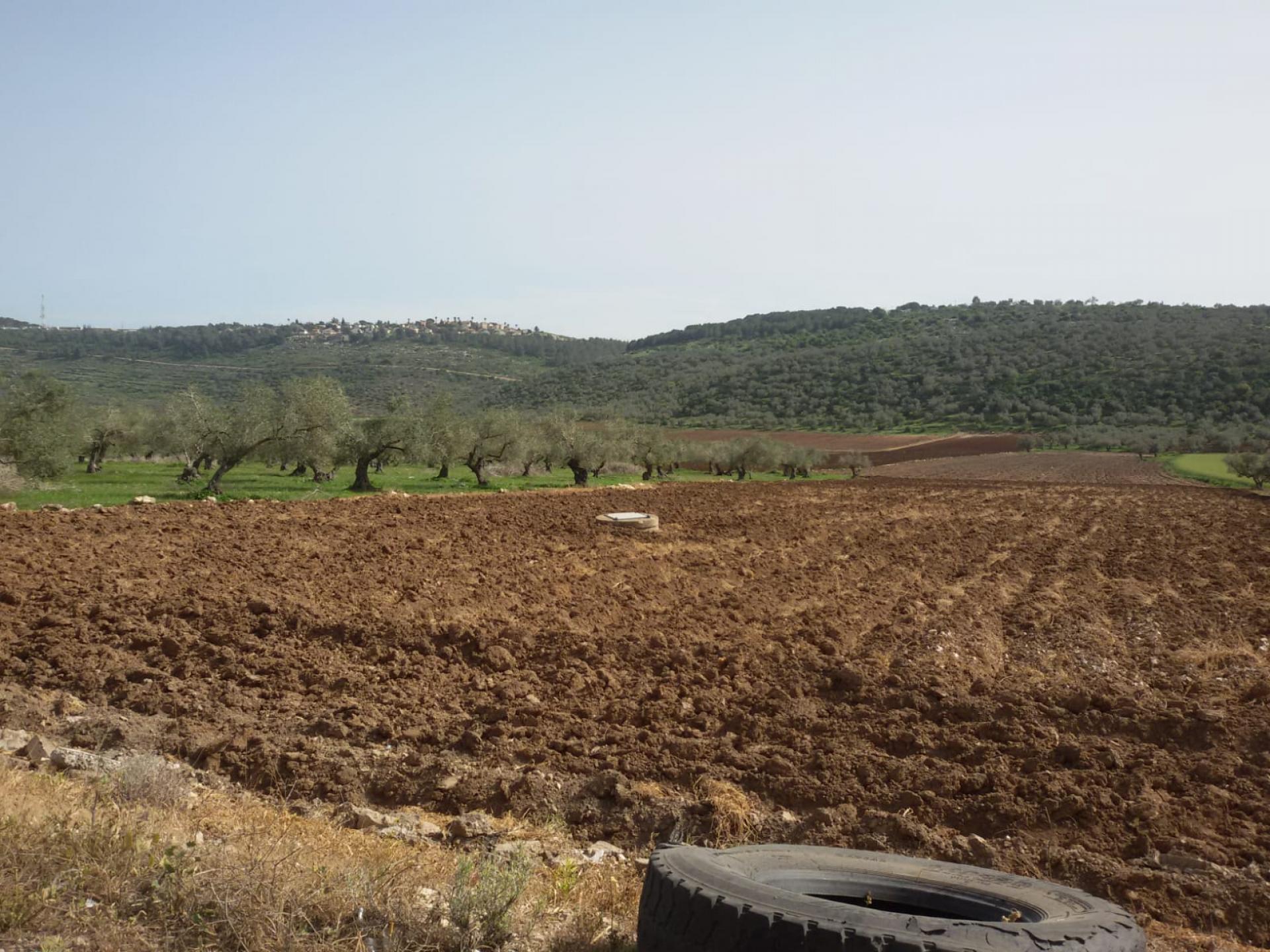