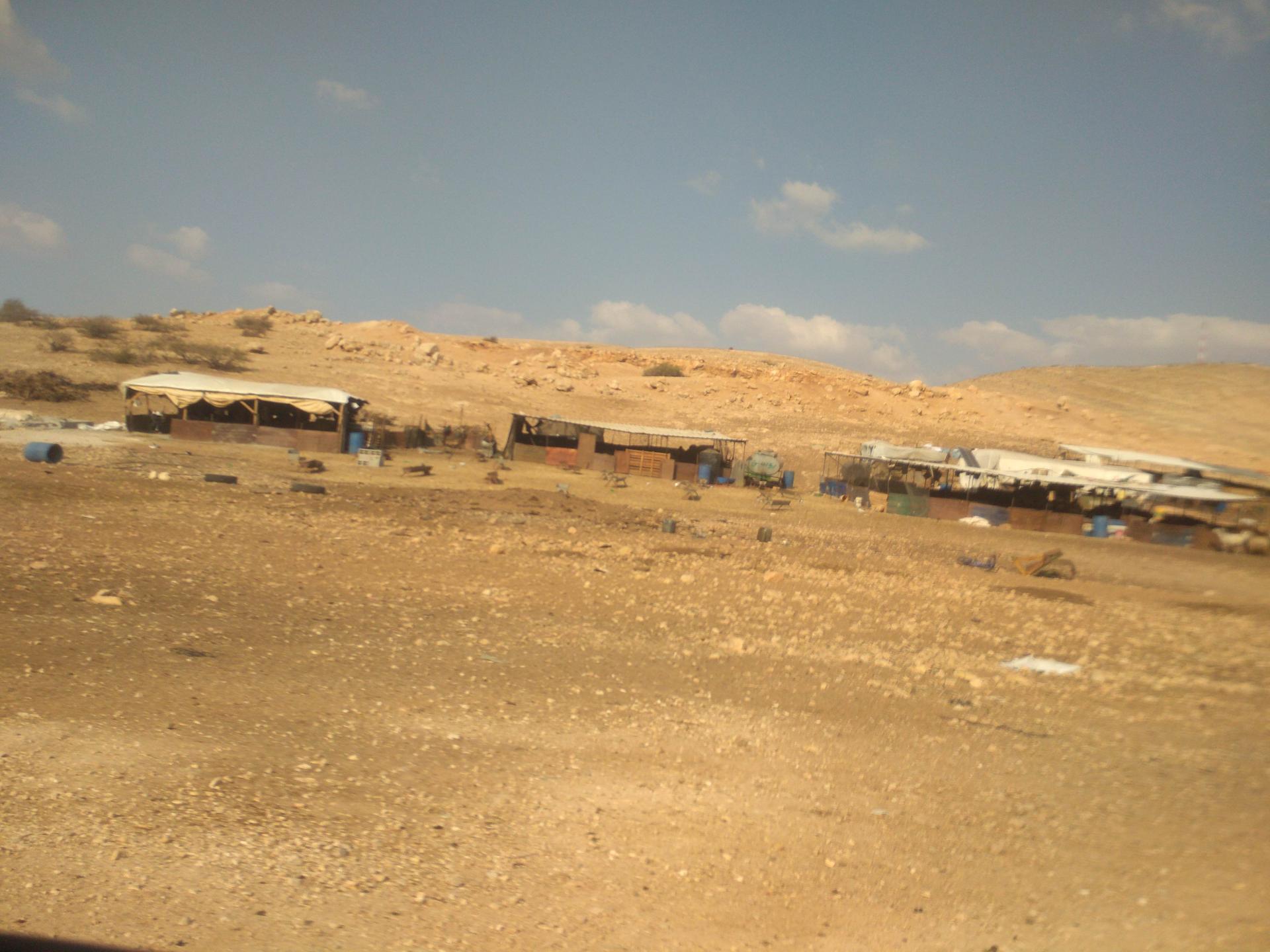 Khalt Makhoul, the Palesitnian  Jordan Valley: the purpose – demolish the place to the ground, all means acceptable
Photo:
Guest

Initiated by the new leadership of shepherds in the northern Jordanian Jordan Valley, and financed by the Palestinian Authority, courses in Arabic are about to open for illiterate women, as well as computer courses conducted from a mobile computer-room unit.

Settler/colonists from two new illegal outposts chase Palestinian shepherds from their grazing grounds, to obtain exclusivity for their own flocks.

Over the past year, three unplanned and illegal outposts (even according to the Israeli army) have sprouted in the northern Palestinian Jordan Valley. They make their living husbanding sheep and cattle and have been pushing out the veteran Palestinian shepherds of the area, whose livelihood, in any case, has been meager in the extreme. The purpose is to chase away the Palestinian and make them disappear.

The illegal outpost west of the Rotem settler colony was founded and is operated, as neighbors told us, by D., the settler colony’s security official. He maintains a flock of sheep in the outpost. Every morning he, or other youngsters from the outpost, armed, of course, rides on a mini-tractor, stands on a dirt track leading to the grazing grounds, and and warns the Palestinian shepherds not to approach. The shepherds fear them and have to find other grazing grounds. Thus D. enjoys the grazing ground all to himself.

In the Umm Zuka nature reserve, an illegal outpost has been founded, containing a flock of cattle that graze inside the reserve and around it. Last Thursday, October 19, 2017, F., a villager of En Al Hilwa, along with his own cattle herd, ran into the outpost’s flock, herded by six shepherds. They threw stones at his cows. The cows ran off. F. called the Palestinian DCO as well as A. who is responsible for the outpost – to no avail. Naturally, he wouldn’t dare throw stones back, for then the police would arrive and arrest him. They – the settlers/colonists – are immune. Now he is afraid to approach the area.

All three outposts follow the same pattern, and apparently, the same organization has founded and finances them. This is quite different from the older, veteran settler colonies based on growing crops. The outposts rely mostly on the work of boys who have dropped out of the school system, probably in the older settler colonies – the kind we call  “the hill-youths”. They are very easily incited against the local Palestinians, and might even be the initiators. They put up a few trailers, purchase several hundred sheep or cows, gather some youths and – voila, an new “outpost” is born. For the boys this is a way to spend time until their recruitment into the army, or some other pastime. Today they’re here, tomorrow someone else will replace them.

The same D., Rotem’s security official, gets a salary, and the cattle is simply an added source of income. For the Palestinian shepherds, it’s a question of livelihood and survival, having lived there for ages, and with nowhere else to go and no authority to finance them. Even prior to the age of outposts, they barely eked a living from their livestock.l

The inhabitants of Khlat Makhoul are living under the threat of demolition of all their structures by the Civil Administration. This is one of the measures the State of Israel uses to push the Palestinians out of the Jordan Valley. The Khlat Makhoul villagers experienced harsh demolitions in winter 2013, and were exposed to the cold and rain. Autumn 2015 saw more demolitions, and these achieved their purpose: most of the inhabitants left and only five families remained. Now, after a legal battle and facing the winter of 2017, once again the danger of demolition is backed by a court order.

Last Thursday, a delegation of diplomats visited the place in order to support the inhabitants – representatives from Britain, Turkey, and Egypt. The US was not represented.