Nabi Yaqin, a  holy site in Islam controlled by an Israeli army post | Machsomwatch
Skip to main content
Back to reports search page

Nabi Yaqin, a  holy site in Islam controlled by an Israeli army post

Nabi Yaqin, a  holy site in Islam, at the outskirts of Bani Na’im,  controlled by an Israeli army post 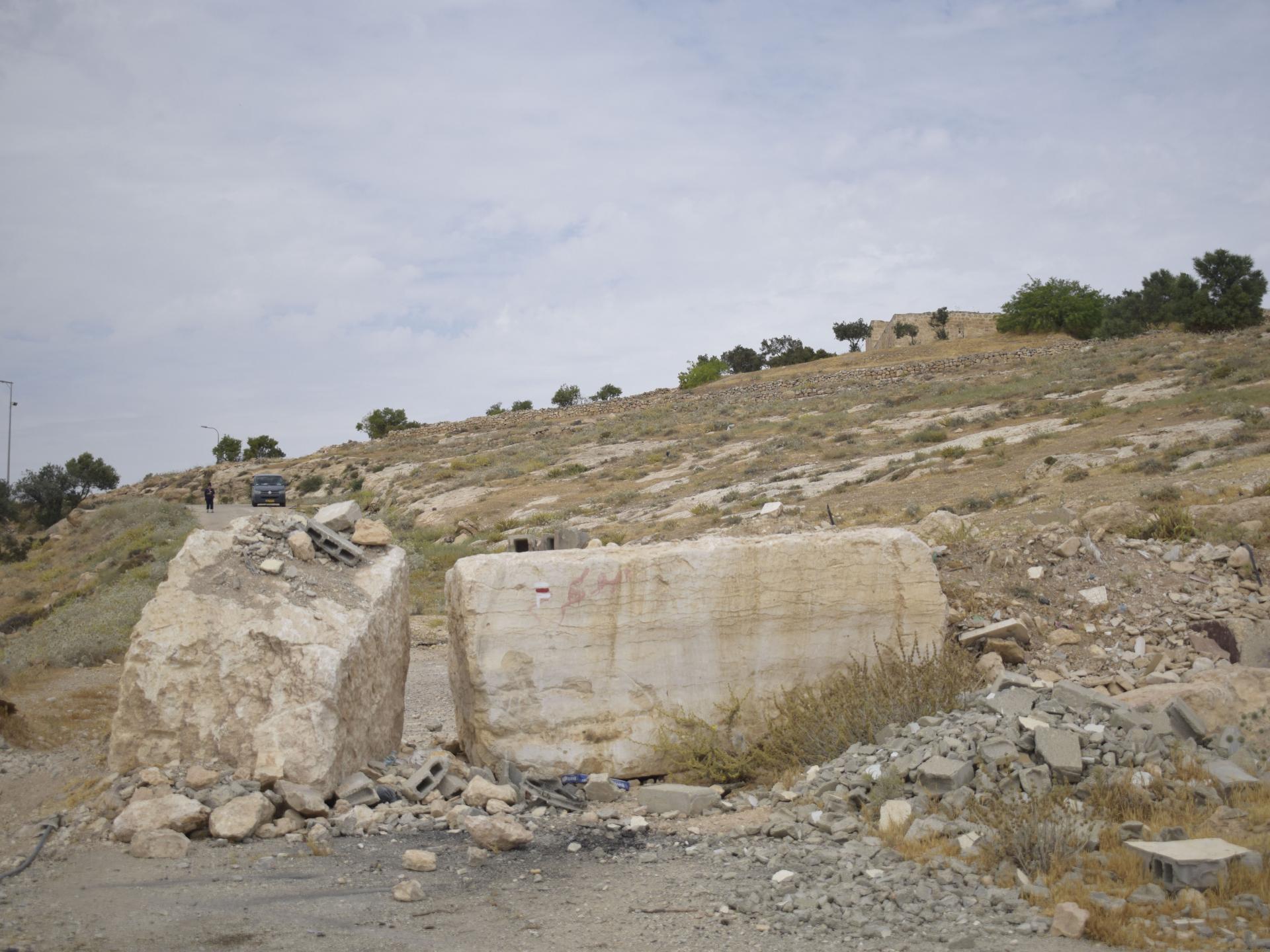 Giant boulders block passage to the Jewish settlement of Pnei Hever on one of the routes to Zif Junction and road 356
Photo:
Nurit Poper 21.6.2017 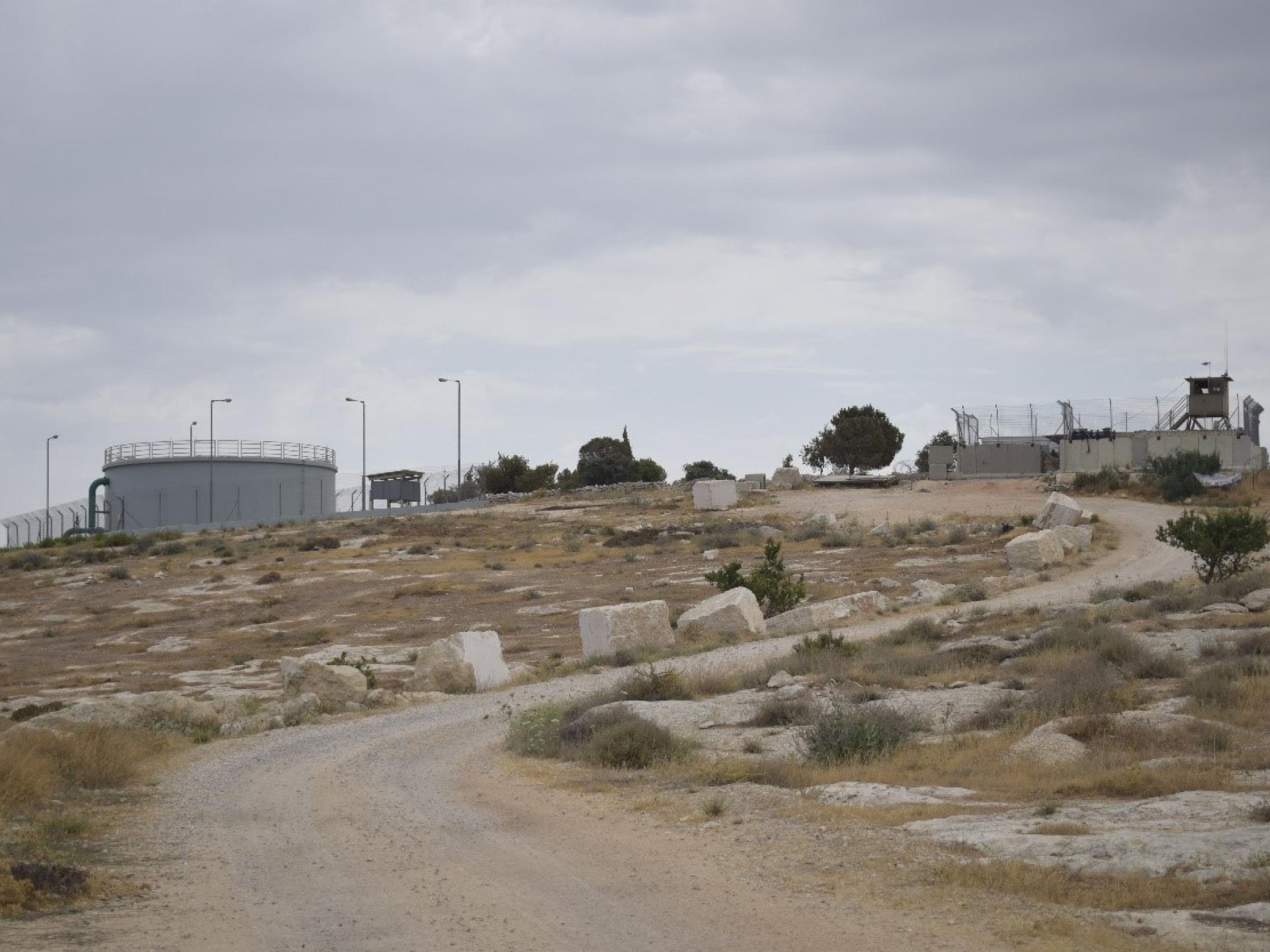 • Water reservoir serving the village of Bani Na’im. On the right, two watchtowers. The route is opened but under tight control.
Photo:
Nurit Poper 21/6/2017

Nabi Yaqin and Nabi Lot – our visit at these sites is part of a data collecting project and monitoring spaces that are important to local culture. We collect and concentrate data about the ancient sites holy to Palestinians, focal points for pilgrimages and social and religious assemblies, where Israeli authorities put up physical and other barriers in order to prevent Palestinians from continuing their age-old tradition (we heard about Nabi Yaqin from Dror Etkes who, parallel with us, has begun to study this aspect of the occupation).

On the way to Nabi Yaqin holy site at Zif Junction on road 356 leading to the settlement of Pnei Hever and the village of Bani Na’im we saw a checkpoint allowing traffic but a soldier standing there was delaying Palestinian vehicles.

Nabi Yaqin site - built on a high hill (over 900meters altitude) overlooking all of the Judean Desert plateau. According to Muslim tradition, Abraham and Lot viewed the Sodom and Gomorrah upheaval. Nabi Yaqin is one of the appellations of Abraham, who ruled that here is where the law of justice was embodied (Al Yaqin). On a rocky surface inside the holy site  are imprints of feet related to Abraham. The Israel travel guide (edited by Sefi Ben Yosef, 1980) describes the site as considered holy by the villagers of Bani Na’im and others in the Judean Desert. Around the site various cypress, olive, almond and fig trees abound.

A military post is located upon the hill. A few minutes after we ascended the hi8ll, two soldiers approached us and inquired what we were doing there. They said the post was put up after incendiary bombs were hurled at vehicles traveling the road. They also told us that on the previous day a group of Israeli archeologists and guests came to the site. We understood that plans to develop the site and ready it for visitors are in the making. It is therefore important to continue frequenting it from time to time, monitor and report any developments.

On the eastern slope of the hill huge boulders prevent access to the settlement of Pnei Hever. Thus one of the routes to Zif Junction and road 356 is blocked. On the western side lies an open checkpoint with guards. On the hill next to the army post is a large water tank that serves the villagers of Bani Na’im. In addition to the watchtower at the post there is another watchtower next to the water tank. Apparently it is accessible but under right observation. Travel arrangements on the route climbing up the hill are not simple apparently. At the entrance to this path, on one side of the route stands a sign with the large-script inscription “The People of Israel Lives”, and on the other side, a large boulder cube with the white and blue Israeli flag painted on it. Let everyone know who’s in charge.

We met no local inhabitants on this first visit at the site, held during Ramadan month. We intend to meet them after the holiday that terminates the month of fasting, in order to receive information about the holy site – whether it was visited before confiscation, and whether rituals took place there, whether believers are allowed access there at present I spite of the army restrictions and control, and whether they are allowed to tend the fruit trees growing on the hill around the site.

Nabi Lot holy site – unlike Nabi Yaqin, this site is within Palestinian jurisdiction – in the village of Bani Na’im. We decided to visit because of its geographic proximity to Nabi Yaqin, and especially because of the cultural tradition associated with the two Biblical personages of Abraham and Lot, in whose memory these two holy sites were erected. Was there a ritual connection that has been broken as an outcome of the Israeli occupation?

This site is surrounded by a spacious structure serving as a mosque. It is located in the older part of Bani Na’im.  The old mosque’s minaret is lower than the modern one seen on the other side of the structure. The site itself is in fact a modest structure within the larger and more ostentatious form of the mosque. 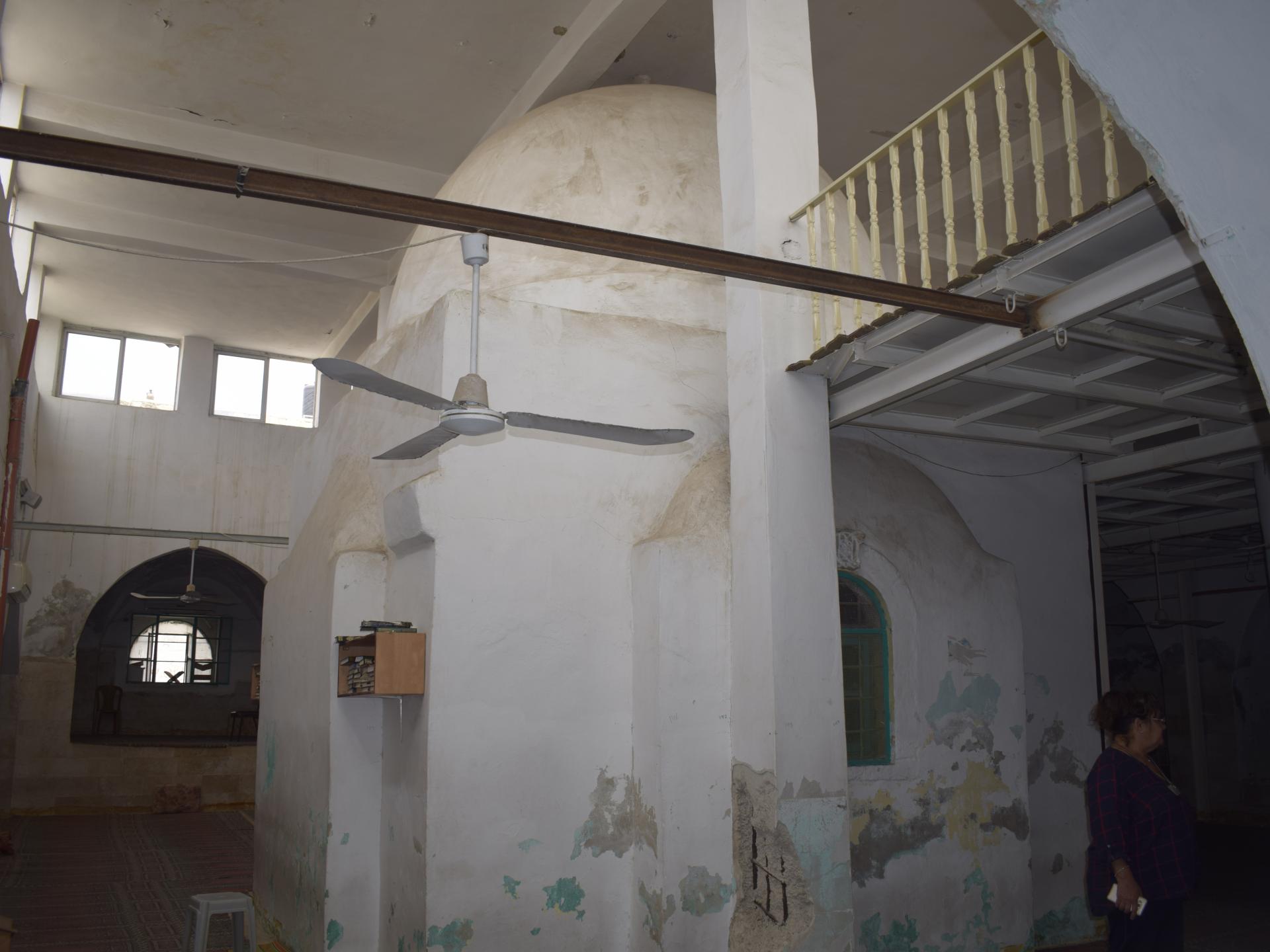 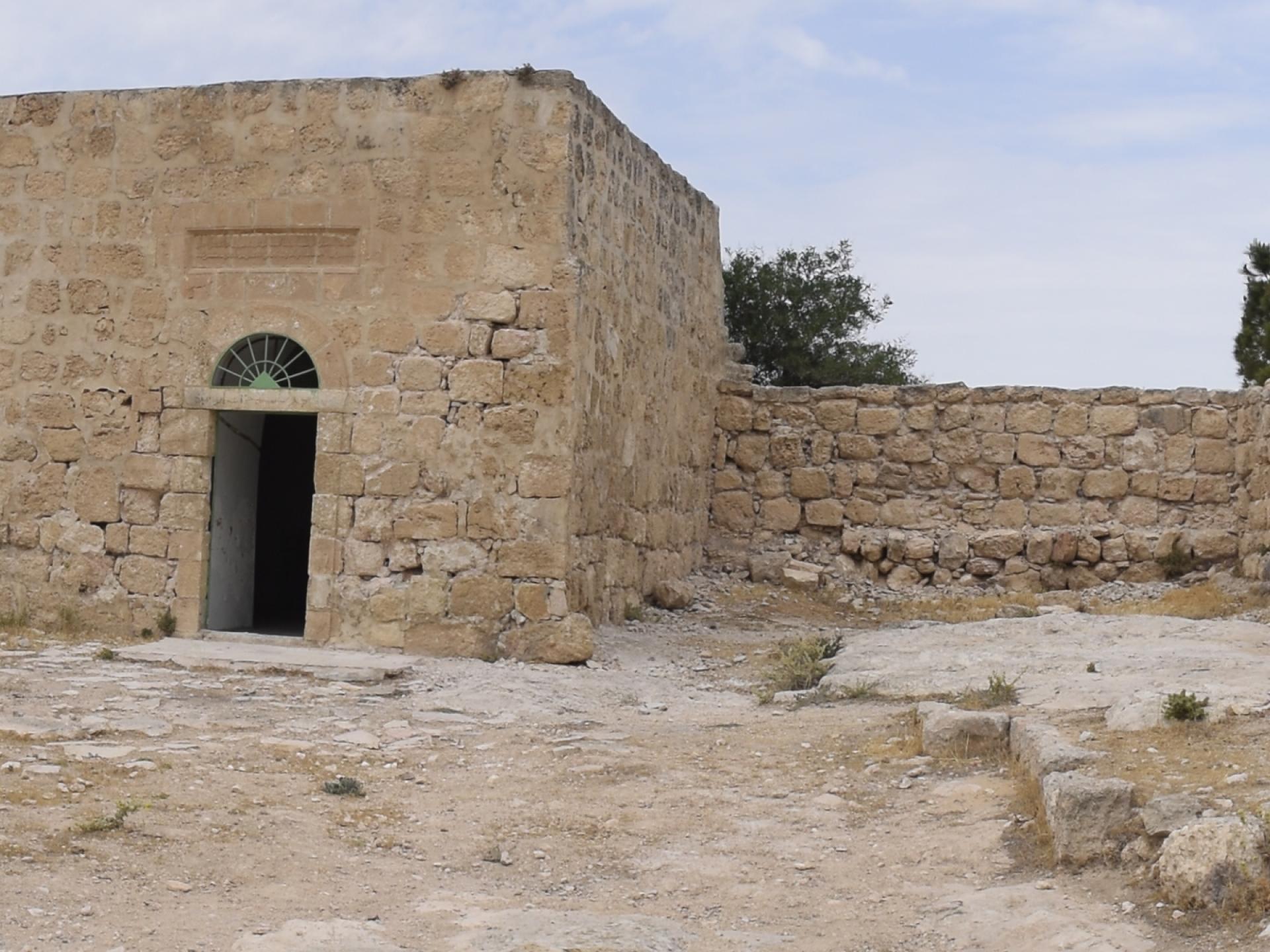